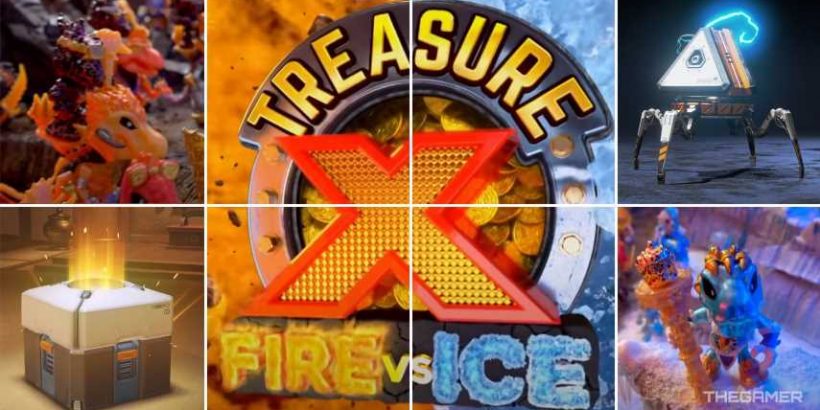 There may never be anything in gaming as universally reviled as the loot box. Our universal disgust for the most manipulative of all microtransactions is one of the only issues that virtually everyone will come together to condemn. Though loot boxes are now illegal in four countries and are practically non-existent in any form outside of sports and mobile games, their real-life counterpart, the blind box, is more popular than ever before. One particularly unique style of blind boxes has become an international sensation. Called Treasure X, this brand of activity-focused blind boxes has managed to take a lot of the sting out of loot boxes by adding value to the product beyond the simple thrill of the gamble. There’s still a healthy amount of unsavory business practices at play, and the actual prizes aren’t nearly as valuable as the packaging might imply, but Treasure X’s inventive approach to loot boxes could certainly teach the game industry a thing or two about how to monetize cosmetics in a way that respects the players.

Blind boxes are nothing new of course. You can find any variety of collectibles from plushies to keychains to action figures hidden in blind bags and boxes and sold en masse at your local comic or toy store. And while video game loot boxes and blind boxes are essentially the exact same thing, blind box products have greater inherent value just by virtue of being physical rather than digital. You can hold the prize from a blind box, display it on a shelf, trade it, or sell it later to make a profit. The digital goods earned from loot boxes, for the most part, are not a commodity in and of themselves. You can’t trade or sell Overwatch skins and you can’t put your Mario Kart Tour characters on a shelf to admire. Most of the value from a loot box comes from the excitement of opening it and discovering what’s inside.

Blind boxes don’t get the same kind of bad press, but that doesn’t mean they aren’t problematic. Blind box products are typically fairly overpriced compared to the cost of the collectible itself. What’s more, if loot boxes in video games are considered gambling, then collectible blind boxes certainly are as well. They might not be as easily accessible to kids as Apex Packs in Apex Legends, but there’s no denying that they tickle the same risk-reward part of your brain. 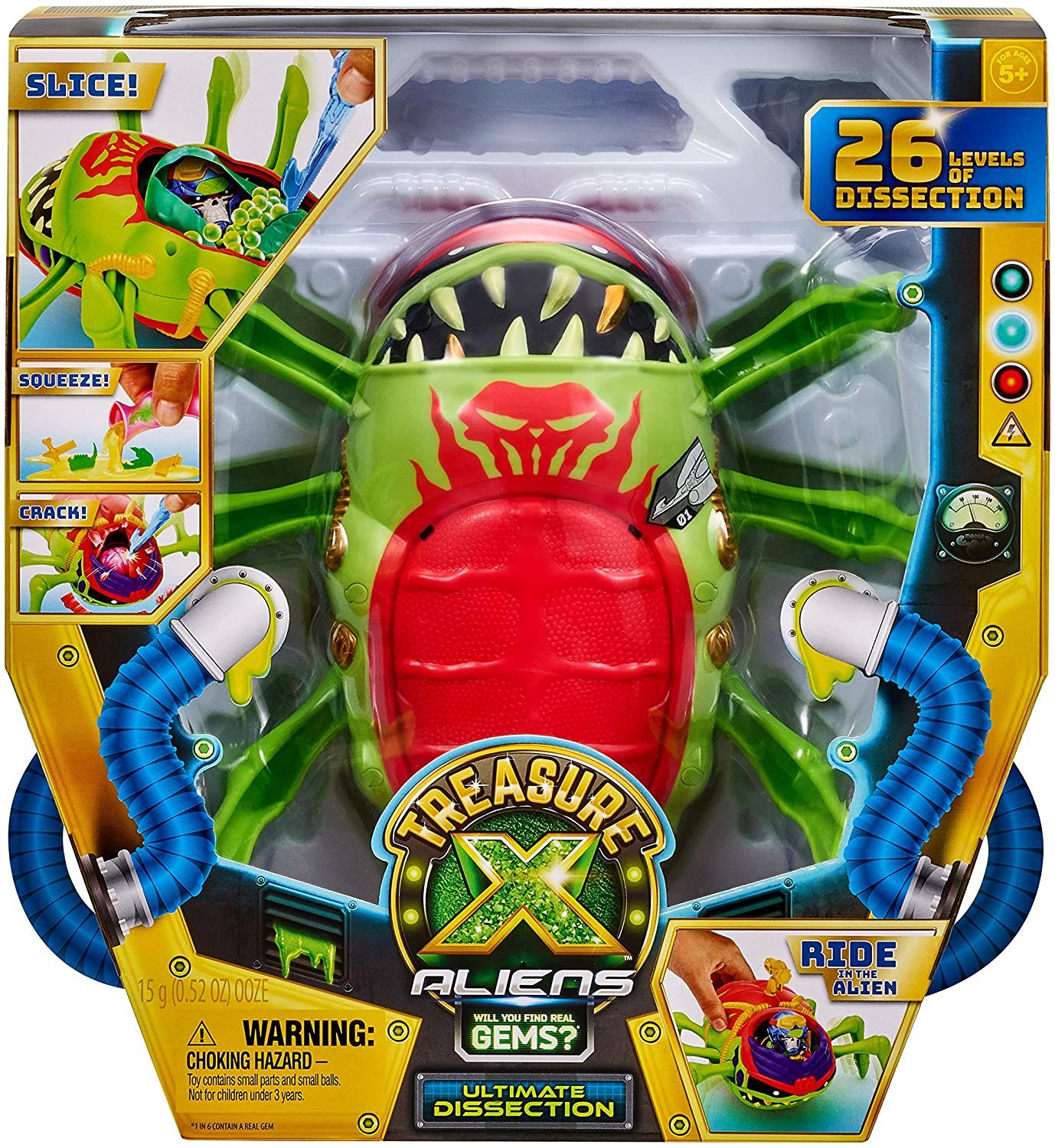 Treasure X products reinvent the classic blind box in a few major ways. These products escape the questionable nature of mystery collectibles by answering the question “what if the box itself was better than the actual prize inside?” Head to any major department store or supermarket and you’ll find multiple shelves filled with a wide range of Treasure X products, each one with its own unique take on the blind box opening experience. Treasure X products incorporate kid-friendly science experiments and arts and crafts activities with the thrill of opening open a surprise collectible and finding out what’s inside.

Each Treasure X product is billed as an adventure. The simplest and most familiar product is called Dino Gold (or alternatively Ninja Gold, Dragon Gold, or King’s Gold depending on which version you get). Each Dino Gold package comes with a solid block of sand and a little excavator tool that you can use to dig out the plastic pieces hidden inside. Once assembled, the pieces form a small collectible action figure. There are common and chase variants to find, just like a typical blind box, but just the simple act of searching for the pieces and assembling the toy yourself seems to add a tremendous amount of value to it. There is also a tiny plastic “artifact” you’ll dig up while excavating each dino. This is Treasure X’s silver bullet and something you’ll find in every single product the company makes: this artifact might be dipped in actual, real gold. 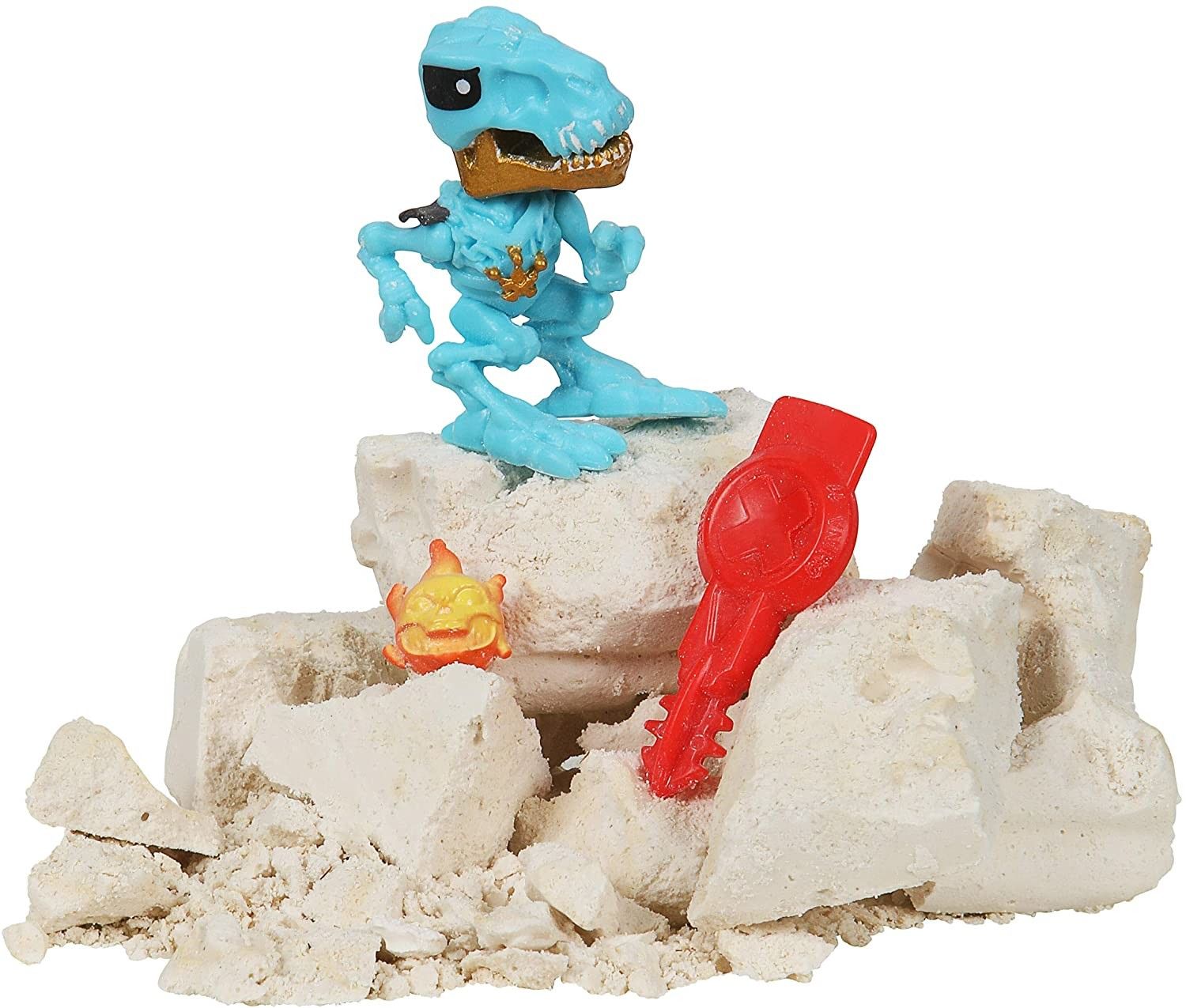 As silly as digging for a tiny piece of gold in a pile of sand sounds, it’s certainly eye-catching on a store shelf in the toy aisle, and it’s been successful enough for Moose Toys, the company behind Treasure X, that’s its been able to produce dozens of different blind box experiences like this, each more elaborate than the next.

One of the most popular Treasure X products is called the Sunken Gold Shark’s Treasure. This is a plastic shark inside of a long bottle that you’ll need to break open to retrieve. Inside the shark’s mouth is a collectible action figure. Then, you’ll need to cut open the shark’s belly to find its gut sack and the treasure chest. The gut sack is a plastic bag filled with slime and the pieces you need to build a saddle on the shark so that your action figure can ride it around. Finally, the treasure chest can be submerged in water which will cause it to fizzle like a soft drink just before the treasure pops out of the chest, revealing whether or not you got the gold-dipped prize. 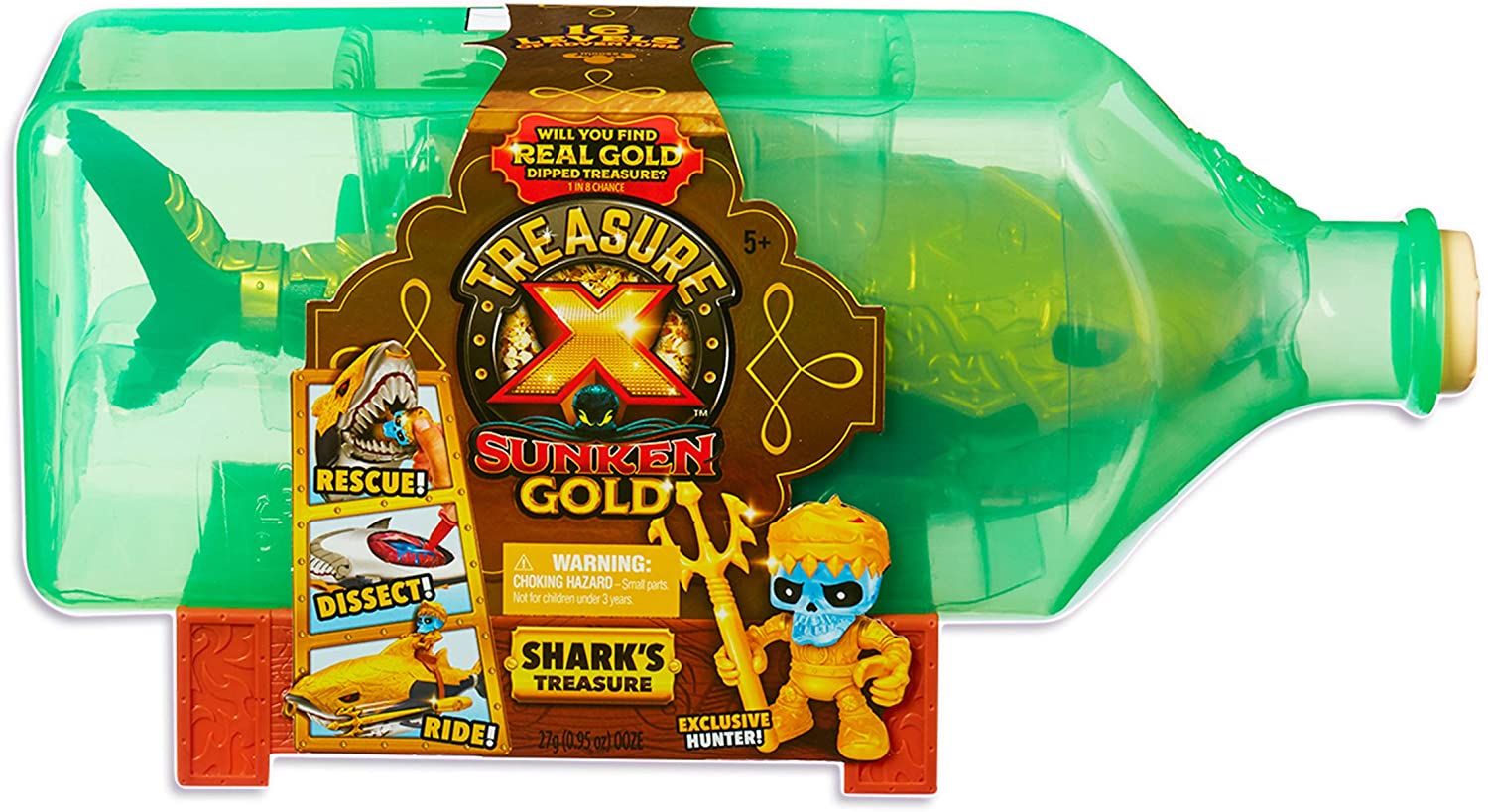 When you open up a Treasure X product, it never feels like a rip-off if you don’t get the prize you were hoping for. There are a lot of layers to the value of something like the Sunkey Gold Shark’s Treasure, and most of it comes from the actual experience of opening it. Some products let you build a little volcano or create your own slime, while others involve dissecting alien monsters to rescue collectible critters from its slimy intestines, but every single Treasure X product is so much more than a simple box you open.

It’s not a perfect solution to the loot box problem of course, and I do think Moose Toys over promises a bit on the packaging. As you might assume, any “actual” gold or gems you find in any of these products is practically worthless. The brand also has a really bad habit of inflating how much you’ll actually get out of each product with it’s “Levels of Adventure” advertising. Something like Sunken Gold Shark’s Treasure is said to have 15 levels of adventure, but only if you consider cutting around its belly, removing the plastic, and then taking the treasure chest out of its belly to be three separate adventures. I get that the big numbers and the promise of gold look attractive on the package, but it’s fairly misleading and totally unnecessary, especially considering that what you actually get is pretty reasonable for the price. These tactics hurt the legitimacy that Treasure X otherwise deserves. 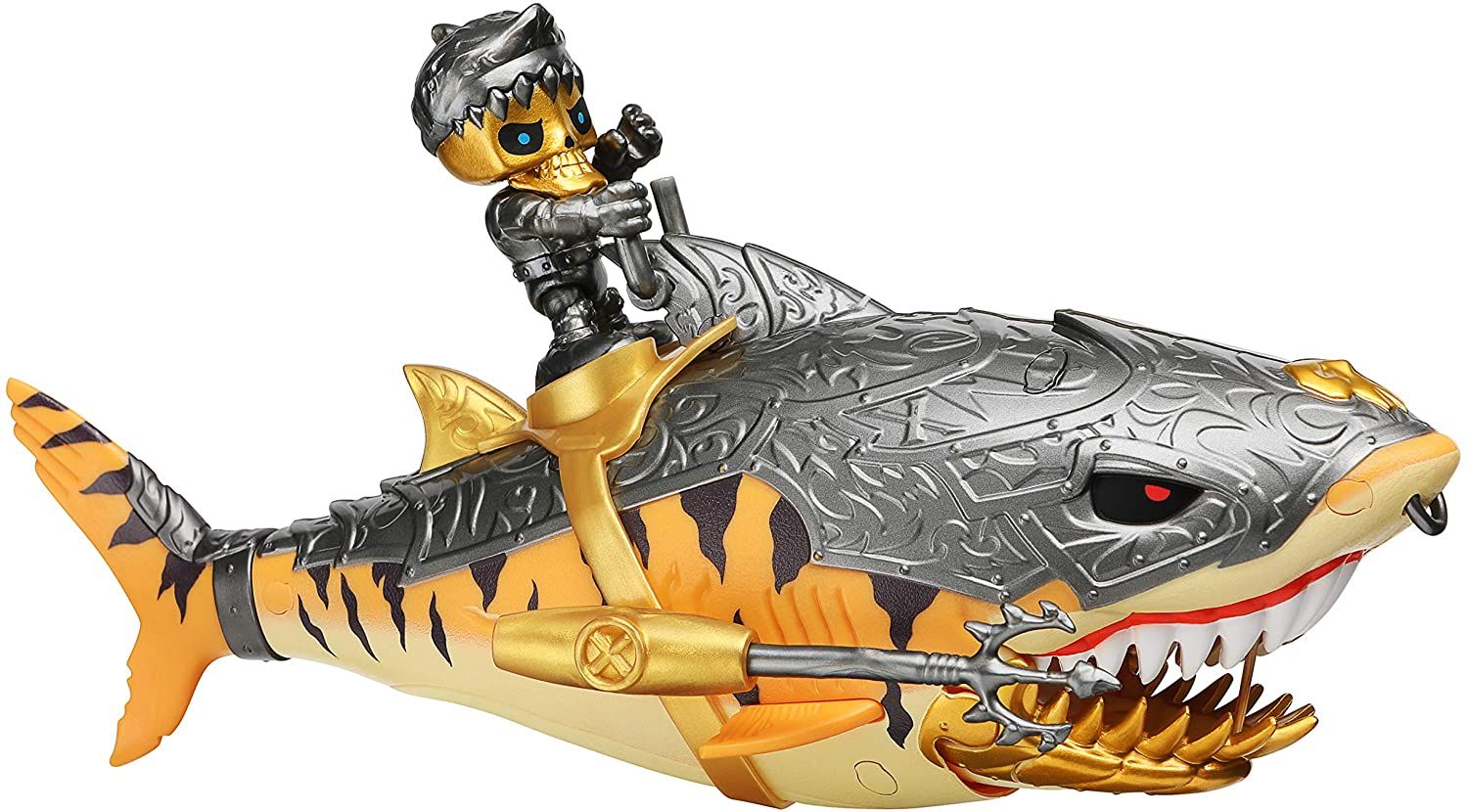 Aside from mobile games and sports games, loot boxes have been mostly replaced with battle passes, but Treasure X clearly demonstrates a path forward for video game loot boxes. We know that slot machines have proven to be an unwelcome and predatory way to sell cosmetics, but I think there is still room for creative microtransaction experiences that reward players with mystery prizes. So long as the value extends further than the prize itself, as is the case with Treasure X, I don’t see any reason why we have to give up the thrill of opening loot boxes entirely. Treasure X is a product line specifically marketed to children yet every parent I know thinks they’re great. It’s an interesting look at what example of what loot boxes could have been, and might someday be.