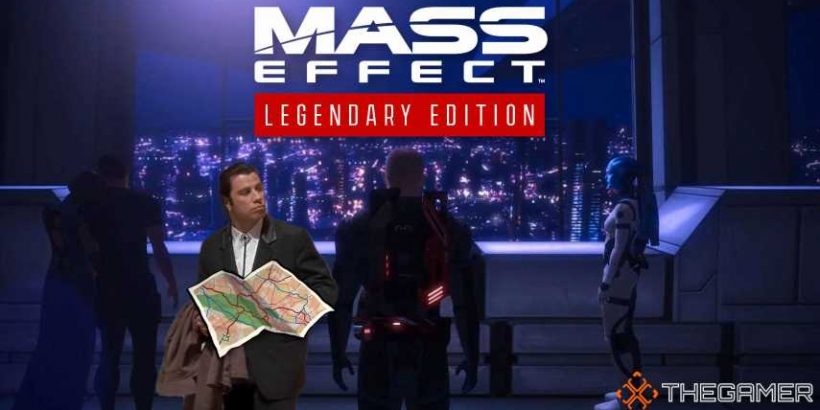 Minimaps and quest markers are common features in most video games nowadays, although things weren’t always that way. The old isometric Fallout games didn’t have quest markers, and some people even think the addition of them ruined the modern games a bit. Instead of looking at where you are, quest markers force you to look ahead like a horse with blinders on. I’ve recently started Mass Effect, trying to plug yet another shameful gap in my game knowledge, and noticed not only are there no quest markers, but the minimap is also absolutely awful.

While the Legendary Edition has been updated with some proper controller support, the minimap still provides no information save for quest-givers/objectives and enemies. There’s no topographical information, no room borders, nothing. It’s just a blank space that may as well not exist. I noticed its shortcomings during the opening missions on The Citadel. Fortunately, the game does a great job of overcoming the terrible minimap, and I’ve begun to wonder if this was a deliberate choice. The thing is, since I can’t rely on a convenient map to get around, I pay a lot more attention to the space I’m in rather than spending most of my time looking at the map in the corner or a quest marker in front of me. 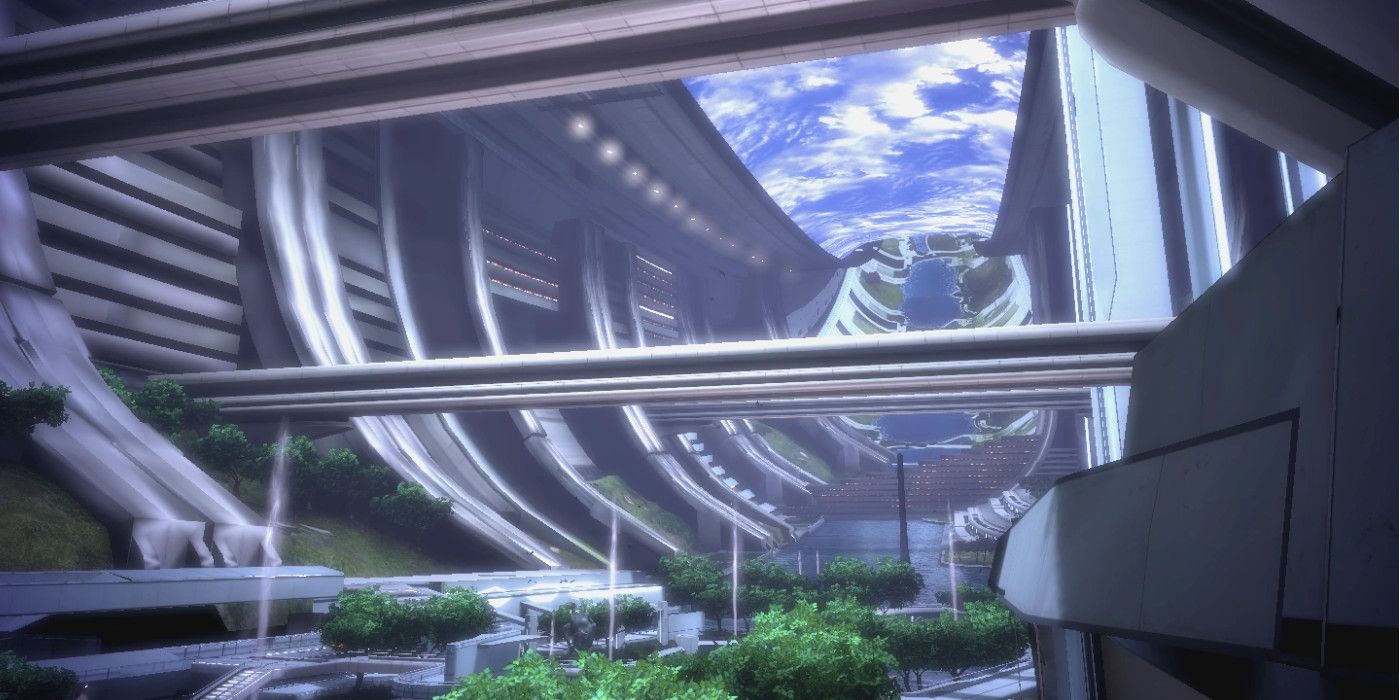 In Mass Effect, when a grieving husband tells me that the officer who can release his wife’s body back to him is over there, and tilts his head up and to the right, I know that my objective is up and to the right. I go up the stairs, and sure enough, there’s the soldier. It reminds me of a game called The Darkness, an old PS3 title that forces you to read street signs and pay attention to landmarks. Not that I skip cutscenes or dialogue, but Mass Effect has made me pay far more attention to the body language of the people I’m talking to, and I really appreciate that. The game draws me in because the Journal doesn’t always accurately describe someone’s location, meaning I have to actively listen and watch when I’m talking to a quest giver.

In some large open world games, a lack of proper minimap is quite a detriment. Skyrim is a big example. In the huge mountainous lands, you’re given an arrow on the top of your screen and little else in terms of navigational aid. More often than not, that arrow will lead you straight up a mountain and down the other side. Fortunately, those hardy Nordic horses can handle it, but it feels somewhat against the spirit of exploration. Of course, this could be countered by proper road signs and detailed directions from quest givers, something that game is sorely lacking, meaning the game basically forces you to simply follow the quest marker. The newer Fallout games also have this same problem. 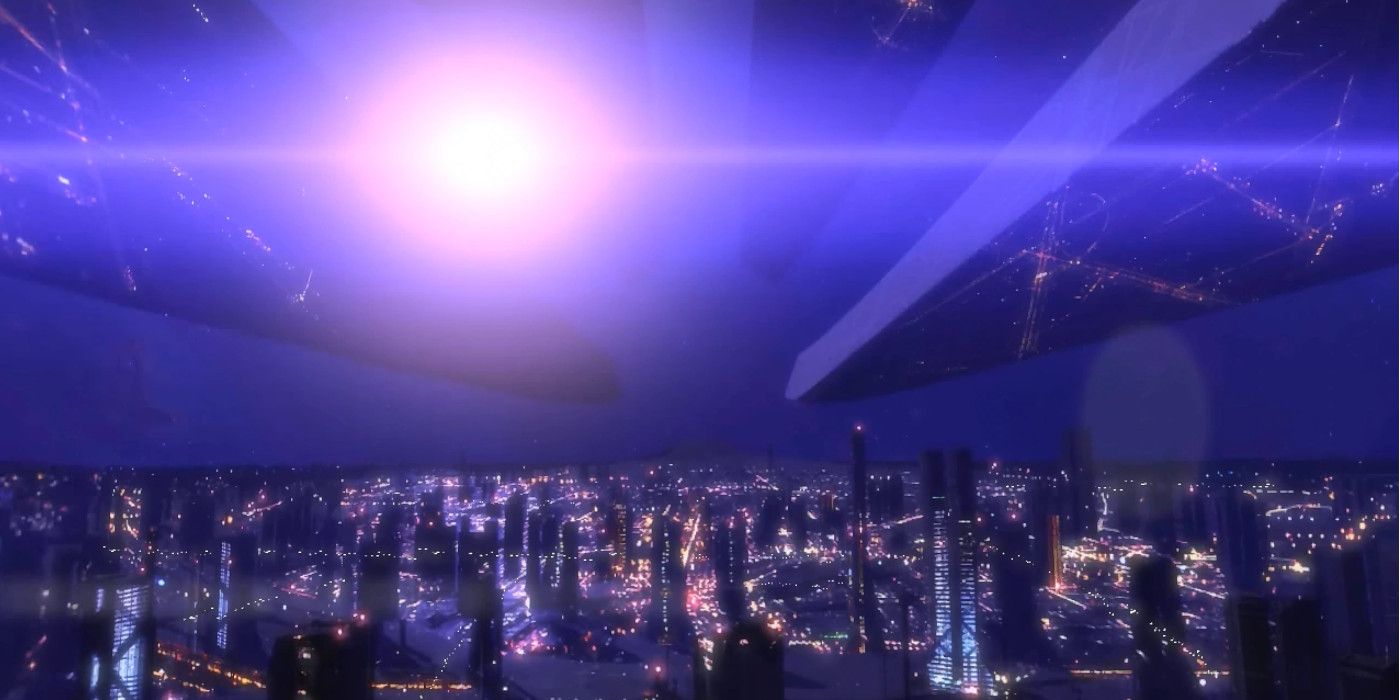 Fortunately, The Citadel has loads of bright neon arrows hanging about the place that tell you exactly where to go. The directions are concise and clear, meaning I actually follow them. By the time I’d gone off on a space adventure and come back to The Citadel to hand some quests in, I was walking around like I’d been born there. I’d spent so much time properly looking around while exploring that I actually learned the layout pretty quickly. It gives the space station a very concrete sense of place. I can close my eyes now and walk from c-sec all the way to Chora’s Den. It’s the same with the Normandy. The first time I could fully explore it, I did because I had to. Now I know it as well as a real commander would.

In Mass Effect, I walk around The Citadel the same way I walk around a real city – with my head up and on a swivel. Ironically, the only time I’m not doing this is when I’m looking down at a map on my phone. See how immersion-breaking they are? They even ruin real life. Because I’m constantly looking around, I get to enjoy my surroundings and the stark contrast between the Presidium and the Wards. I actually notice the statues and the bright sky in The Citadel’s inner ring, and I can marvel at the outstretched arms of the Wards when I’m walking to the markets.

While a good minimap is always welcome, it’s a nice change of pace to play a game that forces you to pay attention to who you’re talking to and look at your surroundings to find your way around. I feel a lot more at home on The Citadel now than I would if I had to constantly look at a minimap or a marker, and for that, I’m grateful. I’m not sure what Mass Effect 2 and 3 have in store for me, but I sincerely hope it’s not an improved minimap.