In horror, mystery and uncertainty are useful tools. However, when properly deployed, knowledge and context have even more power to transform simple scares into pure terror. Imagine you’re walking through a haunted house. Doors spring open every few steps, each one hiding a faceless corpse, and in the background you can vaguely hear the singing of a creepy voice. That’s pretty scary. Now imagine that all of those faceless corpses are replaced by the bodies of your friends and family, and the creepy singing is the voice of your first-grade teacher. Suddenly, your personal investment makes predictable horror elements compelling and chilling. This is a lesson Layers of Fear 2 never learns. It may excel at jolting you with quick scares, but the narrative and stakes are so obscure that real horror can’t take root.

This first-person experience sends players through a linear series of corridors and rooms that are ostensibly in a luxury ocean liner – but the aesthetic doesn’t hold its form for long. That’s not a bad thing; like the original Layers of Fear, a big highlight of this sequel is how it toys with your perception of your surroundings. Sometimes you’re in a forest, sometimes you’re in a house, and sometimes you’re in a dreamscape. Doors slam behind you, and when you turn around to check, new hallways appear where blank walls were before. This instability is exciting and the visuals can be striking, producing a few well-designed moments that I won’t spoil here, along with plenty of jump scares.

If you’re content with the shallow thrills that come from unexpected loud noises and quick flashes of disturbing images, then Layers of Fear 2 might be satisfying. If you want an oppressive atmosphere and creeping dread, those things never quite develop. You control an actor aboard the ship to star in a film, but your unraveling sanity blurs the line between reality and imagination. This setup raises questions I was eager to have answered, but the answers don’t enrich the tension. Instead, you scour the environment for collectibles like drawings and notes, and use those to assemble a fuzzy outline of a narrative – a process that doesn’t arm you with the relevant information at the right times.

Stories don’t always need to be explicitly communicated. Some games benefit from an ambiguous delivery, but Layers of Fear 2 isn’t one of them. It feels like a six-hour trailer for a real game, teasing significance with vague foreshadowing and ominous dialogue like, “There shall be a vast shout. And then, a vaster silence.” But those threads don’t converge in a compelling way, so at moments that seemed important, I was often left wondering what was happening and why. Players can eventually find those answers through new game+ and thorough exploration, but nothing kills a scary moment like relying on after-the-fact clarification to explain why the moment should have felt scarier than it did.

Beyond that narrative disconnect, Layers of Fear 2 also has some gameplay issues that are far more aggravating than fun. While you’re usually walking and poking around, a half-formed monster chases you at multiple points. These sequences are exercises in learning through failure; you can expect to die several times as you flee, and when you finally escape, it’s with a sense of resignation rather than victory. I was also frustrated by the conclusion, which factors in your actions to determine which of three endings you get. However, when you are making significant choices (or what you are even choosing) is poorly communicated, so the final scenes feel arbitrary – not like the end of a path you’ve decided to travel.

Watching people react to fright can be funny, and the original Layers of Fear found an audience among streamers because of its abundance of jump scares. This sequel has many similar moments, and they are more interesting and paced less aggressively, so players aren’t desensitized so quickly. At the same time, Layers of Fear 2 shares its predecessor’s narrative shortcomings; it drops multiple clues that hint at a unifying story, but the bungled delivery and atmosphere prevented me from connecting to anything beyond the surface scares. 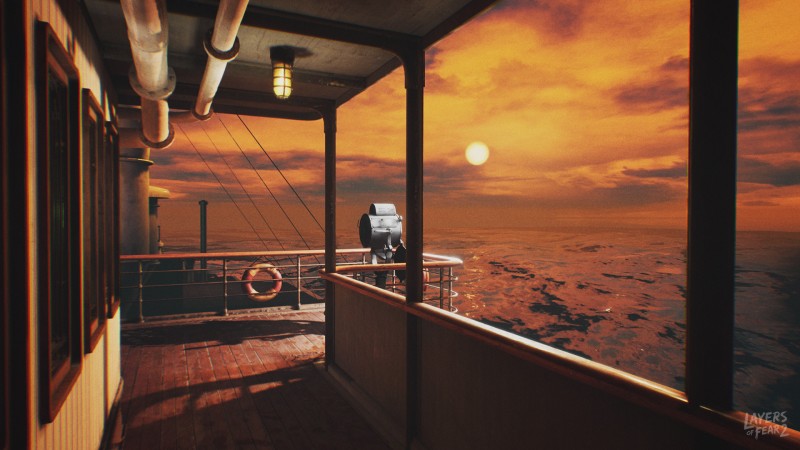 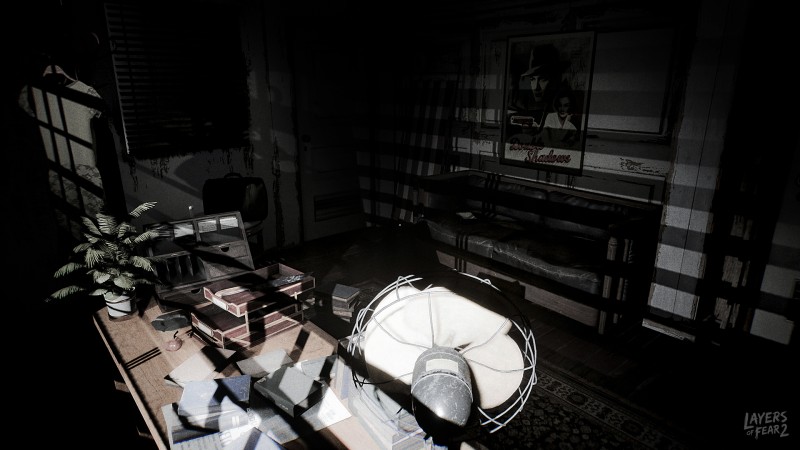 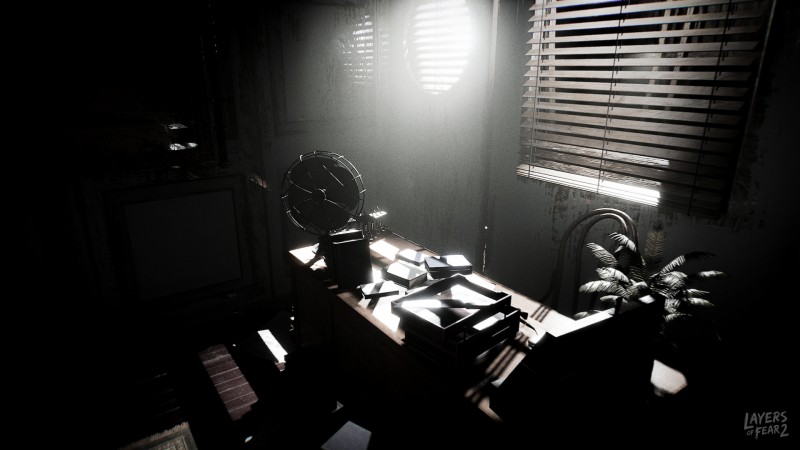 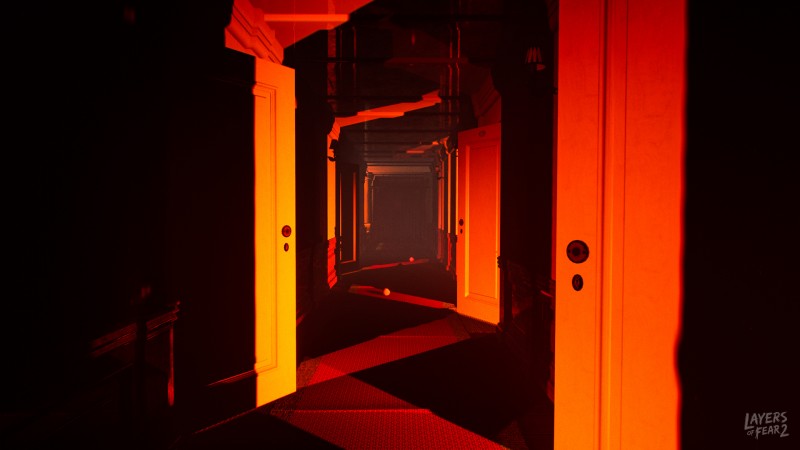 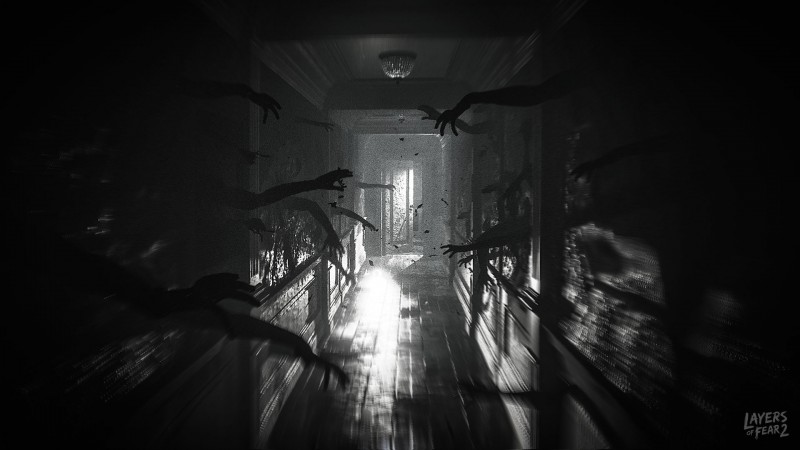 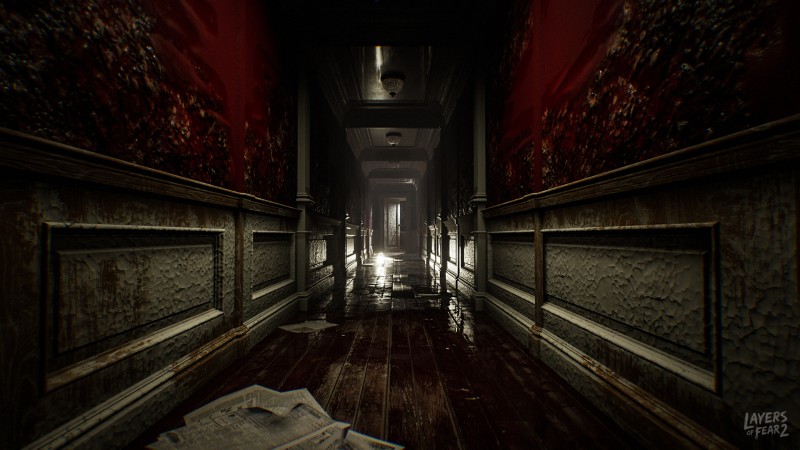 Layers of Fear 2 may excel at jolting you with quick scares, but the narrative and stakes are so obscure that real horror can’t take root.