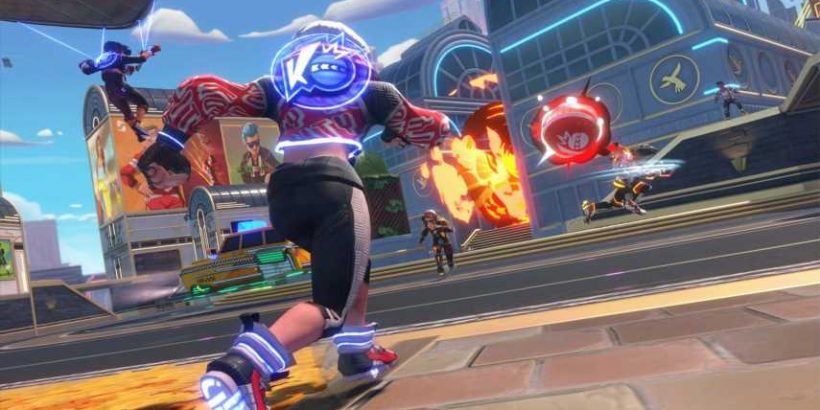 Knockout City is an odd gamble from EA. It’s not a battle royale, it’s not a looter shooter, and its entire concept is based around the game that everyone dreaded from high school gym class, dodgeball. It’s an unusual release from a triple-A studio since aside from those spin-offs in the Kunio-kun/River City Ransom franchise, dodgeball isn’t the type of sport that gets much love in video games.

Well, maybe it should. Because Knockout City is a surprisingly good time. With its quick, exciting gameplay mechanics that allow for some complicated plays and trick shots, this new multiplayer experience just might have some staying power. Of course, your enjoyment is going to depend on how tolerant you are of games desperately trying to appeal to the teens and tweens, which is something Knockout City does. A lot. 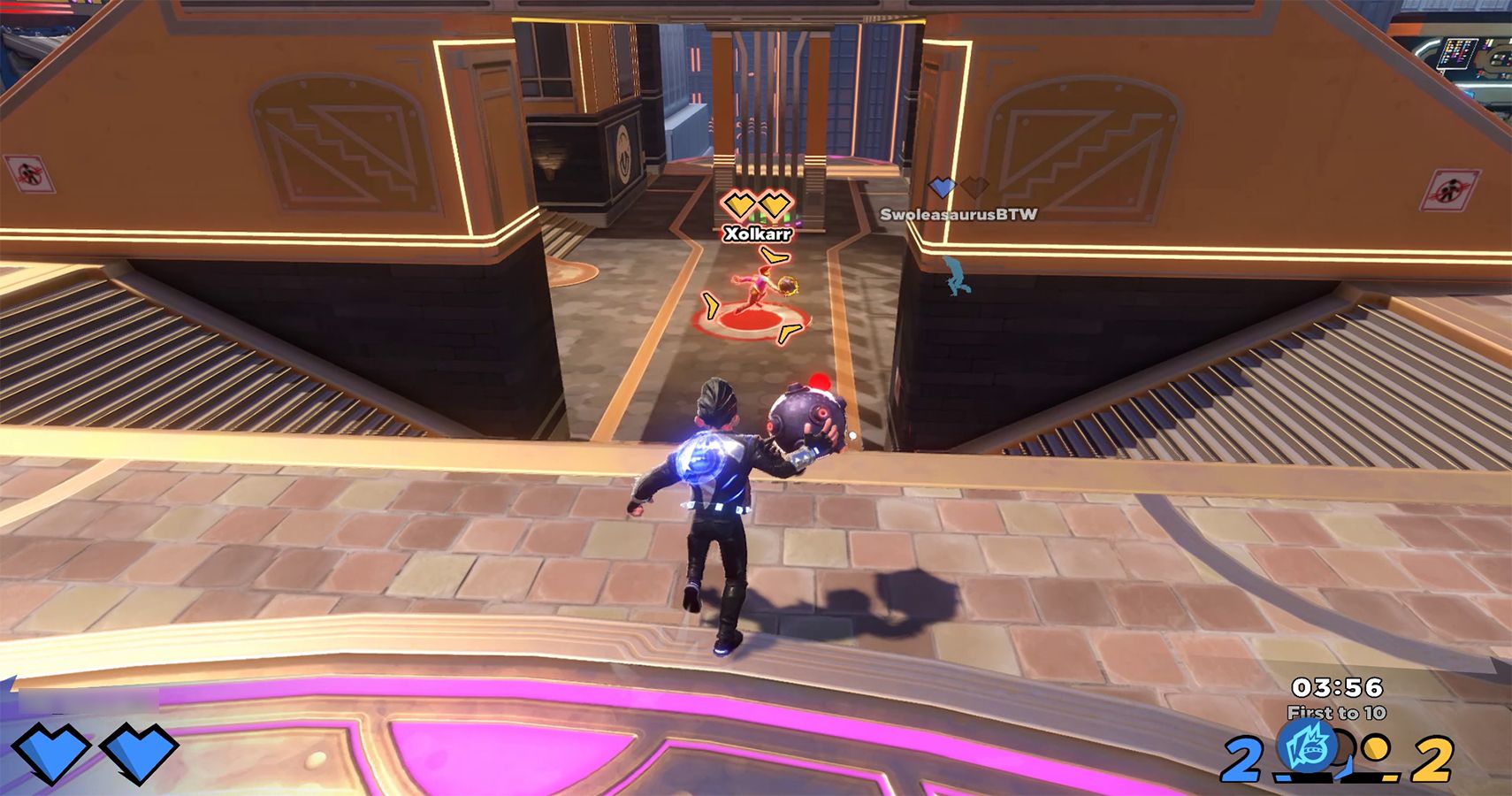 In Knockout City, two teams of three each compete in a hyperactive game of futuristic sci-fi dodgeball on a variety of maps. Each teammate has two ticks of health, which means they can be thwacked by a ball twice before being knocked out. There are different modes to play such as the standard 3v3 Team KO mode where the first team to get 10 knockouts and win two rounds is victorious. There’s also a diamond dash mode where you have to collect diamonds that appear after successful knockouts and a 1v1 mode if you’re feeling particularly confident in your skills. In addition, there will be special modes that will cycle in and out of rotation each week.

The gameplay mechanics are the epitome of “easy to learn, but hard to master.” While you can just grab a ball and throw it at your opponents, there’s a lot more to Knockout City than meets the eye. You have a variety of trick shots that change the trajectory of your ball. By using one of the special jumps at your disposal, you can curve the ball to go around corners or lob it at your enemies in a vertical arc. You can fake throw a ball to catch your opponent off guard. You can catch the ball when it’s thrown at you and if you time it to catch it at the last possible second, you get a perfect catch which allows you to throw it even faster. And as you would expect in a dodgeball game, you can dodge balls but the dodge can also be used to tackle members of the opposing team to knock a ball out of their hands or even send them flying off the level.

Then there are the different balls that you can use. These include an exploding ball, a moon ball that alters gravity, a cage ball that turns enemies into a ball to be thrown, a sniper ball that can be tossed long distances, and a multiball that gives you three balls at once. Or if you can’t find a ball, you and your teammates can contort into a ball form, which turns the player into a throwable ball. This can be used to activate a charged throw, which sends the ball-formed player high into the air so they can explosively crash down on the opposing team. 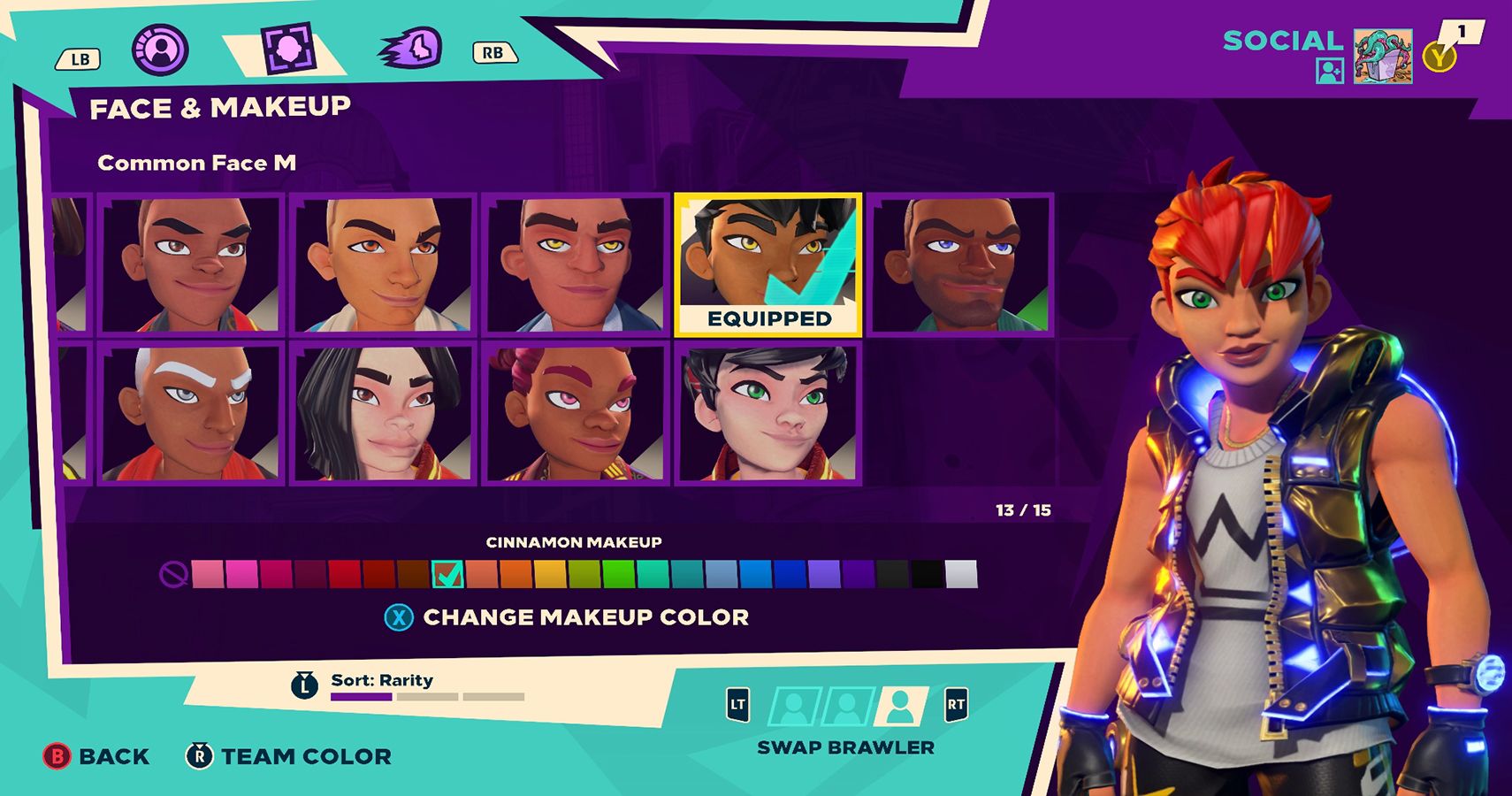 All these mechanics combine to create an exciting, face-paced multiplayer free-for-all. There are always balls flying in from everywhere and matches can get pretty hectic. The feeling of catching a ball that’s careening towards your face and then returning it to the thrower with a perfect curveball that knocks them out is exhilarating. There’s an addictive quality to Knockout City that had me coming back for one more round. It requires a decent amount of skill and teamwork to be good at this game as there’s plenty of mechanics to remember. Plus, there’s a pseudo season pass that constantly unlocks new rewards as you complete challenges. Since I’m a big fan of watching numbers go up, I found myself switching up my playstyle to earn more experience points. It reminded me a little of playing Rocket League in that it’s a simple concept but it has so many moving pieces that keep things fresh.

The only thing that isn’t fresh about Knockout City is basically everything else. It’s fun, but my god is this game’s style obnoxious. The art design is such a blatant attempt to ape Fortnite that I truly thought this was going to be some kind of battle royale before it released. Every character looks like a Bratz doll that’s dripping with a corporate-approved attitude. The levels are bright and colorful but aren’t all that pleasing to the eye and full of lame humor. In fact, Knockout City is practically swaddled in lame humor. From its “outrageous” dancing emotes to its DJ who broadcasts from the moon and wants the loser to buy him a burger, dude (DJ Atomica this guy ain’t.) Even the cosmetics aren’t all that compelling as most of them are just different colored jackets, hairstyles, and faces. Considering this has its own Fall Guys-esque cosmetics store, you’d think EA would have gone all out on the costumes.

I think Knockout City can survive being as annoying as it is based on its gameplay alone, but it does feel a little lacking in content. There are only five maps at the time of release and four modes. Most of the modes are fairly similar to Team KO with a few alterations, so there’s not a lot of variety. The gameplay is fun enough that I kept coming back for more, but I can see how it would be easy to get sick of this after a while. I have to assume that more maps and content are on the way as this is an ongoing live service game that EA wants to succeed. I just hope it all gets rolled out before players get sick of playing on the Galaxy Burger map. 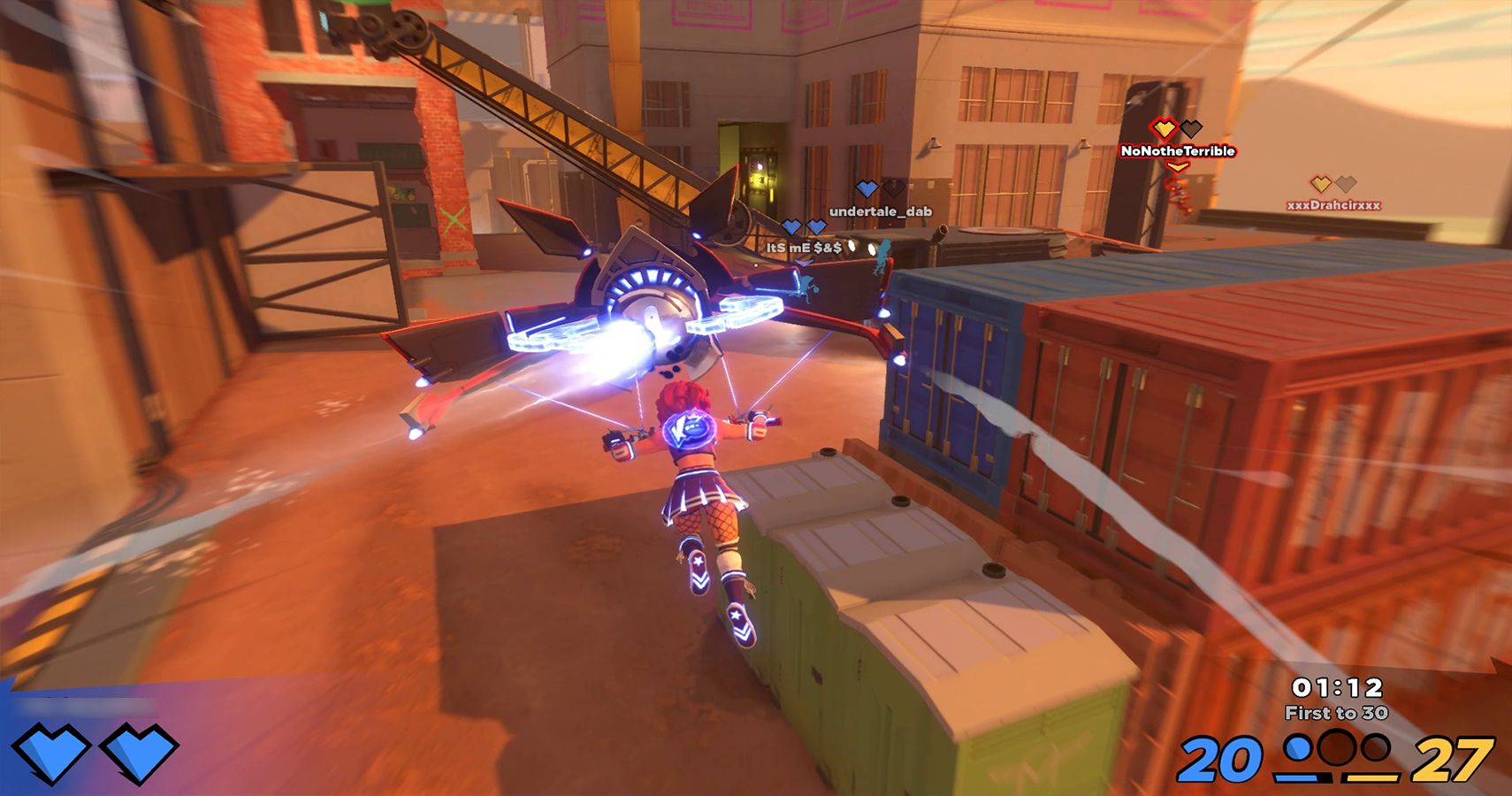 I liked Knockout City much more than I thought I would. For a game about cringeworthy, cartoon teens flinging dodgeballs at each other, the gameplay is deep enough to make matches competitive, difficult, and engrossing. I found myself screaming at the TV upon screwing up the timing of my catches or failing to connect with one of my tackles. Conversely, faking an opponent out and then knocking them out with a well-timed curveball is immensely satisfying.

If it wasn’t for its awful art style and attitude that screams “look how rad we are fellow teens!” then I’d probably like it a whole lot more. But as long as it adds more content, I can see this gaining an audience with players who are really into over-the-top sports games like Rocket League. Just remember the five D’s of dodgeball and you’ll have a fun time in Knockout City.

A PC copy of Knockout City was provided to TheGamer for this review. Knockout City is available on PC, PS4, PS5, Xbox One, Xbox Series X/S, and Nintendo Switch.