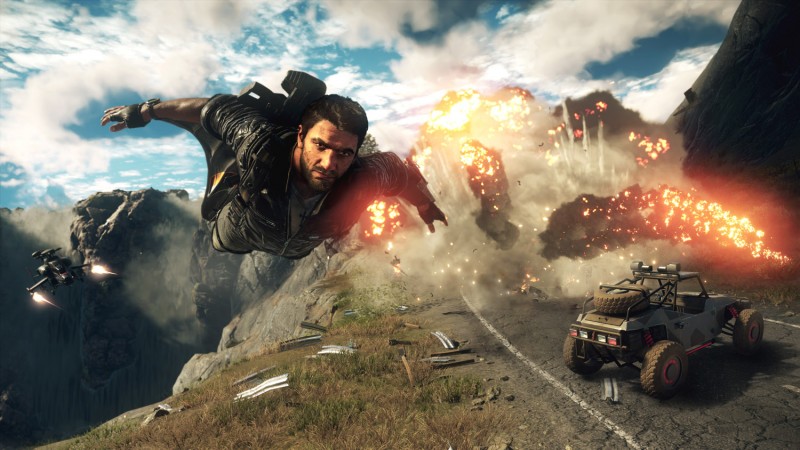 Following in the footsteps of Detective Pikachu, Rico Rodriguez is next to recieve the movie treatment.

German production company Constantin Film has acquired the rights to the Just Cause game franchise, eyeing the potential for a film franchise. Coming just a day after the announcement of John Wick 4, John Wick creator and writer Derek Kolstad has been signed to pen the script. Just Cause isn’t the first Square Enix adaptation Kolstad has been attached to, either. In 2017, he was attached to write the pilot for a Hitman TV series for Hulu, though there is no word on the show’s current status.

This is not Constantin Film’s first foray into the world of game adaptation, as the company is responsible for Paul W.S. Anderson’s Resident Evil franchise, which has netted over 1.2 billion dollars worldwide. This news also follows the $300 million dollar success of Warner Bros.’ Detective Pikachu.

The movie will closely follow the game’s story, as Rico Rodriguez struggles to dismantle a lethal mercenary group called ‘The Black Hand’. While the casting for the film has not been announced, Aquaman star Jason Momoa was slated to fill Rico’s shoes as far back as 2017, and no announcements have been made as to whether or not he is still attached to the project.