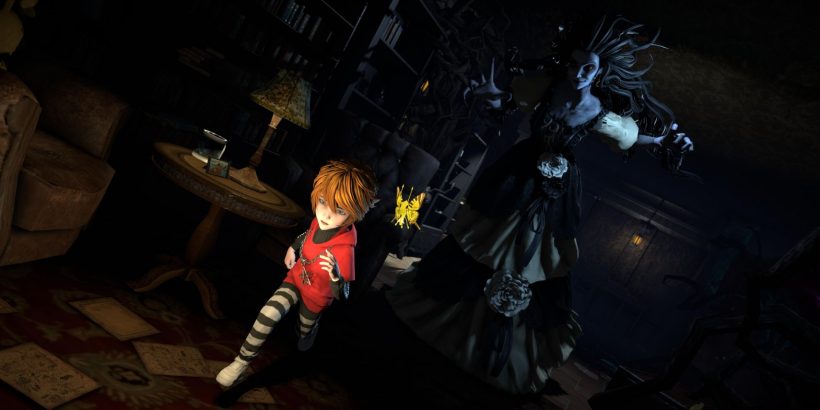 Developed in association with PlayStation’s China Hero Project, In Nightmare is an upcoming horror-adventure game from Shanghai-based Magicfish Studio. The story centers on a young boy as he attempts to navigate the labyrinthine recesses of his own mind. The world he creates is a horror-tinged dreamscape in which he must use real logic to overcome surreal obstacles, all with the ultimate goal of discovering the source of his own fear.

Impressed by the captivating horror world revealed in In Nightmare’s official gameplay trailer, we sat down for a chat with Magicfish Studio CEO Fan Yu. As well as In Nightmare, Yu discussed how the Chinese development scene is growing for various reasons, including the astronomical success of Genshin Impact.

TheGamer: Please give us the elevator pitch for In Nightmare – what makes this game stand out in the competitive horror genre in the marketplace?

Fan Yu: In Nightmare is a narrative-driven horror-adventure game where players will be sneaking and escaping as part of the main gameplay mechanics. It combines reality with fantasy elements, depicting a dark fairy tale atmosphere. In the game, the player is a child who has experienced the effects of a broken family and the heartache it brings, and dealswith trauma in the dreamworld where his subconscious transforms his fears into nightmares. In the deep and dark inner world governed by the nightmares, the playerneeds to uncover the truth of reality by finding lost memory while avoiding beingcaptured by the nightmares.

TG: Tell us about your protagonist – what is the boy’s name and why is he trapped in this nightmarish landscape?

FY: His name is Bill. Experiencing the effects of his family breaking up, he feels a lack of love and grows lonely and sad. He’s suffered too much from his past trauma and has closed his heart before falling into a deep slumber. His subconscious then creates thenightmarish dreamworld that he has to navigate in the game.

TG: Bill is suffering from a childhood with a broken family. What issues plague the boy and how are they reflected in the level design and art? 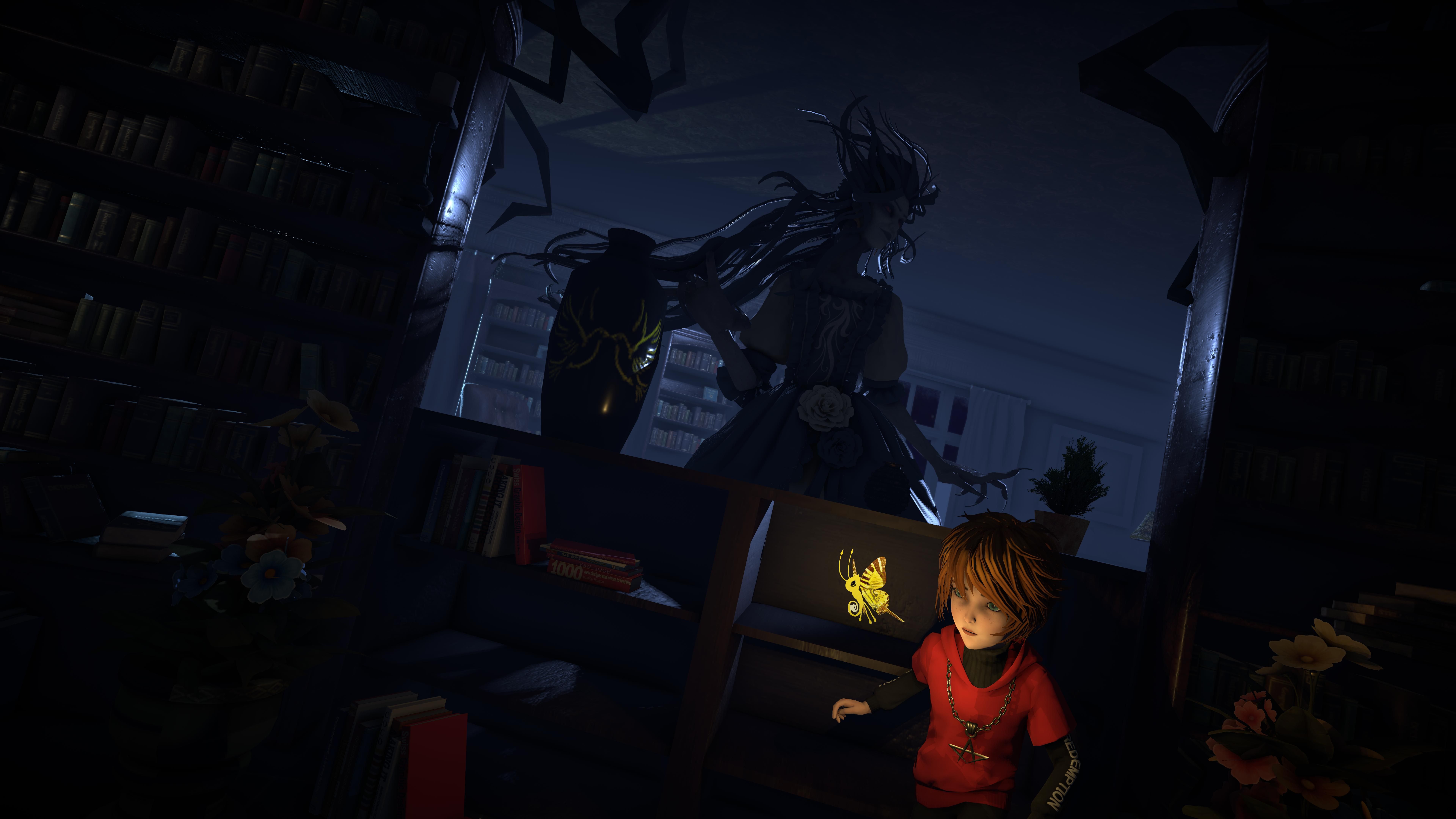 TG: Did you perform any research on childhood trauma and broken families? If you feel comfortable, is this from a personal experience?

We learned a lot about the various cases of traumas that broken families and ordinary families bring to children. The game also naturally absorbed some of my own experiences. What I want to express more is that people will confront all sorts of troubles in the process of growth, but that it does not dictate what kind of person you may become. In the game, there is more than one trauma world, and in each one’s process of growth, there may be more or less similar experiences or resonance. It will make us recall how to overcome these shadows in childhood or youth.

TG: What inspired you to make this game? How did the idea come to be?

FY: I like playing suspense and thriller games because they always stimulate my curiosity.[With] the aid of imaginary scenes and monsters, these games explore some topics of human nature or touch the deep feelings of the inner heart. At the demo stage of the game, I wanted to create a game that would be full of imagination and could get people to think after playing it. [A] dreamworld is the best place to reflect trauma from childhood,and many ideas can be transformed into physical monsters in it. We try to present agame atmosphere where the player can find a balance between fear and curiosity.

TG: How does the dream spirit help you in the game?

FY: The Dream Spirit is an imagined friend created by the protagonist when he was lonely in reality. In the dreamworld, the Spirit accompanies him to confront the endless darkness and fear of the nightmares. It plays an important role when players adventure in thethe game, such as exploring unknown areas, discovering hidden objects, and sensing thethreat of enemies.

TG: What kind of puzzles can we expect in the game?

FY: A player can operate both characters “Bill” and “Dream Spirit” to solve puzzles at thesame time, which presents interesting challenges. 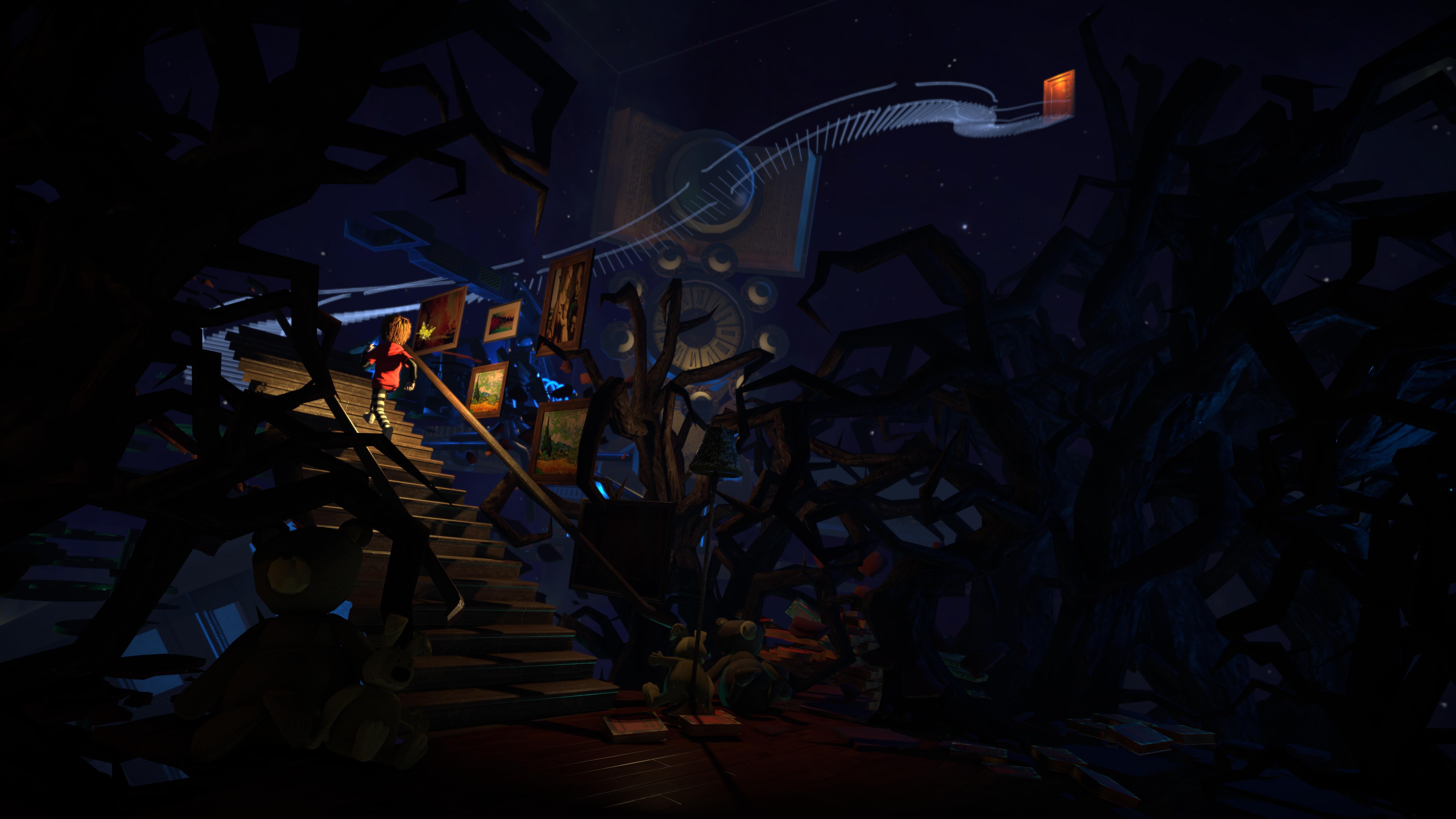 TG: Will there be any collectibles to find that give us more context about the story?

FY: There are a lot of story fragments that players can collect as the game progresses.These story segments tell Bill’s experiences [from] different perspectives. Players will learn about the whole story when they collect all these fragments. Some of the key segmentscan even affect the ending of the game.

TG: Was the art design inspired by any films or other forms of media? We definitely get a Coraline or Tim Burton kind of feel with In Nightmare.

FY: Yes, works like Edward Scissorhands, Sleepy Hollow, Dark Shadows, and Corpse Bride give us a lot of inspiration on image creation. In general, we hope to create the art style of a dark fairy tale, but we want to pursue a balance between exaggeration and reality. The proportions of characters and surroundings in the dream tend to be more real, but the color and lighting of the game are cartoonish exaggerations. And the movie series “It” also gives us a lot of inspiration. We imagine what the monsters of nightmares would look like if they are materialized in reality. At the same time, their performance should not be too scary. 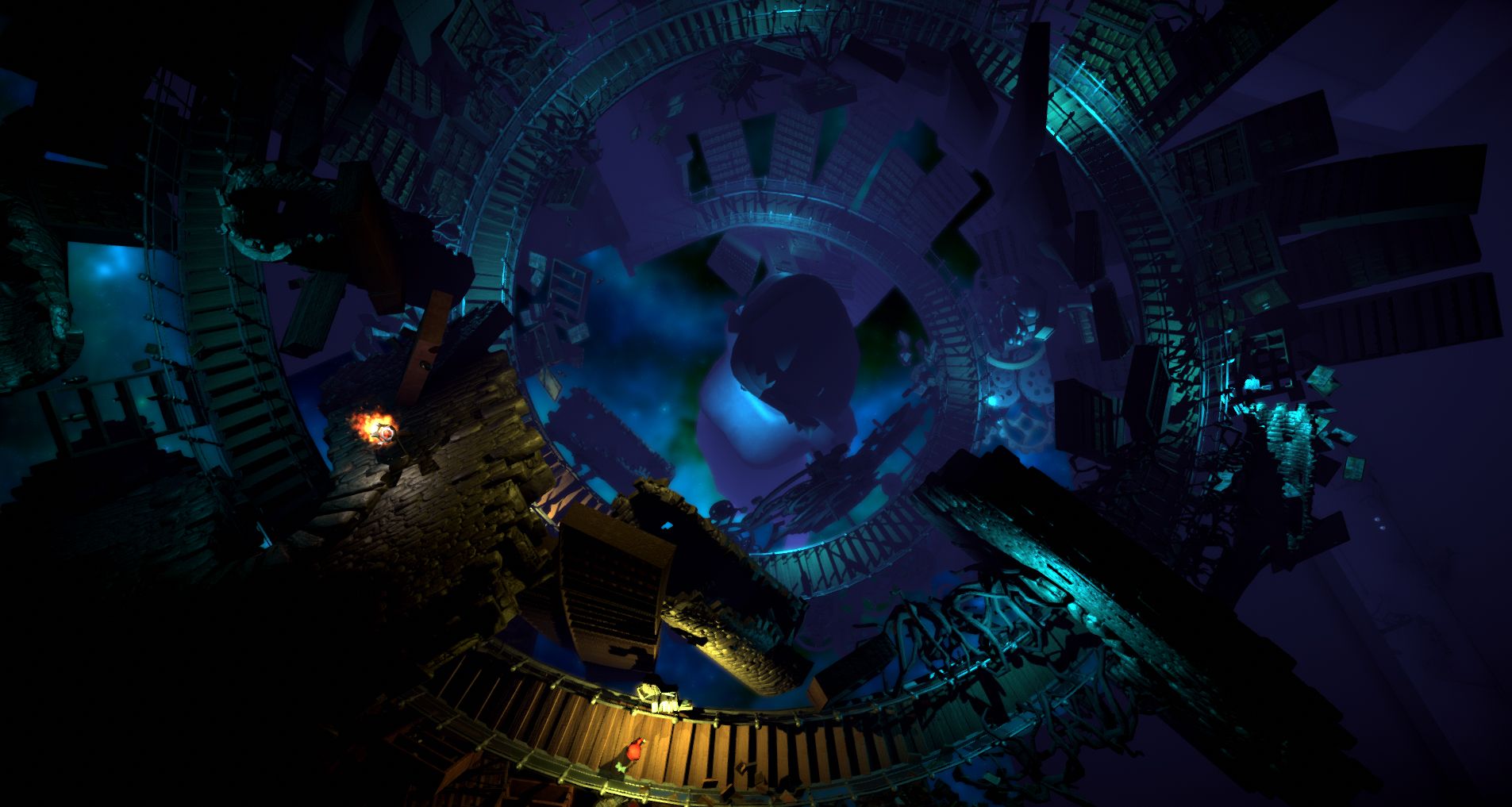 FY: The game will mainly present the plot in the form of text, and there is no plan to add voice acting. The dream will be lonely and quiet, giving the player freedom to experience the plot.

TG: In a horror game, the sound is typically the most important element. How did you approach the sound design of In Nightmare?

FY: As a whole, we want to process the sound to give the scene a more profound and expansive feeling, and we try to make the sound interactive with the surroundings. In addition to creating atmosphere, [the] sound is heavily integrated into the gameplay, and the player needs to use sound to determine the state of enemies and whether they are safe or not. Besides, the sound can help the player pick up on a lot of game hints.

TG: Were there any challenges in localizing the game to Western audiences

FY: The biggest challenge may be that we don’t know much about Western culture, habits, trends, and even taboos, so there exists a big challenge in terms of subject selection and content creation. We worry about whether the characters or plots we create will be accepted by Western players. At the beginning of the creation of the game, we hoped the game would be accessible to players around the world without being limited by too many regional differences and cultural differences. Therefore, we chose the perspective of describing people’s emotional trauma, pain and celebrating the light of human nature as the subject of the game.

TG: Do you think Chinese developers have more of a chance to succeed in the gaming landscape worldwide than five years ago? Why or why not? Has the success of Genshin Impact given the region more aspirations?

FY: The game conditions in China have indeed changed a lot, and the Chinese players’ demand for the quality of game content has increased significantly, which drives more and more developers to create high quality content and invest more time and resources into it. A lot of great games have been developed in China in recent years. We are happy to see the success of some Chinese games. It does encourage us to be more focused on creating great game content and sharing it with players all over the world. Whatever the future, I think it will change in a more positive direction. 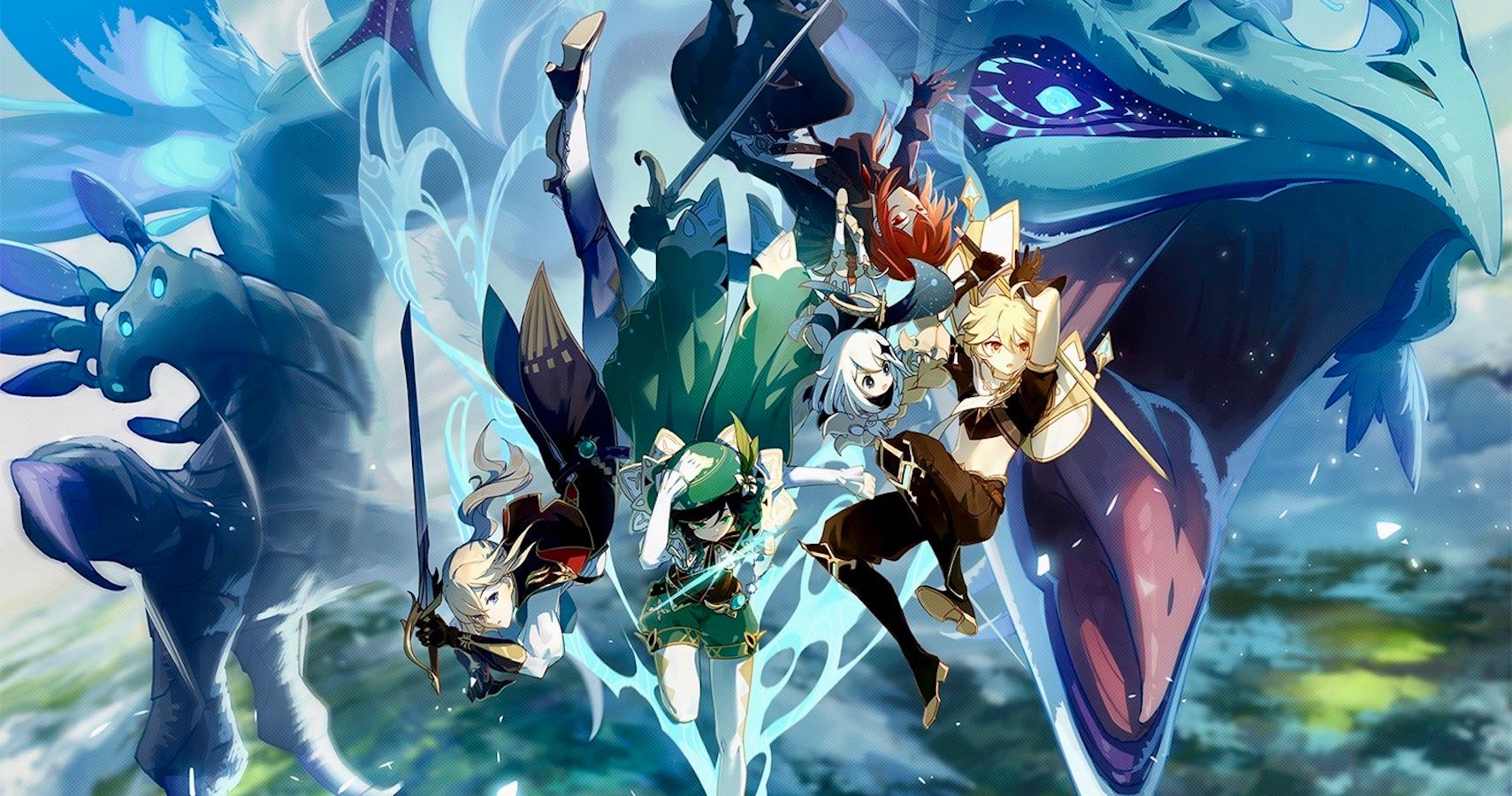 TG: Will In Nightmare be strictly a PS4 exclusive? Could we see a console port on Xbox or Switch later on? Maybe PC?

FY: We are very fortunate to have been able to partner with PlayStation China in their China Hero Project and as part of that partnership, In Nightmare is a PS4-exclusive title at launch. That is the only news we have at the moment.

TG: Will you optimize the game at all for PS5?

FY: At the moment, we are focusing our full efforts on ensuring the PS4 release is of the highest quality.

TG: Is there any DLC planned?

FY: At the moment, we are focusing on delivering top quality for the main game.

In Nightmare is releasing exclusively on PS4 later this year. No exact release date has been given as of this writing. 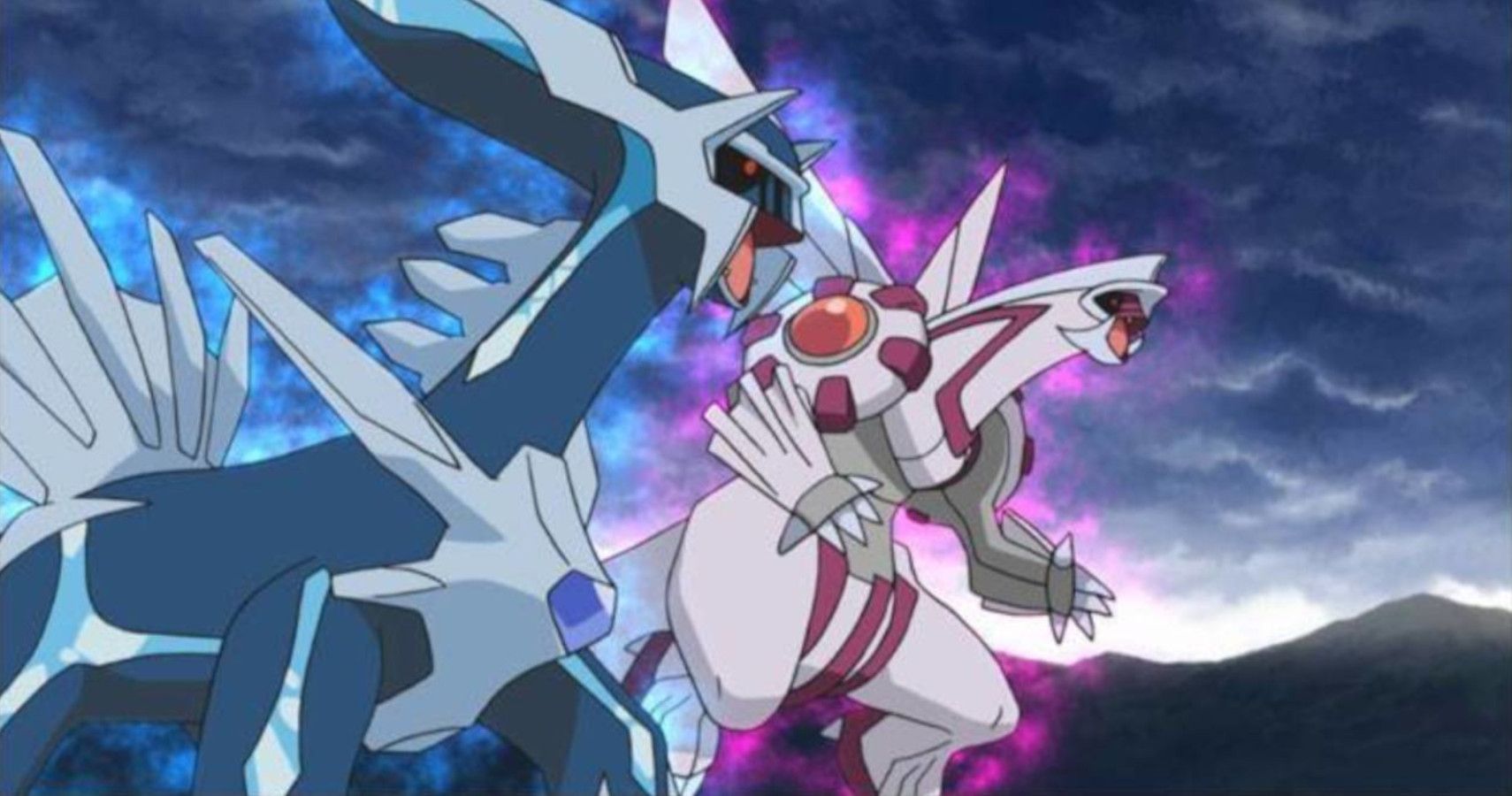