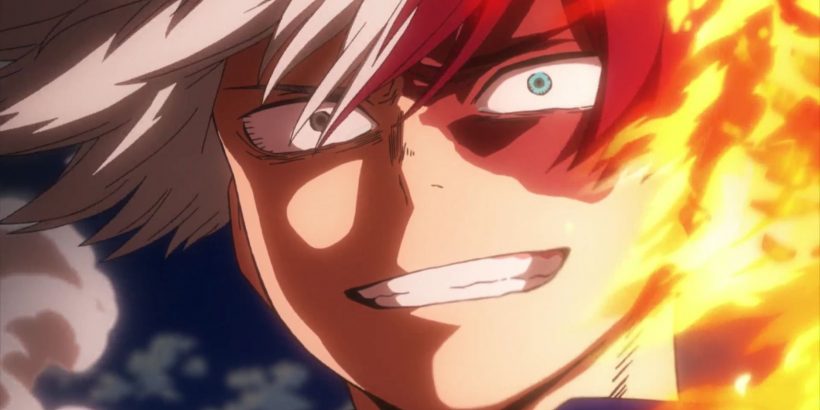 My favourite character in My Hero Academia is Shoto Todoroki, primarily because he’s a total dick – or at least it seems that way at the beginning. Shoto is the tritagonist of the series, meaning he’s the third most important main character. Katsuki Bakugo is the deuteragonist (second), while boring Izuku Midoriya is the protagonist proper.

OK, I’ll admit I might be being a bit unfair to poor Midoriya here. He’s not that boring. Every time he uses One For All while crying and smashing up his own body I feel as if I’m getting gut-punched by the Hand of God, except emotionally. Midoriya’s idiocy – I know he’s good at maths and shit but he’s still an idiot – combined with his courage definitely resonates with me. It’s just that everybody else needs to shut up and let Shoto have the spotlight every so often. 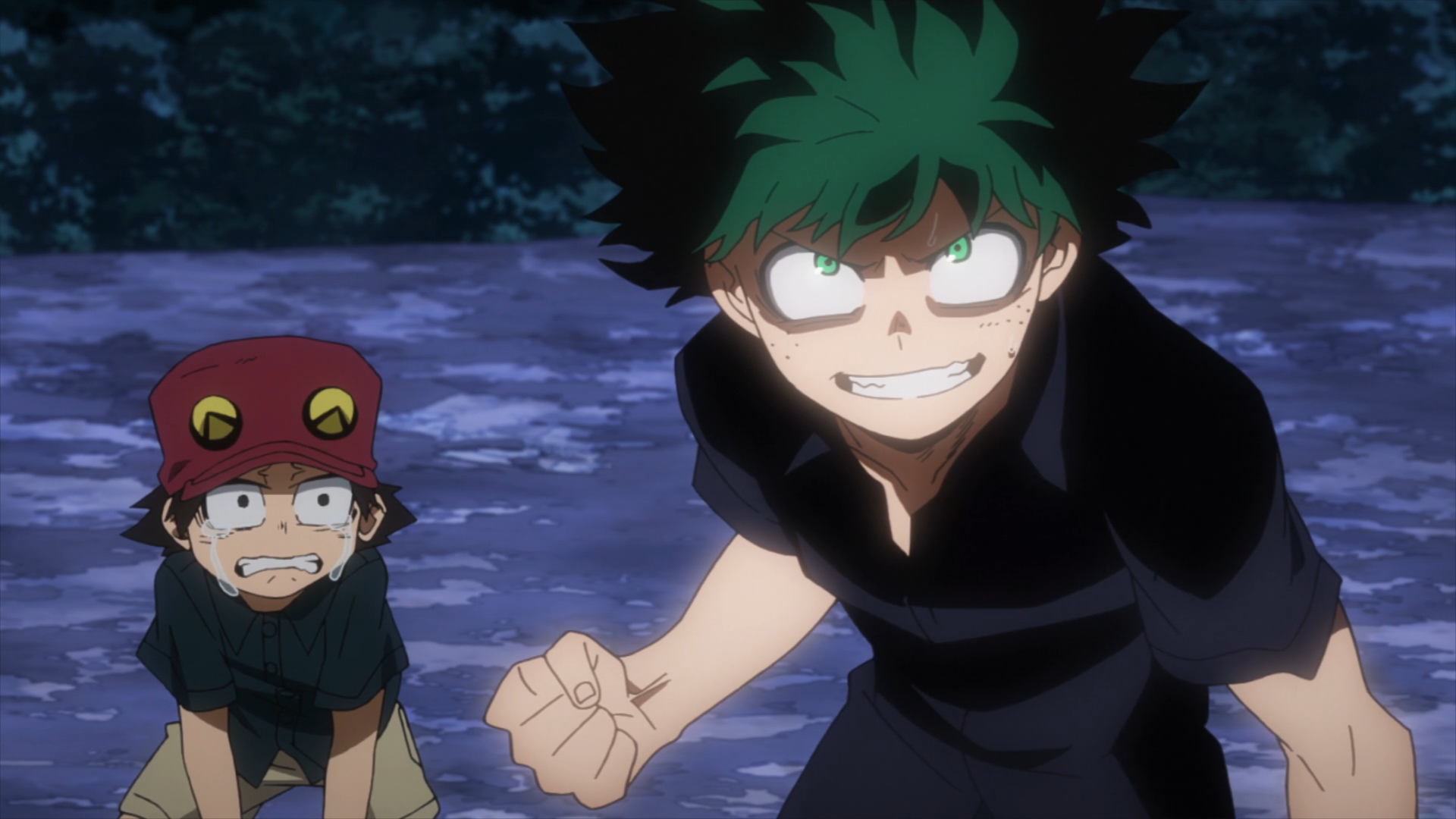 In case you couldn’t tell, I’m pretty pissed about the fact that Shoto got shafted in the last season of My Hero. He plays a big role in the seasons prior to that, which is probably because his natural talents as a hero make him far more suitable to combat-oriented scenarios than most of the other students from 1-A. I mean, there’s a reason he got into U.A. on recommendation, and it’s not just because his dad is the now number one hero, Endeavor. It’s because he can summon sweltering firestorms while sliding down massive trails of glaciated ice as if he’s Legolas at the Battle of Helm’s Deep, except with access to literal fire and ice magic.

Combined with his moodiness – which is basically his whole personality for the majority of the series – this pigeon-holes Shoto into the standard “moody guy who’s super talented but also quiet and everybody fancies him” role. Every anime has one of those lads in there somewhere, but Shoto actually manages to escape this trope shortly before the showrunners turned to the viewers and said, “Nope, no more Shoto for you.” The reason he’s so ridiculously strong compared to other kids his age originally stemmed from his hatred of his father, driven by his lament for his mother. Both of those feelings become drastically more complex as the show progresses, allowing Shoto to experience greater growth than any other character in the entire series.

Basically, Shoto’s reserved nature and intense focus come from the resentment he feels for his father. The youngest of four, Shoto was born purely to surpass All Might, his father’s greatest rival. His father used his mother to create Shoto’s perk, Half-Cold, Half-Hot, giving him access to Rei (his mother)’s Ice abilities while still being able to use his father’s fire ones. After subjecting Shoto to training regiments that were cruelly unfair for a child, Shoto’s own mother ended up burning her son’s face – the scar across his eye is from her, not Endeavor. Still, this only made Shoto hate his father more, while simultaneously wishing his mother didn’t hate him.

It’s important to note that Shoto’s growth is partially attributable to meeting Midoriya. While he’s cold at the beginning of the series, he’s already made friends with several of his classmates by the time he fails the Provisional Hero Exam, seeing Midoriya and Bakugo in particular as close pals and worthy rivals. All three of these students look up to All Might, despite the fact that Shoto is Endeavor’s own son, which is why it’s so important that Midoriya encourages Shoto to embrace his left side – something he chooses not to do in his competition fight against Bakugo. Up until this point, Shoto had completely neglected his fire abilities to focus on Ice. “I’m never using my bastard of a father’s Quirk,” he tells Midoriya. “No… By rising to the top without using it, I’ll have denied him everything.” 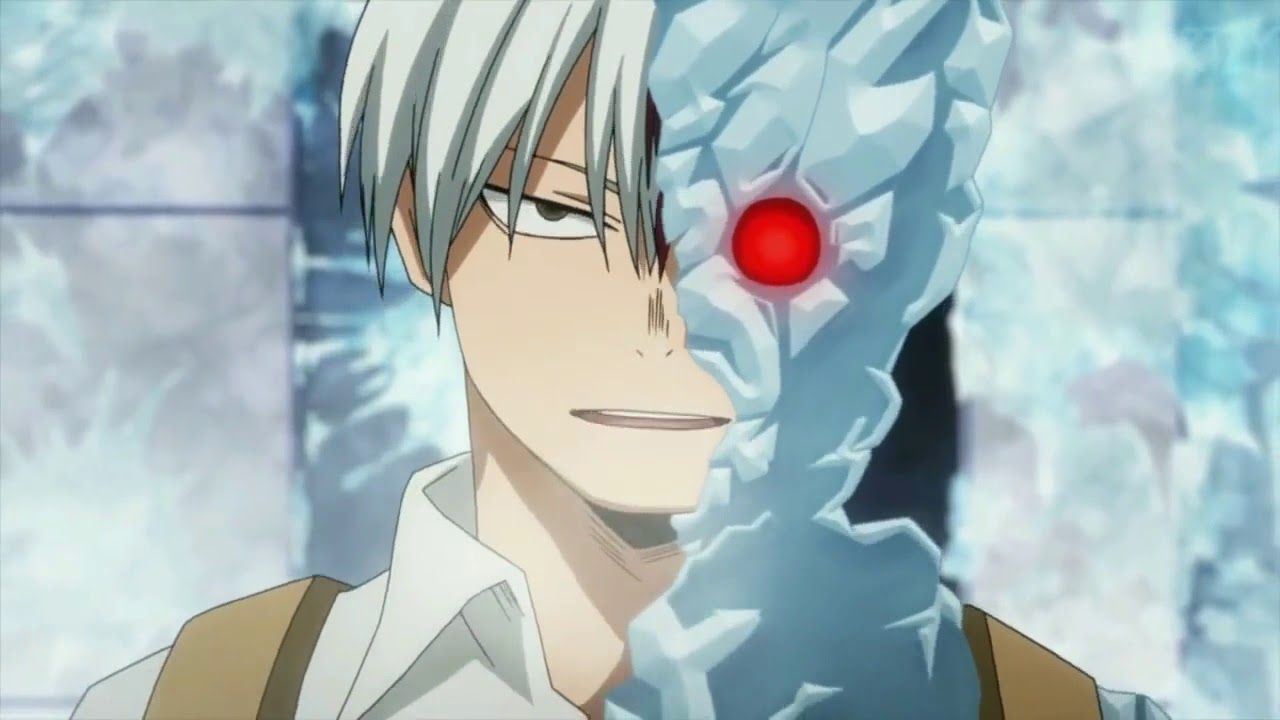 Due to Shoto’s status as the tritagonist, his growth in this regard had to be filtered through both characters above him, meaning that the only reason we have the Shoto we see now is thanks to them. I recognized that – but, since finally acknowledging the other half of his unique power, Shoto regularly visits his mother and is rebuilding a relationship with her. Although he still feels resentment towards his father, he’s working towards someday overcoming that, too. Not forgiving him, per se, but understanding him, and learning what it means to embrace the complexities of emotions and relationships.

There’s a scene that exemplifies Shoto’s growth, where he speaks to Tenya Lida about the danger of holding grudges so long that they become internalized.

“Ever since your brother got taken down, I’ve had my eye on you,” Shoto says. “Because all that building resentment was written on your face. I know that when I see it. And I know just how much grudges like that can cloud a person’s vision.”

I think this is perfectly indicative of how much Shoto has learned since the start of the series. He’s still quite shy, but he strives to learn from his mistakes and become an excellent hero. So, my question is this: if you’re going to shaft him again in season five, why not just give him his own show? He’s long overcome the need to be a mere tritagonist. Sure, his growth is part of Midoriya’s, with their relationship directly converting any progress on Shoto’s end into Midoriya’s own character arc. But it doesn’t need to be that way.

Shoto is more than capable of standing on his own two feet now, and after all he’s been through, it’s an opportunity that he absolutely deserves. Please, if you’re going to make me watch Midoriya say the same thing over and over again, at least let me watch Shoto launch fireballs at people for a bit.

Next: Hunter x Hunter’s Nen Is The Best Fantasy Magic System Ever Created