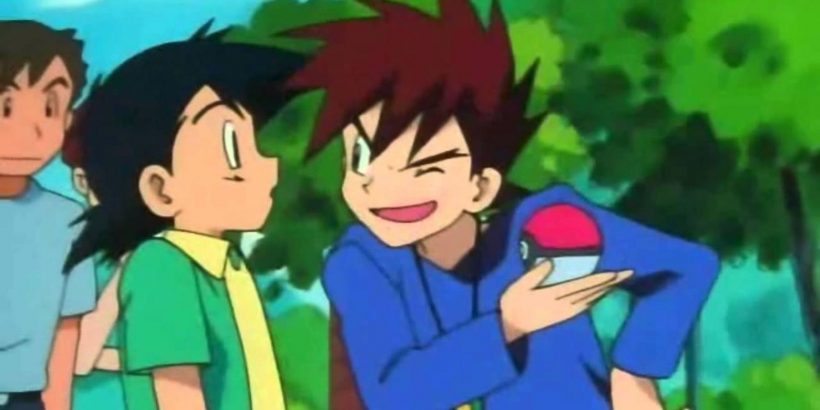 Gary Oak is better than Ash Ketchum in every conceivable way. He’s funnier, knows much more about Pokemon, and, most of all, is not a total idiot. And so, when I see people naming their Pokemon rival Gary… Well, I just feel like saying, “Listen, you know you don’t have to be like Ash, right?”

The reason I’m banging on about this now is because Gary Oak is returning to the Pokemon anime, which is the best Pokemon news I’ve heard in ages. I grew up on the original season of Pokemon, and so I have a lot of nostalgia for Gary’s iconic witticisms like, “you’re the fourth to leave home, but as a trainer, you’re dead last,” and “I earned so many badges already I’m takin’ a break to work on my tan.” Ash Ketchum could never.

This is why I never really bother modeling my Pokemon protagonists based on Ash. I know he’s been the series’ main character for 24 years, but that doesn’t mean he’s the best one. Personally, I’m not all that interested in being a goody-two-shoes trainer who intentionally uses bad Pokemon and loses all the time. I’d much rather train some decent ‘mons and treat them as pals, which is exactly what Gary does. He’s just a lot more normal and intelligent than Ash is. Also, even though Gary can be a bit of a git, Ash is the real idiot in the Pokemon anime.

For what it’s worth, I recognize that Gary has already left his dreams of becoming a Pokemon master behind in order to become a researcher and follow in his grandfather’s footsteps. I actually like the idea of a professor saying “ya snooze, ya lose” whenever I don’t manage to catch a certain amount of Pokemon by the time I reach a specific story beat – constructive criticism works much better than whatever it is geriatric Oak does. That lad lets you away with murder.

What I’m getting at here is that when I play a Pokemon game now, I sort of flip the entire narrative upside down. Instead of calling my rival Gary and beating him senseless every time we battle, I imagine that my rival is Ash Ketchum, Pokemon moron. I like to think that I’m much more like Gary, a reasonable and fun-loving guy who’s not afraid to ridicule my friend whenever they do something stupid, like seeing a group of women and asking, “Are they Pokemon?” No, Ash, they are not. You really are a bonafide bonehead.

My most recent attempt at this was in 2019’s Pokemon Sword & Shield. I’m not sure about you, but I reckon Hop is both irritating and boring – his unfounded enthusiasm and affinity for losing actually remind me of Ash. And so, I modeled my Sword & Shield protagonist after Pokemon’s best character, Gary, and took the Galar region by storm, shouting “smell ya later! at the screen every single time I knocked Wooloo’s muttony teeth in. 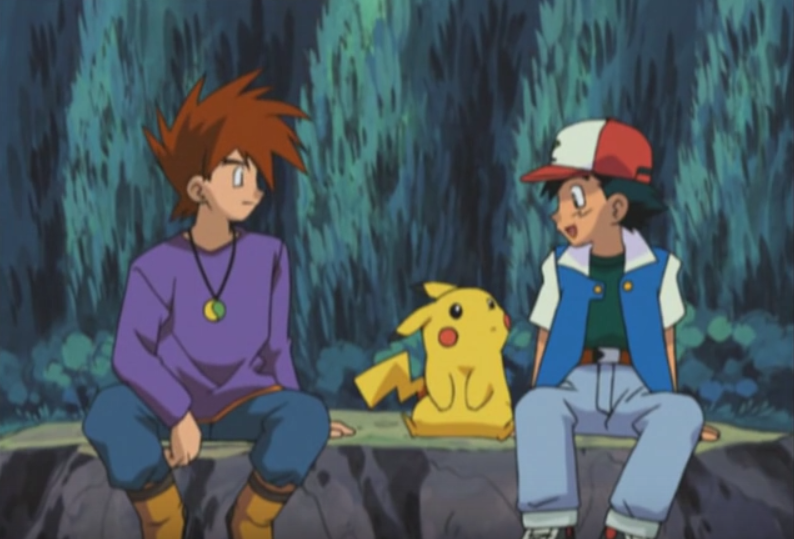 While Ash has put together a dream team in the most recent season of Pokemon, Gary has a Blastoise (the best Pokemon of all time), an Umbreon, and an Electivire on hand, as well as ‘mons like Arcanine, Alakazam, Kingdra, and Scizor in storage. He actually understands what it means to put together a versatile squad, and is far better at training Pokemon than Ash ever will be. I am once again asking you to evolve your Pokemon, Ash, you tool.

Considering all of this together, it astonishes me that so many people decide to base their in-game rivals on Gary just because the anime doesn’t focus on him. If anything, I think it’s far more intriguing to consider a Pokemon adventure from his perspective. Grandson of the great Professor Oak, who has already managed to establish himself as a well-respected trainer all over the world, and is now well on his way to becoming a successful researcher? That’s much better than “guy who ties Pikachu to a rope and pulls it up a hill.” At least Gary actually acts on his ambitions and makes them a reality, as opposed to saying he’s going to become a Pokemon master with an unevolved Pikachu. Also his necklace is really cool. Nice hat, Ash. Not.

Look, Ash isn’t that bad. I recently made a team using some of the best Pokemon he’s ever caught and it’s genuinely really good. But Gary Oak is infinitely better in every single way. If I was in the Pokemon universe, I would hope I could be Gary instead of Ash. And because of that, I intentionally play as him every time I boot up a Pokemon game – in my eyes, my loser rival is Ash “Knows Nothing About Pokemon” Ketchum.

Next: Pokemon Removed Its Most Ambitious Type Ever Right Before Gen 5 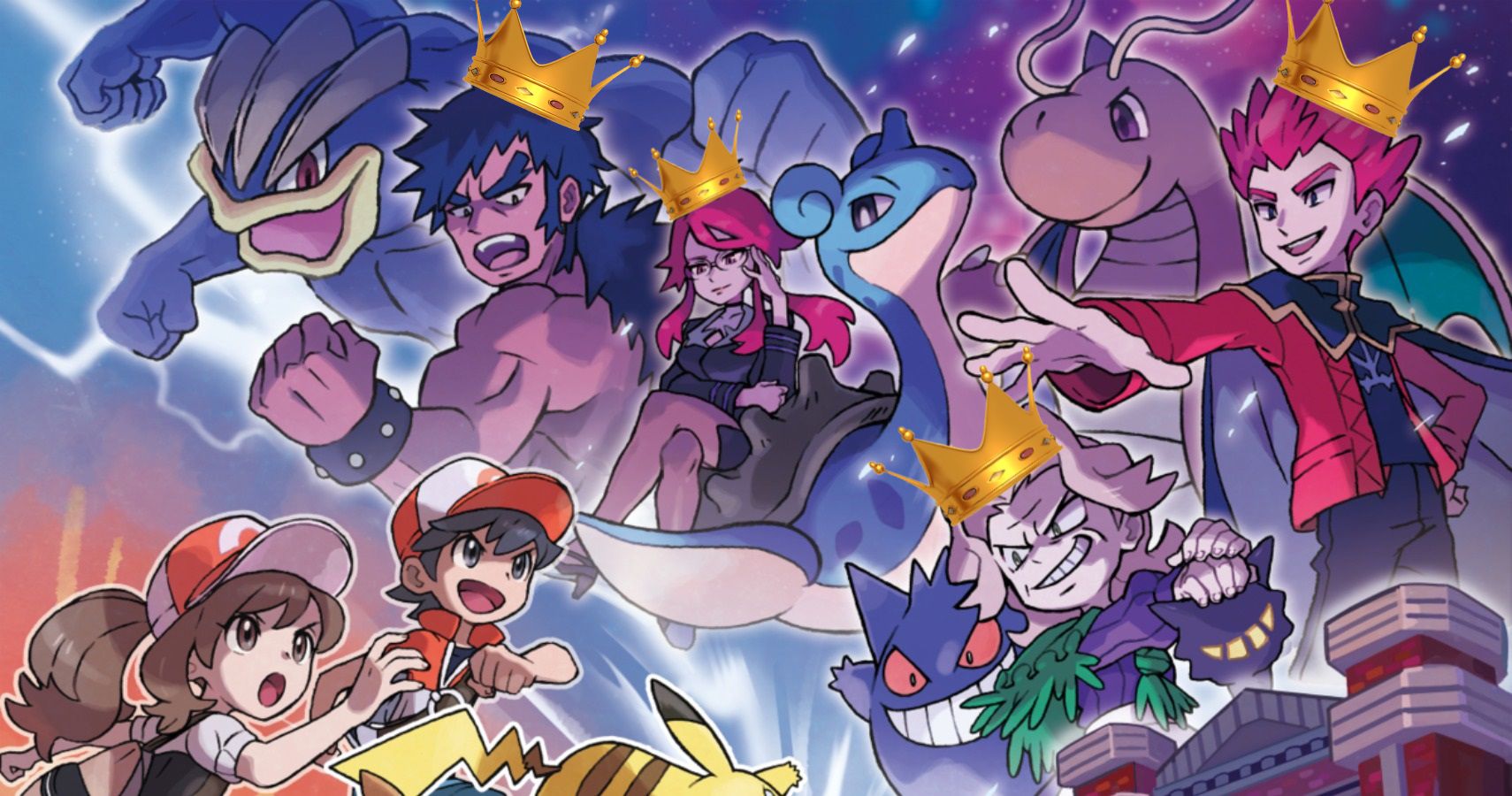