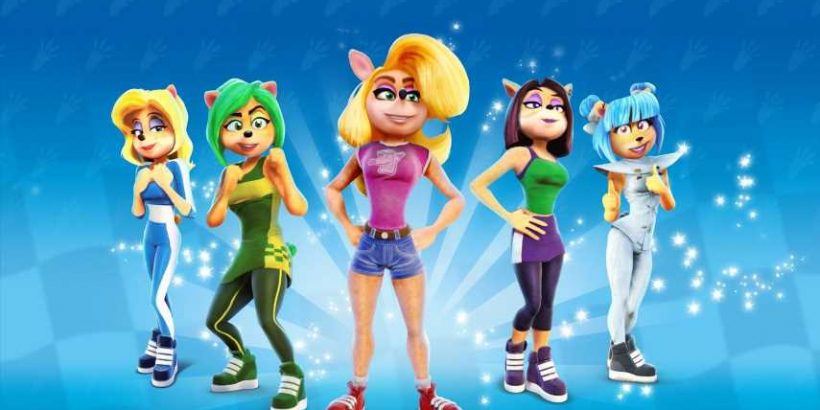 Tawna Bandicoot was easily the breakout star of Crash Bandicoot 4: It’s About Time, making her first main series appearance since the very first Crash Bandicoot, where she was just a damsel in distress in need of rescuing. In Crash 4, she was an alternate universe version of herself, which allowed the developers to reboot her character without needing a long, drawn out explanation for her new persona. The likes of Crash Team Racing: Nitro Fueled had already done its part to flesh Tawna out, but this full reset of her personality – while still being recognisably Tawna – meant she is a character brimming with potential and begging to be explored. That’s why I need a Tawna Bandicoot spin off.

Crash 4 lets you play as either Coco or Crash in main levels, with the pair having indistinguishable skill sets, meaning you just choose your favourite. In the narrative, Coco acts as the narrator, since Crash doesn’t talk, and brings a drier and more intelligent sense of humour to proceedings, as well as keeping everything structured. Crash, meanwhile, brings the wacky comedy and exaggerated body language that has been a hallmark of the series since it began. It’s a great balance, and adding new characters into the mix is difficult, which explains Crash 4’s hit or miss approach to it all.

Tawna is obviously a hit, as the game’s most engaging character with a lot of story to tell and some great new powers that make gameplay fresh. The new masks, meanwhile, are a bit mixed. They all add enough variety to the gameplay to justify their presence, but none have the gravitas of Aku-Aku or Uka-Uka, and feel like afterthoughts to the narrative – even though collecting masks is what the game is about. Cortex is his usually hammy yet brilliant self, though his levels feel a little lethargic after the pace Crash, Coco, and Tawna are played at. Dingodile – and I’m really sorry to say this – feels pointless. His levels are so different to the others in all the wrong ways, have way too many boxes, and he’s not really involved in the story at all. He’s just there because he’s a popular character, so it’s disappointing to see the opportunity to play as him go a little wasted. 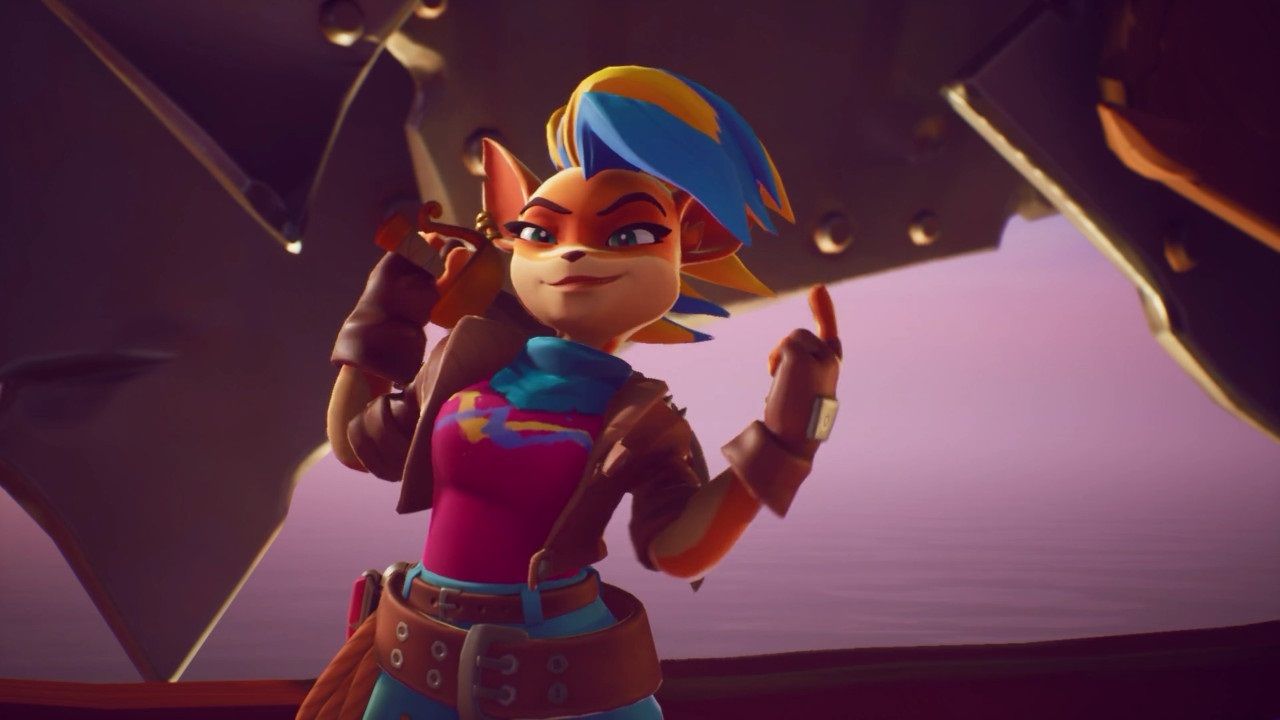 Tawna though, is not wasted. She gets to kick people in the face rather than spinning, and has a grappling hook that gives her greater reach in combat, as well as the potential to zip across gaps or reach boxes that would be otherwise inaccessible. Because Crash 4 only allows you to play as these new characters in certain sections of specific levels, you only get to be Tawna a handful of times, so despite her having a range of actions that rival Crash and Coco’s own, we don’t get to take on a full game with her. Huh, maybe she is wasted after all.

This is where that spin off comes into it. I’m not quite sure what’s going on with Crash Bandicoot and Activision these days, so maybe this is all a bit of a pipe dream. But it feels like the groundwork has been laid in Crash 4 for a Tawna Bandicoot game that fully explores not only her moveset, but her backstory too. There are loads of things you could add to the grappling hook, like projectiles or rockets or magnets, that could make her even more fun to play as, but the most important part would be getting to know more about who Tawna is. It’s clear that Crash and Coco died in her timeline, which likely led to her developing into a hardened heroine who only looks out for herself – but that story deserves more than a throwaway gag and some side eye. I know that’s completely in line with Crash’s style of humour, but now that Tawna has been made into such a compelling character, it makes sense to take a closer look at this. 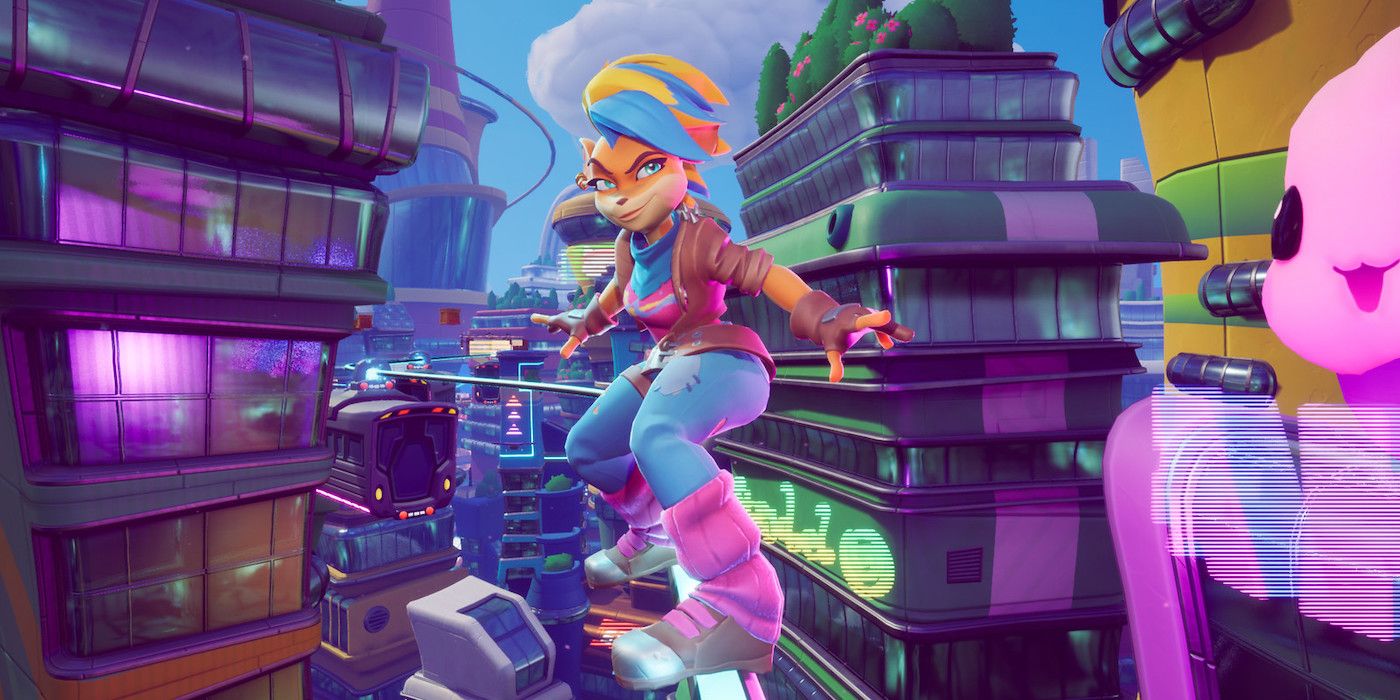 She wouldn’t even need to come alone. I wrote recently about how Crash Team Racing: Nitro Fueled does right by its supporting cast, and Tawna – a pre Crash 4 Tawna, no less – is one such character. She comes with the four Trophy Girls from the original Crash Team Racing, who have been rewritten from their one-dimensional roles as eye candy into fully fleshed out bandicoots. Ami, Megumi, Isabella, and Liz would each be welcome to come along for the Tawna spin-off too. Anyone can come. Hell, put Peely from Fortnite in it. Just give it to me.