The Xbox 360 launch title, Quake 4 featured an achievement titled “Number One”, for reaching the #1 position on the worldwide ranked leaderboards. Yes, this game required players to literally become the top player in the world in order to get the full 1000 Gamerscore, or at least that’s what the developers intended.

Many would expect that the players to be found at the top of the leaderboards are all of the top Quake 4 players around the world, but they would be very wrong. Achievement hunters over the years have found incredibly clever methods of boosting their ways up the leaderboards, and as such, the achievement community has an absolute stranglehold on the Quake 4 leaderboards.

Unlike most games, Quake 4 does not rely on a TrueSkill system, meaning that your leaderboard position will not change by different amounts, depending on the positions of the players you beat. Instead, it goes up by a certain number of “win points” for every game you win. The longest game mode, Endurance, which lasts 30 minutes, dishes out 30 win points to the winning team, splitting them up amongst the players dependent on their individual scores. If you contributed 50% of your team’s score, you will get 15 win points, for example. 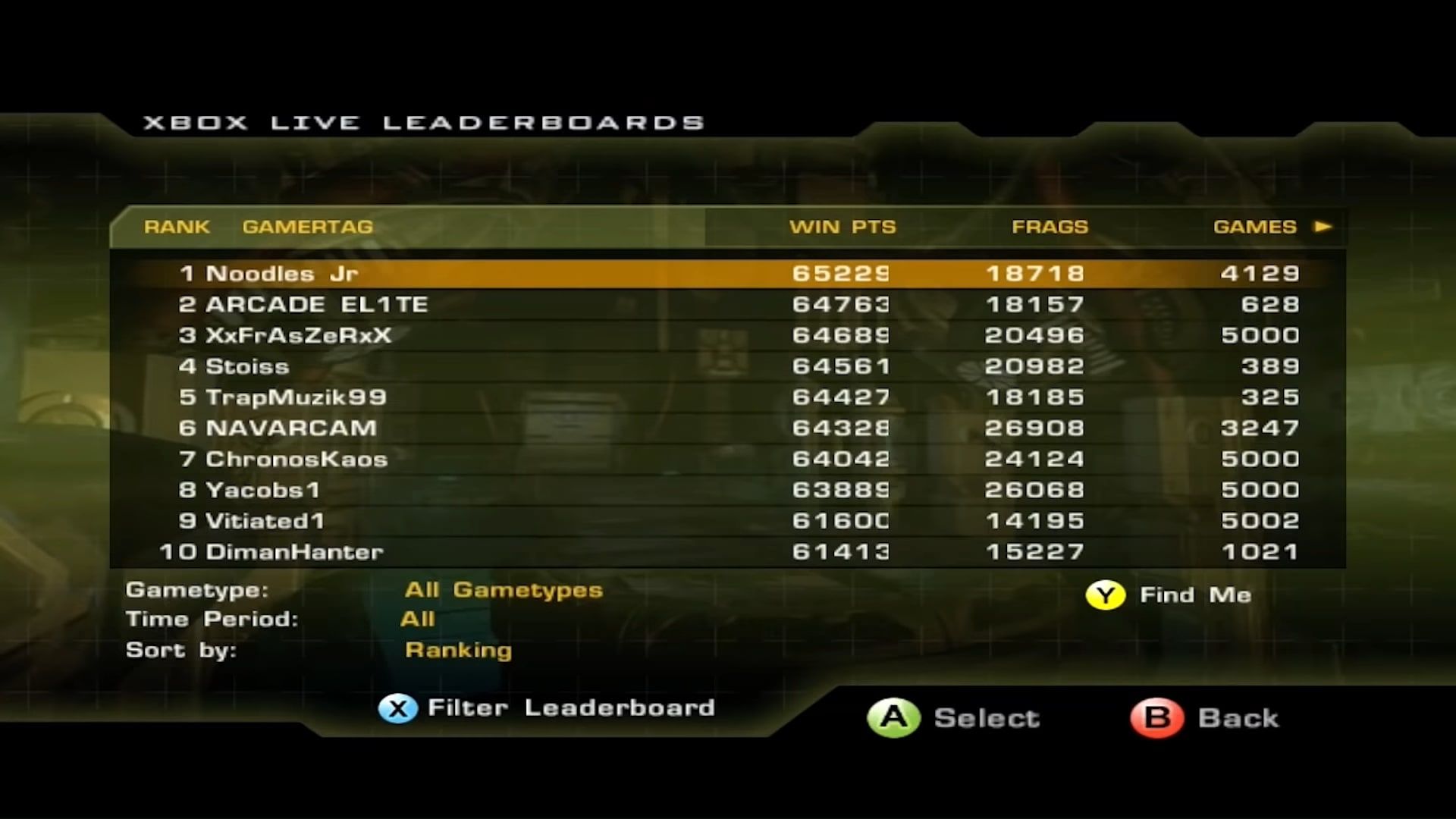 The #1 position on the leaderboard sits at around 1.65 million win points, which is approximately 55 thousand 30-minute winning games of contributing the entirety of their team’s points, so obviously, there’s something else at play here. Nobody can win that many games. What’s actually happened: achievement hunters figured out a very clever way to earn more than 30 win points per game, with a little bit of math.

To calculate how many win points you get, the game takes your individual score and divides it by your team’s net score, the sum of all your teammate’s scores. It then multiplies it by 30 and rounds to the nearest integer, then repeats this for all players. Hence in a 2v2 match, the winning team’s win points for players one and two are:

This ensures that the total is always 30. Players boosting this achievement would do so in Arena CTF, where they get five points for a flag capture, one point for grabbing the enemy flag, two points for returning their own, three points for killing an enemy flag carrier, and one point for earning a regular kill. The catch: they can also lose one point for committing suicide. By doing so, they can earn a negative score.

Let’s assume that a player’s sole contribution to a team is 10 suicides – they’re not very good. They would have a final score of -10. Let’s assume that the other player scores all 10 flags, earning 50 points for flag captures and 10 points for the 10 flag grabs. They would have a final score of 60. Plugging these numbers into the formulas above would reveal that the good teammate would earn 30*(60/50) win points, or 36 win points, while the bad player would earn 30*(-10/50) win point,s or -6 win points. Of course, this totals to 30 win points.

Players can’t actually lose progress on the leaderboards, hence the -6 win points wouldn’t actually count. This means that only the good player’s 36 win points are contributed, and that is certainly more than the 30 win points that is supposed to be the maximum. Of course, only getting 36 per game would still take tens of thousands of games, so achievement hunters needed to optimize their method.

Games require four players to start, though they can be arranged as 3v1 if a party of three matches with a party of one. The person going for #1 would be on the team of three, and their two teammates would commit suicide 100 times each, earning scores of -100, which is the minimum that the game allows before it stops counting. The person going for #1 would then kill the enemy flag carrier 47 times, earning three points a pop, before scoring the 10 game-winning flags single-handedly. In total, this player would earn 201 points.

This means that the net score of the team would be 201+(-100)+(-100)=1, which as the denominator of our formula is absolutely ideal. The flag scorer would earn 30*(201/1)=6030 win points, while the two suicide bros would earn -3000 each. Of course, those -3000 don’t count, and the total sums to 30 as it should. With a party of four players who want the achievement, they would simply cycle through who gets to be the flag scorer and slowly work their way up the leaderboards. 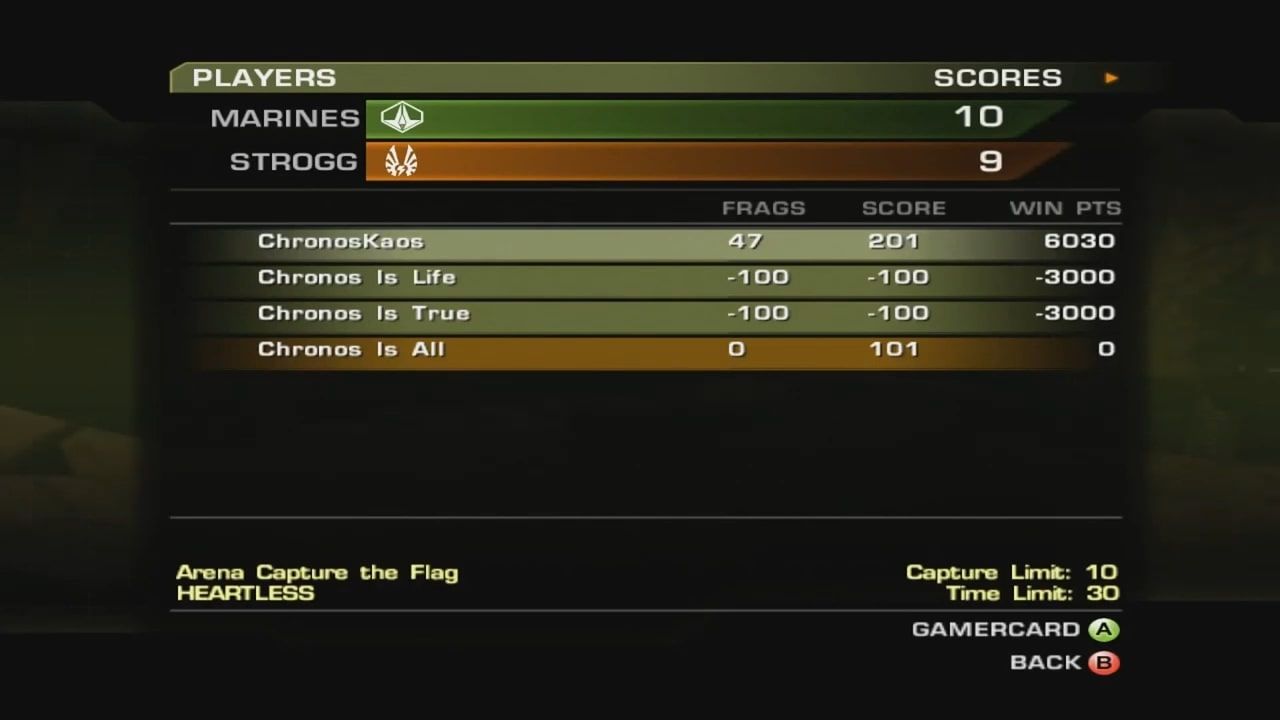 Parties of up to eight could also be used and would always be split to be one player against the rest. This meant there were more than two players who could commit suicide. In an ideal 7v1 match, the flag scorer would earn 601 points, while his six teammates would commit suicide 100 times, earning the top player 18030 win points. Generally speaking, however, most players organized parties of four, as they were easier to schedule and manage.

All of a sudden, it no longer takes 55 thousand games to climb to the top of the leaderboards. Earning 6030 win points a match would get the players to #1 in just 274. At 30 minutes a match, this is significantly more reasonable than trying to earn this achievement legitimately. In fact, earning it legitimately is completely impossible now, due to the fact that the servers are completely void of any real players.

In 2016, I attempted this achievement with some friends. It took us four months for the three of us to all reach the #1 position, using our three main accounts and two dummy accounts to do so. Our 4v1 format earned us a respectable 9030 win points per game. We would have one player controlling two suicide accounts, one player controlling the third suicide account and the final player – who earns the win points – would control the flag carrier and flag scorer accounts. After a few hours a day of grinding for a full semester, we finally earned our well-deserved 20G achievement. One of those friends and I would then go on to do it a second time in the German version of the game. To this day, this is one of my proudest accomplishments in all of gaming. 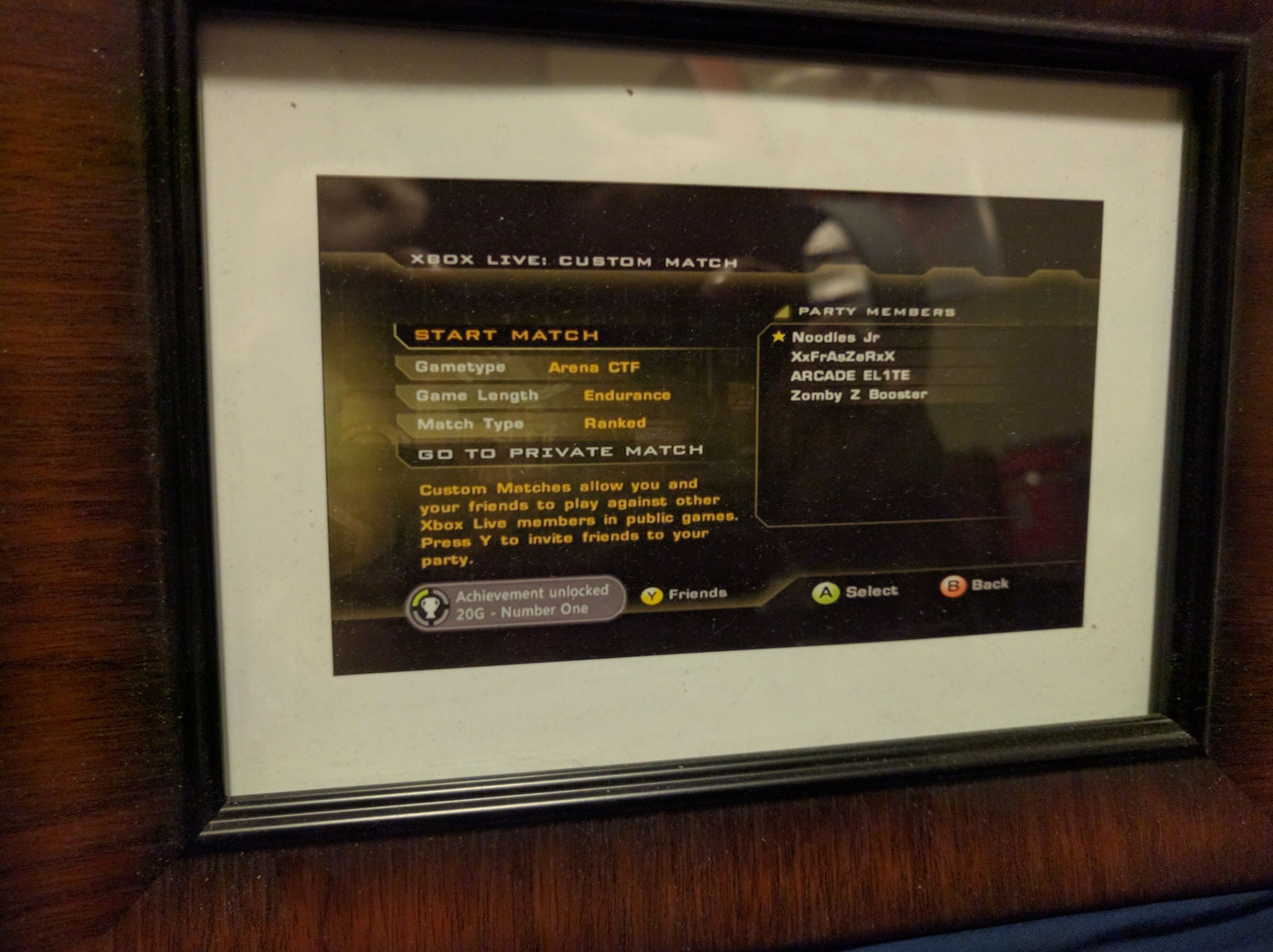