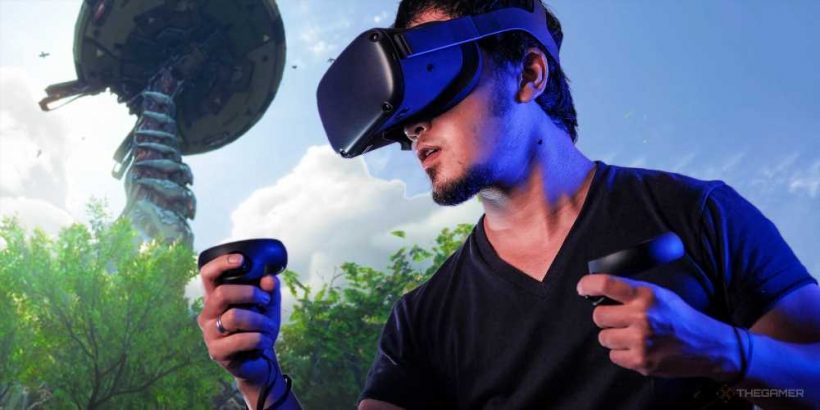 Horizon Call of the Mountain is the first major game reveal of the year, and as a fresh VR title from a Sony flagship series to go with a snazzy new headset, the reaction has been pretty underwhelming. Maybe if it had been in a Sony Showcase, or at something like The Game Awards, it may have gotten more eyeballs, but the decision to marry Call of the Mountain to the PSVR2 was very deliberate, and may in the long term work out for the best.

VR is still a gimmick. There are good games to be found, but most of them are ‘good for a VR game’ rather than bona fide good games. Even the exceptions, like Half-Life: Alyx, haven’t made much of an impact outside of the industry in the way the biggest triple-A blockbusters do, because headsets (and PCs to run them) are so expensive. The Oculus Rift, and now the PSVR2, are seeking to make VR more accessible, but they’re still charging the cost of an Xbox Series S for the privilege of standing around in your living room flailing your arms around while losing all sense of direction and crashing to the ground.

Related: Non-Gaming Websites, Please Stop Writing About Games When You Don't Understand ThemVR needs a killer app. Much like Google Stadia, another technology of the future no one seems very interested in today, VR has no shortage of advocates who can explain in great detail why it’s such a marvel and why every home in the future will have VR gaming. A car in every garage, a chicken in every pot, and a VR headset on every gamer. No one can really tell me what games I can play though. Half-Life: Alyx, if I invest in a high end headset, a similarly high end PC, and then the game itself, but “pay £600 or more for this one good thing” is not what killer apps are made of. There’s Beat Saber, which is neat but is basically the sword fighting from Wii Sports Resort to the tune of Billie Eilish. 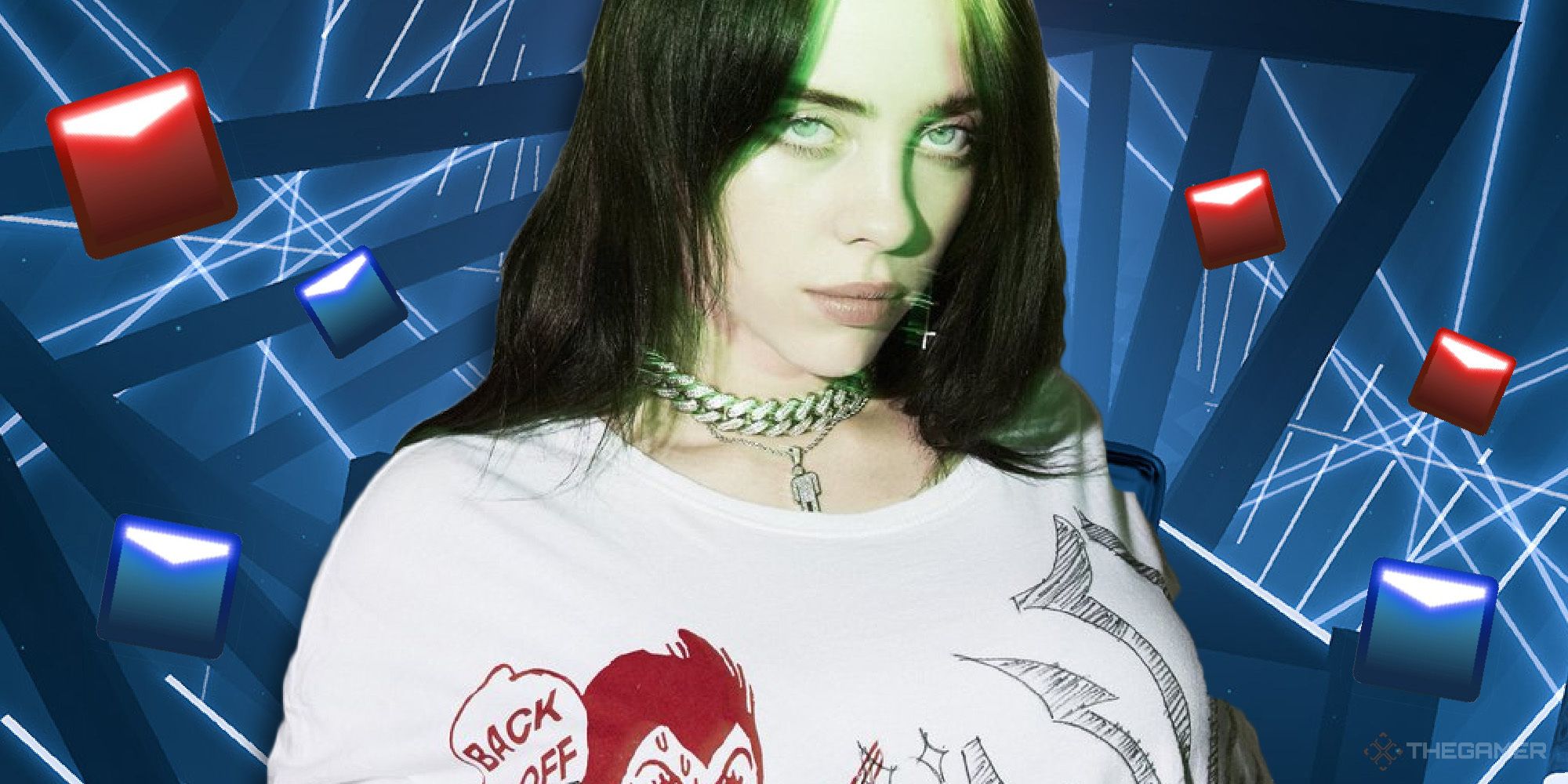 I think VR is eventually going to become a bigger part of gaming. Unlike say, NFTs, it has an actual value and offers a new playing experience. Currently, it’s too expensive, both to produce high-level games and to pick up the tech in the first place, and as a result, adoption has been slow. The tide may be turning though. Resident Evil 4 VR breaks all the rules of VR, but as a result delivers a much better experience and allows you to revisit an old classic in a completely new way – a way a standard remaster would never allow for. Horizon Call of the Mountain, though we’ve only seen a single, non-gameplay scene, is also encouraging.

Horizon is one of PlayStation’s newest darlings. Much like Ghost of Tsushima, it exceeded expectations at launch and quickly established itself at Sony’s top table. The sequel, Forbidden West, launches in February and even in a year stacked with the likes of Elden Ring, God of War Ragnarok, Pokemon Legends: Arceus, and Starfield, it’s one of the most anticipated titles. To attach Horizon to PSVR2 so closely is a huge signal of intent. This isn’t just a game for PSVR2, their simultaneous reveal makes them indelibly linked. If this is the first major hit for VR – and as great as Alyx was, it was not a major hit by video game standards – then Horizon Call of the Mountain could do for the PSVR2 what Breath of the Wild did for the Nintendo Switch. 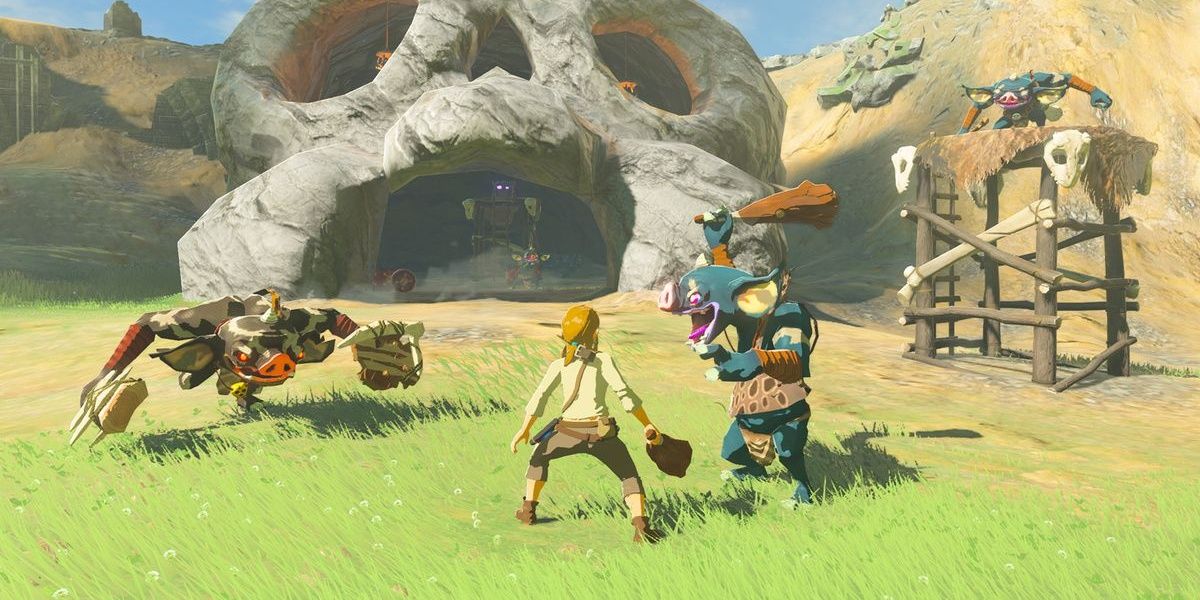 Breath of the Wild was transformatively influential, so much so that Forbidden West itself is clearly borrowing from it through traversal and gliding. But Call of the Mountain could do the same. Where BOTW changed the rules of open world, the rules of VR barely exist yet. I know I just said Resident Evil broke them, but that was with standard things like how menus and inventories work. No one has significantly attempted to put down a marker in the VR landscape in the way Breath of the Wild did, or Mario 64 did for 3D platforming, and Horizon could be that game. With a low enough price point (and likely making PS5 VR bundles as consoles come back into stock) Sony and Horizon could offer people the push they need to try out VR – and could provide the type of triple-A experience that will make them stay.

Horizon Call of the Mountain could be a gamechanger, or it could be yet another title that arrives too soon in VR’s life cycle to make an impact. Either way, put Bad Guy back on and let’s beat these sabers until then.