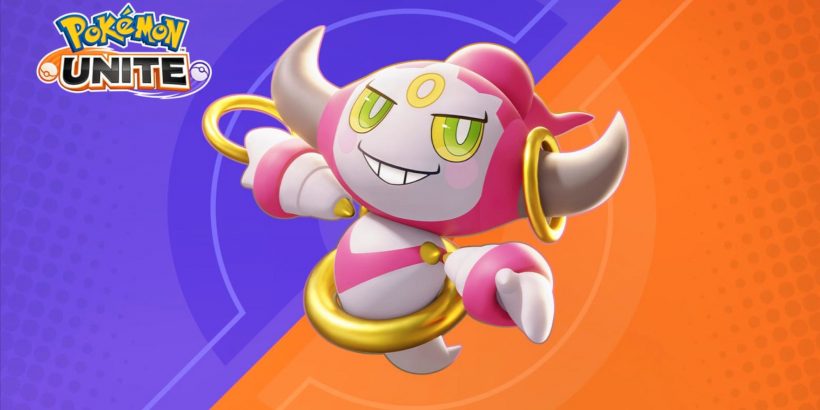 I thought I was hallucinating on Thursday night when Hoopa suddenly appeared in Pokemon Unite. At two in the morning my Twitter feed was suddenly full of confused Unite players reacting to Hoopa’s unbelievably powerful portal-themed kit. Without any warning, Pokemon Unite suddenly dropped a meta-shattering character that can teleport itself and its teammates anywhere around the map. Even after playing several games with Hoopa, I still can’t believe this Pokemon is real.

I can’t overstate just how unique and complicated Hoopa’s moves are. The most important one to talk about is Hyperspace Hole, a move that puts a portal on the ground that can teleport Hoopa and allies back to base or between goals. The description for the move is absurdly long and detailed. Here’s the full text found in game, look how many things this move can do:

“Hoopa creates a large ring at the designated location, dealing damage to enemies in the area of effect. After a set amount of time, Hoopa and any allies in the area of effect will return to their base, and their movement speed will be increased for a short time. Allies that return to their base in this manner must wait a short time before the HP recovery from being in base triggers. These allies can also warp back to where the ring was created. An intact ally forward goal zone can also be designated as the location where the ring is created. Creating the ring on this forward goal zone of the top path will also create a ring on the forward goal zone of the bottom path, and vice versa. All allies, including Hoopa, can use these rings to warp between the two goal zones, and their movement speed will be increased for a short time after warping. After an ally warps, there is a set cooldown before that ally can use these rings again. If a path's forward goal zone is destroyed, the middle goal zone on the same path will take its place. This move cannot be used on base goal zones.”

Just for reference, here’s a description for one of Charizard’s moves, Flare Blitz:

“Charizard charges forward, shielding itself, damaging and knocking back the targeted enemy”

Charizard dashes forward and hurts any enemies it hits, knocking the back a bit. Meanwhile, Hoopa can tear holes in space-time to teleport back to base or create a wormhole between goals. It can take its teammates with it, it can return back to the portal later. And oh ya, the portal also hurts enemies. I cherry-picked one of Charizard’s simpler moves for the sake of comparison, but this is still pretty indicative of the huge contrast between the wild shit Hoopa and do and the basic moves of every single other Pokemon. 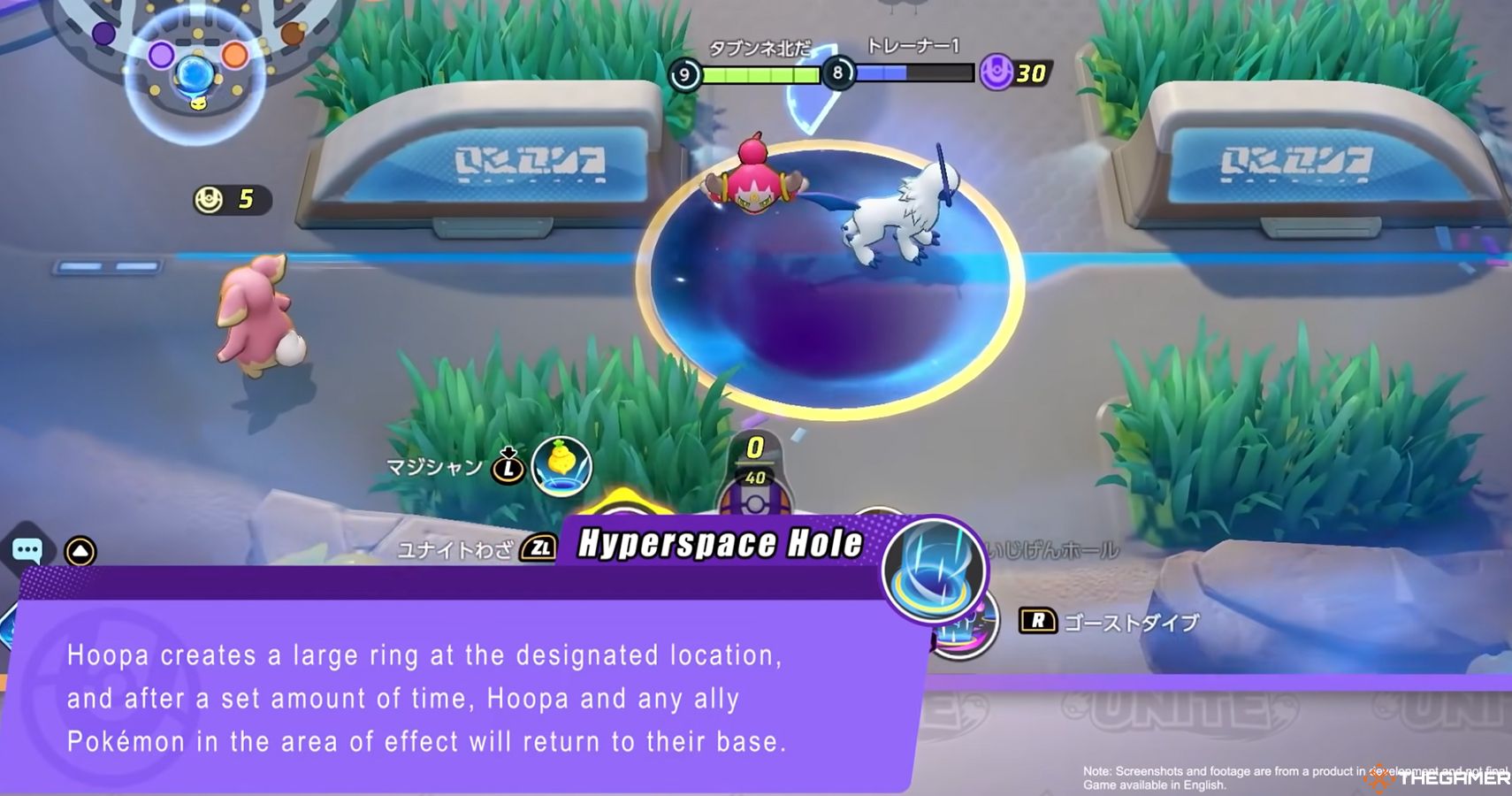 Hyperspace Hole isn’t even the full extent of Hoopa’s tomfuckery. While every other Pokemon has a passive ability that boosts its stats or a certain attack, Hoopa’s ability allows it to open a portal and steal berries from the enemy’s side of the lane. Hoopa essentially has three moves and one of them is an on-demand heal for itself or its teammates. It’s also a wonderful nod to the film Hoopa and the Clash of Ages, in which Hoopa uses portals to steal donuts from Ash and replace them with berries.

Hoopa’s Unite Move, Rings Unbound, is predictably game-breaking as well. Not only does Hoopa transform into its uber-powerful Unbound form, gain massive HP, and unleash devastating Hyperspace Fury and Psybeam attacks, it also opens a portal that the entire team can teleport to no matter where they are on the map. Hoopa can use its Unite move at any time and a second later the entire enemy team can appear simultaneously to push objectives with a raging Hoopa Unbound. If you have any experience with the chaotic, uncoordinated nature of Pokemon Unite matches, it's easy to see how powerful this move can be.

I’m awestricken that Unite would add a Pokemon that is so different from every other fighter, and my first impression of Hoopa is that it will immediately reshape the entire meta. As I’ve been playing and watching Hoopa in action today, it’s become clear that Hoopa is only as powerful as its team is coordinated. In other words, Hoopa needs a team that can work together strategically in order to make good use of its portals. Unless you’re playing in a premade team, you’re never going to find the types of games where Hoopa really shines in either ranked or standard games.

As a general rule, supporters rely on their teammates in order to be effective. Blissey and Eldegoss don’t have nearly the same impact in a match that an assassin like Cinderace or Talonflame can have unless the team is communicating and coordinating, which you won’t find while solo queuing ranked matches. What makes Hoopa unique is how incredibly powerful its kit is within the context of an organized team. It’s highly likely we’ll see Hoopa become a mandatory pick for almost every team in the upcoming Pokemon World Championship Tournament. At the same time, Hoopa seems like a less favorable pick for solo queue players than almost every other non-support damage dealer. 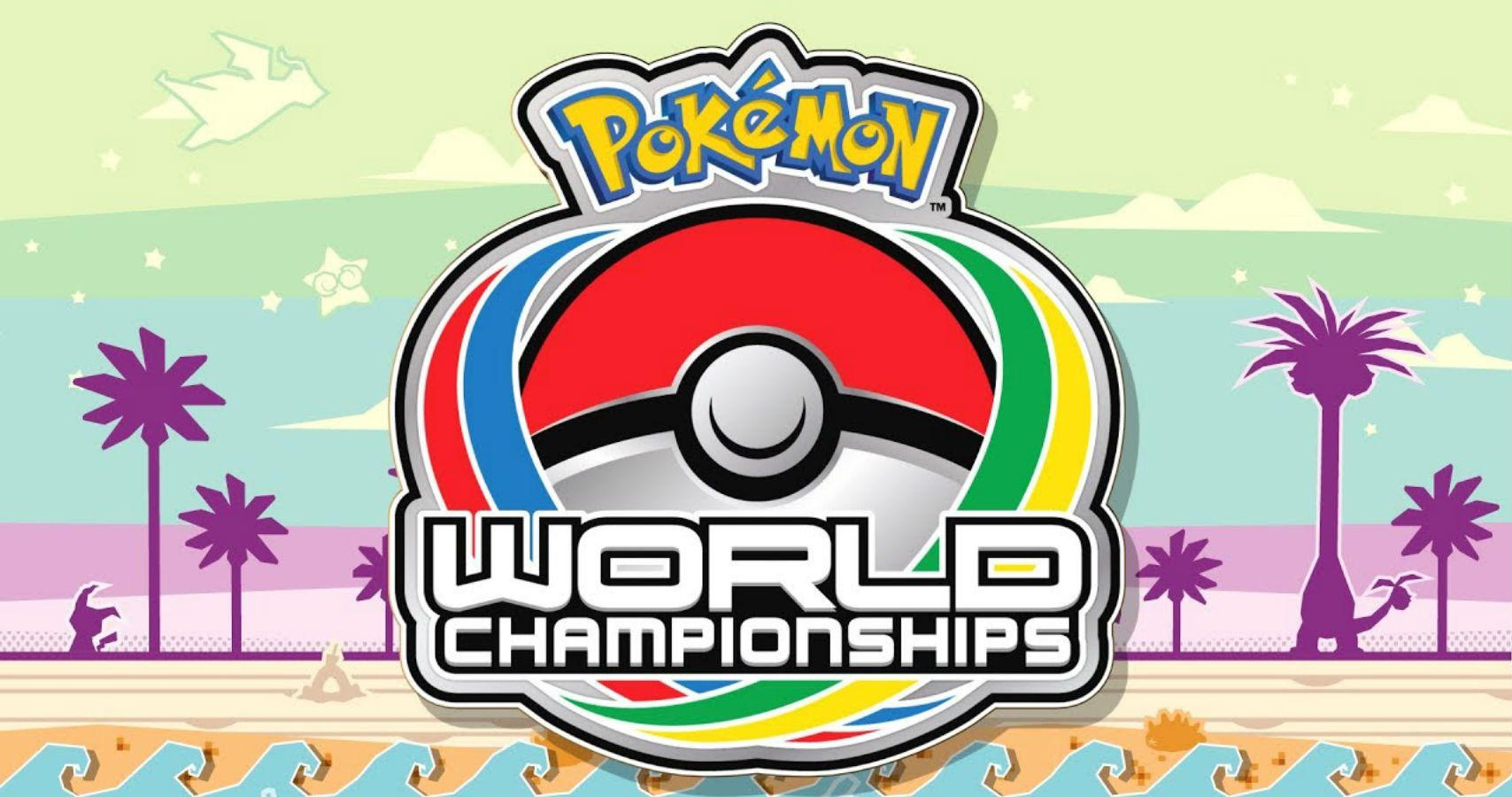 Hoopa’s kit sends a clear message that the future of Pokemon Unite is esports-oriented. Any Pokemon this powerful and team-focused is meant to be played in a competitive environment, not in solo queue. There are other Pokemon that are more popular in the competitive meta than they are in solo queue, but we’ve never seen anything this overtly designed to reshape the tournament meta specifically. The split between the casual and competitive experience has been growing for some time thanks to the popularity of the 1-1-3 composition in tournaments, but Hoopa’s introduction officially splits Unite into two distinct experiences.

When you watch the Championship Series, it may feel like they’re playing a completely different game than the one you can play on your Switch. It may be discouraging to watch professional players teleport all over the map, fighting together and seizing objectives, while your portals are completely ignored by your solo queue teammates, but that’s going to be the reality of Unite going forward – at least until matchmaking gets improved.