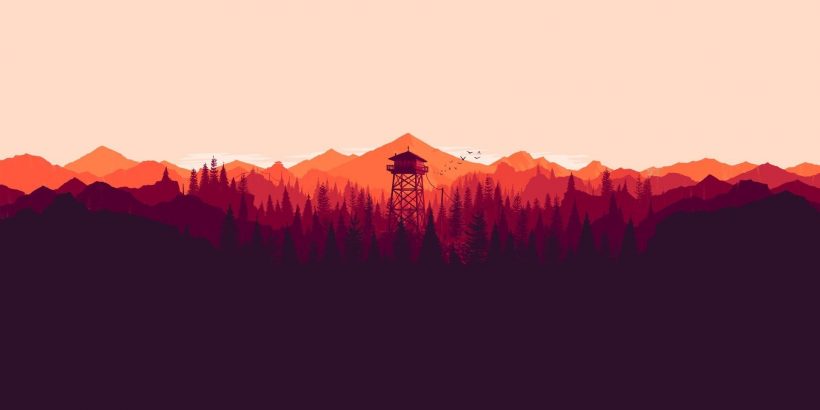 Firewatch’s opening still ruins me. It encapsulates a palette of emotions in a matter of minutes that few games manage to achieve in their entirety. Campo Santo warms your heart, caresses it, then tears it from your chest without hesitation. Henry’s predicament is achingly true to life, a man who finds himself faced with a tragic situation where he can either stay with the ones he loves or run away from his responsibilities, hoping they’ll fade away into memory never to trouble him again. It turns out life is far more complicated.

This game isn’t afraid to explore the regret and trauma of losing someone you love as Henry’s wife succumbs to dementia, the girl he married becoming a shadow of her former self while retreating to a family who views her husband as an outcast, unable to take care of her and failing to understand the situation’s true gravity. We resent Henry for his immediate actions as he runs away, but come to love and understand him, sympathising with his plight and how perhaps we’d do the same in his shoes. There is no wrong or right way to deal with grief, even if the person you mourn is still very much alive. As Firewatch arrives on Xbox Game Pass, this story has found a new lease of life.

These sombre opening moments are told through a Twine-esque series of decisions, subtle colours reflecting the melancholic tone of what’s to come as we catch glimpses of Henry stumbling towards his lonesome watchtower in the Shoshone Forest. His loss is contrasted exquisitely with his unfolding escape, a departure from his previous life which he views as a new beginning, or a temporary retreat where he can ruminate on a decision that right now feels impossible. Henry is lost, and we’re right there along with him until the walkie-talkie on his cluttered desk suddenly springs to life. 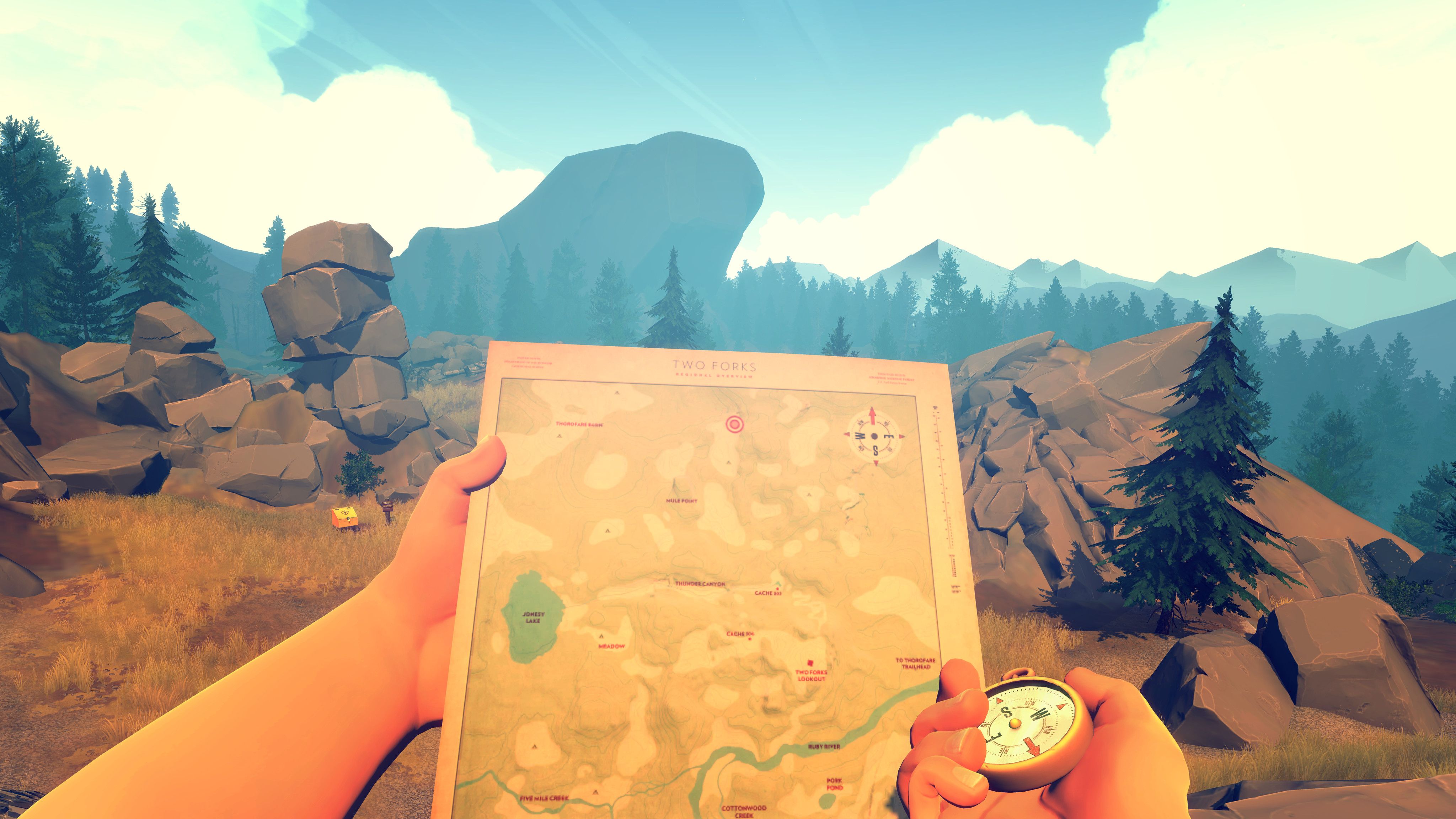 Here comes Delilah, the start of a fire that brings this once reticent watch to life. Portrayed by the wonderful Cissy Jones, Delilah is the polar opposite of Henry. She’s sharp, flirty, unpredictable, and has been in this line of work for several years. The forest is her home, and the escapism such a career brings is something she actively relishes in. At first she feels like a nuisance, a nagging boss asking Henry to investigate teenage girls trespassing down by the lake and solve problems that to most would seem trivial. They begin as colleagues, but the perpetual loneliness that comes with this profession gives way to conversation that becomes something more, a poignantly intimate glimpse into the lives of two ageing people who have lost all there is to lose. Henry gradually opens up, talking about his struggling wife and the life he decided to flee from, and how this jaunt in the forest is little more than a bandaid on a gunshot wound. Life comes at you fast, and all you can do is face it.

Delilah sympathises with him, offering delicate words of encouragement while delving into her own past which rides the line of fact and fiction. She’s an enigma in her own right, stories fumbling over one another as the friendship between her and Henry grows into something more, a product of their relative isolation as much as a need for companionship in a reality that seems fixated on tearing things apart. As a fire erupts into the distant forest, the two exchange a loving conversation on the watchtower balcony. You can choose to brush away her advances, thinking of your wife and the romance she is steadily forgetting, or lean into Delilah’s distant embrace. It’s loving, tragic, and heartbreakingly human in its execution. 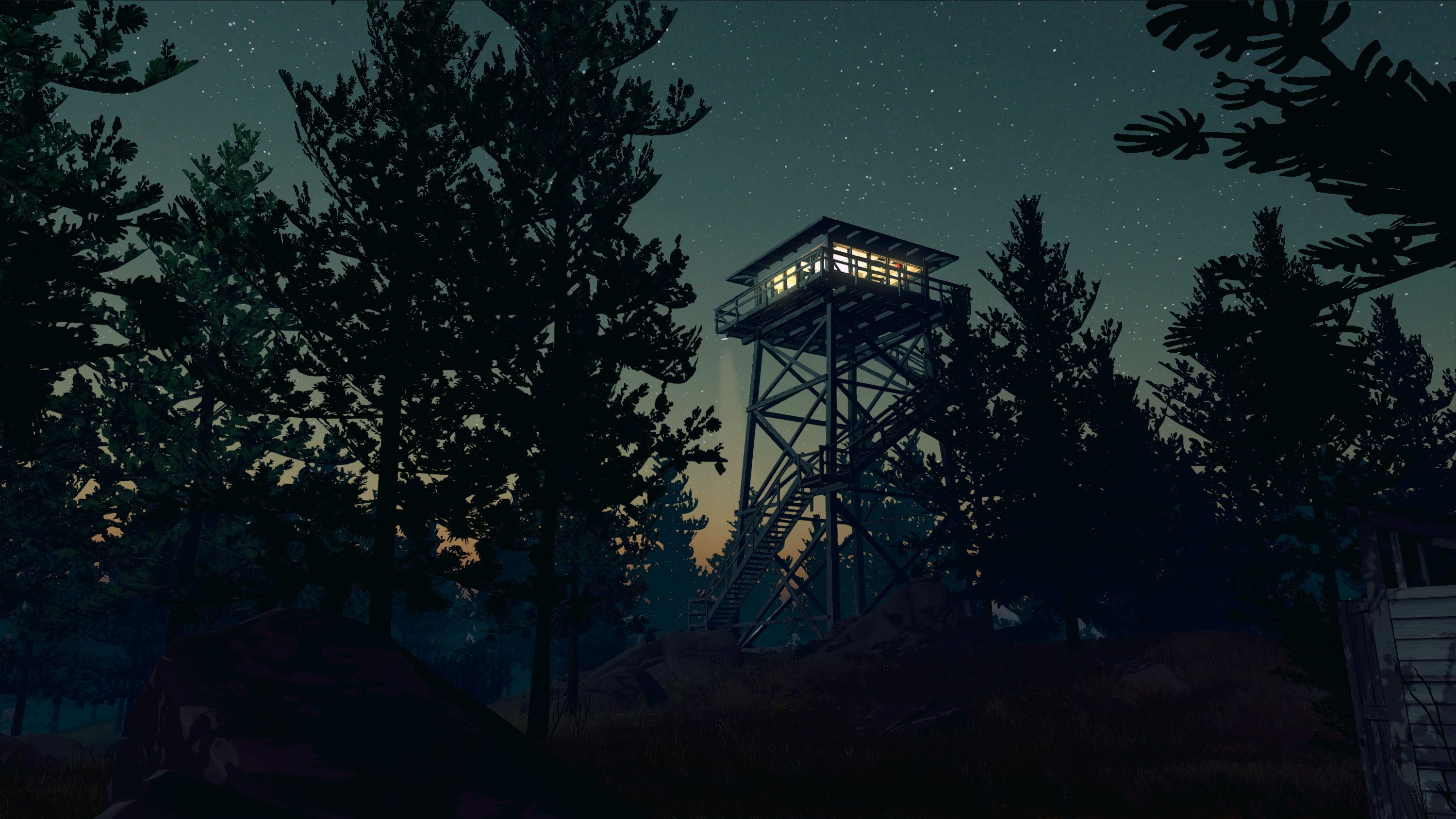 You never see Delilah, and Henry is only shown through his limbs and a drawing pieced together by his distant companion, so much of Firewatch is left to the player’s interpretation, and there’s a beauty in how it never holds your hand and expects questions to be answered by your own natural curiosity. Who is Delilah, and what mystery sits at the centre of Shoshone Forest simply begging to be uncovered? The campaign is short and sweet, days bleeding into one another as you develop a sense of comfort amidst the wilderness. Henry becomes a better person, but arguably a more complacent one until the reality of his departure comes into view and a decision rears its head. He expects to meet Delilah, to run away together and develop a relationship that abandons the tribulations that brought him here in the first place. Yet his partner rejects him, insisting he returns home to his wife and tries to piece whatever semblance of life he has left back together. It’s the harsh truth.

People are naturally flawed, and will make bad decisions and cowardly acts of judgement in the face of situations that seem almost too difficult to comprehend. The life that Henry has spent years building is suddenly falling out from under him. His career, identity, family, and sense of worth being torn asunder through no fault of his own, and suddenly he’s being blamed because he isn’t capable enough to deal with it all. None of this is fair, and Firewatch isn’t afraid to lean into the dark, ominous circumstances of morality while always taking time to show how beautiful life can be, especially the smaller moments we often never take the time to appreciate. Delilah and Henry’s relationship is unique, real, and was always bound to end in sadness. Their emotional and physical distance is profound, commitments returning to the fray alongside a reality they spend months in the wilderness ignoring. 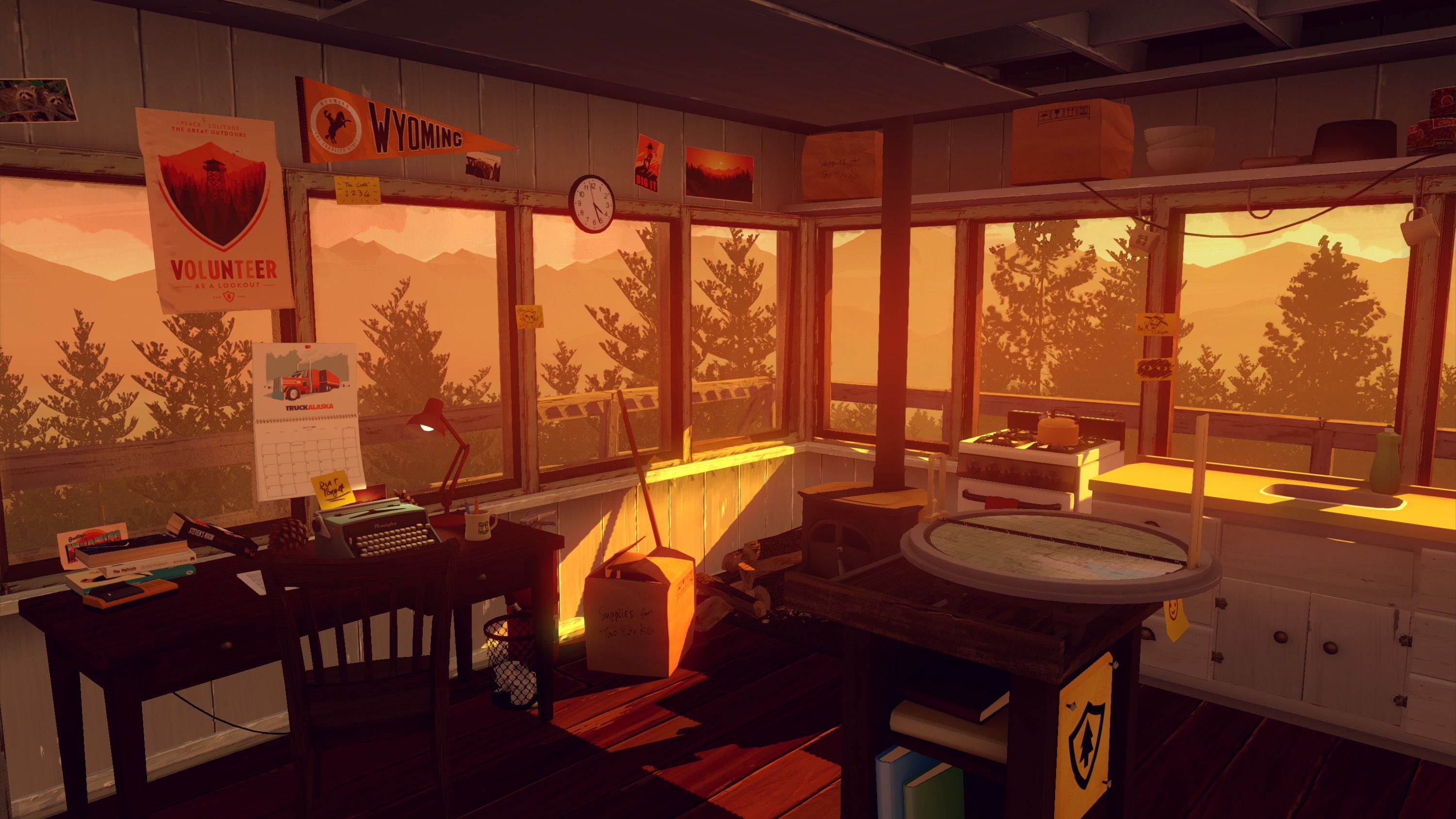 Facing the music in life is the hardest thing we can possibly do as humans, whether it involves a new job, relationship, or losing someone you love. Grief can seem insurmountable in the moment, but loss can also help us grow as people and appreciate things in life that we never once thought to entertain. Firewatch leans into the majesty of this statement, each and every piece of dialogue and small environmental details helping cement an experience that nothing in games is yet to replicate, and all these years later it remains a masterpiece.

You can complain that it doesn’t end in a cliched romance and the climax of Henry’s emotional journey remains ambiguous – but that’s the entire point. Life is harsh and unknowable, and we’re often left to contend with choices that we never wanted to make in the first place. Yet wonder can still be found on such pathways, and Firewatch is a snapshot into a wider story we’ll likely never see, but that doesn’t make our role any less special. Do yourself a favour and check this gem out on Game Pass. You won’t regret it.