I like to consider myself a calm and collected person. I once allowed a freelance invoice to sit unpaid for eight months. When my internet goes down, so long as I’m not working, I go and read a book. I have always been able to face most of life’s worries, big and small, with a smile and a cheerful attitude.

For a long time, my relationship with Hearthstone was marked with constant, low-level irritation that would spike into indignant rage. However, recently, I’ve made my peace with the game. I have won the battle over myself. I now love Hearthstone. I’m sure part of this is due to deep personal growth, but a larger part of it is thanks to the game’s single-player adventures.

I had never played a collectible card game before Hearthstone, not even Magic: The Gathering. I hadn’t been allowed to collect Pokémon cards as a kid, as my parents felt like it enabled capitalist fads. But I was a grown-ass woman when Hearthstone came out. I jumped into the game.

I don’t spend a lot of money on Hearthstone, and I dabble nearly exclusively in the Wild format of the game. The Standard mode regularly rotates, with Blizzard removing old cards from play for a “better” metagame. I, on the other hand, am an innocent babe swaddled in the woods, and I cobble together whatever decks I find satisfying to use against other players. A mage built around Ragnaros? Sure. Secret Paladin and Jade Druid? Yes! Murloc shaman? Seems fine. My laissez-faire attitude doesn’t extend to the game itself. In theory, it should not be possible to be rude in Hearthstone. Each hero only has a few voice lines that can be prompted with commands, like “Wow!” “Thanks!” or “Well met!” That feature of its design is well-intentioned, and if someone said, “Wow!” to me as I went about my daily life, I would say, “Thank you!”

In Hearthstone, however, people use “Wow!” as a tool of psychological torment.

Every time someone hits their “Wow!” emote after I play a combo I feel good about, my primal lizard brain suddenly ignites with shrieking fury. That wasn’t a good combo, I realize. That’s why they’re going, “Wow!” And sure enough, they pull some card that counteracts everything I’ve achieved. Before long, my husband finds me playing Hearthstone with the same expression that a dog confronted with a piece of citrus has.

Why do wolves howl at the moon? Why do mother animals protect their children so ferociously? Why do I find myself gripping my tablet and staring at my opponent’s Voidlord like it personally wronged me? I don’t know the answers to these questions, but they all come from the same source. 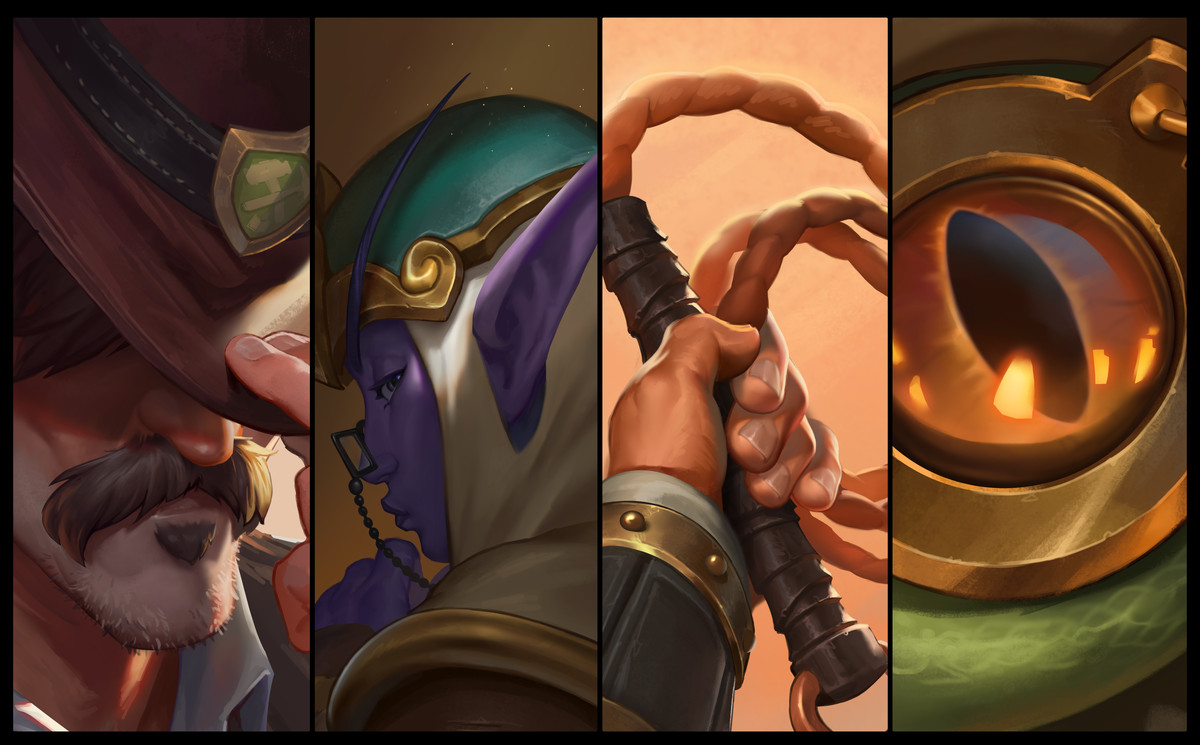 At one point, a much more experienced and skilled friend gently asked what cards I found the most annoying. Perhaps he could help me come up with a counter-strategy, he suggested. In the end, he ended up incredulously listening and nodding as I reeled off a list of cards that were not strong in any way. Rather, these are cards that I feel are fundamentally unfair and irritating to me specifically.

My friend could not help me, because my battle is internal. There are two wolves inside me; both of them like to win Hearthstone, and both of them think any card that causes even the slightest obstruction to that is bullshit. Hearthstone’s competitive mode is a spicy meatball, and I have emotional acid reflux.

Add in the random nature of opening packs, and things got worse. Blizzard released a cinematic about the joy of “new pack day.” The cinematic was gorgeous, as Blizzard’s cutscenes always are, but the weird childlike joy and wonder that grounds the entire sketch has never been present in my experience. “New Pack Day,” as a cinematic, felt like an advertisement for an infuriating gambling mechanic more than a celebration of a game I loved.

So, for a while, I fell out of Hearthstone. I figured that the game just wasn’t clicking for me, and I didn’t want to keep pushing myself to enjoy something I found infuriating. There was only one thing that kept me coming back to the game: the single-player events, like trekking through Naxxramas or returning to the site of iconic raids like Blackrock Mountain.

Here’s the thing: I find myself genuinely enjoying Hearthstone’s single-player content. Blizzard has been increasing the amount of time and attention it spends on these experiences. Curse of Naxxramas, the first adventure, seems like more of a prototype compared to the most recent Dalaran adventure. Not only is Blizzard introducing more single-player content, but there’s an increasing amount of continuity. Saviors of Uldum, for instance, is a direct sequel to Rise of Shadows.

These single-player campaigns build their own parallel world of Warcraft alongside the main continuity, and as someone who loves the IP and its setting, I find these starting points intriguing. There are Hearthstone takes on Warcraft lore and locations that I actually prefer. In World of Warcraft, Gadgetzan is pretty small and straightforward. In Hearthstone, it’s a crime-ridden port city experiencing an economic boom (and all of the chaos that comes with it).

It helps that the campaigns themselves strike a really good balance between difficult and approachable. In Hearthstone’s competitive mode, a player can pull out a deck they’ve spent years perfecting and pull off some combo I couldn’t possibly have seen coming, let alone been good enough to counter. Hearthstone’s single-player campaigns are far more forgiving. Instead of going against unknown, often seemingly unstoppable odds, I am presented with a challenge. It’s fun and intriguing seeing what decks can beat these bosses, and the pressure of another player watching you is gone.

After struggling with the competitive format of Hearthstone, the difficulty in building decks in Standard, and the swings and chaos of Wild, I’ve finally found a home in adventures. The game’s single-player content still maintains a bit of the manic quality that defines Hearthstone, but it sands away the rough edges and presents something I find enjoyable, stimulating, and just tough enough. As we progress through the rest of 2019, I find myself eagerly waiting for more updates on Saviors of Uldum and its follow-up expansion. It’s a good problem to have, and I prefer it over the alternative of barely chained, irrational rage.