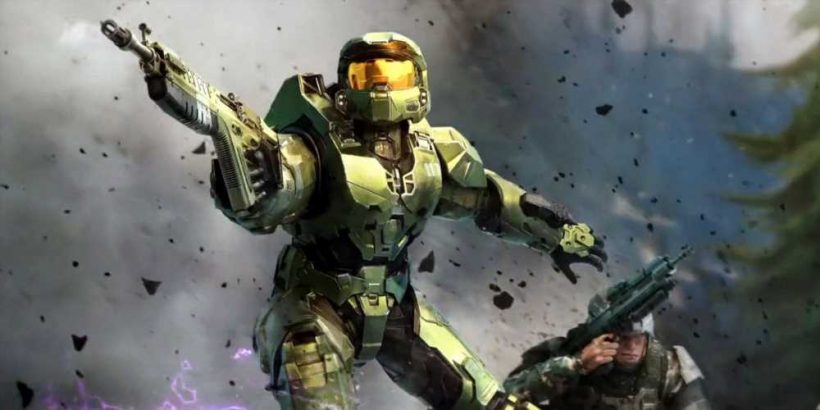 One of the biggest flaws of Halo Infinite right now is the lack of official couch co-op. While some players have managed to implement the feature at the cost of their saved data, 343 Industries will properly introduce the mode in May 2022 alongside the multiplayer’s second season.

That’s several months away, and I already know a handful of people who are holding off on starting Master Chief’s latest adventure until they can do so with a friend by their side. After Halo 5: Guardians decided against including the mode despite being built around two teams of distinct Spartans, I can understand that choice, but part of me feels Infinite is almost better played alone.

Please don’t cancel me just yet. Halo Infinite’s campaign and core narrative themes are built around the concept of loneliness, the idea of a loss so profound that Master Chief now sits at a crossroads. The UNSC is in tatters, and his enemies reign supreme over a ring that will soon be capable of destroying the entire galaxy. Aside from the companionship of an anxious pilot and a blissfully ignorant artificial intelligence programme, you are alone. Cortana is gone, Blue Team is gone, and all of your comrades are either dead or missing in action. You have no choice but to pick up arms and find something new to fight for. As a result, progressing through the campaign on your lonesome is the best way to experience it. You’ll often come across Marines who will help you take over outposts or uncover new secrets, but the majority of the time Chief is left to his own devices as he explores Zeta Halo, and it works so well because of this. With a friend causing chaos by your side, so much of this ambient discovery will be lost to a symphony to welcome yet gaudy chaos.

Past games – with the exception of a few missions – would just spawn a second copy of the Arbiter or Master Chief to accommodate a co-op playthrough of the campaign, with the second character never being referred to in narrative-heavy cutscenes or set pieces that must acknowledge the presence of an important character. This works, and likely will once again when it eventually arrives in Halo Infinite, but I can’t help but feel that the new game’s increased reliance on storytelling and player discovery will only serve to dilute the fantastic campaign. Perhaps the multiplayer avatars can be implemented, so we’re able to showcase our hard-earned cosmetics and skins in a new environment away from the chaos of an online arena. It would work a treat, but two Master Chiefs would cheapen the impact of a story that deserves to be taken seriously, especially during your first playthrough. I grew up playing Halo with my siblings, and we both expressed displeasure about Infinite’s absence of couch co-op, but after playing through and loving the campaign, I can’t help but feel having another Spartan along for the ride will worsen the experience.

It will obviously be more fun if you’re willing to lean into the absurd, developing outlandish grappleshot techniques or planning a two-pronged attack on certain outposts to take out the enemy in a silent but deadly way. There’s so much potential for the gameplay systems to be stretched, but once you dip into the instanced campaign missions, this room for experimentation falls away. The Weapon and Pilot are always talking to you, giving you directions on where to head next or providing subtle hints for environmental secrets that remain hidden amidst all of your usual objectives. I’m likely just overly protective and poetic when it comes to my tall green space Marine stories and the emotional resonance they can carry, and how a friend or stranger muddying the waters could zap away any and all nuance. Couch co-op will still be an amazing addition to Halo Infinite, and one I hope is implemented in a way that goes beyond spawning a second avatar and calling it a day. Make it a big deal, a landmark event for the live service title and how future campaigns will make use of cooperative play in bold and unexpected ways. I’d love to see that, especially if future stories are willing to take advantage of two characters fighting together against the unknown.