Halo 3 — arguably one of the most iconic shooters of all time — turns 13 years old today. Despite originally coming out way back in 2007, it has seen a massive resurgence in popularity since launching as part of Halo: The Master Chief Collection earlier this year. From minor quality of life enhancements to newly realized Scarab fights on PC, this refined and polished iteration of the game has breathed new life into the denouement of John Halo’s original trilogy.

But there are some people who don’t give a shit about The Master Chief Collection — people who, for better or worse, refuse to play Halo 3 on anything other than an old school Xbox 360. This was the console that Halo 3 was originally intended for, and despite there being fewer than 1,000 regulars in matchmaking lobbies ravaged by lag and latency issues, a small legion of players continues to party in Sandtrap like it’s September 2007.

“Why?” I thought to myself. “It’s on PC!” So, instead of hopelessly wondering what drives people to continue to log into Halo 3 on Xbox 360 every day, I got in touch with a couple of people who still do exactly that. Most of them have other consoles, often play other games, and have played all of the more up-to-date Halo titles — but when it comes to Halo 3, it’s Xbox 360 or bust. 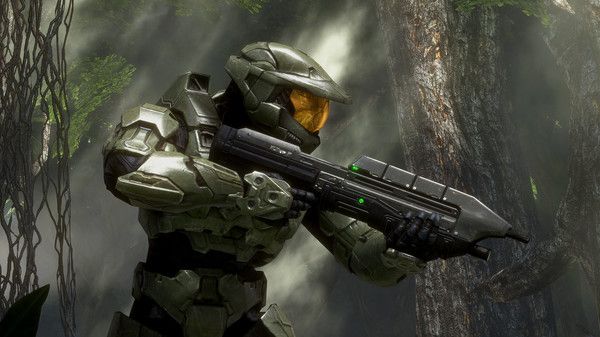 “Are you serious?” Daniel Bergey asks me. I’ve just messaged him on Reddit, saying, “I saw you posted a Halo 3 clip earlier today — any chance you’d be up for a quick chat?”

“Sure, I’ll chat,” Bergey says. “It’s the best game ever created and nobody can tell me differently.”

Bergey — like many of the people who play Halo 3 on Xbox 360 in 2020 — primarily focuses on campaign. His Wi-Fi is pretty poor, he explains, and given that online matchmaking is maintained to function at the minimal possible capacity, it’s not realistic for many players to queue for Team Slayer anymore.

“I tried it a couple of weeks ago and I got into a game after a while,” Bergey tells me. “Half the reason it took so long was because of the Wi-Fi and low amount of people. [And] once I got into the game it lagged all over, so I can’t really play right now.”

Bergey has never really let go of Halo 3 — he’s been playing religiously ever since it originally came out. Other players, like Stephen Webb, have come back to the game more recently.

“I just felt like trying to go through the campaign again as a nostalgia trip since I had so much fun with my older brother back in the day on it,” Webb explains. “Halo 3’s campaign was one of the first times I felt a bond between me and my brother. He was Chief, I was The Arbiter — he drove the Warthog, I manned the gun.” 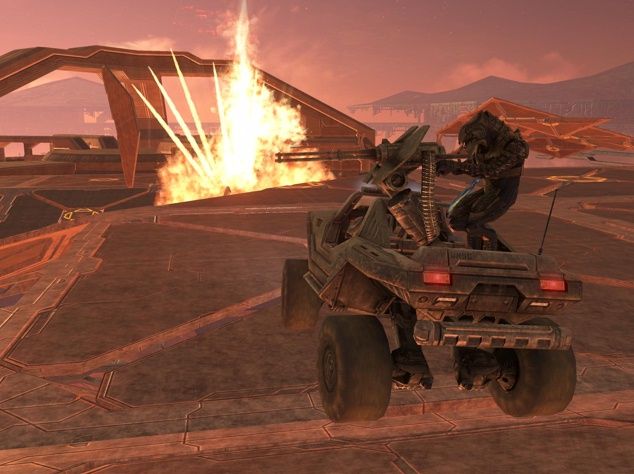 Webb’s story reminded me of playing with my own brother, except in that instance I was John Halo, being five-and-a-half years older and all that. It’s amazing how these things can have an impact — I actually went up to my brother’s room after speaking to Webb, and we reminisced about our time taking down the Covenant together.

“We played it together not long after it came out,” Webb tells me. “[Going back to it now] was mostly out of boredom and a desire for a nostalgia trip. Unfortunately, [my brother] is in another state and is busy with college. It did hit that urge, but in a way I was sad because it didn’t quite feel the same without him there.” Fortunately, Webb and his brother still talk about Halo 3 lore whenever they meet up, and recall fond memories of the times they spent playing custom games with their friends during double sleepovers.

A Reddit user who goes by the handle Lindenpuckey7 also continues to play Halo 3 on Xbox 360 in pursuit of nostalgia. They’re drawn to the general feel of the 2007 version, and reckon the original menus are timeless.

“My first console was an Xbox 360, so it’s nice to go back and play on the OG version of the game that got me into the Halo franchise,” Lindenpuckey7 says. “I have an Xbox One and PC now, so I definitely play [other games] on them as my mates are on them. But I [still] go back to the Xbox 360 just for the memories.”

Redditor FluxIndicator echoes this sentiment, also saying that despite having access to newer consoles, there’s just something inexplicably special about the original Halo 3.

“For me, it’s not that I can’t afford a newer system,” FluxIndicator explains. “I have a PS4 and Xbox One, but the Xbox 360 was the first console I ever had that wasn’t made by Nintendo. I always wanted to play through the Halo series but my parents never let me — that’s why I still play Halo 3 on the original hardware. And even if I wanted to play on a newer platform, I would lose all my data.”

Pizzaaaa000, meanwhile, plays Halo 3 on Xbox 360 because his dad asked him to play it. In this case, his dad is the OG player — Pizzaaaa000 only got into the original Halo 3 recently. Fortunately, he’s been going strong for a few months now, and regularly visits traditional Team Slayer lobbies with his dad. 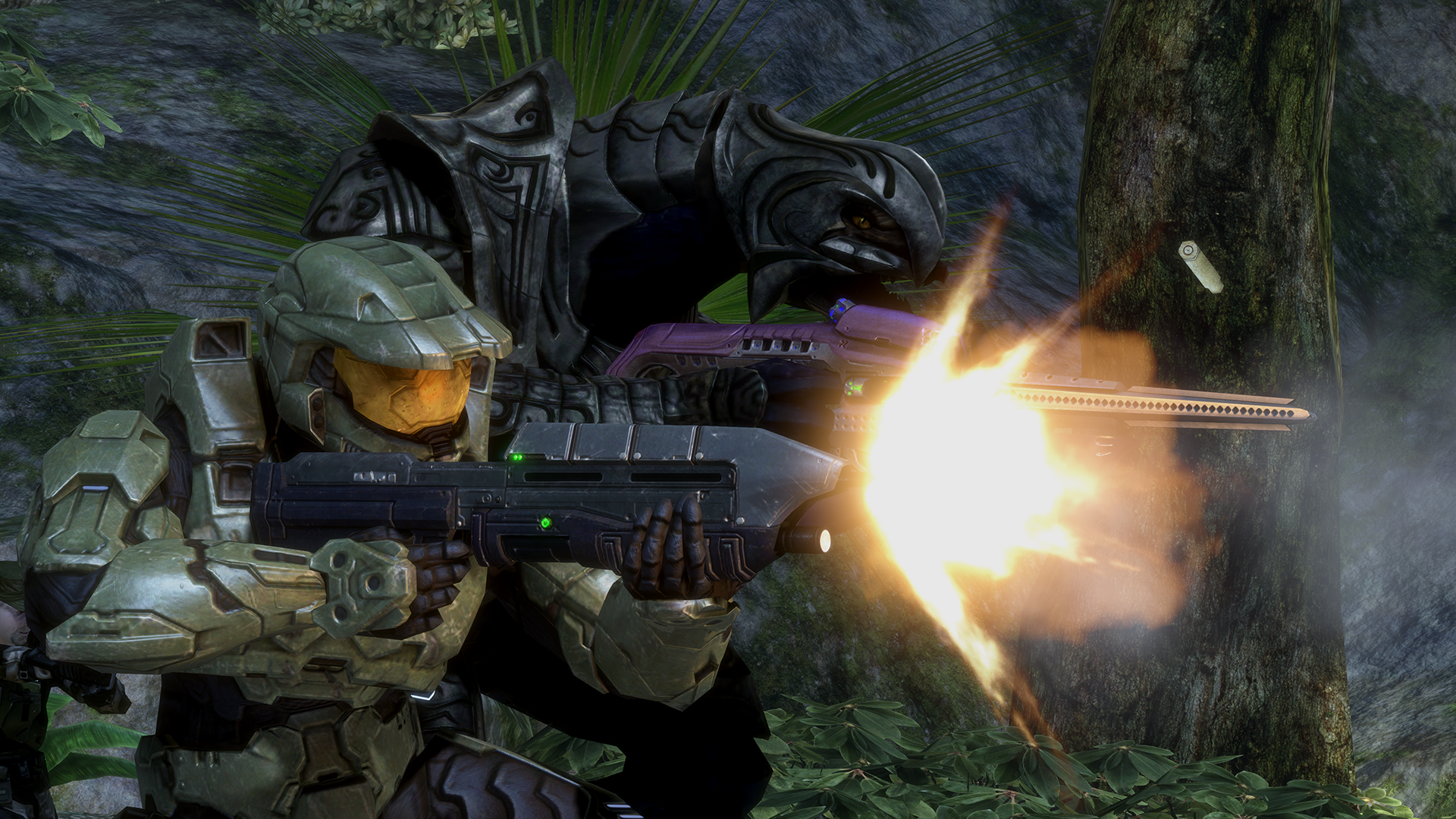 “I just reported and blocked him,” they add. Despite having a PS4, PC, and Xbox One, Halo 3 is reserved for 360 Team Slayer with their dad.

That one toxic person isn’t representative of the remaining playerbase, though. “The community is awesome,” Bergey explains. “Years and years ago, when there were hundreds of thousands of people online, there were some toxic players.” Now, however, Bergey says the closest you get to that is the occasional t-bag, which, while slightly lacking in sportsmanship, is undeniably hilarious.

“Everyone I’ve played with in the last few years just plays for fun,” Bergey says. “People who have stuck around since 2007 don’t care about seriousness and just play for their love of the game. Since Bungie is gone and probably isn’t coming back, I think people who still play cherish it even more.”

While matchmaking is a bit worse for wear right now, Bergey knows a lot of people who still regularly host massive custom games — he says he’d be lucky to even get a slot half the time, because the hardcore OG Halo 3 players are quick to fill up Infection lobbies. In Bergey’s eyes, about 90% of the appeal to Halo 3 on Xbox 360 is entirely related to these custom games.

“I remember I’d play matchmaking for a few rounds until it made me leader and then I’d quickly switch to custom games, bringing all of the people [in the lobby] with me,” he explains. “I pretty much stole people from matchmaking, but I have some pretty good custom games. About half would leave, but half would stay — sometimes I’d even make a new friend out of it.” 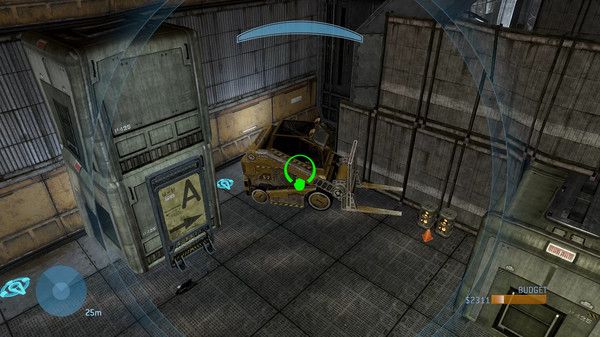 The amount of custom game modes in Halo 3 is frankly absurd — to name a few, there’s Trash Compactor, Halo, Frogger, Infection, Sumo, Random Weapons, Bull Pen, Toilet Bowl, Jaws… The list is endless, as are the possibilities for developing brand new modes in Forge. I personally used to be a fan of Elephant races, where the sluggish, colossal vehicles were so slow that it was often considered tactical to blow them up as violently as possible in order to catapult them across the map.

“I’ll always come back to Halo 3,” says Bergey. “It’s my favorite game. Since Bungie doesn’t make Halo anymore and it’s 343 doing it, I doubt anything will ever come close to the joy Halo 3 has brought people since 2007.” Bergey doesn’t necessarily hate the newer Halo games, by the way — he just doesn’t really care for them. Halo Reach was alright in his eyes, and Halo 4 was a bit worse than that. No comment on Halo 5.

“I’ve played [Halo 3] on the MCC, but it doesn’t feel the same,” he tells me. “It just doesn’t feel like the original Halo experience. I haven’t played it many times but the screen felt zoomed out like newer Halos, the maps looked different, the colors weren’t the same, and something just felt off.” 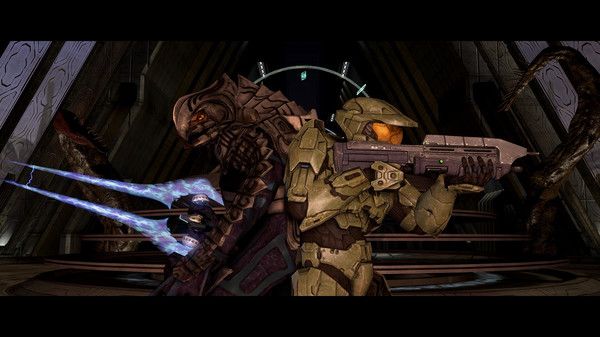 Webb echoes all of this, noting that Halo 3 is a timeless game that has aged like a fine wine. “It’s not super complicated on the surface, but the joy is found the longer you go. It’s nice to go back to a game where the fastest you ran was pushing the stick all the way forward, which is a pleasant change from the jets and sprints of more recent FPS games. Listening to characters like Johnson is always a fun time and the dynamic between the Arbiter and the Master Chief is subtly but masterfully crafted. It really feels like the culmination of everything the first two games built up to — an unlikely victory against all odds that requires great sacrifice. The Gravemind is still eerie, and Truth is a villain that you love to hate.

“The soundtrack is legendary and the graphics still hold up really well. Sometimes I’ll find myself humming the song from the main menu.”

When asked for any closing remarks, any tips for players coming back to Halo 3 on Xbox 360, or any particularly powerful emotions that still linger whenever he thinks about Halo 3 today, here’s what Webb had to say:

“Be careful with the flamethrower in the first Flood level when playing co-op. It kills players just as well as it kills Flood. And Rest In Peace Sergeant Major Avery Junior Johnson.”