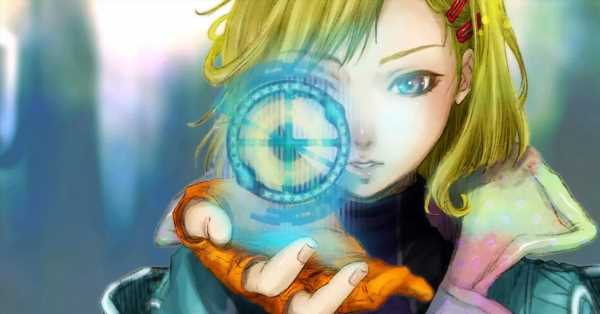 Impostor games have always had an odd way of bringing people together, whether it’s the real-life party past-time Mafia, a tabletop version like The Resistance spurring on heated debates, or Among Us helping social groups find a way to stay in touch amid the pandemic.

Gnosia is an interesting take on social deduction because it eschews a typical multiplayer framing in favor of a single-player format. It plays out like a visual novel crossed with a debate club, where you have to try and direct discussion and suspicion without drawing too much upon yourself.

But don’t mistake Gnosia for yet another game hopping on the Among Us bandwagon. It’s origin story is much longer and prestigious than you might suspect.

Gnosia’s the second game from Japanese indie studio Petit Depotto following 2013’s Unholy Heights. Team leader Mezukare — the developers commonly go by their pseudonyms — told me in an email interview that the inspiration first came from playing a “werewolf-style” game on their smartphone; they were dissatisfied with the construction of the experience, and so the team decided to make a variation they could enjoy themselves on the PlayStation Mobile platform, starting development in 2015.

“So at first, we weren’t really even considering releasing it,” Mezukare says.

While Gnosia is only just now coming over to the U.S., it’s already been out for nearly two years in Japan. It originally launched for the PlayStation Vita in 2019, not long after Sony officially discontinued production of the handheld. Normally, that kind of exclusivity would be a bad thing. It didn’t have quite that effect on Gnosia, however.

Things were quiet around the week of release, Mezukare tells me. It was a game that was trying some new things. But as word of mouth started to spread, comments popped up from players who enjoyed it online. It suddenly exploded, as they describe it; Gnosia would go on to receive a 36/40 from Famitsu and a 10/10 from IGN Japan.

“All the reviews from different game media were really good, and the fact that we were totally unknown actually got us even more attention, so the sales figures shot up out of nowhere,” Mezukare says. “We were extremely happy to see all these players supporting us so passionately, and that really helped give us confidence.”

Though Mezukare says Gnosia was made for Vita users, the team received a volume of fan requests for a port to the Nintendo Switch. It was something they didn’t consider right away, but after seeing Vita users commenting on how the platform was “dead,” Mezukare says that’s when they thought they had to put it on Switch in Japan.

On March 4, the Switch port finally comes to the United States.

Gnosia is more than an anime Werewolf

On top of the impostor element, there is another major focus of Gnosia that sets it apart: time loops. It’s clear within minutes that your character is caught in a time loop, repeating these games of humans versus impostors over and over again.

In some cases, you’re a simple crewmate. But what if you loop back around as an Engineer, who can scan one person for potential impostorhood each night? Or the Doctor, able to test and see whether the person most recently put into cold sleep — a slightly less gruesome alternative to the usual voting-out portion of a werewolf game — was an impostor or not? Or maybe you’re the Gnosia itself, an alien lifeform pretending to be human, each night working to erase their existence from the universe.

Each loop, the player tries to learn more about the world, like why time repeats itself or what the Gnosia really are, while also avoiding erasure or being put into cold sleep by their fellow crew members.

From the outset, Petit Depotto’s four-developer team worked to make Gnosia a single-player, narrative-driven social deduction game, with stats that increase between loops, bolstering the player’s ability to charm crewmates, intuit lies, and avoid the ire of the Gnosia, all while deducing the story’s greater mysteries.

With dozens upon dozens of potential crewmate and role assignments, various numbers of characters and potential Gnosia onboard, and details to discover about each person, it might seem difficult to wrangle that kind of narrative into one cohesive thread.

“Since there weren’t many stories out there that were structured similarly, it first took a lot of time just to work out how to write it, and while writing the story we kept digging and digging, and took it one step at a time, very carefully,” Mezukare says.

Luckily, the team had some help. Mezukare says they received some advice from Amphibian, a developer who worked on a similarly structured visual novel called Raging Loop, that “really helped immensely.”

Unlike Raging Loop, which branches out along set paths with traditional “good” and “bad” ends, Petit Depotto’s game loops in tighter constraints. The team streamlined the structure so that each “loop” should take anywhere from five to 15 minutes. It seems a little quick, but it can be overwhelming at times when you have 15 crewmates on board and any number of roles in play.

Mezukare says the team decided to have the first set of 15 loops act as a sort of tutorial: debates are simplified, characters are gradually introduced, and the different roles and rules trickle in over time. You begin with fairly basic commands, like being able to doubt someone’s motives. Then, as the loops carry on and your abilities grow, you gain access to new ways of shifting the debates, bending the story in new directions.

“We’ve also included a handful of shocking plot twists and surprising story events,” Mezukare says, “In order to keep things interesting and make sure the player doesn’t get bored.”

With Gnosia coming west, there’s now an entirely new segment of players to try it out for themselves. The team is excited for them to play, noting how it provides a different kind of experience — a single-player game that’s both a mystery and a novel — than the multiplayer-focused Among Us.

“This is a game that features an entirely new system of ‘game grammar,’ so we really hope that players outside Japan can get into it and appreciate it,” Mezukare says. “For each individual player, there is a unique feeling of catharsis to be gained.”

For a team that was making a humble visual novel for the Vita, it’s been an interesting journey. Mezukare recalled how fun it was discussing different settings and stuff that didn’t make it into the final product; “Also, playing Splatoon 2 while thinking about how development was behind and I was about to go broke was super fun, too!” Mezukare says, noting the team still plays together now.

At least for now, those Splatoon 2 games can be a little livelier, as the team finds out whether Gnosia can become the same sensation for a new group of players. Gnosia will be out for the Nintendo Switch on March 4, 2021.