Ghost Recon Breakpoint is a conflicted mess of an open-world experience. It is unreliable in almost everything it offers, from tactical firefights and enemy intelligence to open-world exploration and mission flow. Developer Ubisoft Paris also didn’t solve the issue of repetition that plagued Ghost Recon Wildlands – it’s even worse this time around. Flashes of brilliance are scattered amid the turmoil, but no matter how much you try to latch onto them, the game finds another way to pull you down and upend your progress.

When Breakpoint works as intended, it delivers thrilling four-player cooperative strategy. This includes satisfying stealth, fun drone surveillance, heavy firearms that kick like mules, plenty of useful loot, and maybe even a gripping story sequence that makes you look forward to the next mission. When things don’t go as planned (which is more often the case) Breakpoint is broken. Bosses come back to life, teammates respawn over a mile away, your character is inexplicably unable to aim over a barrier, and enemies stop dead in their tracks right in front of you. In some of my play sessions, a mission would go off without a hitch. In others, my squad couldn’t do anything without some kind of glitch (like one of us falling through the world geometry) throwing a kink in our strategies. 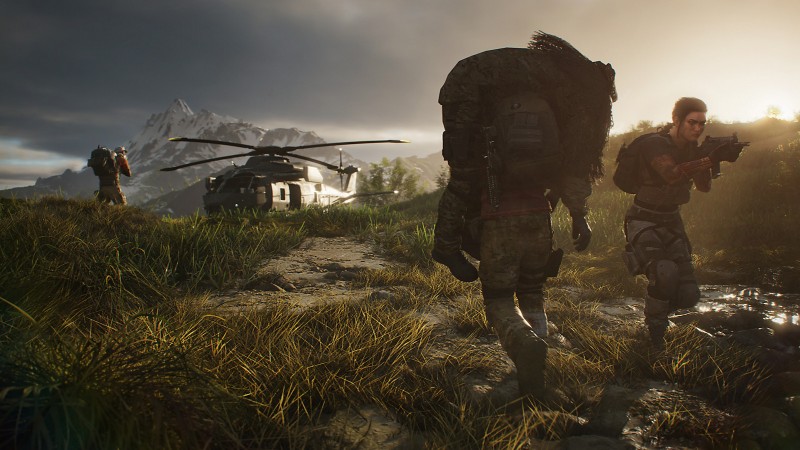 The game’s set up is quite good: You and a small group of Ghosts have been deployed to Auroa to handle a terrorist threat that just happens to have a connection to your past. Cole Walker, a former Ghost who you ran with back in the day, wants to weaponize the island’s innovative drone technology. You need to stop him. From Far Cry to Assassin’s Creed, Ubisoft often struggles to deliver interesting villains, but not with Walker. He is immediately imposing, and brought to life exceptionally well by actor Jon Bernthal. Walker holds your interest, but the story doesn’t deliver much to grasp onto other than him, and ends up hitting the same dull note repeatedly. The side stories, of which there are many, also don’t have much of a pulse, even with some moments offering player choice. Breakpoint’s story is better than Wildlands’, but that isn’t saying much. The scenes with Walker are usually captivating in disturbing ways, but that’s about all the narrative successfully delivers.

Ubisoft’s decision to create a fictional place is a success that pays dividends from start to finish. Auroa is an island where the brightest minds in technology congregate to improve the world. Aurora’s scenic mountains, valleys, swamps, and tundra, feature pockets of sci-fi like industrialization. Many buildings look like artistic sculptures, and the people who work here live like royalty in homes with open views of the stunning landscapes. Helicopter rides give players a chance to fully appreciate this beautifully realized world, which is filled with side missions, random points of interest that hold loot and collectibles, and some areas are even used for fun 4v4 PvP Ghost War battles. 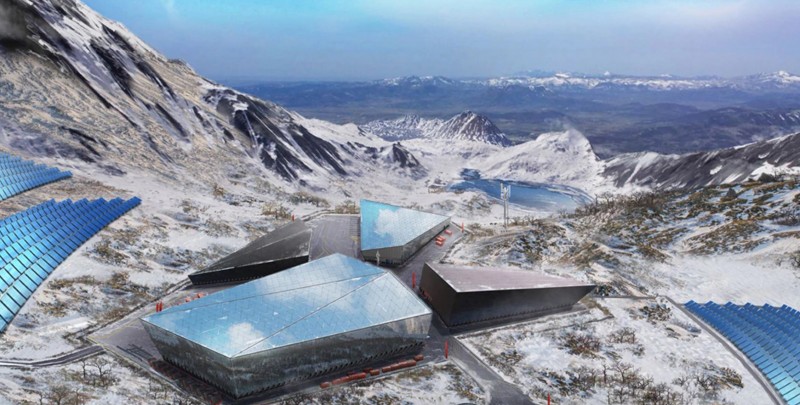 The belief that you are a part of a thriving world is more defined than in Wildlands thanks in part to the introduction of a social hub called Erewhon, a small village tucked inside of a mountain cavern. Erewhon, as interesting as it is for the fiction, is sadly used as a mission destination too often, forcing players to fast travel excessively. Why can’t we just call the mission giver on the phone to get a 10-second update before having to head out again?

Outside of this unwanted pitstop, mission setups are usually interesting, giving players numerous interaction points, including some that require a little detective work, like tracking down a document or interrogating a high-ranking official to learn where a dangerous target is. As varied as the mission setup and objectives are, the act of completing these tasks is repetitive, and you are rarely challenged in different ways. Ubisoft’s other open-world shooter, The Division 2, did a fantastic job with mission flow, taking players to through long and well-conceived areas. Breakpoint is the exact opposite, pushing players to either aggressively or stealthily reach a point of interest and then move on to the next. As empowering as it is to enter a location however you want, the lack of structure makes every mission feel routine. With few enemy types to confront over the course of the entire game, most assaults usually end up feeling the same, too. Being able to spawn a helicopter from any bonfire means you don’t really ever need to use any of the other vehicles to explore the world. The best path to success is doing the same things over and over again. 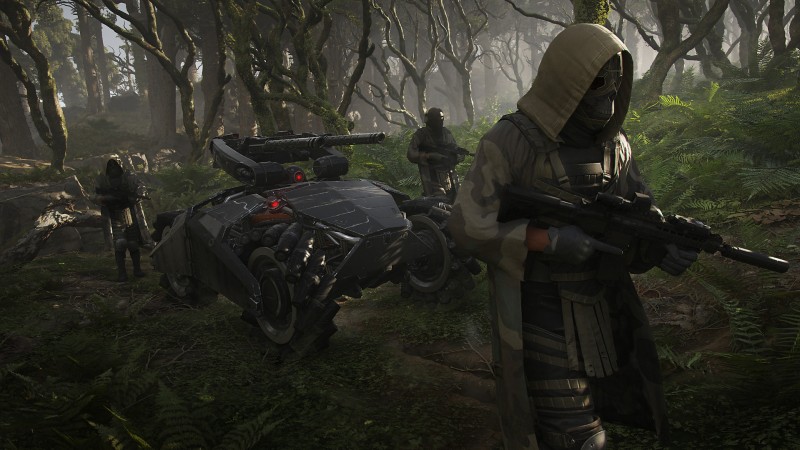 That said, stealth in Breakpoint is handled admirably. The auto-stick cover system creates damning problems for shooting over obstacles, but it works fairly well for sneaking, and the enemy observation meter fills slowly enough to allow for quick course correction should you get stuck on the wrong side of a wall. If the enemies are alerted to your position, they attack with everything they have and can kill you and your squad quickly. However, they don’t stand a chance if you hunker down in a protected spot. They are too aggressive, and will funnel to you one by one until their entire division is wiped out, making most missions fairly easy if you can find such a location. Most areas are filled with rooms you can use to exploit the A.I. Guns feel great and are varied, but what you use them against rarely puts up a good fight.

Enemies drop plenty of loot, and Ubisoft does a nice job of making most of it meaningful. As you progress, you slowly advance in rank (with 150 being the ultimate goal to topple the final mission, which you can access from the beginning). The loot is awesome in how bountiful and varied it is, but none of it makes much sense. Yes, a +7 gun is better than a +2 gun, but you also find a low green-ranked baseball cap offers more protection than a rare gold-ranked helmet. The rags-to-riches path of making your character look cooler as the game goes on isn’t here, and instead seems to be completely random as to what the most powerful items in the game are. My final form consisted of a stocking cap and plastic surgeon gloves.

The most telling moment in Breakpoint came during the final mission. My team successfully took down the final boss, and then hacked a computer to end a crisis. My character nodded approvingly and smiled awkwardly, and then, just when it seemed like the credits would roll, my squad reappeared in the world, and the boss was back. This time around, he was invincible, and ended up wiping us out with ease. When we respawned, the mission had reset to its first step. It was an unfortunate bug that wiped out a good hour of work.

This final moment with Breakpoint sums up the game perfectly. There was a sense of victory, and then it all fell apart and became a maddening mess. I had some fun playing with friends, but constantly found myself wondering how this follow-up could go so wrong.