It’s been five years since The Witcher 3 launched, and to this day I still firmly believe that No Place Like Home is its most memorable and affecting quest.

For all of its furious fiends, leviathan leshens, and wicked wyverns, The Witcher 3, for me, was always at its best during its quieter moments: Geralt and Yen sitting on an airborne shipwreck after defeating the djinn; Geralt and Ciri having a playful snowball fight to distract themselves from the encroaching Wild Hunt; and, best of all, Geralt, Lambert, and Eskel getting absolutely smashed on cheap booze while Vesemir is out on serious business.

No Place Like Home is so tonally dissonant from everything else going on at face value, and yet it is by far the most naturally engaging quest in the entire game. If you’re scratching your head trying to remember which one it is, here’s a quick refresher: Vesemir legs it off into the mountains in order to try and change Uma back into Avallac’h. While he’s gone, Geralt and Yen have a conversation that’s different depending on whether or not they’re still together after the whole djinn thing, and either do or don’t head upstairs for a bit of messing about. After they come back down, they find Lambert and Eskel skulling pints. Naturally, they join in. 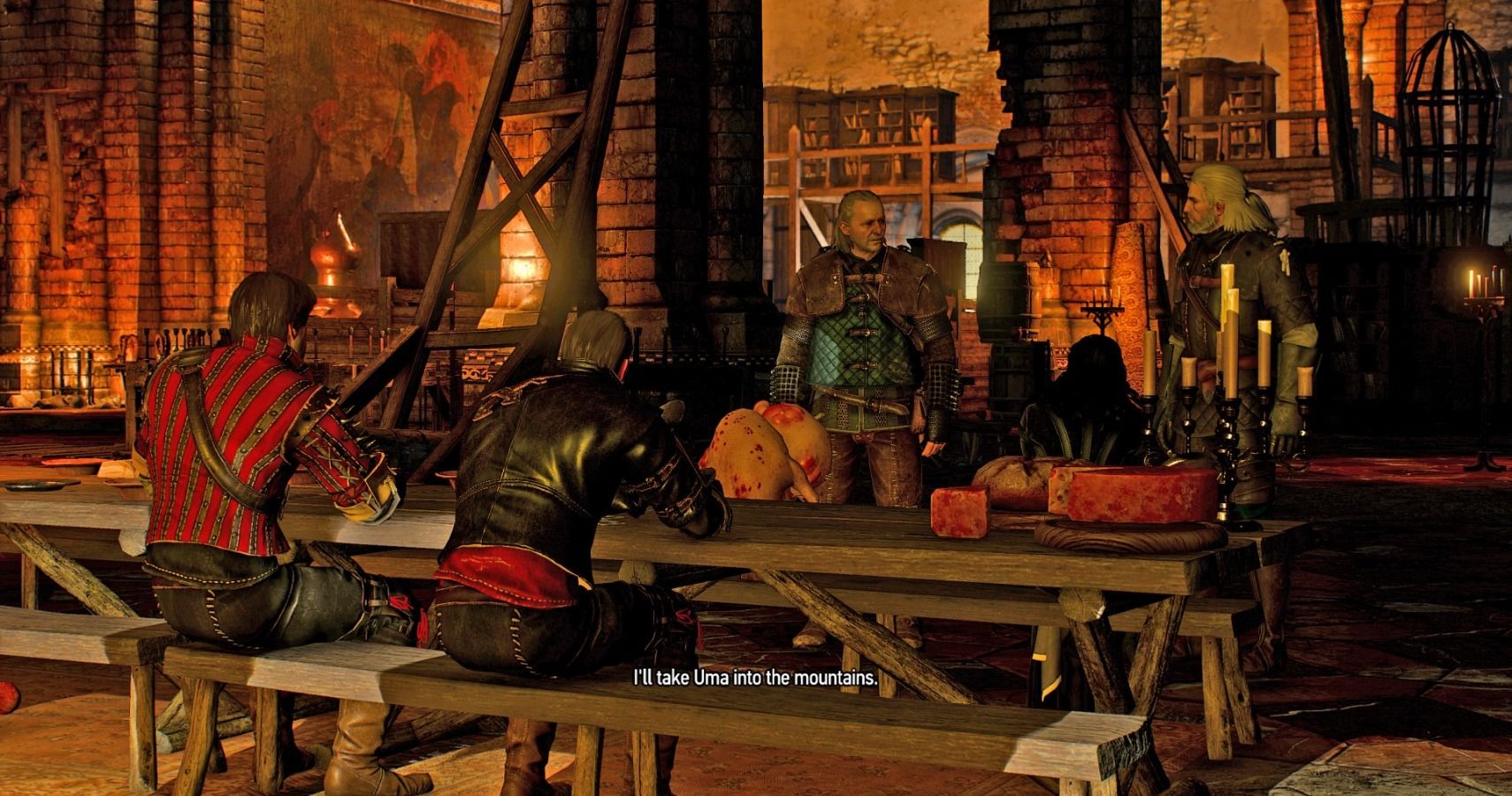 I’m going to be upfront here and say that anyone who sends Geralt to bed early is a cop or a dryshite. Yennefer knocks back a few tankards with a professional drinking arm, but is unfortunately a bit tired. She tells Geralt to stay down if he wants to, but reminds him that they’re trying to turn Uma into a powerful magical elf who knows their daughter’s whereabouts in the morning, so he best have his wits about him. As soon as she leaves, you’re met with the first of many choices, which all basically have the same two options: drink, or go to bed.

The more you drink, the more emphatically “Witcher” the whole experience feels. You talk shite with Lambert and Eskel as if you’re down the pub with your own friends. Eskel leaves in an attempt to source another keg, but after about 30 minutes of impatiently waiting for his next bev, Lambert decides it’s time to look for him. Remember, witchers have improved senses, so all you’ve got to do is follow the stench of piss and booze. Eventually you find Eskel passed out on the pavement, his uncomfortably hard but refreshingly cold pillow for the night. No, Eskel, it’s too early to sleep! Get up! Drink, or go to bed? Drink!

Lambert decides he’s sick of drinking with two lads and convinces Geralt to ring up the Lodge of Sorceresses. He reminds him that Yen has a megascope, a magical device used for pressing concerns about the fate of the world at large — puppet kings, nefarious plots, and all manner of political ploys played out by means of espionage and subterfuge. No, Geralt. Get your kit off. Give the elven sorceresses a ring.

It’s ludicrous, but it’s also one of the most real segments of what is emphatically and consciously a fantasy story. People often complain about the narrative dissonance between Geralt playing cards in pubs and actually looking for his adopted daughter — which, by the way, makes sense, given that you can’t travel 24/7 and need to eat, sleep, and earn money — but this night of drunken debauchery before finally getting a legitimate lead… It’s a very human thing to do. Waiting on college results? Crack open a bottle of Jameson. Nervous about the job interview you just did? There’s gin in the kitchen. Apprehensive about the fact that a long-dormant experimental procedure designed to convert young boys into mutant monster-killing machines may or may not lift the deadly curse on the one single person on the planet who knows how to find your daughter? Well, lads, we’ve got a load of kegs in that there basement, and plenty of hours to kill before sunrise. 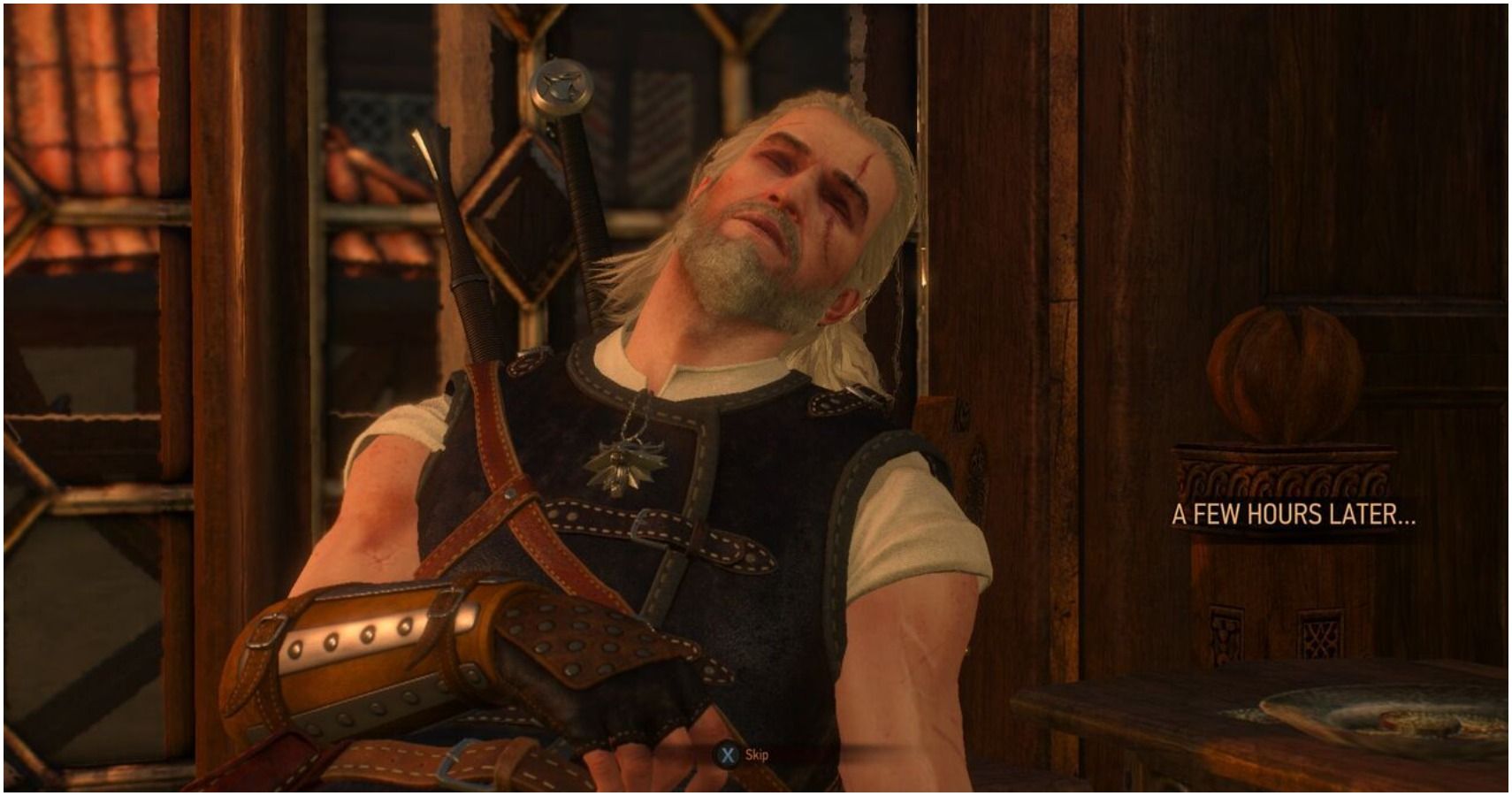 Honestly, this is still the highlight for me when I look back at The Witcher 3. It’s so heavily resonant because it’s true to life in the most basic and brilliantly embarrassing ways. The fact the three witchers wake up the next morning with their brains in open rebellion against their recently over-sated appetites for alcohol is hilarious and gratifying in equal measure. I still get a sense of, “Aha! So witchers do get hangovers!” when I watch it. The awkward fidgeting the morning after is excellent too. Everyone has the fear. “Hopefully Lambert doesn’t remember me saying that I loved him,” thinks Eskel. “I can’t believe I told them that about me and Yennefer,” worries Geralt. “I am going to kick each and every one of your arses,” screams Vesemir, out loud and off camera.

No Place Like Home is true to its name, because it made Kaer Morhen feel like it was inhabited by a family. A strange one, full of wandering weirdos who rarely see each other and often fight when they do — but a genuine one all the same. As someone who’s read the books and loves Ciri — she’s probably my favourite character in the whole saga — this was the first moment for me when it properly clicked that we had to get her back, because Kaer Morhen is where her blithering drunks of a hodgepodge family are at, and there’s no place like home.

Read next: I Bought The Genshin Impact Battle Pass So You Don’t Have To (You Really Shouldn’t Buy It) 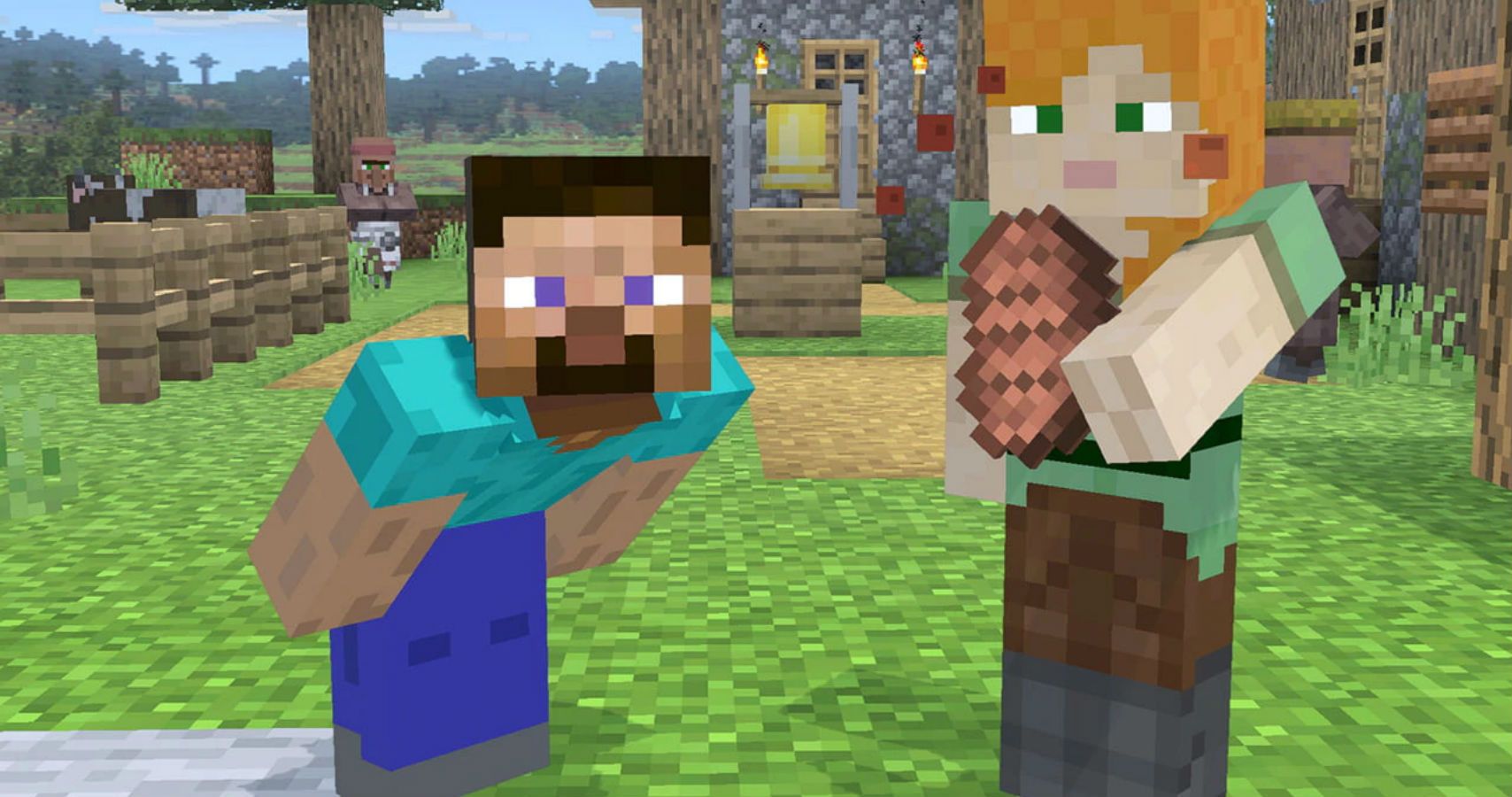