Valve has been knee-deep in VR for years now through its SteamVR and software initiatives, but when it comes to the hardware that makes it all possible, it’s relied on electronics giant HTC. With its new Index headset, Valve wants to remove that middleman once and for all and more finely tune to experience.

I spent a few hours the Index recently and had a pretty good time with it, especially now that there’s a bevy of interesting (if not always outright “good”) VR titles to tinker with, but I’m entirely sure it’s worth its asking price just yet. Here are my five biggest takeaways from diving back into VR.

The Index headset looks better, but it’s not the leap you might be looking for

The Index’s biggest stride forward is in fidelity. Its dual 1440×1600-resolution displays match the Vive Pro, but the biggest difference is how consistent that image is. The Index can run with a refresh rate of up to 144Hz (though it’s more comfortable at 120Hz), making games look and feel smoother. I felt this most while playing Beat Saber, which relies on objects constantly moving at a high speed, making the difference in refresh rates more noticeable.

I also found I didn’t have to angle my head around as much to find the perfect, least-blurry angle. That said, that blurriness isn’t entirely gone; you still get a screen-door effect when peaking around at the edges of certain objects, which makes some smaller text hard to read. 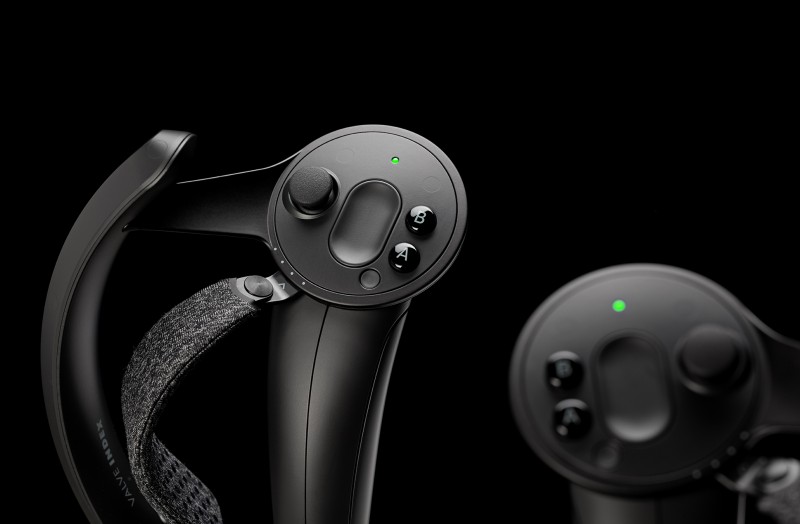 The best showcase of this technology comes, unsurprisingly, from Valve itself. In the Aperture Hand Lab demo (which is expertly written, genuinely funny for its 10-minute runtime, and shows why Valve should make single-player games again), you’re asked by various personality cores from the Portal series to wave, give high-fives, play rock-paper-scissors, and make other gestures with your hands.

The controllers occasionally found it hard to distinguish between my middle and ring finger, but I never had an issue doing what the game asked of me, and it felt kind of magical. I also gave those robots some middle fingers, and it felt good. 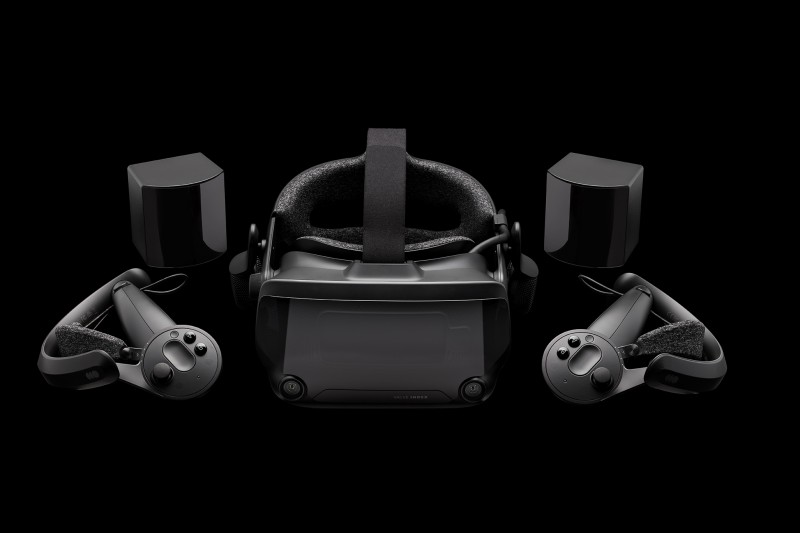 Whether you’re just now diving in or upgrading, the Index is pricey

If this is your first VR headset, or simply your first SteamVR headset, you’ll have to shell out for the headset, the new Valve Index controllers, and a new set of base stations (a pair of cameras you need to mount in your play space in order to get the full VR experience to work), which total $999. If you already have a Vive or Vive Pro, you can shell out for the Index headset ($499) or controllers ($279) individually or as a bundle ($749), as both are compatible with the older base stations. The new ones work better than the older ones, though, so if your current arrangement had issues detecting the controllers or headset in some spots, the new stations may fix that issue.

You’re also going to need a solid PC to match. Valve recommends 8GB of RAM, a GTX 970/RX480 or higher, and a dual-core computer. In my play sessions, I rolled with a GTX 980 and an Intel i7 5930K running at 3.50GHz. When running Beat Saber at 100-percent resolution at 144Hz, everything went smoothly until I tried to restart a song midway; the screen cut to a “waiting for application to respond” screen, but the song had started up again, causing me to fail it since I couldn’t play notes.

Luckily, the default setting on the Index adjusts all the resolutions based on your GPU, and when I switched back to this option but kept the high refresh rate the issue went away. You likely won’t run into this issue depending on your rig, but it does highlight the need for a strong PC in order to get the most out of this high-end headset. 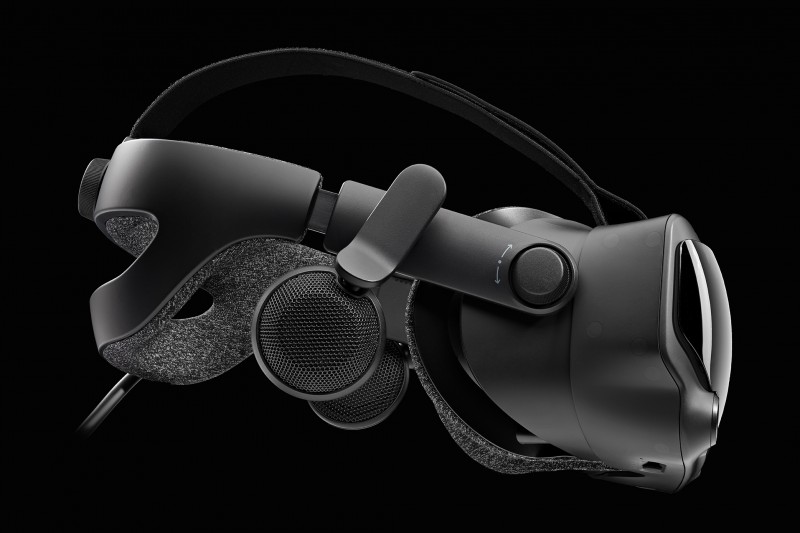 The new audio setup is fantastic

It isn’t a defining feature of the hardware, but the new headphones in the Index are maybe my favorite part of the setup. Initially, I was curious about why the headset couldn’t be adjusted to reach my ears. Then I realized that’s the point. The short distance between your ears and the headphones allows you to hear sounds around you better, which makes it easier for someone or something to get your attention while you play. If there’s an emergency or you’re just waiting for pizza to arrive, you can play at a decent enough volume without feeling completely cut off from the outside world.

I didn’t miss having more snug headphones while I played, either. The speakers are more than powerful enough to deliver great sound at higher volumes, and I didn’t have to worry adjusting anything (or keeping track of an earbud wire) while I played. While not every feature of Index may end up being compatible as VR headsets continue to improve, I hope this audio setup becomes the standard. 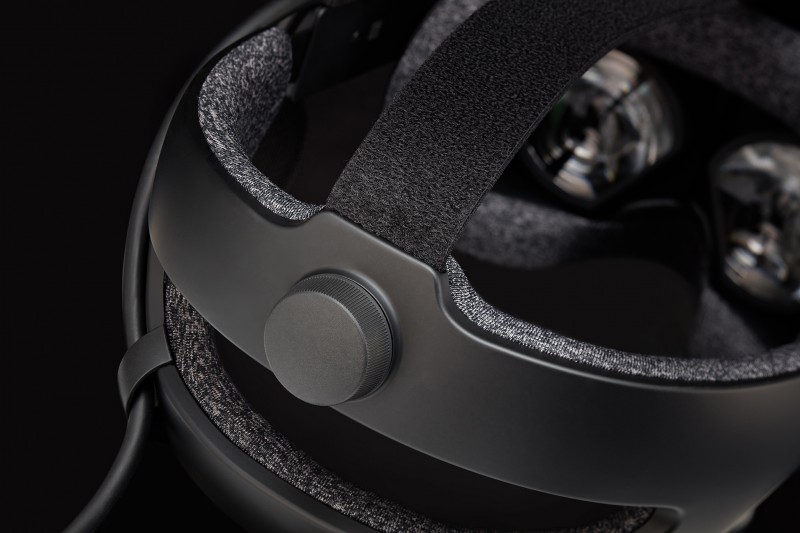 The headset is pretty comfortable

When it comes to form factor, the Index feels most like the Vive headsets, but there are some steps forward. The padding around the display and back feel better than ever, and I was even able to fit my glasses in with my head with a little finagling. If you have a smaller head, the box even comes with a rubber pad you can slap on the back of the unit to make it fit more snugly. The adjustable strap feels unobtrusive, and I didn’t have too many issues adjusting the headset as I played. It feels great.

Of course, it’s hard not to notice the presence of the wire dangling out of the back of your head, especially after playing around with the wireless Oculus Quest. That is the still the big question with the Index; do people want the extra horsepower of fidelity the Index offers, or will VR move toward convenience to entice more people?

The Index looks to be the strongest headset around and may be worth it for those willing to invest $1,000 and who own a decent PC, but should those hurdles still be an impediment? Valve is banking on those hurdles being worth it for curious consumers. We’ll find out when the Index Launches on June 28.