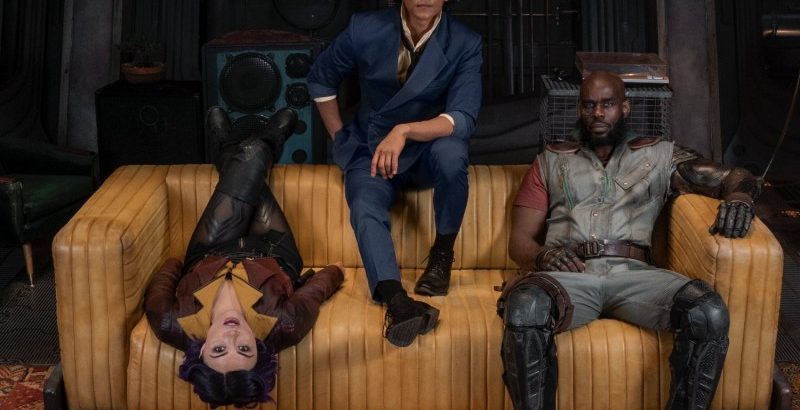 Many anime fans, but new and old, have at the very least heard of the classic Cowboy Bebop series. This popular space western narrative first saw the light of day back in 1998 and has remained a staple with fans and an inspiration to other anime creators since then. Now there’s an all-new way to see Spike and the crew, as the live-action Netflix Cowboy Bebop series dropped a few new pictures of the cast in full character as well as a release date.

Netflix is ready to jam and dropped a ton of new photos to see the main cast in all of their space cowboy glory. Launching on November 19, the new set photos give fans of the series a chance to see a new way to experience this world. Judging off of the images, the casting looks to be spot on. WIth Yoko Kanno also returning, the original composer for Cowboy Bebop, the latest adaptation could just be that perfect sweet spot that links live-action and animation.

As for the cast, John Cho is playing our main man Spike Spiegel, with Mustafa Shakir donning the role of Jet Black alongside Daniella Pineda as Faye Valentine. Check out the photos above to see how these actors bring some of our most beloved characters in anime to life.

The live-action rendition of this cult classic isn’t the only time that Cowboy Bebop has stepped beyond their anime series TV time. Back in 2003, an animated film made its debut and received extremely positive feedback worldwide. It also mainlined into the western audience’s interest when it made the jump to Adult Swim in the United States.

We’re excited to see how Cho and the rest of the cast take to the world of Cowboy Bebop when the Netflix series adaptation arrives on November 19.