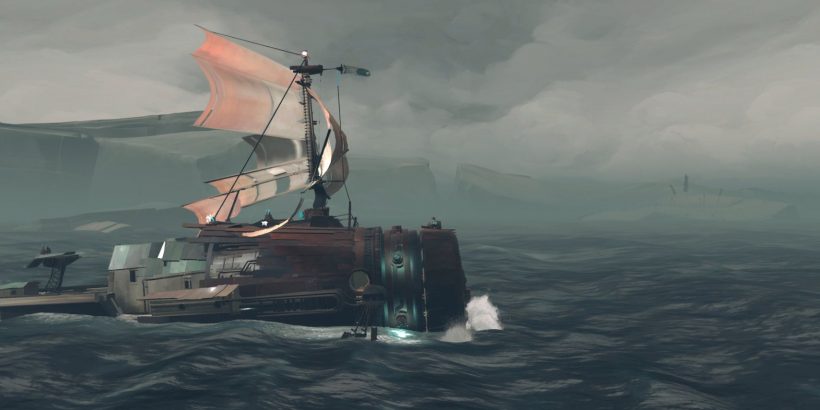 Frontier Foundry has announced its publishing partnership with Swiss-based development team Okomotive on their next title, FAR: Changing Tides, a sequel to the award-winning FAR: Lone Sails. The game was unveiled at the PC Gaming Show and sees players swap sand for the sea as they set sail in an abandoned boat to explore the inhospitable landscape.

Okomotive Lead Designer and Co-Founder, Don Schmocker, said, “The reception to FAR: Lone Sails was humbling, to know that people felt the same passion as we do about that world inspired us to continue to build on it with Changing Tides. We knew we wanted to tell a different, but complimentary tale, one which would be familiar to fans but fresh and exciting.” TheGamer caught up with Schmocker to talk about his inspirations, the development process, and all things FAR. 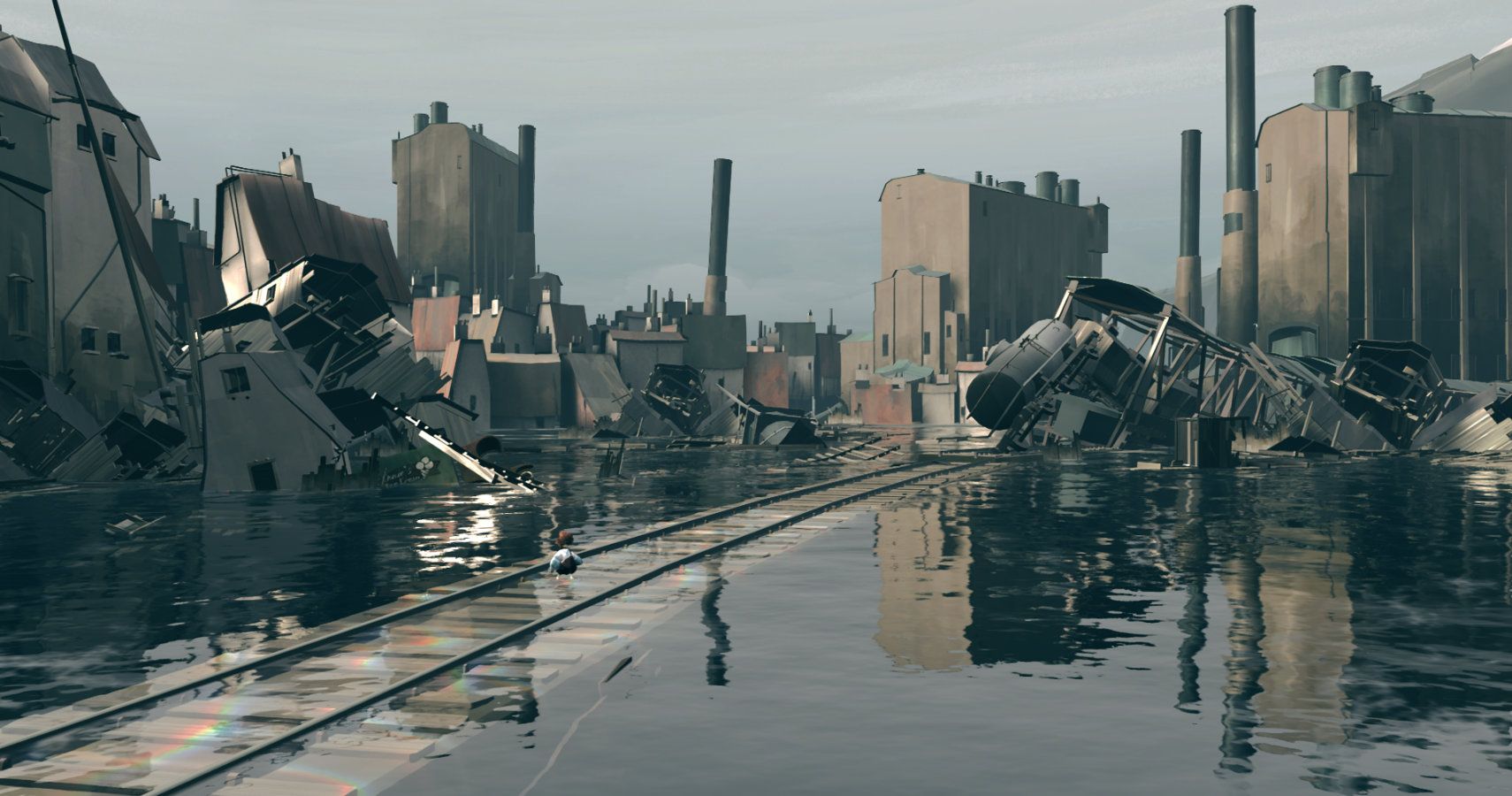 FAR: Lone Sails is a journey through an inhospitable world in a steampunk-style vehicle. Along the way, there are challenges to overcome and puzzles to solve. Schmocker tells us that this original idea was conceived while he was at university when he went on train journeys across Germany and enjoyed watching the world go by. He aimed to “Get the feeling, the idea, and the mood of when you are on a road trip but you don’t have to hurry.” Over time the idea developed and evolved, taking inspiration from sources including David Lynch’s The Straight Story. Schmocker was the primary developer for a large amount of time, something that would change over the years to follow.

FAR: Changing Tides takes this same premise, along with the mechanics of interacting with your vehicle that are the cornerstone of the title, and moves everything onto the ocean. This time around you play as Toe, controlling a vehicle and exploring a desolate world. However, while the character is different, the world is the same. This means that the steampunk vehicle and eye-catching world design are both still present and correct, as is the music which was once again handled by Joel Schoch. 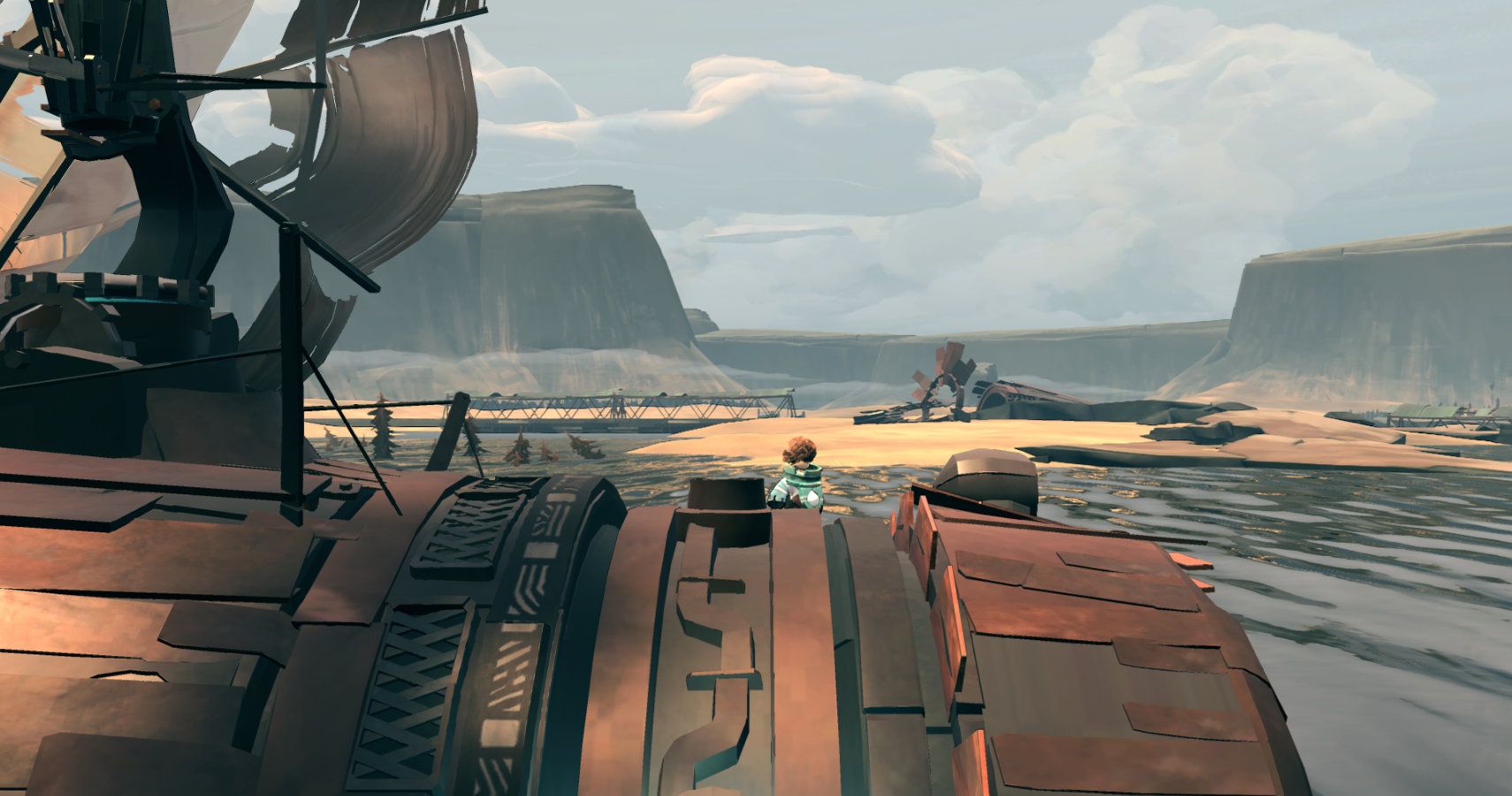 When FAR: Lone Sails was announced it quickly began to generate positive buzz. “We were very surprised that it was received that well,” Schmocker says. “ We saw that people liked it and that motivated us a lot to continue and to finish the game.” However, this doesn’t mean that the team didn’t see ways to improve as they embarked upon the sequel. “We noticed that we could do some things better during development and in the game,” Schmocker explains. “We wanted to take this chance to improve as a studio and as game developers.”

Moving the setting into the ocean was the first step in expanding the FAR series. “The water is something that brings a new important element to the whole idea and it makes the whole thing a bit more dynamic but also less predictable,” Schmocker says. “It brings a fun element to it and brings a change”

While the location has changed slightly, and so has the vehicle, the core gameplay remains the same. Schmocker tells us that he wants the player to “build up a connection with the vehicle” and this was done by “making the interactions more variable and fun.” In a similar vein, the puzzle elements were also kept and adjusted “It [FAR: Changing Tides] is similar to FAR: Lone Sails with challenges and puzzle areas on the way. We wanted to give them more depth and to do more storytelling with them,” Schmocker tells us. “They are still an important part and we tried to improve on them to make them a fun part of the game in themselves, and not just an obstacle to driving further.” 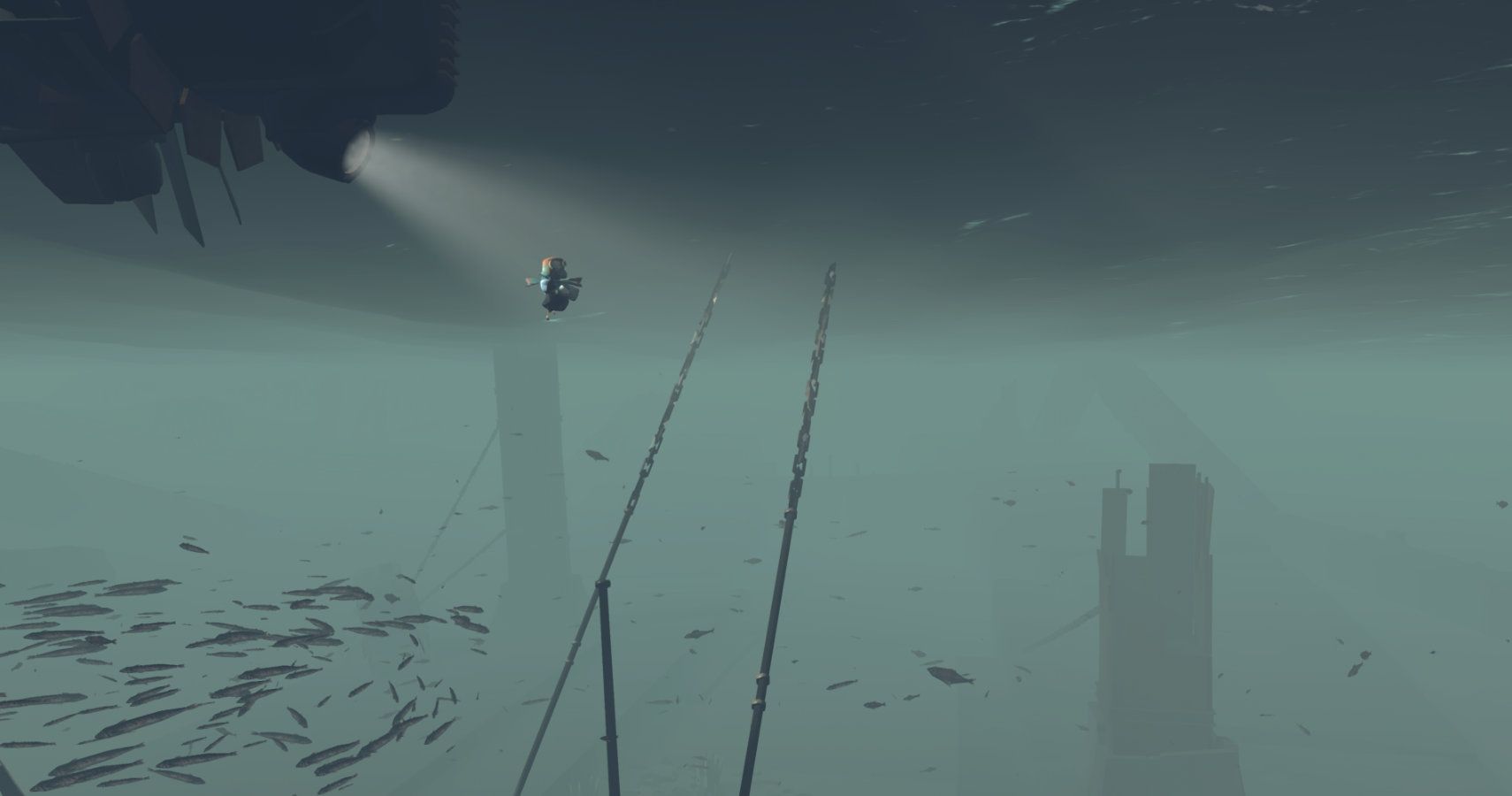 This time around the development team has been larger from the beginning, which has enabled them to aim for a multi-platform release from day one. “With FAR Lone Sails it was one platform after another,” explains Schmocker, “We gathered the experience to develop it simultaneously on different platforms. It didn’t make it easy but it’s good to step out of your comfort zone!”

Seeing Schmocker talk excitedly about the game is a joy as he tells us that “The whole experience changes with talking about it.” His desire to share his creation, praise his team and finally talk about what he’s been doing for the past two years or so is evident. FAR: Lone Sails was phenomenally well received and all indications suggest that FAR: Changing Tides will bring more of the same with some new twists to the tale.

FAR: Changing Tides is currently slated for a late 2021 release on Xbox Series X/S, Playstation 5, Xbox One, PlayStation 4, and Switch. PC users will be able to find it on Steam, and the Epic Store.