Disney, please give us a Star Wars game with Babu Frik in it – this request is of the utmost importance. Why is this important? Well, Babu may be the most wholesome character to appear in the Star Wars universe since Admiral Ackbar. Step aside Baby Yoda, this little fellow has crazy frog energy, but with babushka vibes sprinkled in. Allowing him to appear in a Star Wars game, even if briefly, would be a welcome feature.

Warning: Star Wars: The Rise of Skywalker spoilers ahead.

Babu Frik is a minor character that first appeared in the recent Episode IX, with less than two minutes of total screen-time. Despite his humble time in the spotlight, Babu managed to capture the hearts of many Star Wars fans across the globe. His mechanical skill, chill attitude, and humorous spirit were conveyed quite well throughout his few scenes – and people loved every bit of it. 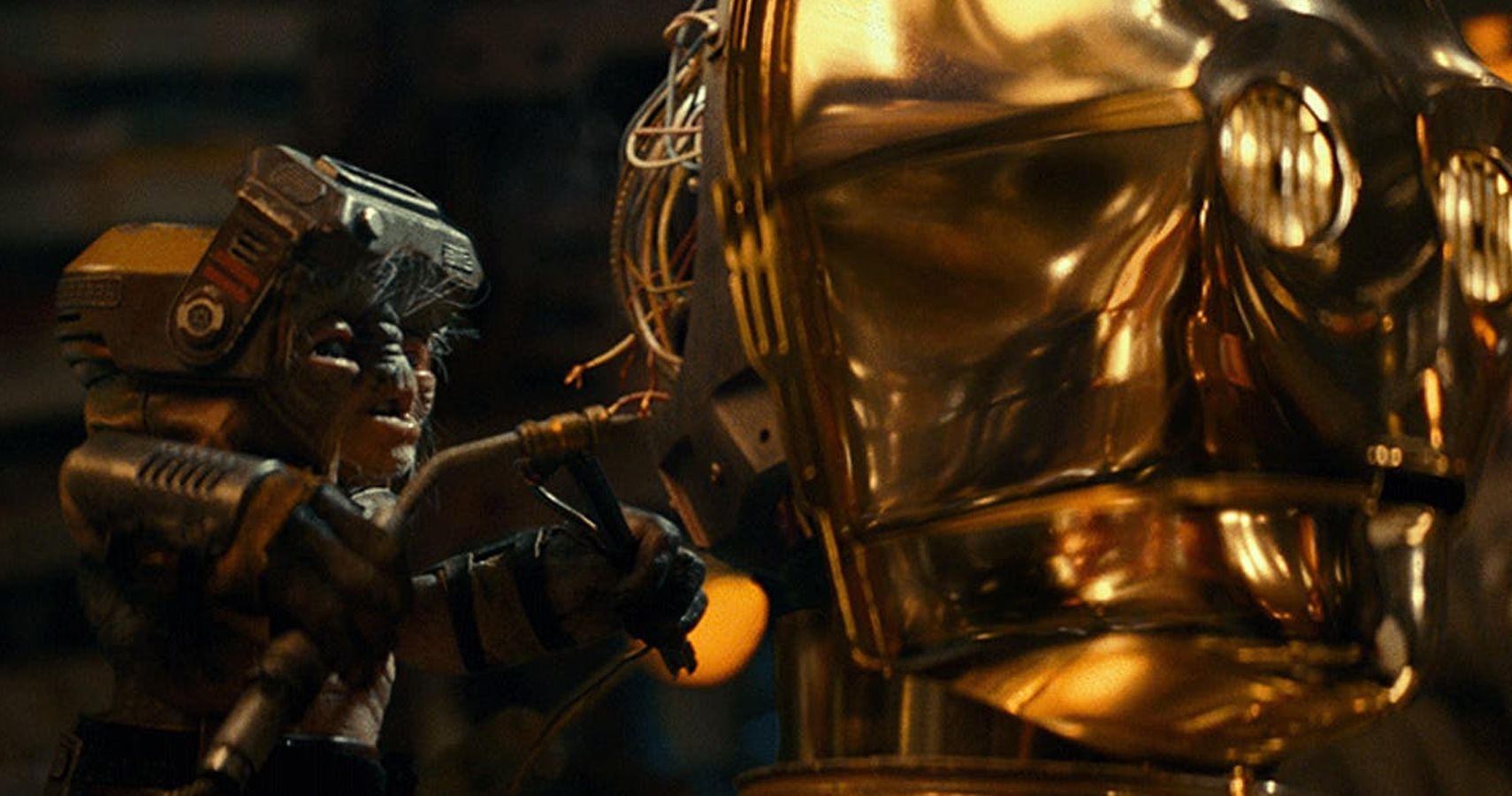 But just who is Babu Frik? The little creature is an Anzellan, a species with particularly good eyes. Babu clearly used his little peepers to his advantage, developing a reputation for his exceptional work as a droidsmith. Babu is part of Zorii Bliss’s crew – the spice runners that Poe Dameron used to work with before he left them to become a pilot for the Resistance. In the movie, he played a pivotal role by helping the gang access C-3PO’s locked-down knowledge, barred by his programming restrictions.

Needless to say, we need this character in a video game immediately; He would work perfectly as a side character in a game, perhaps making a cameo to help to player with his droidsmithing skills or to offer them a quest. Star Wars fans love him yet didn’t get to see him much, so this would be a great way to give the lil guy a bit more exposure and development. Plus he’s Babu Frikkin’ cute (I’m so sorry.)

Either way, it is safe to say that the new Star Wars universe character Babu Frik is an absolute treasure and should be protected at all costs. If he is harmed in any way, riots would undoubtedly break out across the world, so it is good to know that he is safe for now. However, hopefully this better not be the last we see him either.