Here’s our guide on how to get the Devil’s Ruin Exotic sidearm in Destiny 2.

Editor’s note: These three steps are the only ones we know about so far, taken from the Light.gg Destiny database. We’re currently working our own way through the quest, and we will add more steps as we uncover them. 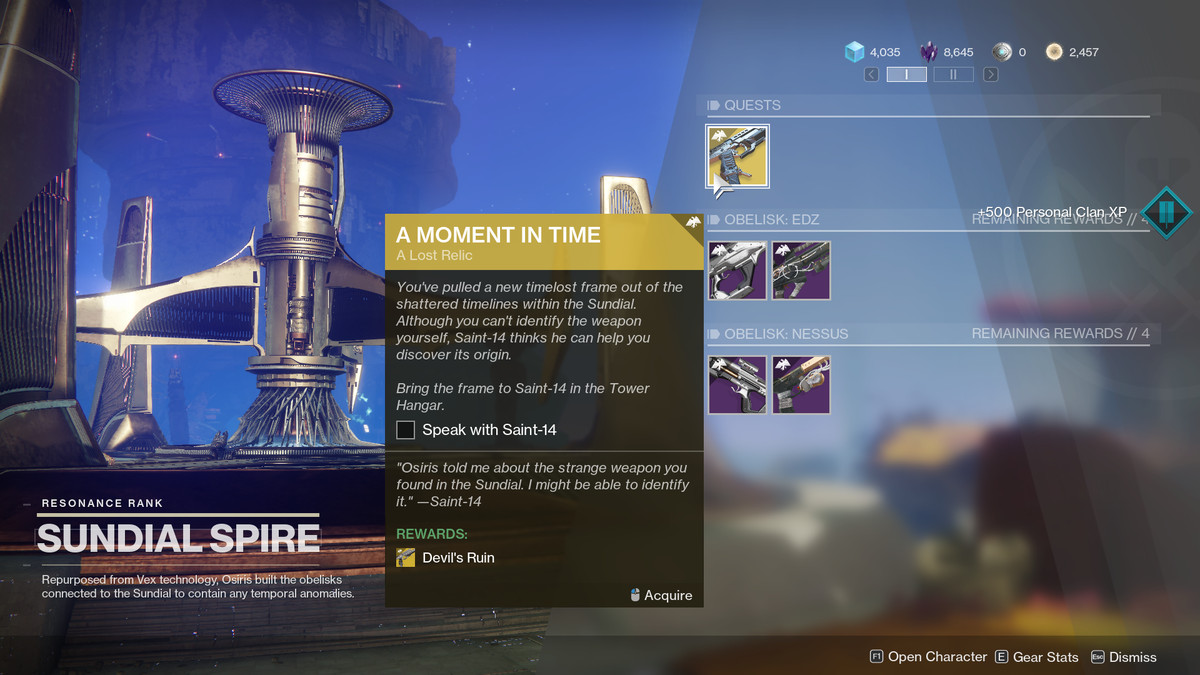 Pick up the Devil’s Ruin quest from a Sundial run
Image: Bungie via Polygon

When you first log in, you’ll get a notice from Saint-14 on how to start the Devil’s Ruin quest. You need to complete a Sundial run on Mercury and defeat enemy champions. Enter the Sundial to start the quest.

When you finish a Sundial run, interact with the console in the middle of the area. In addition to the usual bevy of weapons you can choose from, you can also pick up the Devil’s Ruin quest step “A Moment in Time.” Pick up the Timelost Weapon Frame and move onto the next step. 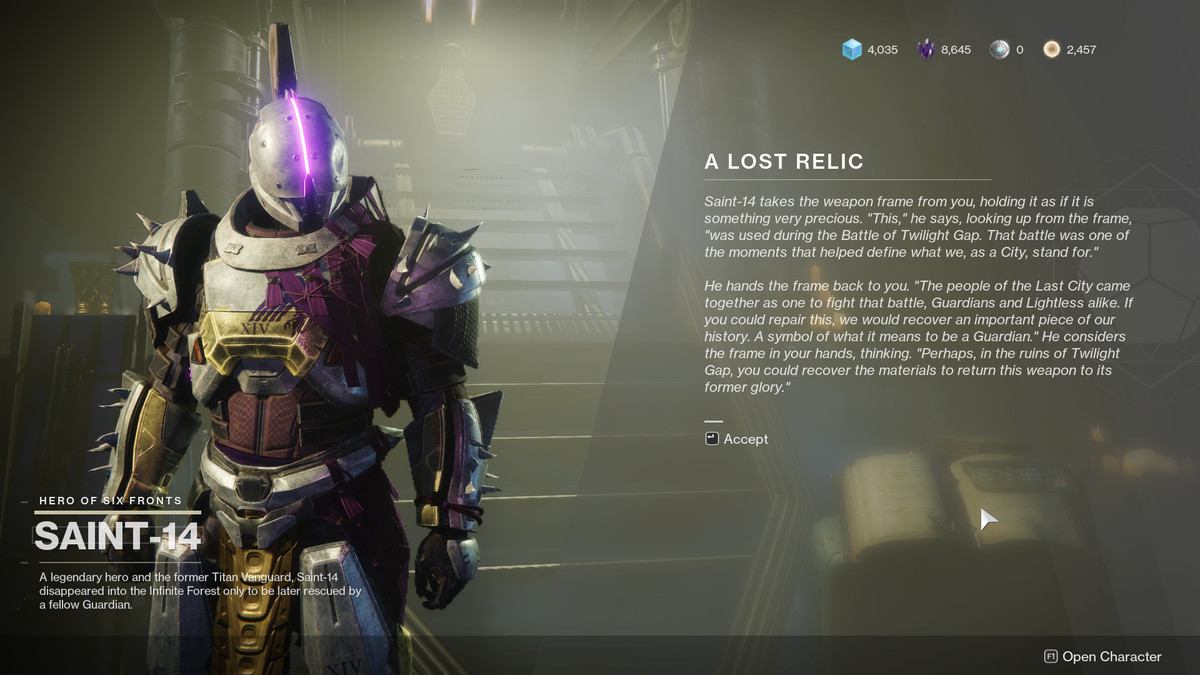 Go turn the Moment in Time quest in to Saint-14 in the Tower Hangar. He’ll send you on a mission to the Twilight Gap crucible map.

Step 3: A Tour Through History 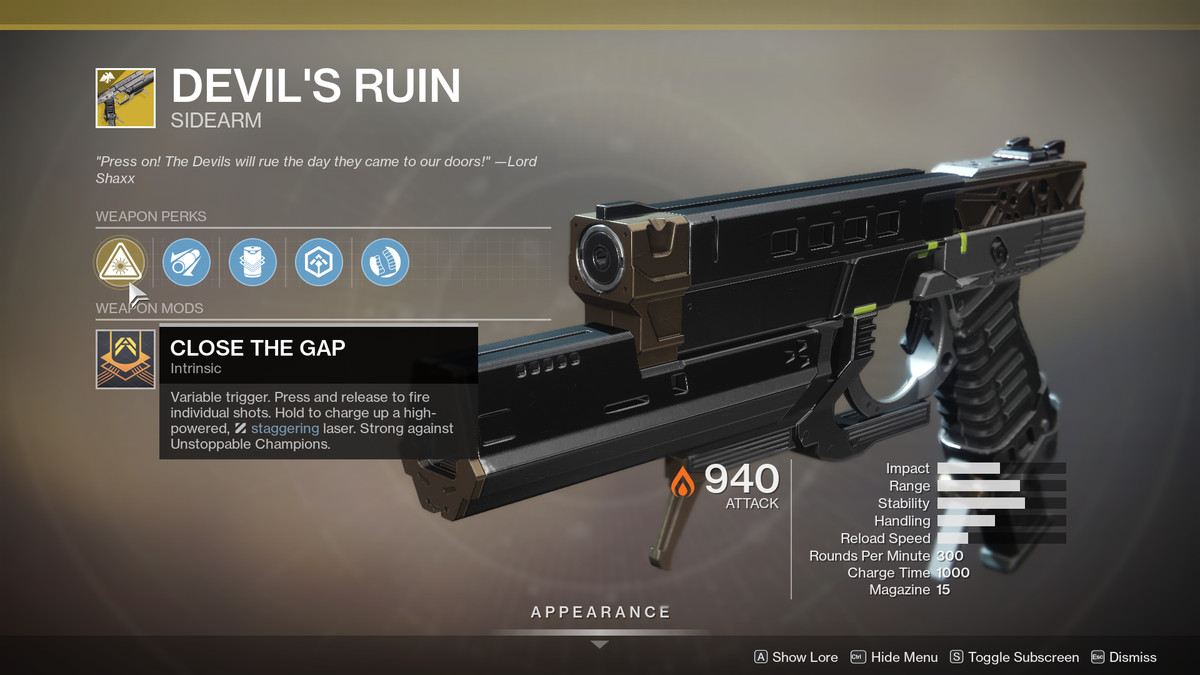 A look at the Devil’s Ruin main perk
Image: Bungie via Polygon

The Devil’s Ruin sidearm is rad, but a little strange to get used to.

When you tap the trigger, it fires standard sidearm shots. But if you hold the trigger, it fires a beam of fire that melts anything in front of you — the beam also staggers Unstoppable Champions. If you want to uses the laser, you don’t have to have full ammo either. No matter how far you are into your magazine, the gun will reload itself before firing the laser.

This weapon is devastating in both PvE and PvP.

In PvP, Devil’s Ruin is much harder to use, but still very powerful. You only need a few standard sidearm shots to kill an enemy. If you decide to use the laser, you’ll expose yourself to damage. But if you can manage to fire it, you’ll melt any Guardian you hit very quickly. For high skill players, it will be a useful weapon to learn, due to how versatile it is.