Here’s how to cleanse the Hive Ritual and cross the bridge to the other side of the Leviathan. 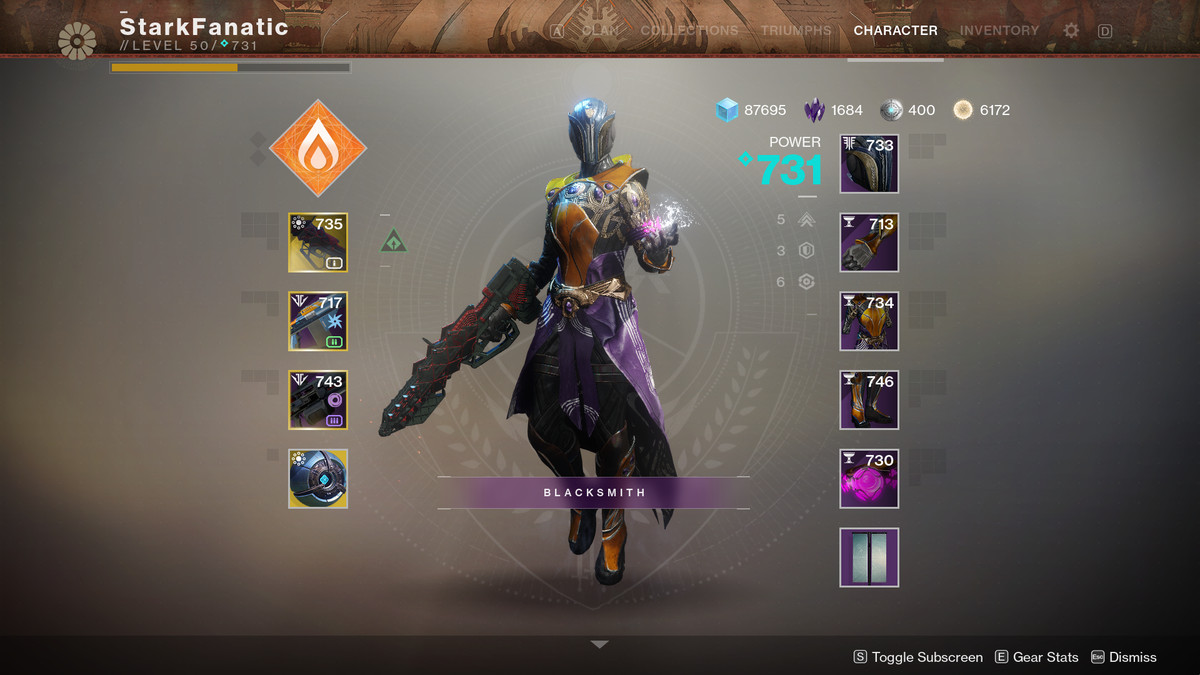 Your team’s loadout for the Hive Ritual is mostly personal preference. You’ll need a medium-to-long range gun, a heavy weapon with decent range, and the ability to stay alive in an open space. As long as everyone on the team fits that criteria, you won’t struggle.

This was our loadout:

Warlocks are incredible in Crown of Sorrow, including in this fight. The more Well of Radiance Warlocks you have, the better. Wave clearing Supers aren’t nearly as powerful in this fight considering you can only damage half of the enemies at once. Support Supers or high damage, single target Supers are better. 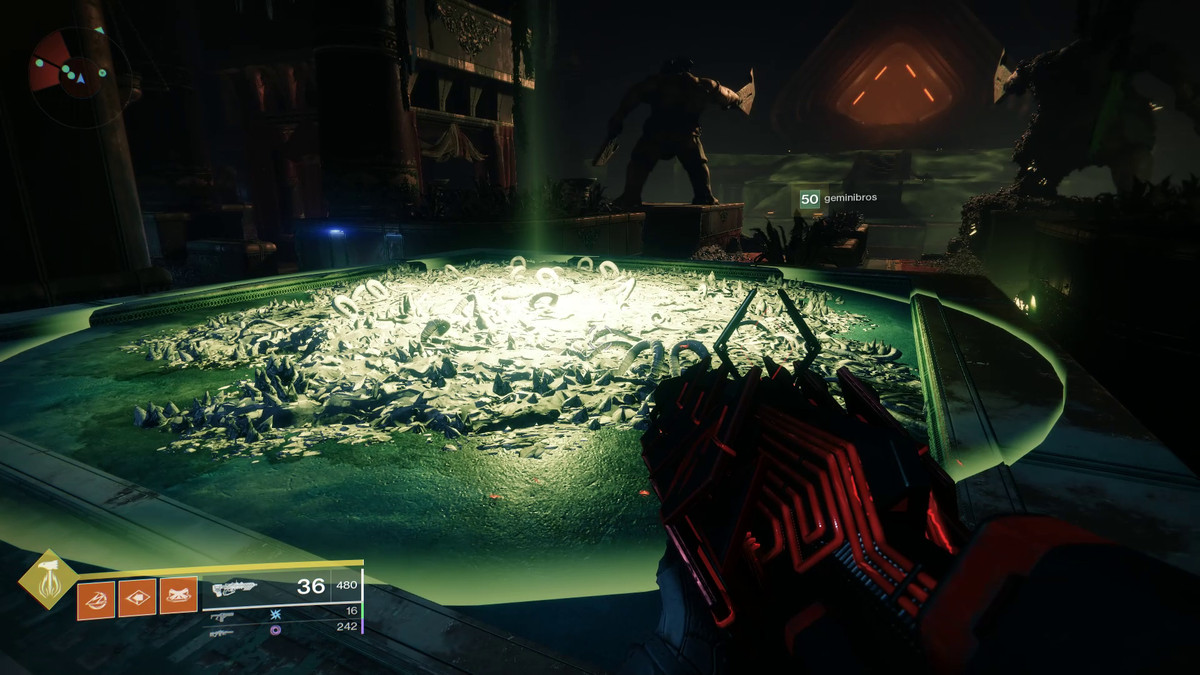 The green pool with Witch’s Blessing
Bungie via Polygon

When you first walk into the encounter, you’ll see two Knights standing perfectly still to your left and right. They’re immune to damage and won’t attack you. If you look closely, you’ll notice the most important detail about these enemies: they’re called “Blessed” Knights. You’ll need Witch’s Blessing to kill them.

Between the Knights is a pool of green light. Don’t stand in it yet.

When you’re Blessed, you’re able to attack Blessed enemies. However, you’re unable to attack what our team called “Normal” enemies. All enemies — Normal and Blessed — can hurt you at anytime.

In the Hive Ritual and Crown of Sorrow, you’ll need to split your team up into three groups of two — a Guardian buddy system. These groups will almost always consist of a Blessed player and a Normal player. Break into groups, and try not to double up on classes. For synergy’s sake, it’s best to stick with these teams for the entire raid.

When players have their buddies, determine a player from each group who’ll start Blessed. The Blessed starter should stand by, but not in, the green pool. After a three count, all Blessed starters should step into the pool and start the encounter. The Knights next to you will come alive. We suggest you kill them first. 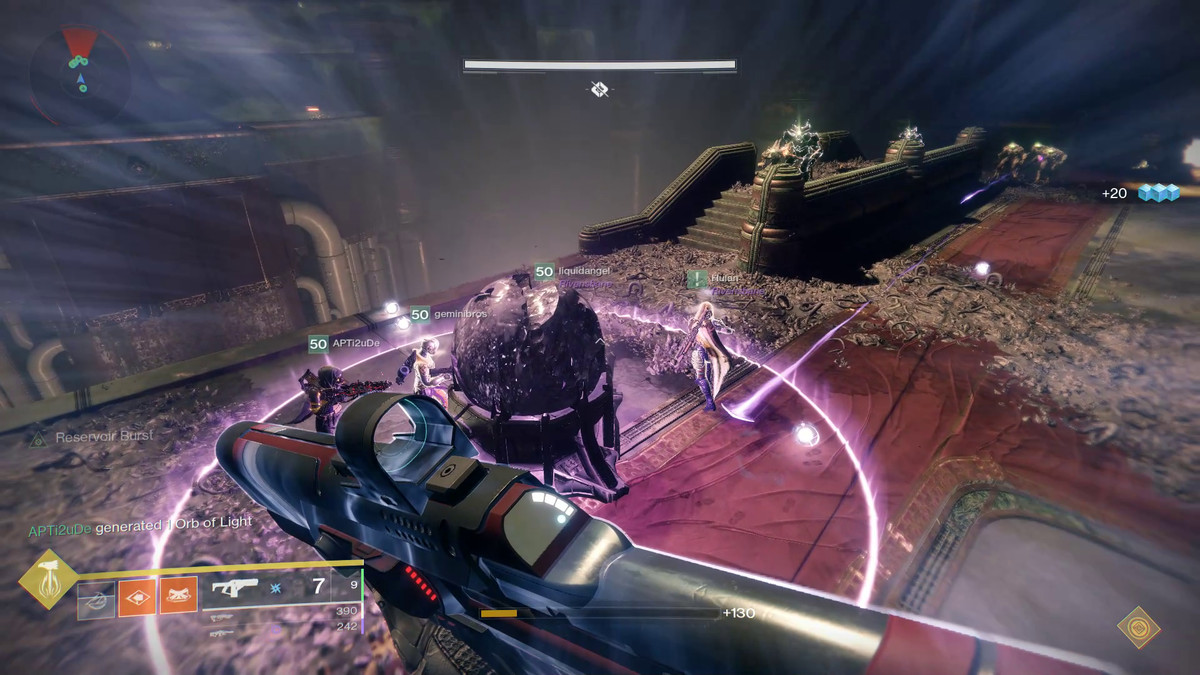 The Witch’s Vessel
Bungie via Polygon

After the fight starts and Witch’s Blessing starts ticking down, players should run down the middle lane toward the purple orb — called the Witch’s Vessel — on the other side of the arena. Normal and Blessed players need to kill their Normal and Blessed enemies as they move forward.

You’ll likely reach the Vessel with 40 or more seconds left on your 60 second Witch’s Blessing. If that timer hits zero, you’ll receive Witch’s Curse, which will kill you a few seconds later. If all players with Witch’s Blessing die, the pool will spawn again and you’ll have to coordinate all the proper players to pick it back up.

Instead of dying with Witch’s Blessing, it’s time to learn the next part of this mechanic: swapping. The Vessel is the first of many items in Crown of Sorrow where a Blessed and Normal player need to deal damage to it at the same time — or within a short window.

You don’t need to swap at this exact moment, but our group found that it made the timing a bit easier.

You’ll need to manage this buff with this Vessel the entire fight. 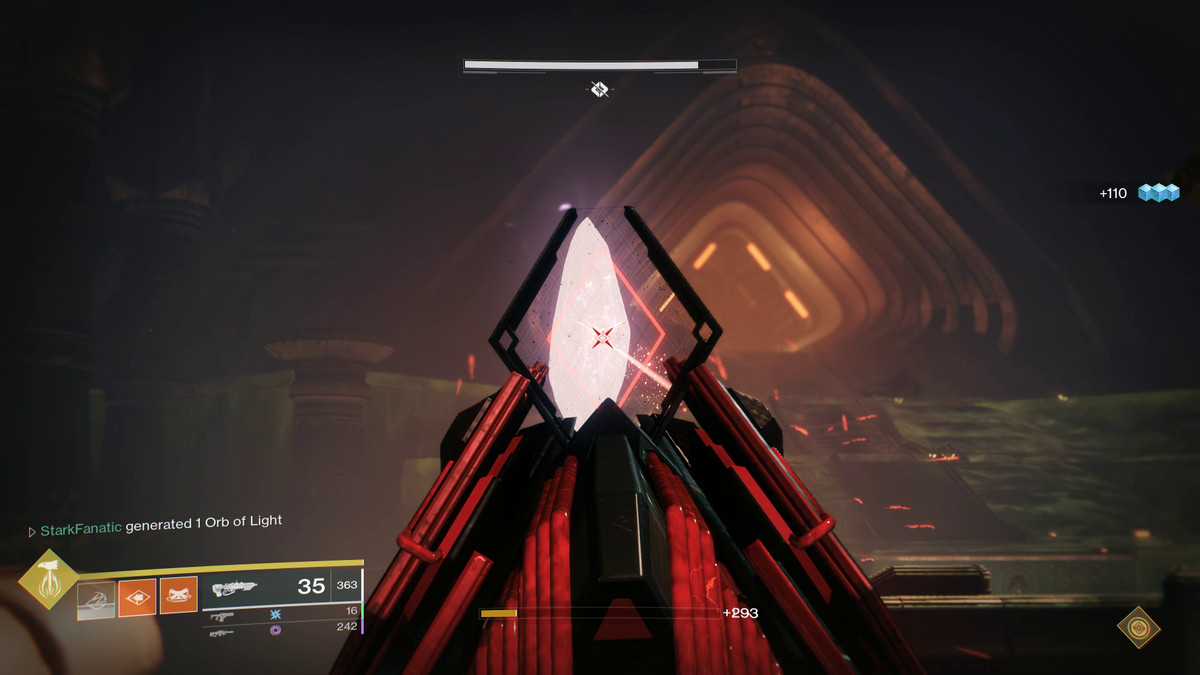 After you’ve swapped, the fight really starts. Each team should take a section of the arena: left, middle, and right.

You and your duo member will need to split the enemies. All of them can kill you, but you personally can only kill half of them — it’s a trust exercise. Shortly after you start fighting, three crystals will appear somewhere the arena (one in each section). This mechanic is very important for the final fight, so listen closely for the sound — a high pitched “ting,” which sounds like a spoon scratching against a glass jar.

Find the crystal in your section. When you and your buddy are both looking at it, shoot it at the same time. If you do this correctly with a Blessed and Normal player, the crystal will explode. If the buffs are wrong or you’re too early, each shot will drain the crystal. When the crystal is fully transparent, it’ll explode and kill the entire Raid. 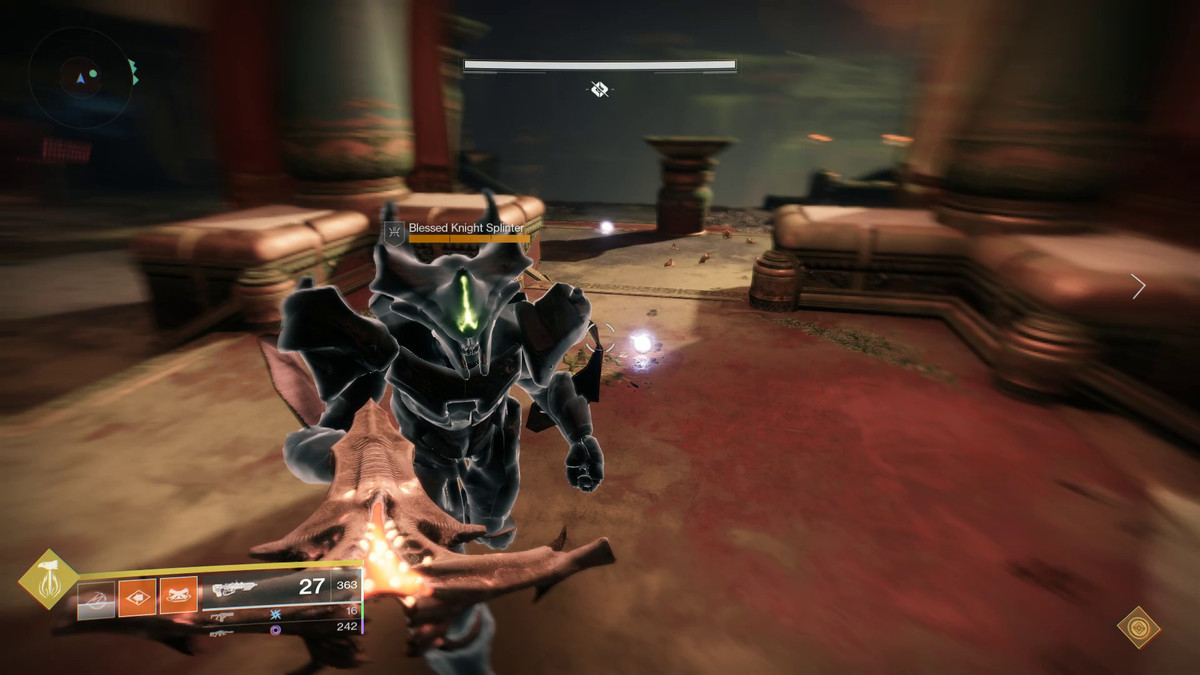 After you kill your crystal, return to the Vessel in the middle. When all players have met up, swap your buffs. Now you’ll need to kill some enemies together. Stay in the area where the Vessel spawns and look to either your right or left.

Clear the enemies with your allies. If you have a Warlock with Well of Radiance, we recommend you use it here. A Blessed and Normal Ogre will spawn on either side of the room. Shoot the only Ogre you can damage with other players who have your same buff. When the Ogres are down, swap again.

Spread out to your sides once more and start killing Blessed or Normal enemies. Another crystal will spawn. Kill it with your ally and head back to the middle again. If you’ve done everything correctly as a group, you’ll see Ritual Phase Complete on the left of your screen.

Repeat this entire process three more times to beat the fight. Use the new platforms to jump across to the other side and grab your loot.