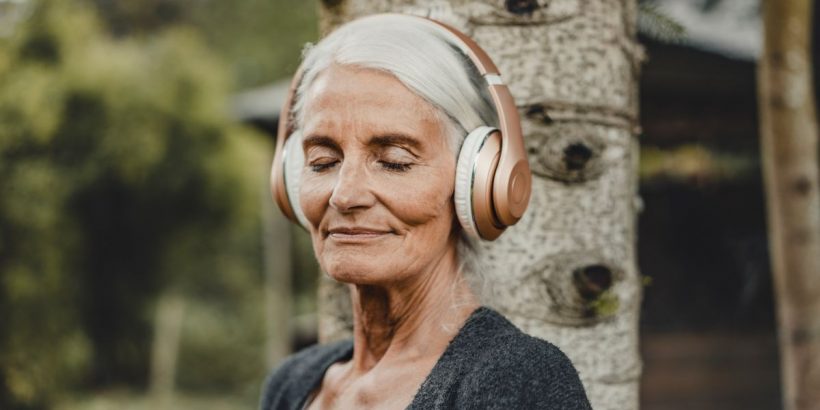 Music lovers are being offered super high quality tracks to boost their sound systems and move the industry away from clipped streaming where you miss out on sound.

Deezer has launched its new lossless HiFi plan for £14.99-a-month and promises to deliver songs as they were meant to be heard by the recording artists.

Most streamed tunes over the internet are still crushed down into small mp3 files, losing huge amounts of the soundscape in the process.

And while that may be beneficial for your download speed it does nothing for the songs you want to hear.

We’ve gotten used to this in recent years but Deezer is hoping to change perceptions by giving us back the parts of the sonic rainbow we don’t even realise we’re missing.

The result is pure CD-quality audio.

Gone are the compressed songs between 128kbps and 320kbps to restrict data usage.

And in comes 1,411kbps FLAC audio. That’s over 1,000 more ‘bits’ of a song every second, meaning that you hear way more sound that simply isn’t there in normal streaming.

We tried it out for ourselves and listening to the same album, in my case the brand new Offspring punk album Let The Bad Times Roll, and the difference was instant and obvious.

The soundscape felt fuller, with twinklier high notes and more depth to the bass.

Where I was hearing only a handful of layers before, this was a full rainbow of sound, a wall-to-wall spectrum of music as if I were in the studio with Dexter Holland and the rest of the rocker lads.

It’s impressive and once you’ve moved over, it’ll be difficult to go back.

Classic albums like Dire Straits’ Brothers in Arms just jump freshly from the speaker as if they’re a brand new release.

On the Beatles Abbey Road, you can hear Ringo’s drums, the space is there for them to breathe, whereas compressed they fall into the background.

Paul Simon, Liam Gallagher, Bowie, Adele – there is an uplift in their classic albums on what you’ll be used to, bringing you closer to the artist’s planned design as a result.

Modern tunes sing so much better too. Pop stars like Doja Cat, Megan Thee Stallion, Harry Styles and Zara Larsson all feature on the specialist 360 app you get with the subscription, allowing you to hear their songs all around your head in a really decent pair of headphones, like the Sony h.earon3 wireless 360 reality audio headset.

This service is great but there are two main problems going forward for Deezer.

First, the price is £5-a-month more than the likes of Spotify and Amazon Music Unlimited.

Yes, you’re paying for the higher quality, but will the average listener who streams music on the commute or in the kitchen while cooking really want to splash out more when they’re perfectly happy with the standardised audio quality across the industry.

So this then is really aimed at the music affectionados who don’t want any compromise in their listening.

That brings us to problem number two, speaker and headphone quality.

You’re going to have to spend hundreds more on fancy Sonos-type speakers and earbuds to be able to really hear the difference.

It’s quite an outlay at the time of a pandemic.

So Hifi isn’t for everyone, and if you’re happy with your current streaming quality I suspect there’s not enough in this package to warrant a change.

But for those music lovers who do want the very best, and are willing to pay a premium for it, they’ll be rewarded with the highest quality music on offer on a streaming service right now.