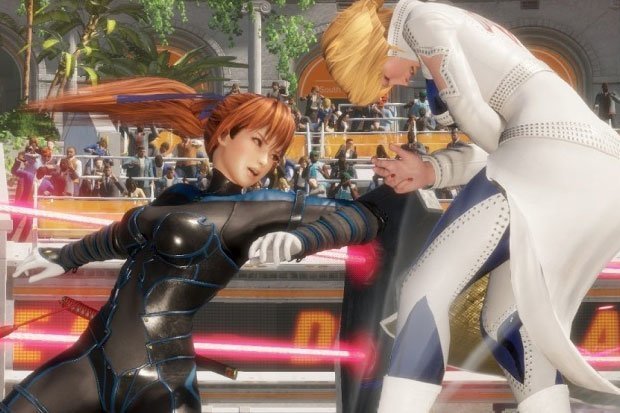 Fighting fans are gearing up for the big Mortal Kombat 11 release.

But that’s not stopped rival Dead or Alive 6 dropping in shops a month ahead of that behemoth.

And its dedicated fan following will be happy enough.

You’ve got a solid brawler here, easy to get to grips with if you’re new to the series and packed with enough fighting moves to satisfy the hardened player.

There’s a decent 26 characters to play, although the continued use of scantily-clad female characters with bouncy boobs feels very out of kilter nowadays and demeaning of the whole enterprise.

The ‘triangle’ combat system revolves around throws, strikes and holds.

And with a decent tutorial, you’ll soon be punching, kicking and chucking your enemy across the 2D screen like nobodies business.

There’s a storyline, like all good games in this genre should have nowadays, but its a bit all over the place.

I was left a bit cold and clueless to be honest.

But when it comes to fighting this is a strong game.

Plenty of action, different moves between the characters, colourful interactive backgrounds and an impactful cast.

Unfortunately, That’s when I expect it to be eclipsed by a better adversary.