I genuinely love that all of us Zelda folks have watched that Breath of the Wild 2 trailer fifty million times. I don’t know how many wild fan theories I’ve read by this point – most of which I don’t believe because I don’t think Nintendo will be nearly that creative – but I’m still super into them. I’ve got one coworker who believes there are at least two different Links in the new trailer, and another is convinced we’ll play as Zelda, Ganon, and Link in the sequel. I’m envious of their attention to detail, but as for me, I’m just happy the trailer reminds me of some of my favorite entries. Breath of the Wild 2 looks like it borrows some of those darker motifs from Majora’s Mask and Twilight Princess, and I absolutely dig it.

And I swear, gritty Zelda just equals Majora’s Mask. Twilight Princess isn’t the argument I want to make, but it’s hard not to draw the parallels when moments from Breath of the Wild 2 look like they could pass as scenes from some classics. While there aren’t elements there that I look at and say “oh hey, that’s a direct reference to this thing,” there’s plenty I look at thematically and think “yeah, okay, there’s a little bit of my favorites in there, huh.”

When things kick in, those early moments of the trailer send my Majora radar into a frenzy. It’s my favorite Zelda, and when I talk about how it’s my number one, I’m not even just thinking of it in terms of story, game mechanics, etc. But I love Majora’s wild colors, its darker designs, its place as the first Zelda to dive into the more disturbing. And when I say it’s a little more Majora – I count Ocarina in there, too. Those games don’t just involve the same Link, but Majora is an escalation of some of the grimness we saw from Ocarina. It’s the natural progression of that sequel, and I think Breath of the Wild 2 functions quite similarly. The original has a bit of a taste, as we see glimpses of those darker Zelda moments, while its continuation looks to crank that up. 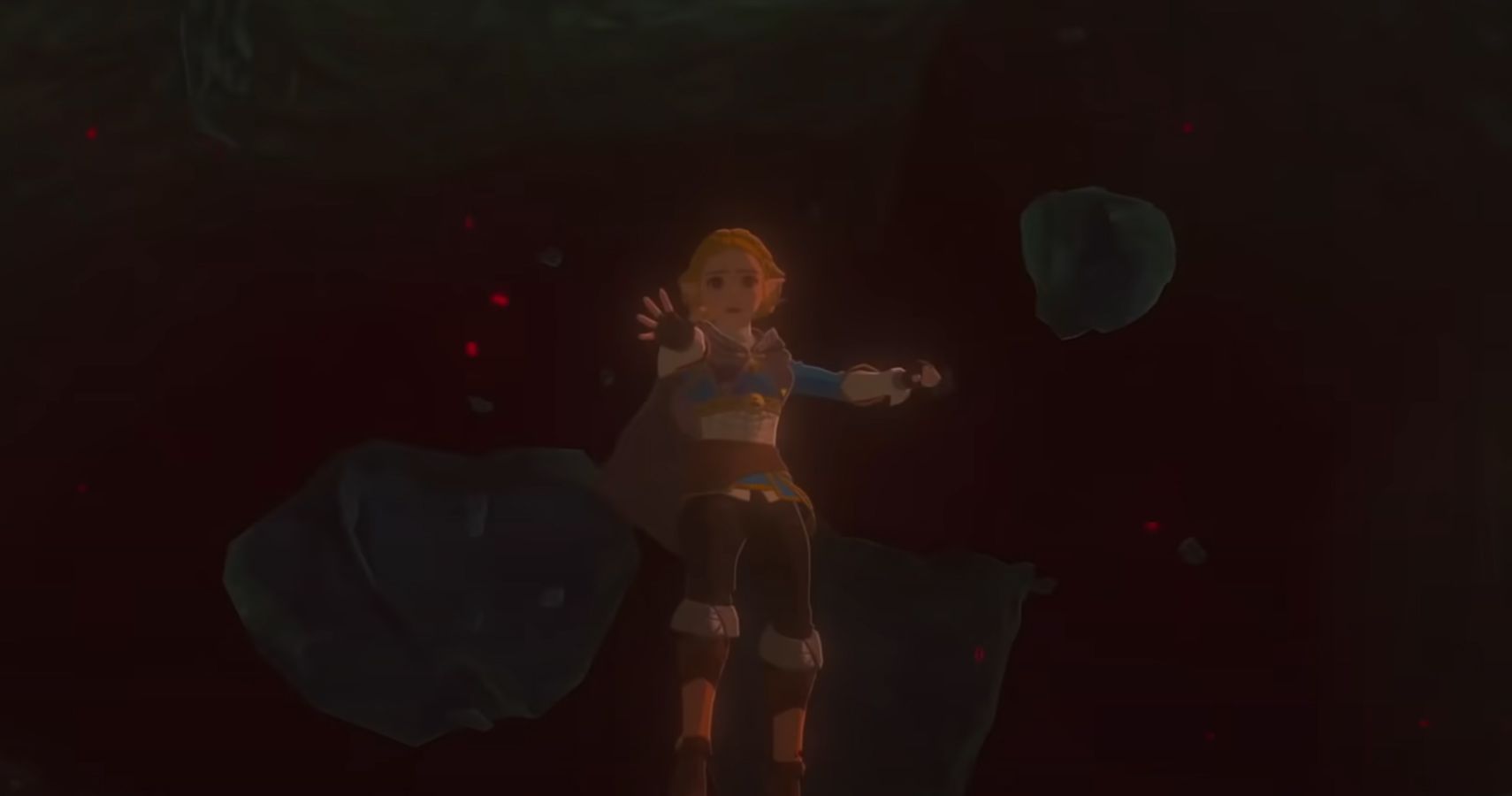 Thematically, and in those same beats, I think our brief look at Breath of the Wild 2 gently nods to that same pattern. We already know it takes those cues even further, and like Majora, it’ll have its own name and focus of importance – it’s not actually Breath of the Wild 2. And it shows us a Link who can teleport – kind of – and a world that even plays off of Majora in some more obvious ways, like color scheme. These subtle nods and influences are what I’m living for in this new Zelda. I don’t want a direct knock off, but something inspired by one of its greatest entries.

Twilight Princess’ references are a bit less subtle, a bit more smashing you over the head with a hammer of nods. I don’t know how many times I’ve heard “Is that the Twilight music?” in reference to that trailer’s chopped up and reversed melody, but I think it collectively went through our heads as the trailer debuted. I loved Twilight Princess, and regardless of your feelings on the game, we should at least all be able to agree that its OST and sound design were among Zelda’s best. That floating Hyrule Castle puts me on edge every time. I realize this isn’t the first time we’ve seen a twisted castle, but look me in the eye and tell me with a straight face you don’t believe that last shot doesn’t have big Twilight Realm energy. You’d totally be lying. 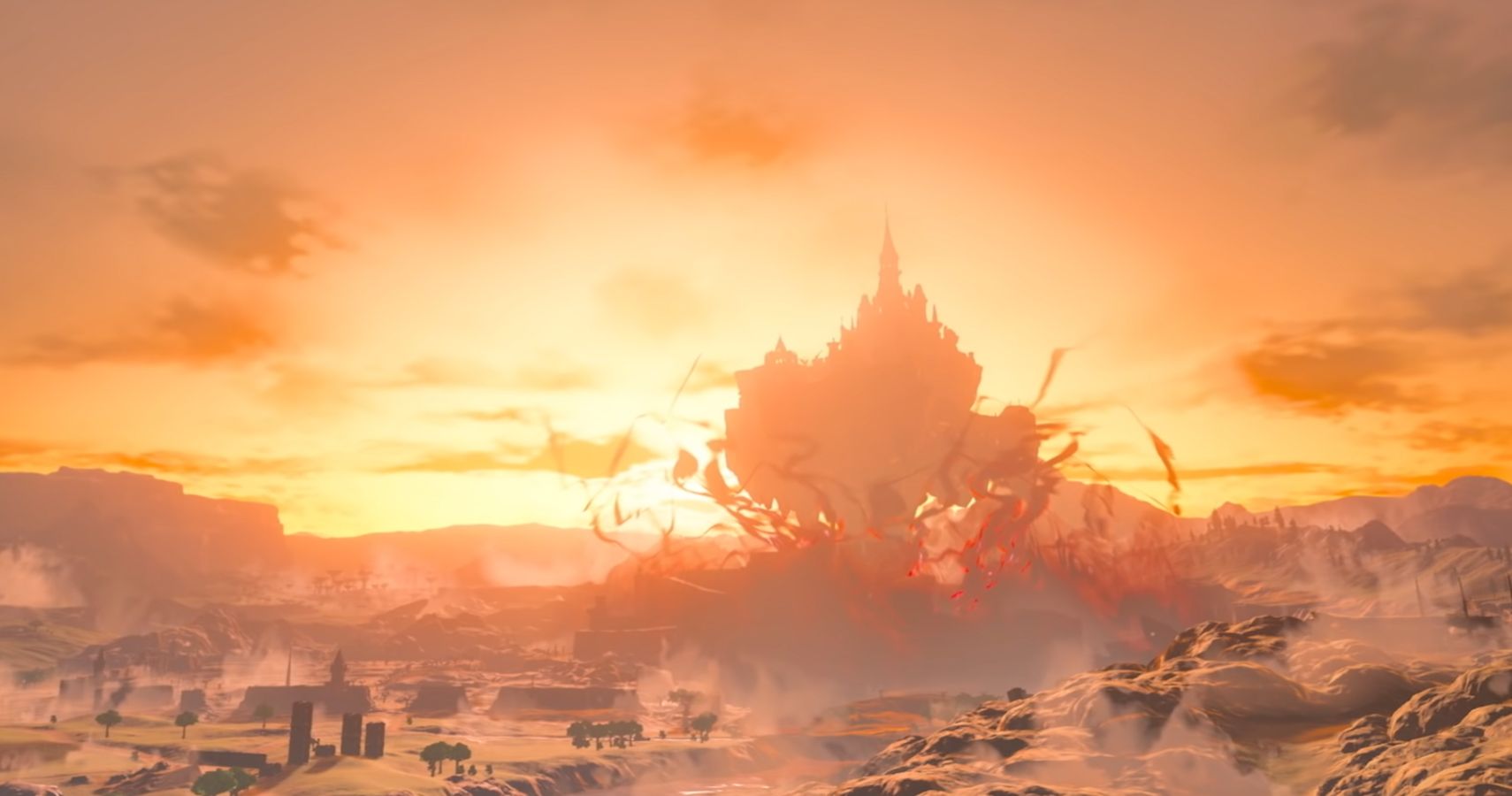 Regardless of where we’re going with this next Zelda, I’m enjoying the ride. While I truly loved the first Breath of the Wild, Majora’s Mask has always been my favorite, and Twilight Princess dances around the top somewhere. I’m constantly fascinated by the darker Hyrule, the Hero of Time who may feel a little less omnipotent, and I think we got those in some of Zelda’s “edgier” bits. While we do see a happier, brighter future from the rest of the gameplay in the new trailer, I hope those moments of Zelda and Link in trouble last a little longer, I hope the stakes feel a little higher, and I want another desolate version of Hyrule that borrows from the past.