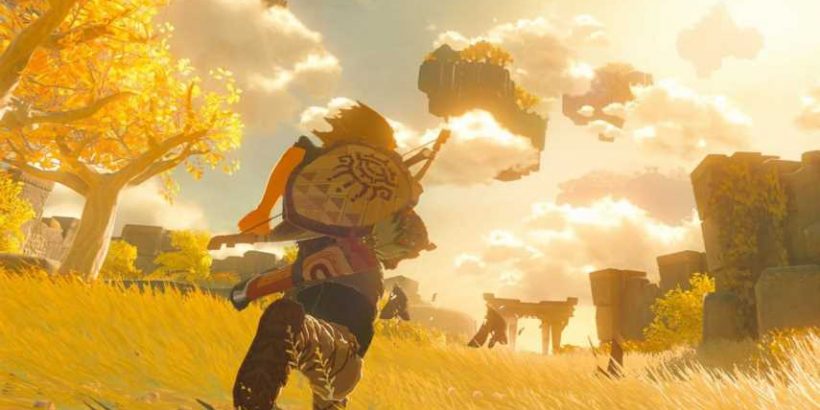 As open world design becomes more and more prevalent in video games, the worlds themselves are becoming far less dense. If you read about games even semi-regularly, you’ll probably have encountered the term ‘bloat,’ referring to the overinflated, banal universes that eschew focus for sheer scale. It’s a condition that is almost uniquely attributable to massive, blockbuster RPGs and action-adventure games, and it’s been an issue in the industry for well over a decade.

Breath of the Wild resisted bloat in a variety of remarkable ways. It’s a game that is fundamentally about exploring – there’s lots of room to get lost, to meander aimlessly through rivers and mountains without there being a thing every ten footsteps. In a lot of modern titles, there are too many places and objects and animals screaming for attention, creating a constant cacophony of colour and noise that leads to nothing more than sensory overload and, by extension, sensory redundancy. The magic dissipates, the smoke and mirrors are revealed, and all of a sudden the man walking into the wall drowns out the gorgeous lake behind him because the illusion is compromised.

None of that is in Zelda, though, which is why I was both confident in Nintendo’s ability to pull off a bigger and better world and apprehensive about how possible doing so would actually be. Fortunately, my confidence appears to have been justified. Despite the fact I obviously haven’t played Breath of the Wild 2 yet, its approach to open world design is already fairly clear, as is the key pillar ensuring its success: verticality. 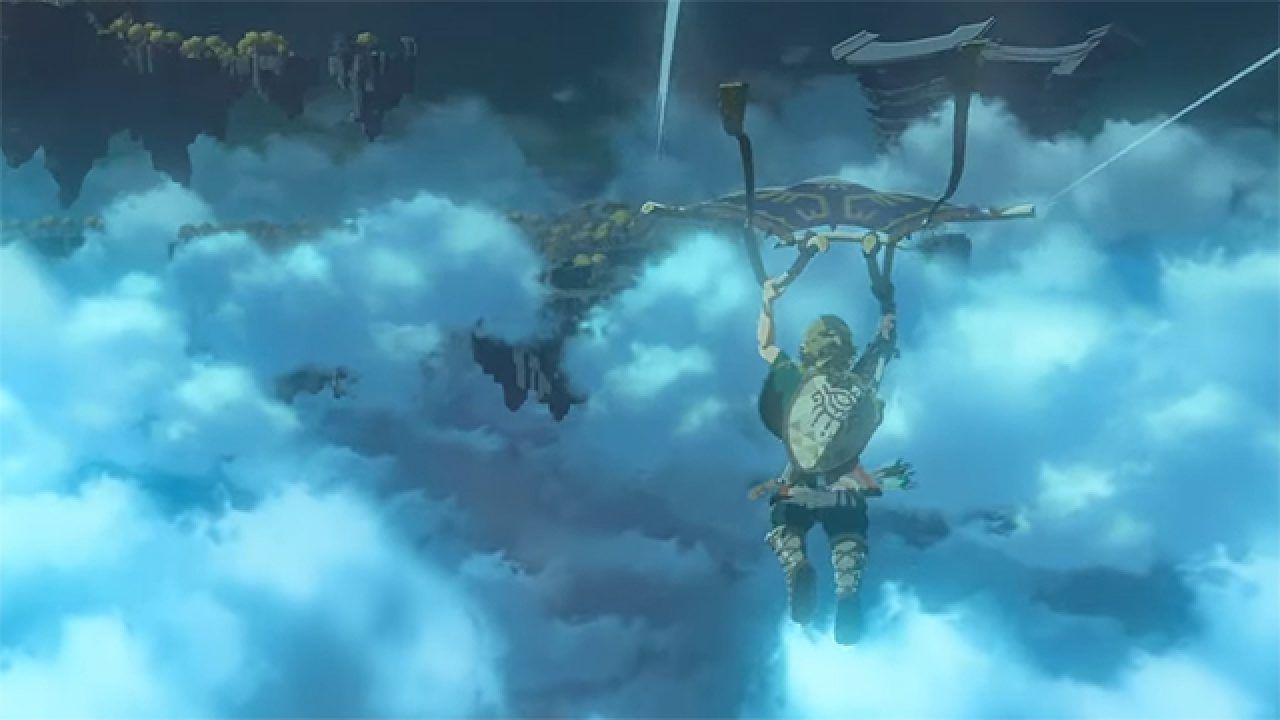 When we think of bloat in games, it’s usually a byproduct of excessive sprawl. Big, open, flat lands stretching for miles towards the horizon, with hundreds of gorgeous vistas that are ultimately screen-deep. There’s either nothing to do or too much going on, with very little attention being paid to that sweet spot in between, where the only thing you want to do is wander. That’s a good point, actually – speaking of Wander, Shadow of the Colossus is enormous and perfect, because it doesn’t feel as if it’s big for the sake of it. It contextualizes its size in accordance with the logic of its existence, and the quietness you experience there with Agro is pretty similar to the evocative atmosphere of bounding through Breath of the Wild’s Hyrule on Epona.

Verticality, though, provides a means of expanding scale without risking bloat. In the first trailer, we saw Link and Zelda exploring ancient ruins, presumably underground. The addition of extensive subterranean levels to the game already proved that it would be capable of eliciting various atmospheric feelings thanks to biome and colour diversity, although the latest trailer shown at E3 2021 catapults that idea even higher. Skyward Sword remaster next month? Mate, watch the new Breath of the Wild 2 trailer – it’s Breath of the Sky. 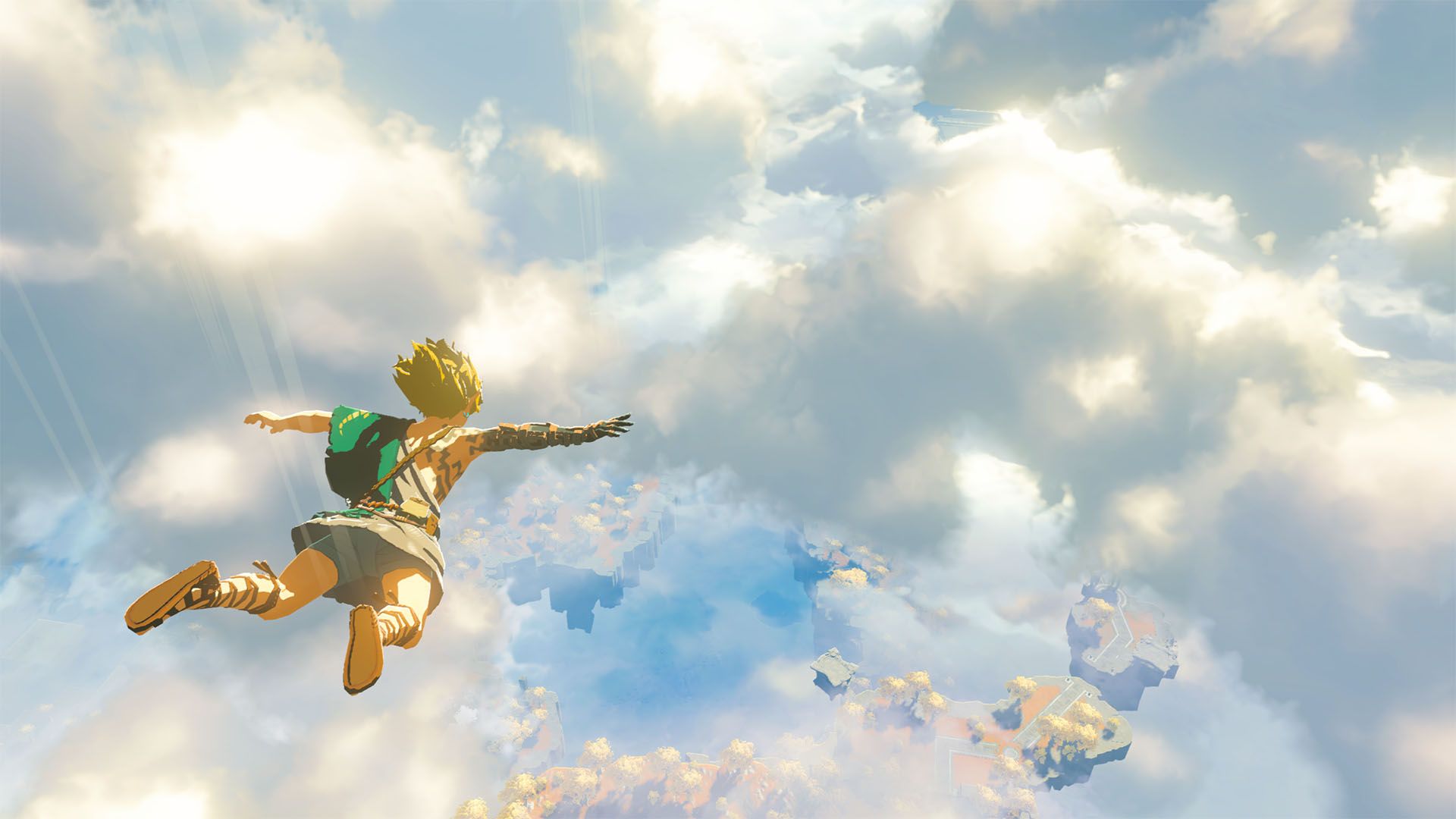 To be fair, floating islands are always going to fly (eh?) with me. There’s something lovely about them – detached, independent, free. Combined with the standard surface and underground though, this makes for an environmental trifecta fit to sit next to the Triforce. Verticality leads to a kind of versatility that just isn’t really possible when you’re setting an entire game on terra firma. Sure, you can have forests, and water, and mountains, and deserts, but that’s the same standard set of biomes that the vast majority of RPGs have unanimously adapted for years. Going underground makes me think of Orzammar from Dragon Age, or the Deep Roads, while aiming for the sky… Well, that’s an intriguing one, isn’t it? I already wrote about how Nintendo should put Minish Cap’s Palace of Winds in Breath of the Wild 2 – yes, I know Minish Cap is Capcom Zelda, stop – although realistically the possibilities are boundless.

Breath of the Wild had one of the best open worlds ever designed. As I mentioned earlier, it was centered around exploring, but it also placed emphasis on interactivity and curiosity and traversal. It’s like an enormous playground designed to showcase how design should work. Following that up with a sequel is no easy task, but by committing to going up and down instead of left and right, Nintendo has caught the Bullbo by the horns. I’ve had a pretty good handle on my excitement for Breath of the Wild 2 ever since it was announced, but that recent trailer changed everything. The handle is off the door and I’ve thrown it into the sea. There’s a hurricane perpetually battering the door and sending the excitement flying as if it’s been unceremoniously chucked by an Olympian discus player. Breath of the Wild 2, by the looks of things, has done everything right, and I, for one, can’t wait to travel from caves, to cliffs, to clouds, and beyond. Games are good, actually.