Iron Studios’ next high-end statue pits the Dark Knight against his greatest foe. The details in this piece are stunning and perfectly capture the brute strength of Batman and the surprising agility of Joker. If you look closely you will also see the Robin’s cape draped over a garbage can. Joker is also wielding the instrument he used to take down Batman’s side kick. While this scene screams of of the Death in the Family story arc that showed us Jason Todd’s last days, it’s just a nod, as Batman’s costume is modern in design.

This statue is 1/6 scale, and stands in at 20-inches in height and 20.5-inches in width. Iron Studios says its hand painted and made of polystone. Preorders are open now, but the diorama won’t ship until January of 2020. 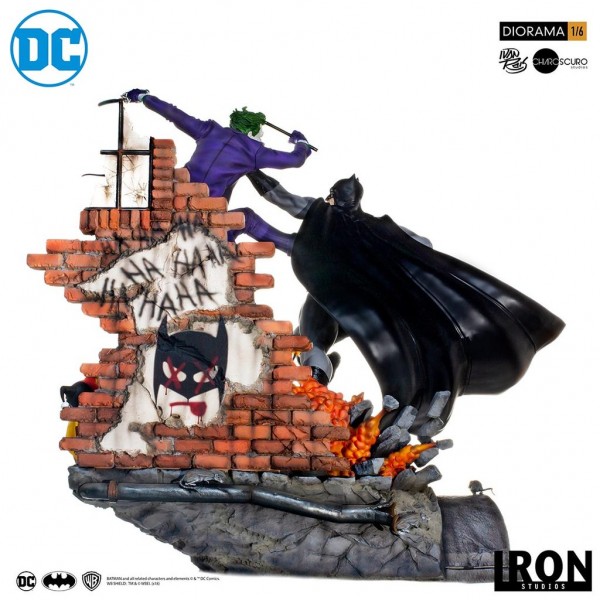 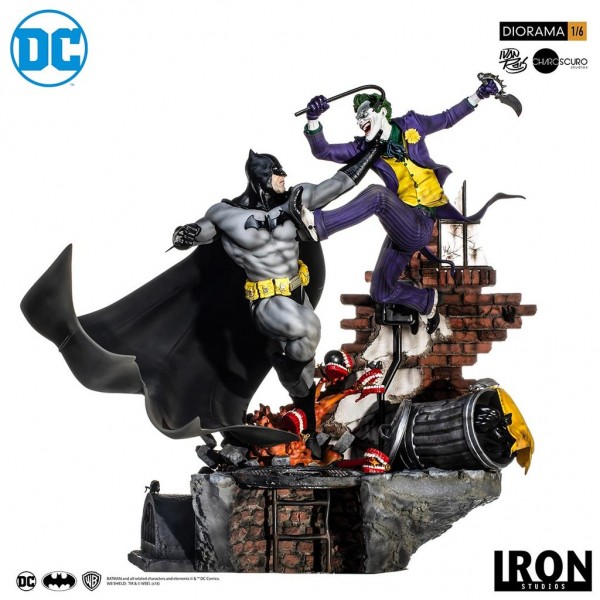 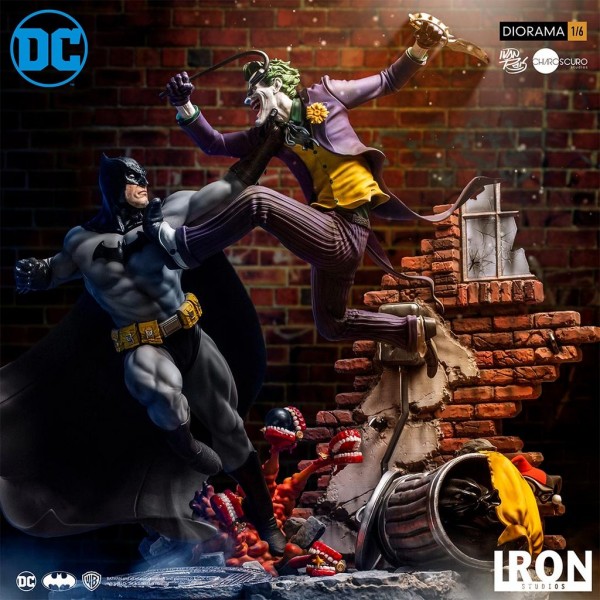 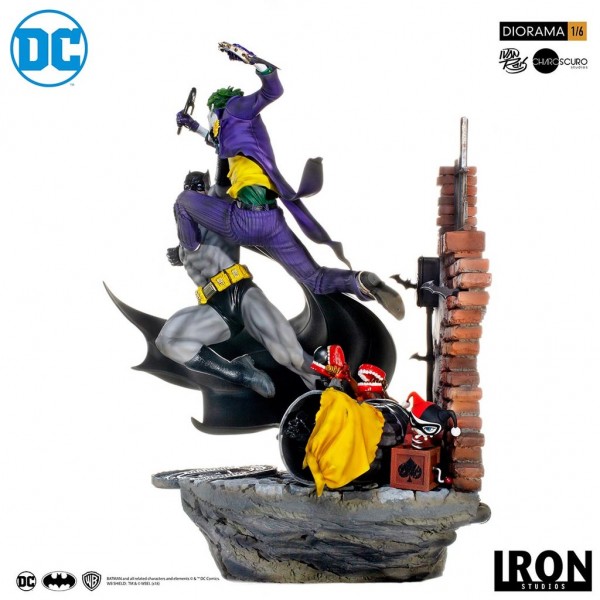