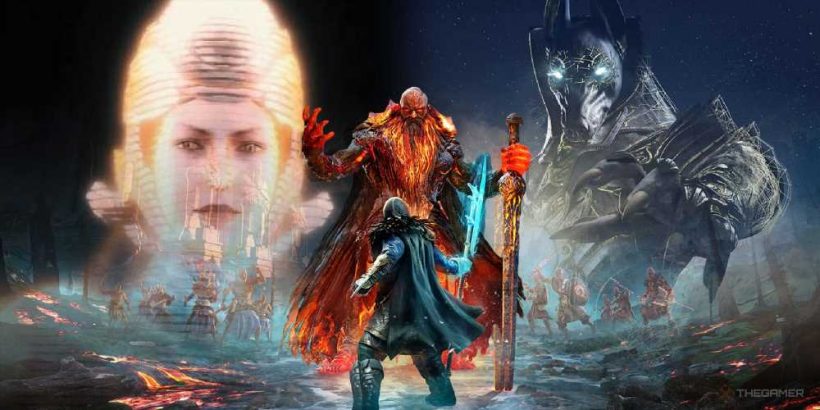 Assassin’s Creed has never been concerned about realism. You play as a normie who slips into a magical machine that transports them into the shoes of legendary ancestors to murder baddies, jump into hay bales, and collect feathers for some reason. It’s always been a bit silly, with Ubisoft balancing an exploration of the past alongside a present day story in games that seek to depict historical settings with an unparalleled level of detail.

Fans adore how accurately the franchise is able to recreate the likes of Egypt, Greece, Florence, and so many other locales that feel like they’ve been pulled straight from a weathered textbook. You can lose yourselves for hours in each new game, even if the stories being presented merely accommodate endless amounts of saturated content instead of keeping you around for the right reasons. Assassin’s Creed has changed, and Valhalla’s Dawn of Ragnarok expansion only further cements where things will go from here.

I only played 10 or so hours of Eivor’s adventure before tapping out, coming to the grim realisation that the journey that awaited me was simply too sprawling to commit to. It’s massive, uncompromisingly so, but it seems this approach has proven popular given how many sizable expansions and updates the game has received since its launch. Valhalla is now a live-service juggernaut, its depiction of the Viking world acting as a foundation for Ubisoft to explore increasingly unusual stories set amidst the Norse pantheon. It no longer flirts with the idea of gods and monsters, it actively embraces them as part of its universe. 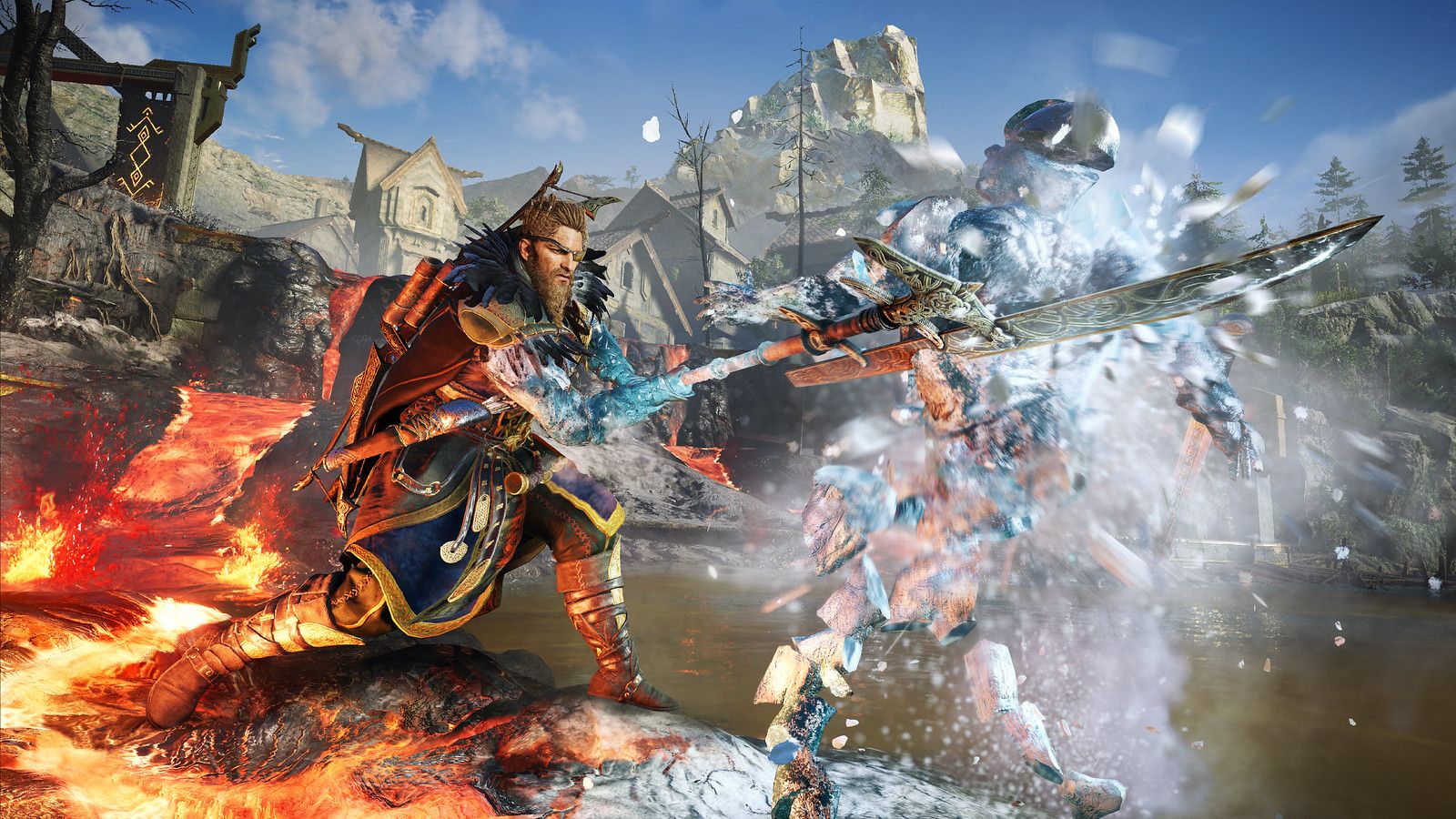 Is Eivor a god now? Well, they are at least capable of wielding a mixture of weapons and powers that present them as one, and there’s also the fact they’re able to leap off cliffs and transform into a golden eagle before soaring into the battlefield. This isn’t something a normal person is able to do, so I’m guessing Valhalla’s main narrative goes places that breach far beyond learning from an ancestor’s memories to prevent the coming apocalypse. It doesn’t make any sense, and I’ve made peace with that given the habits this series has developed ever since it entered soft reboot territory with Assassin’s Creed Origins.

Bayek’s adventure was still relatively grounded with its depiction of Ancient Egypt, but expansions leaned into more outlandish ideas as it introduced monsters to fight and fantastical locations to uncover that absolutely can’t be found in the real world. Odyssey furthered this identity, with Alexios and Kassandra eventually coming across Atlantis and embracing immortality once the game’s convoluted narrative came to the end – both of which are making a comeback in Assassin’s Creed Valhalla as part of a crossover event. They can’t die, so it makes perfect sense that they’d eventually come across Eivor for a scrap. A lot of fans tapped out thanks to this absurdity, and I can’t blame them, but part of me has long accepted it, and perhaps the series is better for leaning into its sillier side like this. 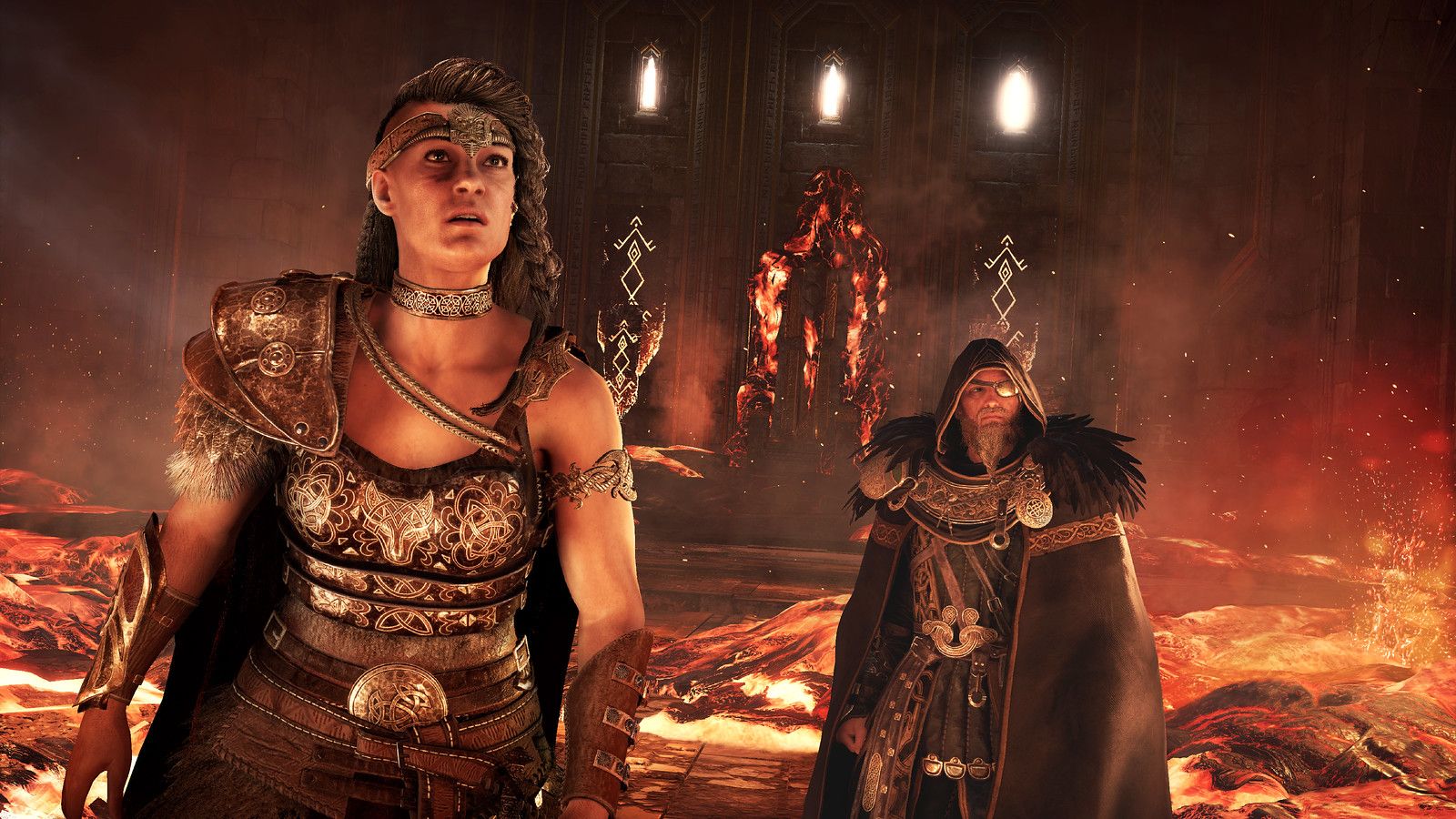 There’s also the eventual arrival of Assassin’s Creed Infinity to think about, a live service platform that will transform the property forever. We will no longer receive regular entries depicting new settings, poised to offer 100+ hours of content through a single purchase. It will now be delivered in more nuanced packages, whether it be more focused stories across smaller locales or dipping liberally into certain historical periods before eventually combining them into a single whole. We’re seeing the beginning of this with Odyssey and Valhalla crossing streams for the first time, Ubisoft making it clear that there’s no hesitation to bring the past into the present in order to create something new. This does risk a reliance on older, dryer characters we’ve seen countless times before instead of pushing forward into the unknown, but hopefully this doesn’t become a habit.

Dawn of Ragnarok does veer a little too close into Immortals Fenyx Rising territory, but I’ve no problem with Assassin’s Creed going wild in standalone adventures like this if it still makes an active effort to present us with compelling recreations of real cities and a nuanced exploration of history. Discovery Tour across Origins, Odyssey, and Valhalla showcase how much effort has been put into ensuring the places, people, and culture of these games is accurate and respectful, so much so that it’s even been used for educational purposes. You could argue that dabbling in gods and monsters cheapens that interpretation, but isn’t there room for both? Go a little wild once the base game is over and done with, turn your protagonist into a god who can morph into an eagle and hurl fire at people if it floats your boat. Given Valhalla’s popularity I assume the wide majority are just fine with this direction, although part of me is curious how these more absurd ideas will be presented alongside relative realism in a live service environment.

We’ll see how it all works out, but Dawn of Ragnarok has me giving a shit about Assassin’s Creed for the first time in months, and that must be a good thing.