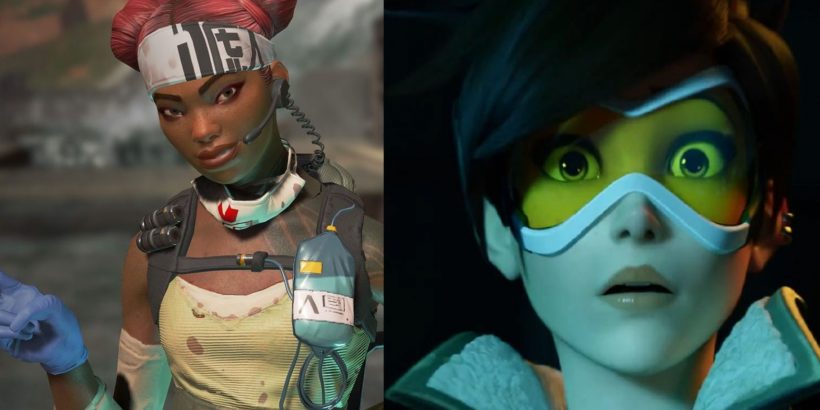 Apex Legends is the phoenix that’s risen from the ashes of Titanfall, and what a beautiful phoenix it is. I’ve poured hundreds of hours into the game, and hundreds of dollars into merch. Hell, I even got a nose stud because of Wraith.

Why have I thrown myself so hard at this game? Is it the mechanics? Well, for starters, yeah – they’re among the best I’ve ever touched in a shooter, but that’s not it. What about the visuals? Sure, they’re undeniably great, but there’s something more. And while I could sit here and talk about how smartly designed the maps are, or how good all the guns feel, or how the traversal tech is more interesting than its peers, it’s not necessarily the mechanics that have grabbed me as hard as one other major facet.

To me, where Apex Legends truly succeeds is in its strength of character. That is to say, its diverse and robust cast of eclectic player-characters are unlike anything else in the genre. Fortnite‘s characters are colorful in the same way that ’80s cartoon characters are, but they lack personality or depth. Meanwhile, PUBG’s got some military gear and overpriced Suicide Squad costumes that look like they’re from Party City’s bargain bin. Warzone? More like snore zone. Against this limp competition, Apex has the edge by default. 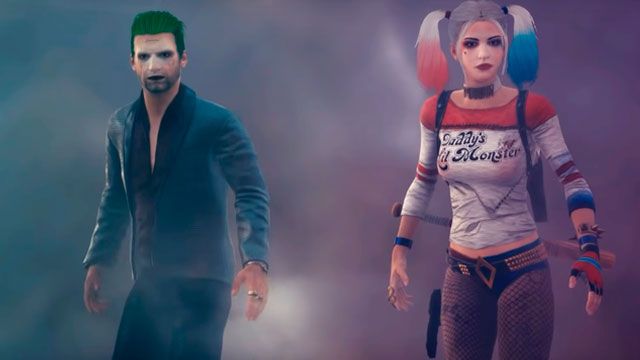 However, Apex’s cast isn’t just head-and-shoulders above its competitors. Instead, it goes for the jugular of a personal favorite: Overwatch. The comparisons are impossible to not see. Chatter that dumps lore, signature voice lines, a MOBA-lite class system… the list goes on. But the thing is that not only is Apex clearly influenced by Overwatch, it’s hellbent on improving on it. Every person on the design team of Apex went above and beyond the call of duty to deliver a game with characters that are, on both a conceptual and aesthetic level, more interesting than anything Blizzard could come up with.

How is this accomplished? For starters, it’s important to understand why I think Overwatch’s roster is, by and large, not very well thought-out. And before you post this on some forum and find my Twitter and get all pissy because I hurt your feelings about a game you had no hand in creating, I should really repeat that I used to love Overwatch and have fanart and figures from it all over my home. However, Blizzard has proven over the course of several years that they’re firmly stuck in the lane of pandering to anime fans and horny teens. Oh, and the meta’s awful. There’s also that.

I digress. First, let’s talk about the female characters – practically all of them look the goddamn same. Outliers like Mei and Zarya notwithstanding, almost every single female character, regardless of nationality, ethnicity, or occupation, are identical in both facial characteristics and body type. A gruff military woman hailing from Egypt has the same ass and bust and weight of an introverted teenage hacker from Mexico, a socially awkward Indian mathematician, a dumb white cowgirl, a Swedish welder, a German doctor, a professional gamer from Korea, a French sniper, a white whatever-the-fuck Tracer is, et cetera.

If you think I’m exaggerating, please, glance over this image for a moment. I’ll wait.

But even the outliers have their own problems. Ana, an elderly woman in a sick-ass headscarf, gets a skin that makes her younger and sexier. Mei seems kind of portly, until you put on literally anything other than her default outfit and realize, huh, she’s actually just got a pretty conventionally acceptable hourglass figure and enormous tits. The only one I can give any props to, really, is Zarya. Despite the silly boob armor, she genuinely bucks conventional design trends with it comes to female characters, both in terms of personality and physicality. She’s more in line with the wild diversity present in the male characters, and I really do wish that diversity was represented in the female characters.

Apex, on the other hand, doesn’t really have the same problem. Look at the female characters alone – Wraith, Bangalore, and Lifeline. Only one of them is wearing a body suit, and considering her character (stealthy interdimensional assassin-y lady,) it fits. The other two women wear clothing that makes sense for both their respective roles on the battlefield and their lore, with Bangalore’s fatigues making sense considering her military upbringing and Lifeline’s breathable top and cargo pants fitting with her role as a combat medic, as well as being more casual than something somebody from her wealthy upbringing might wear. On top of their outfits, each woman looks different. Different body types and heights and faces help to give them differentiating factors beyond outfit colors and hairstyles. While I’d like more diversity in terms of female body types and eventually other ethnicities, it’s a pretty bang-up start.

Then you have Bloodhound, the non-binary espionage expert. It’s a cool way to put a non-binary character in a AAA game, I feel, because whatever perceived “gendered” physical characteristics they might have are obscured by a gas mask and bulky clothing. Their appearance is calculated very deliberately to be genderless and ambiguous, which is a great artistic choice. Oh, and let’s talk for a second about Gibralter. Here’s this goofy and sweet beefcake who’s gay and doesn’t have some sort of sad backstory about it. He’s not cuckolded and sad like Soldier 76, whose story echoes literally every Hollywood movie ever written about gay men that’s not called Moonlight, or if he is, we don’t know about it. That’s rad as hell. 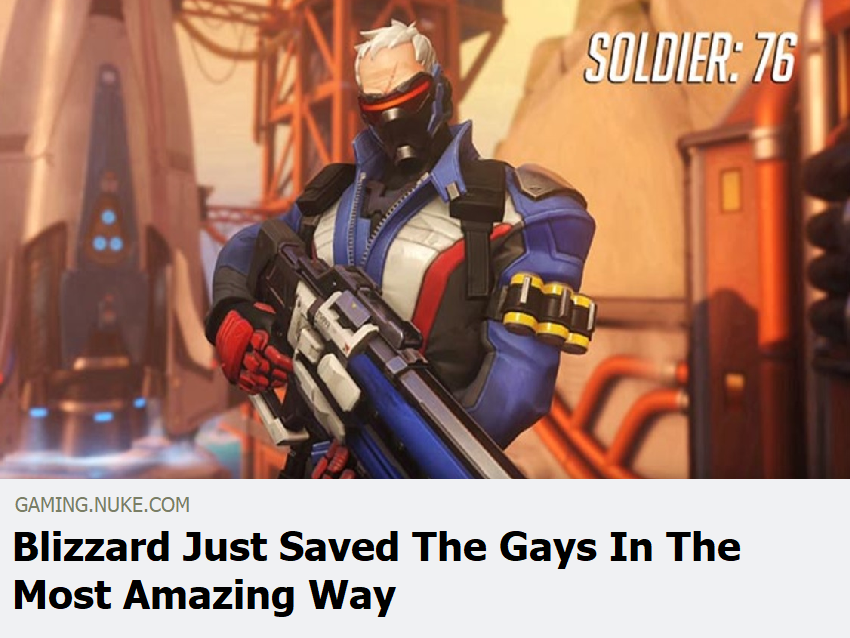 Plus, the character designs across the board are very good. There’s no titty armor or weeaboo nonsense – every character’s outfit and physical appearance fits their role, has good glance value, follows the classic silhouette test rule, and has a cohesiveness to it that fits in the context of the universe. It’s a game that draws you into its world based on the way the characters look, instead of yanking you out of it. That’s a hard thing to accomplish, especially when it comes to a PVP free-to-play game. It takes a lot of extra effort to not just try and appeal to the lowest common denominator like certain other games that are MOBAs made by Riot Games or shooters made by Hi-Res. Ahem.

Apex’s cast has its problems, especially when it comes to Loba’s portrayal, but it’s a marked step up from its contemporaries – and a great example to learn from.

Next: Final Fantasy X’s Opening Is The Best In The Series