A new season of Apex Legends is dawning, and with the birth of a new season comes a brand new champion to shake things up. While many were thinking that this would be the debut of Revenant, Respawn has once again thrown a curveball and revealed the newest member of the roster to be the burly brawler Forge.

So, who is Forge and what can he do? Let’s take a look at this grizzled, face-punching fighter.

The Big Man With Big Hands 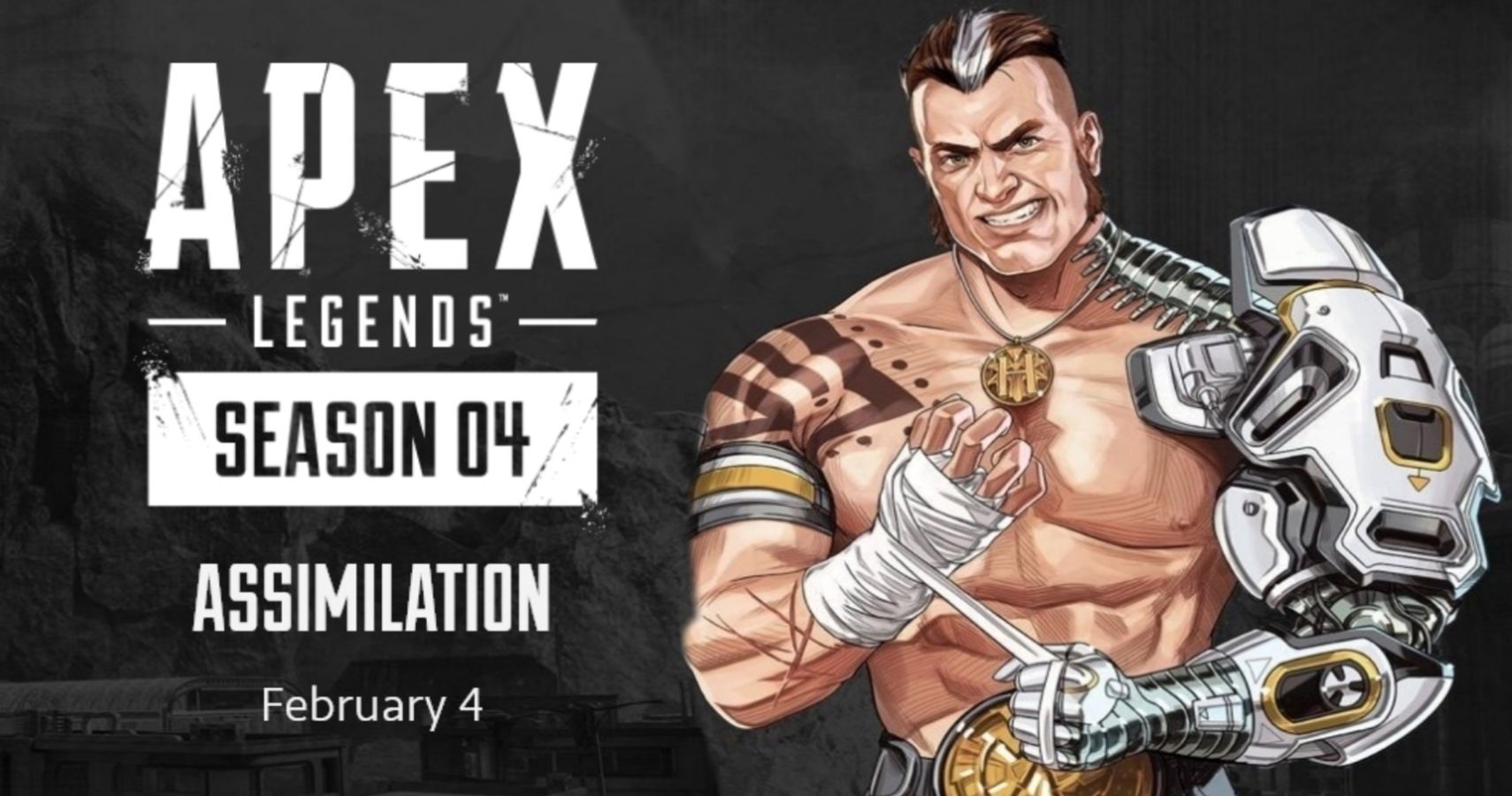 Forge is a pretty big boy in comparison to the other champions of Apex. Standing at 6 foot 5 and a half inches and weighing in at 269 pounds, he’s possibly the most physically imposing character in the game aside from Gibraltar. Born James McCormick, he’s a former five-time Hyperfighting Federation champion, which we assume is the Apex universe’s version of the WWE or UFC. He also seems to be going grey early considering he’s only 28.

For one reason or another, he’s left behind the world of hyperfighting to participate in the Apex Legends arena, and he’s not just doing for himself. In a first for Apex champions, Forge has a corporate sponsor paying him to jump in the battle royale fray. Hammond Robotics is the company that pays Forge to fight. If that name sounds familiar, that’s because it’s the same business that supplies Titanfall’s IMC with the titular Titans during their war with the Frontier Militia. So not only is this yet another bit of lore that connects Apex Legends to Respawn’s other intellectual property, but this is the same corporation responsible for building MRVN units like Pathfinder. Perhaps Forge will shed some light on Pathfinder’s history? Or maybe Forge has been sent there to shut down Pathfinder for good?

Also, Forge apparently dated Bangalore in the past, but that’s coming from his mouth. Bangalore has yet to confirm or deny this romantic relationship. 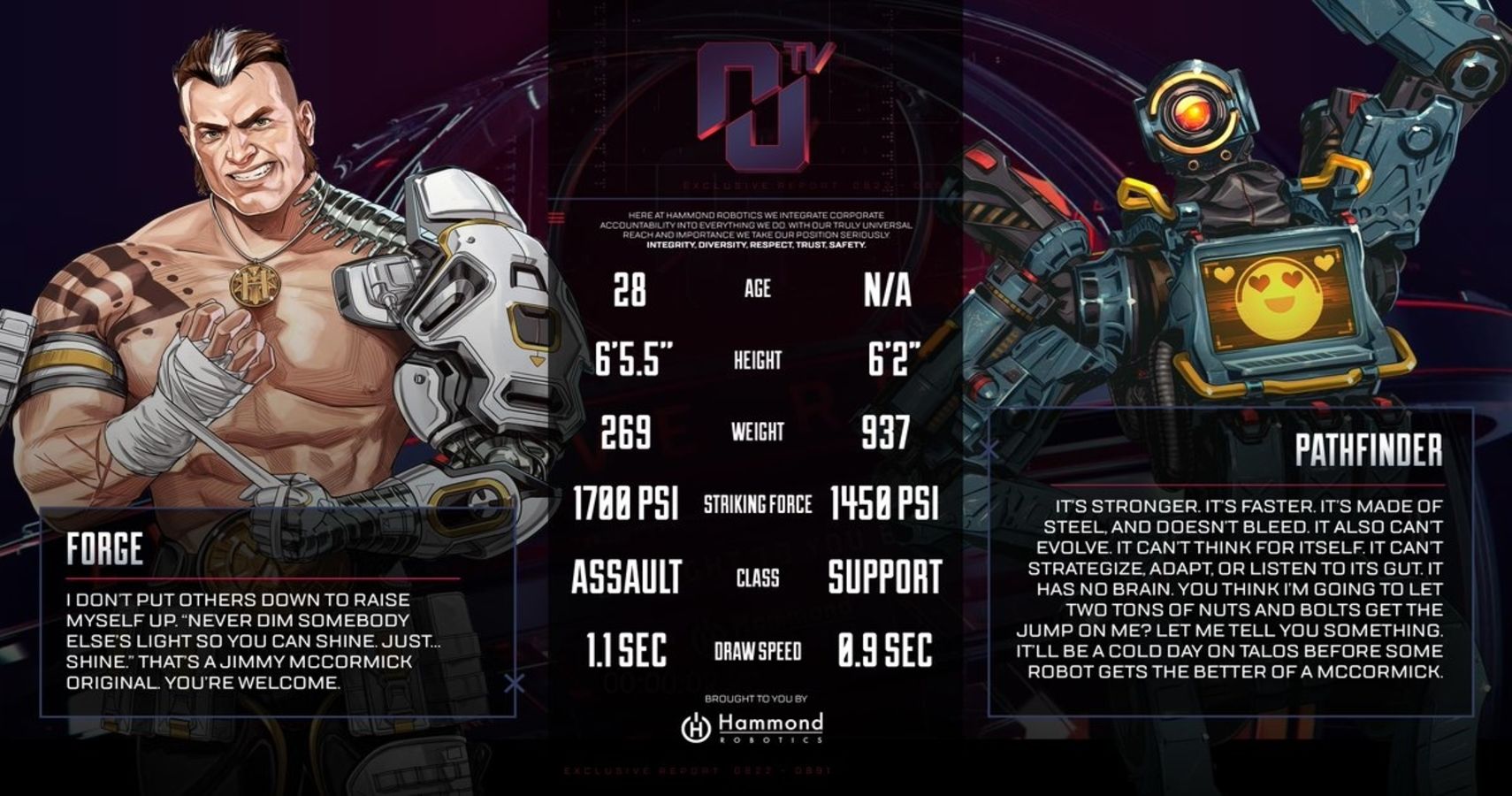 That’s as much as we know about his backstory, but what are his abilities? Well, according to leaked information from dataminers, it looks like Forge could be Apex’s answer to Overwatch’s Doomfist as he’s going to be an Assault-class champion with a heavy focus on melee combat.

Some of his abilities include a ground pound and a bull rush attack that can turn into an uppercut upon hitting an enemy. A possible passive ability called On The Ropes boosts melee damage when health is low and that damage also generates a temporary shield, which definitely sounds very Doomfist-esque. Adding to his melee-centric move set is the Victory Rush ability which refills his health and gives him a speed boost upon killing an opponent with a melee attack.

The only potential skill that doesn’t seem to directly involve punching is one called a Pull Shot. This works almost like the polar opposite of Pathfinder’s Grappling Hook. Instead of being a way to traverse the terrain, it’s used to pull enemies in Roadhog-style or can send you flying into the air. 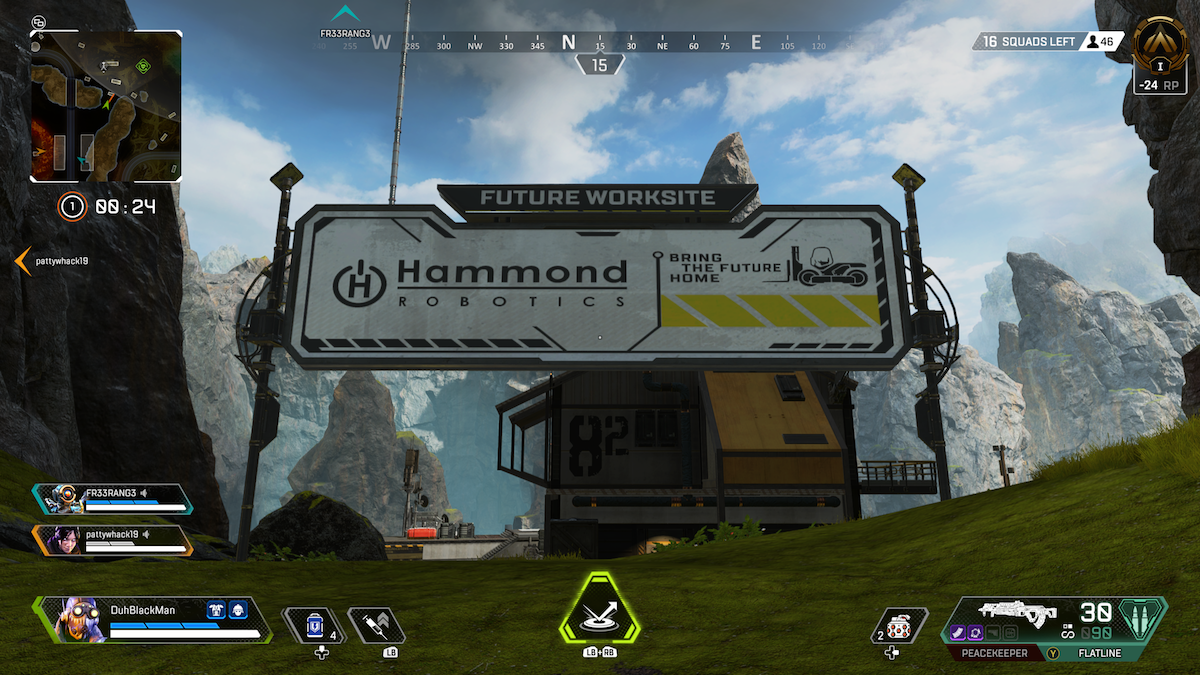 Now, none of this has been outright confirmed by Respawn as of right now, so take it with a big ol’ grain of salt. But dataminers have managed to get some inside dirt on Apex before, so there’s a strong chance that Forge will be swinging and bringing the pain with at least some of these maneuvers.

Forge will release when Season 4 of Apex Legends begins on February 4th, so get ready to smash in some champion faces.