Fallout 76 launched as a complete disaster nearly two years ago, but several updates later, is the game worth playing? The short answer is yes, absolutely, but the road to this point was long, and previous experiences with the game might have turned you off from diving into back into the wastelands.

Without a hint of exaggeration, the launch of Fallout 76 in October 2018 was one of the worst in video game history. The closed beta revealed hundreds of bugs, most of which remained when the game went live. Players were duping endgame gear, others were banned for exploring areas that the developer failed to make off-limits, and entire servers would crash when players fired nukes simultaneously. 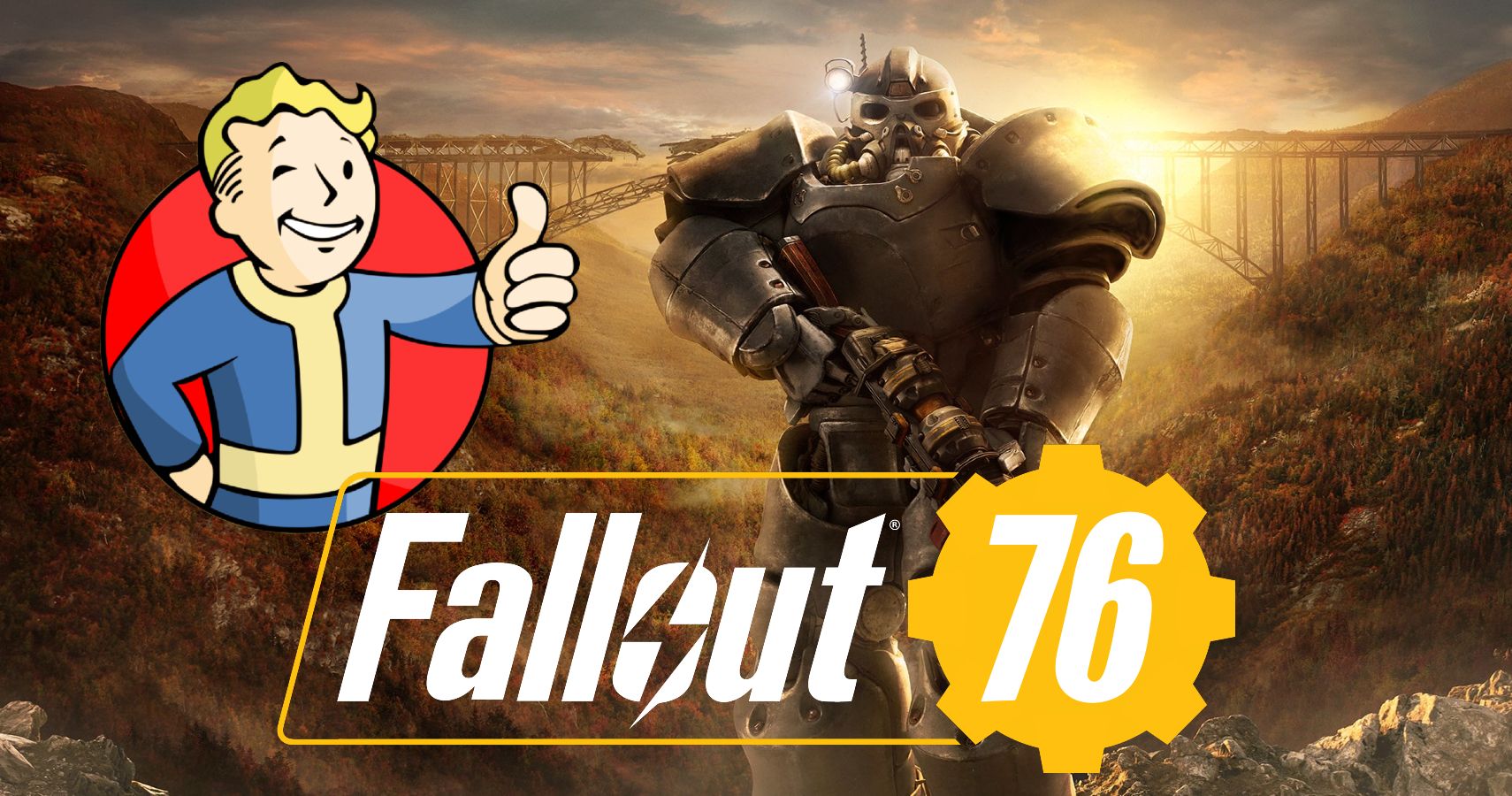 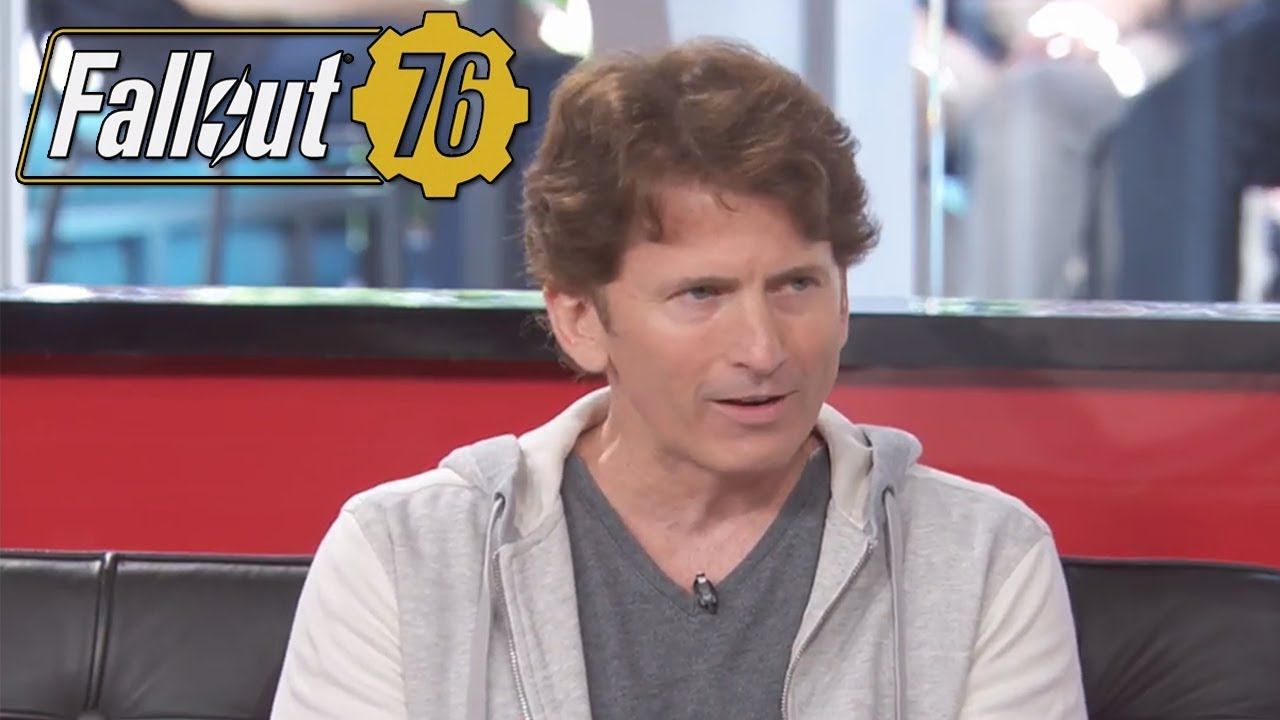 Bethesda’s Todd Howard was fully aware that the game would be ill-received at the start, but there has been much work done since those early, buggy days. Even if you have had a bad experience before, there is a lot to consider and maybe take another shot at surviving the wastelands.

Bethesda was in full damage control mode from day one. Still, every single update has brought positive, meaningful change to the game. 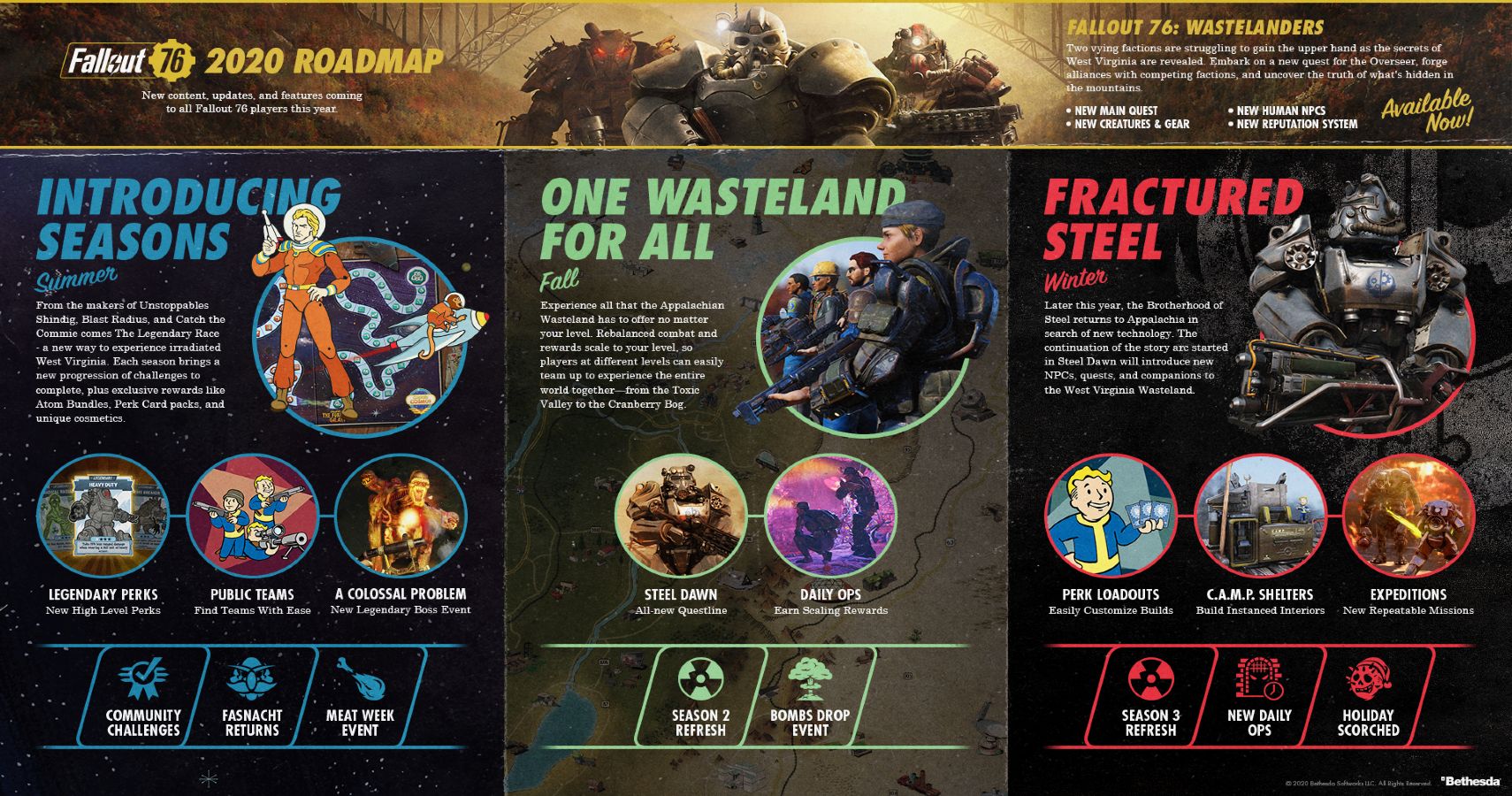 Over nearly two years, Bethesda has added updates like Wild Appalachia, Nuclear Winter, Wastelanders, The Legendary Run, and Armor Ace, the last being the content rolling out over the next four months. Each one of these updates worked to fix bugs, make quality of life improvements, add new content, and make that content accessible to more players.

With each new update, Fallout 76 evolved to return to more of what long-time fans of the series wanted. Wild Appalachia was the first major update in March 2019 that expanded on crafting and world events, though it was only scratching the surface of what a Fallout game needed. Nuclear Winter, described in greater detail under the State of PvP section below, was another ambitious update that leaned into the popularity of Fortnite in June 2019.

However, it was the Wastelanders update from April 2020 that helped turn a corner for the game. This third major update brought more refinement to crafting and additional quests, but most importantly, it brought back living humans as NPCs scattered throughout Appalachia. A cornerstone of the Fallout series is the varied personalities you meet along the way, and the world felt much more complete once the NPCs made their way to the game.

The Legendary Run, Fallout 76’s fourth major update, continued with improving the game for the better. By adding in seasonal goals, legendary perks, and Public Teams, you now had long-term progression to work towards and it was now easier than ever to find like-minded players.

If these had been the only updates made to the game, it would still be worth picking up, but there is one more to speak of that really allowed the entire community to come together, whether you are level 2, or 200, and that is the One Wasteland For All update.

Fallout 76 – Can You Play Single-Player?

By design, Fallout 76 was clearly meant to be a multiplayer experience at launch, with single-player initially limited by what you could accomplish alone. Some enemies, bosses, and events were simply unbeatable, or tedious to slog through as a lone explorer, and the lack of NPCs made most question if this was really a Fallout game at all.

Now the complete opposite is true, thanks mostly to the recent One Wasteland For All update. This released recently on September 15, but it is a complete gamechanger thanks to making virtually all the game’s content scale dynamically to your player level. 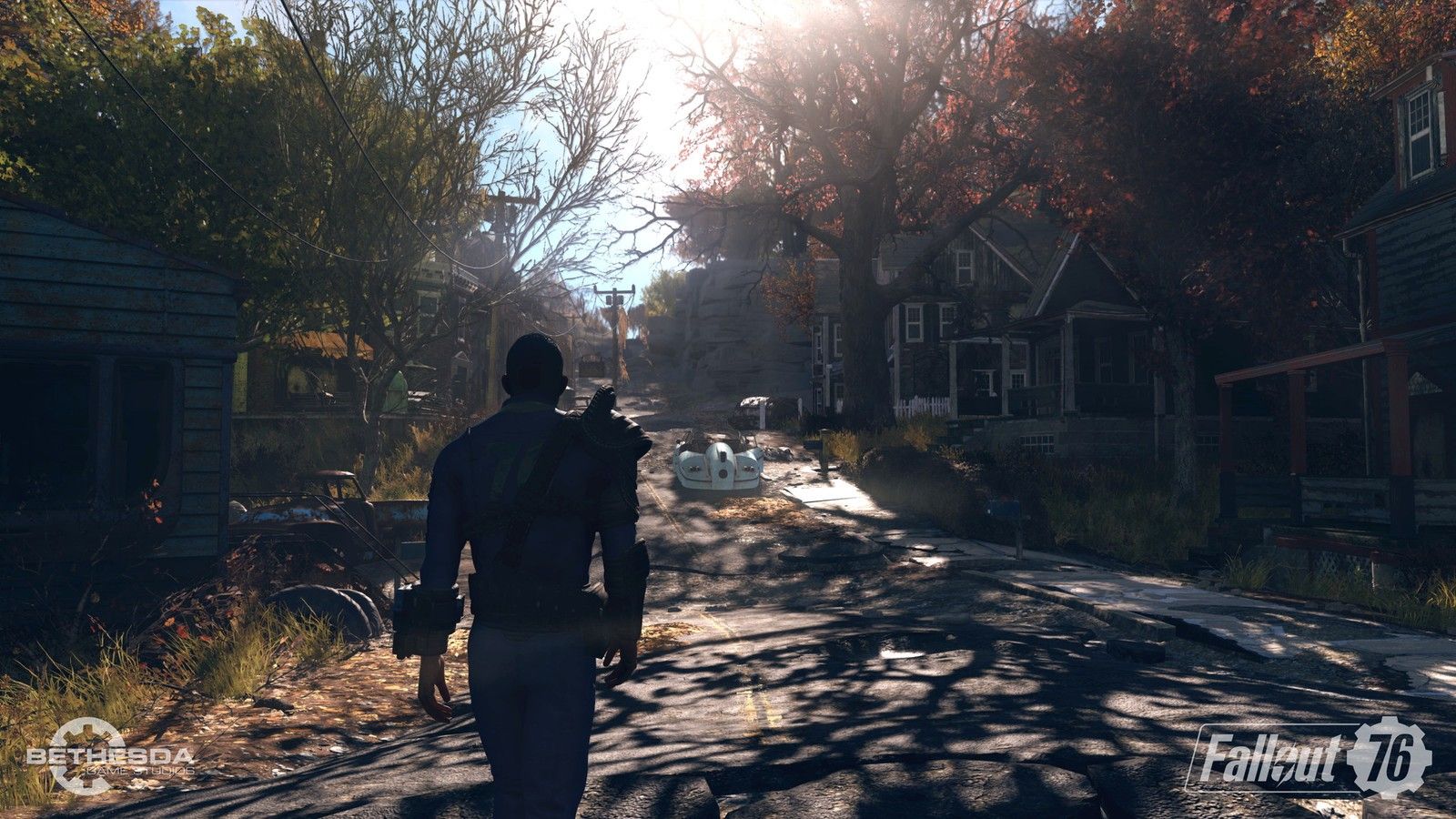 Whether you are a veteran player at level 200 or brand new to the game, friends can group up now despite their progression difference and both will contribute in a meaningful way.

In addition, this new dynamic scaling also gives you the freedom to explore everywhere in the game. No longer are you level gated by content that will destroy your character in a single hit. Games like The Elder Scrolls Online and World of Warcraft have found great success in implementing similar types of dynamic leveling, and it makes it possible to enjoy virtually all the PvE content that the game has to offer, even alone.

Bethesda also added Seasons to the game, which means that even after all the original and added content is cleared, which is no quick task, there is always something new to work towards. The Fractured Steel update is set to arrive next towards the end of the year, and that too will add even more NPCs, quests, and companions. 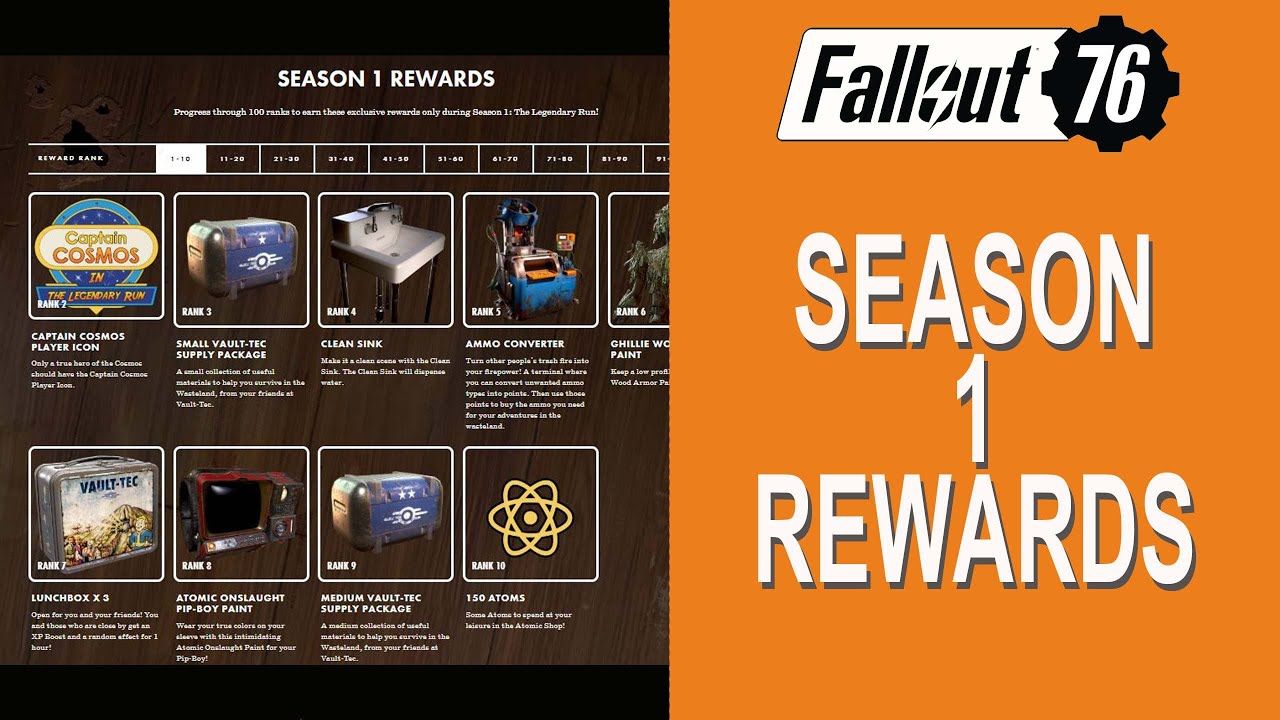 PvP in Fallout 76 is one area that has not received the same attention as PvE, and it shows. There are several reasons for this – one being that Bethesda does not seem interested in balancing player power levels, and it is still possible to hack and duplicate items on PC.

This results in some players having an immense competitive advantage over those who are grinding and organically cultivating their gear. You might grind for a decent set of armor and weapons only for a cheating player in full Power Armor to smoke you in two seconds. The result is a system that isn’t fun and does not encourage long-term PvP progression.

The biggest issue, however, is that there is no real middle ground in terms of character build optimization. You either create and gear your character around PvE content or for PvP combat, but anything in between is suboptimal and will not save your skin against other players. 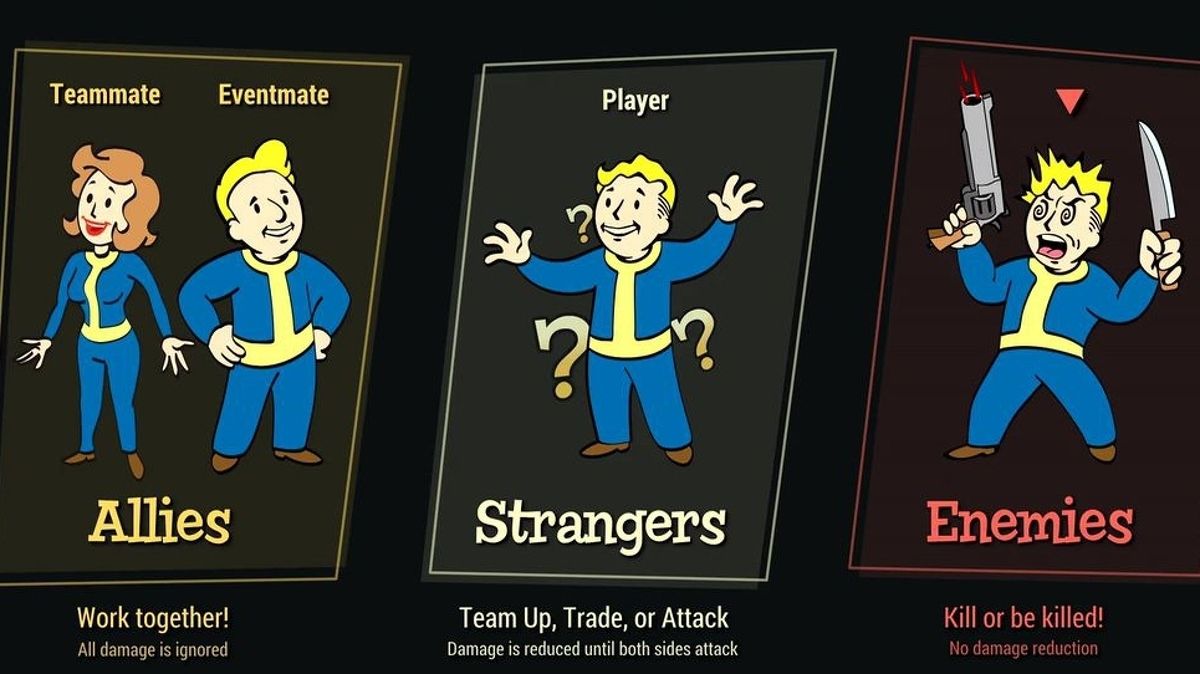 The biggest attempt to bring players into PvP was with the Nuclear Winter update, which added a battle royale mode during the Fortnite and PUBG hype cycle. Nuclear Winter is perfectly fine as a distraction from time to time, but I doubt you’ll spend much time with it.

Interestingly, Bethesda seemed surprised by the negative reactions of players to PvP in Fallout 76, but the writing was clearly on the wall. PvP hardly ever feels organic, and it heavily favors players who have gone all-in to take out other players. Because of that, most seem not to bother with the mode at all.

Ultimately, the Fallout 76 we have today is nothing like what appeared at launch, and that is a great thing. As a single and multiplayer experience, Fallout 76 is in a fantastic place now in terms of content and the ability to explore whatever you like. 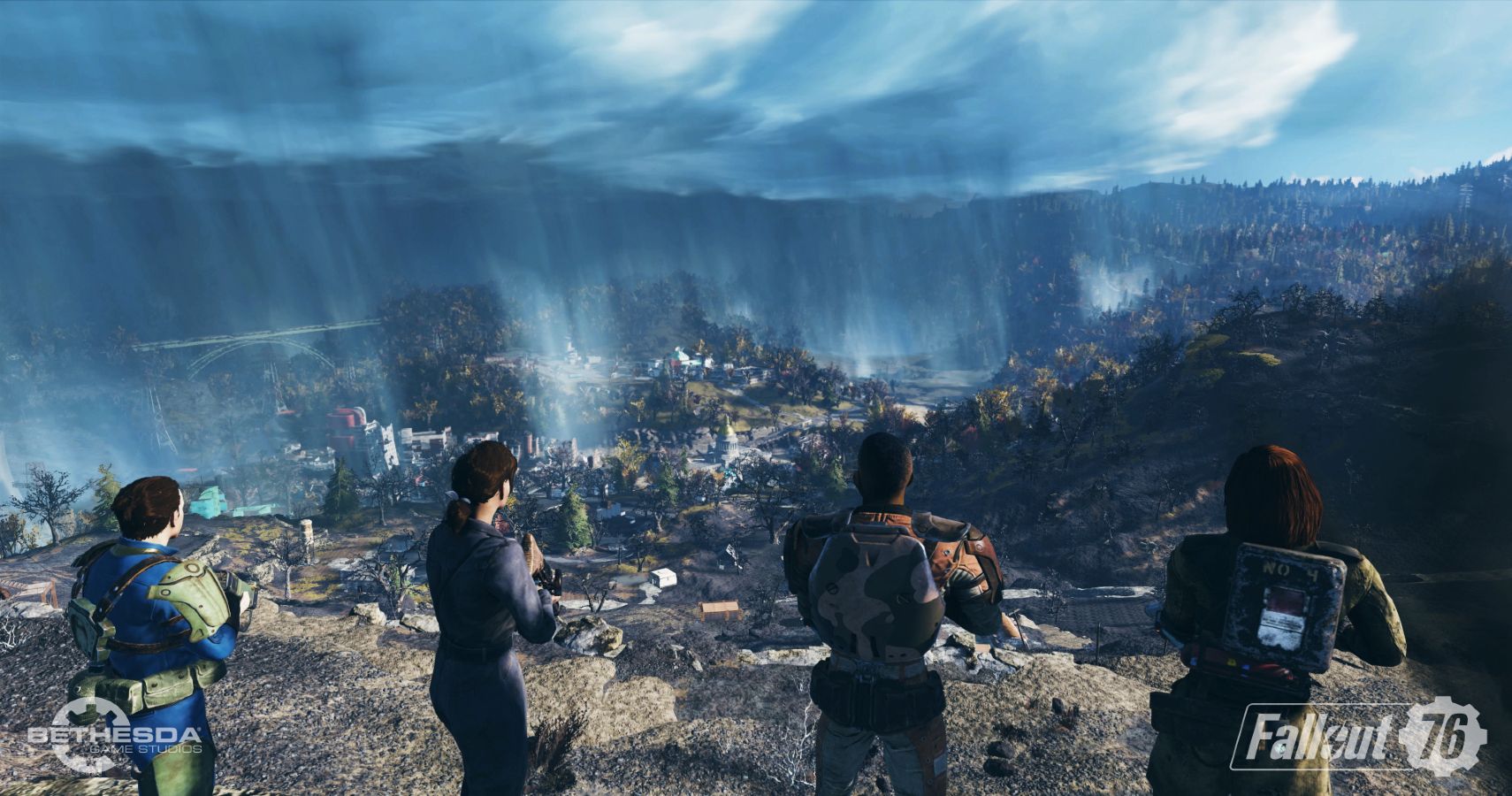 Despite being at its core designed to be a multiplayer experience, lone wolves can still engage meaningfully for hundreds of hours, and there seems to be more and more content on the way to keep you busy. Now is the best time to dive into the action of Fallout 76.