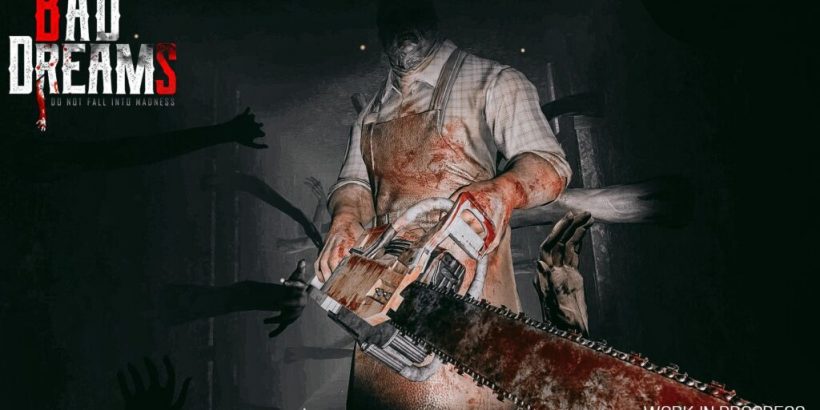 Indie French team Creative VR3D’s previous virtual reality (VR) projects included Darkness Rollercoaster – Ultimate Shooter Edition but its latest title could be its biggest yet. Called Bad Dreams, this twisted horror-themed world is coming to most major VR headsets, with plans to support development with a Kickstarter campaign next month.

Mixing psychological and survival horror into one frightening experience, Bad Dreams puts you in a maddening world that’s designed to test your puzzle-solving skills as well as your senses. “Tired after work, you are watching TV in your hotel room. Suddenly, you wake up on an idyllic beach. After a peaceful walk in the sand, you discover a bunker, a gateway to a dark underground network. The dream turns into a bad one when you realized you’re not alone,” explains the synopsis.

Creative VR3D wants to immersive players in the world with as many interactive elements as possible. While there will be standard items like guns that will have realistic mechanics and handling, there will be other moments where you have to hold your nose or cover your ears to protect your mental health. This will be a big part of the experience and if you don’t, then you’ll fall into the “Limbos”; nightmares within nightmares from which you have to escape.

While there will be action elements where you can fight these abominations, Bad Dreams is also about stealth, using a flashlight to steadily explore the underground network trying not to draw attention and stay alive. This is mixed in with environmental puzzles and a very limited inventory, two slots plus both your hands.

Currently, Creative VR3D is working towards a Fall 2021 launch for Bad Dreams, listing support for Oculus Quest, HTC Vive, SteamVR and PlayStation VR. The team also list PlayStation VR 2 on their website. Having already worked on the videogame for over a year the studio plans on launching a Kickstarter crowdfunding campaign on 13th July. Details of the campaign and how much it wishes to raise have not been made public just yet.

When those details are available including further updates for Bad Dreams, VRFocus will let you know.