Stardew is a fantastic game that defines its own genre. Here are five other genres/settings/games that deserve their own Stardew Valley treatments.

The art-style, the music, and the go-at-your-own-pace lifestyle of Stardew is the perfect way to end a day. You never have to worry about getting too amped-up, and just about your biggest worry is whether or not that guy down the street is into you or not (Alex? Sam? Shane? They all kinda blur together after awhile).

But what other genres could use the Stardew treatment? What other games could tone down the visuals to something a bit simpler, a bit more focused, while also being complemented by dulcet 8-bit tunes?

Witchbrook promises to bring Stardew Valley to a fantasy world a-la Harry Potter, so here are five other games that could stand to benefit from being Stardewed.

We’ll start off with a big one. Yes, Doom is about as far removed from Stardew Valley as you can get, but that’s my point. What other game could do with being a little more chill? Maybe instead of desperately fighting your way through hordes of demons in order to save yourself and then the whole world, you could just talk to them and try to figure out exactly what those demon hordes want?

Look, we all have goals and aspirations. We don’t have to fight over who gets to eat whomever else’s entrails. We can just talk it out, come to a consensus, and then live out our lives peacefully. Is that too much to ask?

Although, this Stardew Doom does beg a certain question: just which Demon would the Doomguy date? My money is on Pinkie, but you might have your own opinion. You’re wrong, but you do you. 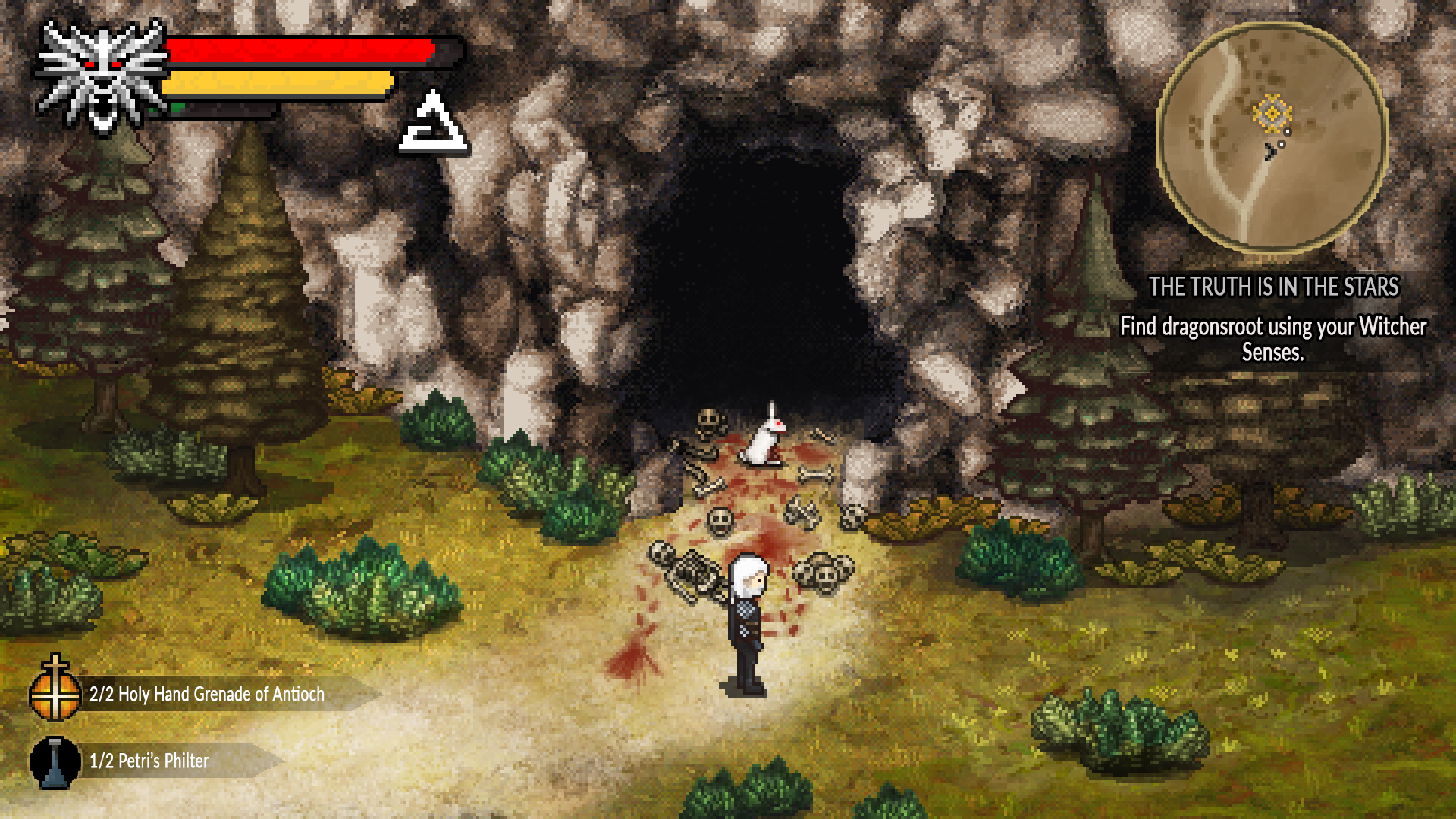 The Witcher is big right now, ever since the release of the new Netflix series. While the video games were a lot more action-focused, a Stardew-esque Witcher game might double-down on the investigative aspects of The Witcher series, becoming more of an adventure pixel game slash relationship simulator.

Obviously, the first guy you meet will be Dandelion (or Jaskier, in the parlance of the show) who will sing your deeds far and wide. Then after that, you travel from town to town taking on jobs, investigating murders, and then slaying beasts, demons, ghosts, and other cantankerous magical troublemakers.

Eventually, you’ll get to choose between several leading ladies, most of which have magical backgrounds. After all, who else but a mage could subdue Geralt’s raging, um, heart?

It’s been a while since we’ve seen a post-apocalyptic adventure game. Sure, there’s the Wasteland series, and the original Fallout games were also pixelated RPG adventures in the post-apocalyptic future, but what if we changed things to be a little less about wandering the wastes and trying to save humanity, and more about just trying to get by?

In Stardew Fallout, you are not the Vault Dweller tasked on saving the Vault, but instead, you are a survivor just trying to defend your Brahmin herd from Ghouls, Mutants, and a host of other murderous monsters that inhabit the nuke-scarred landscape. This game will be part farming simulator, part tower defense game as you create static defenses that will keep your farm safe.

Admittedly, there won’t be much opportunity for relationship building given how sparsely populated the post-apocalyptic world is, but maybe one day some raiding part will drop by and that nice gang leader will really catch your eye. Love blooms in strange places out here in the wastes.

Y’know, maybe if Star Citizen wasn’t so concerned with having the best graphics and sound it might actually release an open beta. If any game desperately needed the Stardew Treatment, Star Citizen is it.

As with any space sci-fi MMO, space travel is going to be a core element of this game. That’s why instead of a farm, you’ve got a spaceship. Instead of farming vegetables and fishing, you perform contracts for the various governments and corporations of the galaxy. The universe is your playground, full of infinite possibilities.

You could argue that Starbound is already the space MMO that was given the Stardew treatment. And you’d be right. But to me, if the universe truly is infinite, then we can have an infinite number of space MMOs.

Pokémon started out as a pixelated RPG, and that’s how it’ll end. Once we give Pokémon the Stardew treatment, the game becomes less about leaving home to become the Pokémon League Champion, and more about making your own Pokémon homestead.

Maybe you’re a farmer, maybe you’re a Pokémon breeder, or maybe you’re a bed & breakfast for wandering Pokémon trainers. Whatever role you choose, you’re bound to your job and the only way to complete your Pokédex is to create an establishment so attractive that trainers far and wide can’t help but bring their Pokémon to your attention.

Pokémon is already a very chill genre. This version of Pokémon is ultra-chill. You have no aspirations other than being the best you can be at whatever job you choose, meeting interest future League Champions along the way. Maybe one day you’ll marry one of those ambitious go-getters. Or maybe you’ll choose to stay at home with your Snorlax. It’s up to you.

Demon's Souls Is A PlayStation 5 Launch Title, Is Not Coming To PC After All