Over the past few months in particular, the word banned has become common in gaming headlines. While many bans are related to content creators, game companies and even governments have also jumped on the banning bandwagon.

Often gaming bans are justified. We can get behind the bans for smurfing, piggy-backing and outright cheating. However, some of these gaming sanctions are downright crazy. From punishments related to political views to banning entire games in a country, here are 5 of the most bogus game bans we’ve seen.

Bethesda Bans The Only People Who Actually Play Fallout 76

Bethesda has had a rough ride with the deployment of Fallout 76. There have been so many issues with the game that I could fill this article just by listing them. From the less than stellar reviews and the collector’s edition bag saga, through to the major personal data leak, the issues were already racking up even before the disaster that is Fallout First. 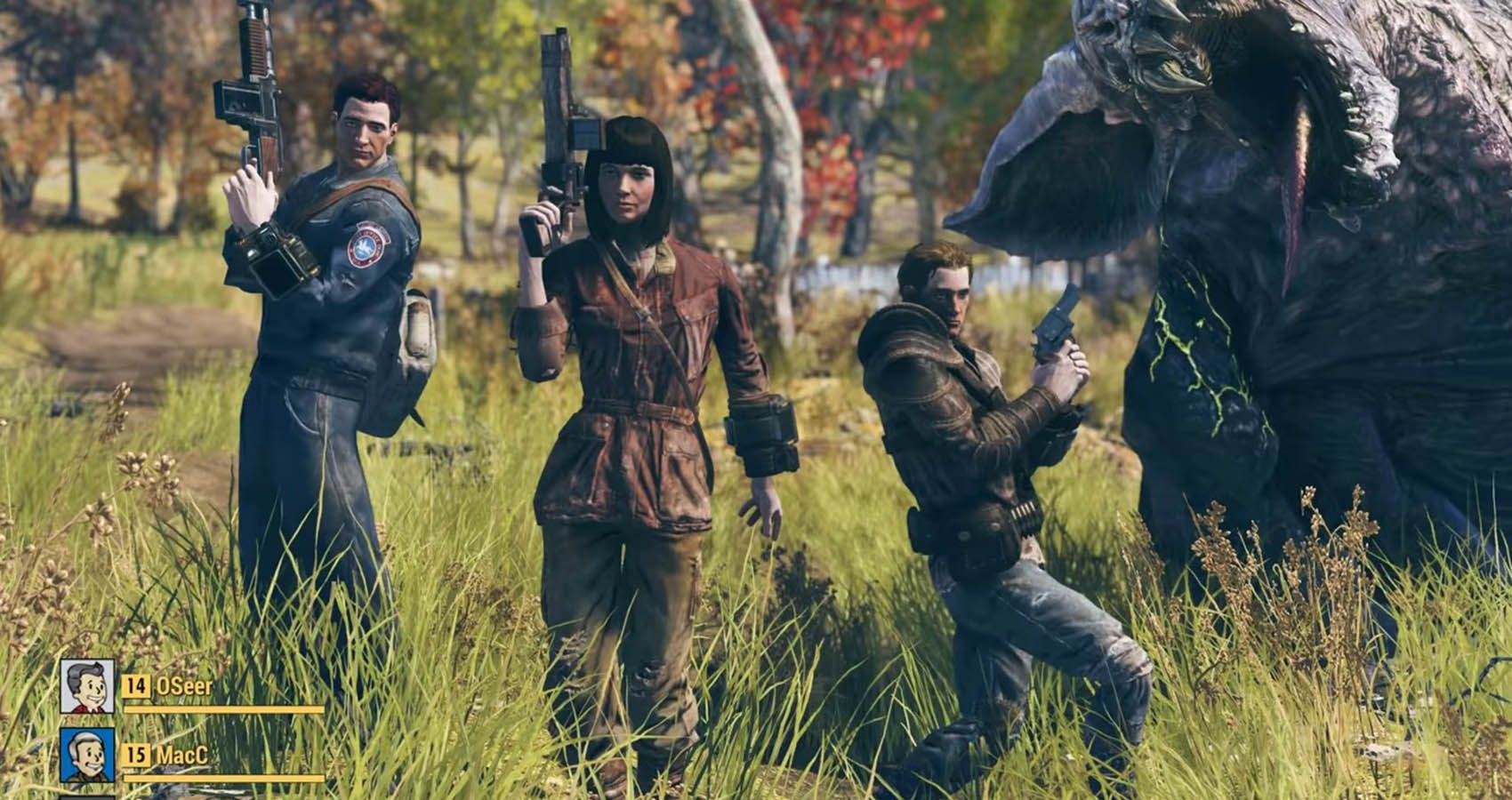 Still, surely they are supportive of those still playing the game, right? Wrong. For those brave adventurers still fighting the numerous bugs, Bethesda has handed out a couple of bans we still can’t get our heads around.

The most random ban was the player who seemingly got banned due to being too good at the game. It appears that he had an item that reduced his inventory weight so he went on a bullet collecting spree. When this was combined with him logging between characters to swap items around Bethesda thought he was cheating.

We guess it didn’t occur to them that anyone would acquire so much ammo simply from logging a whopping 900 hours of playtime.

The other ban which angered players was that of Jaret Burkett, who most players know as the person behind Map 76. He was one of a group of players banned after combing through the data files, trying to find and report issues in an effort to get them fixed faster. He maintains he was trying to help but Bethesda doesn’t see it that way. 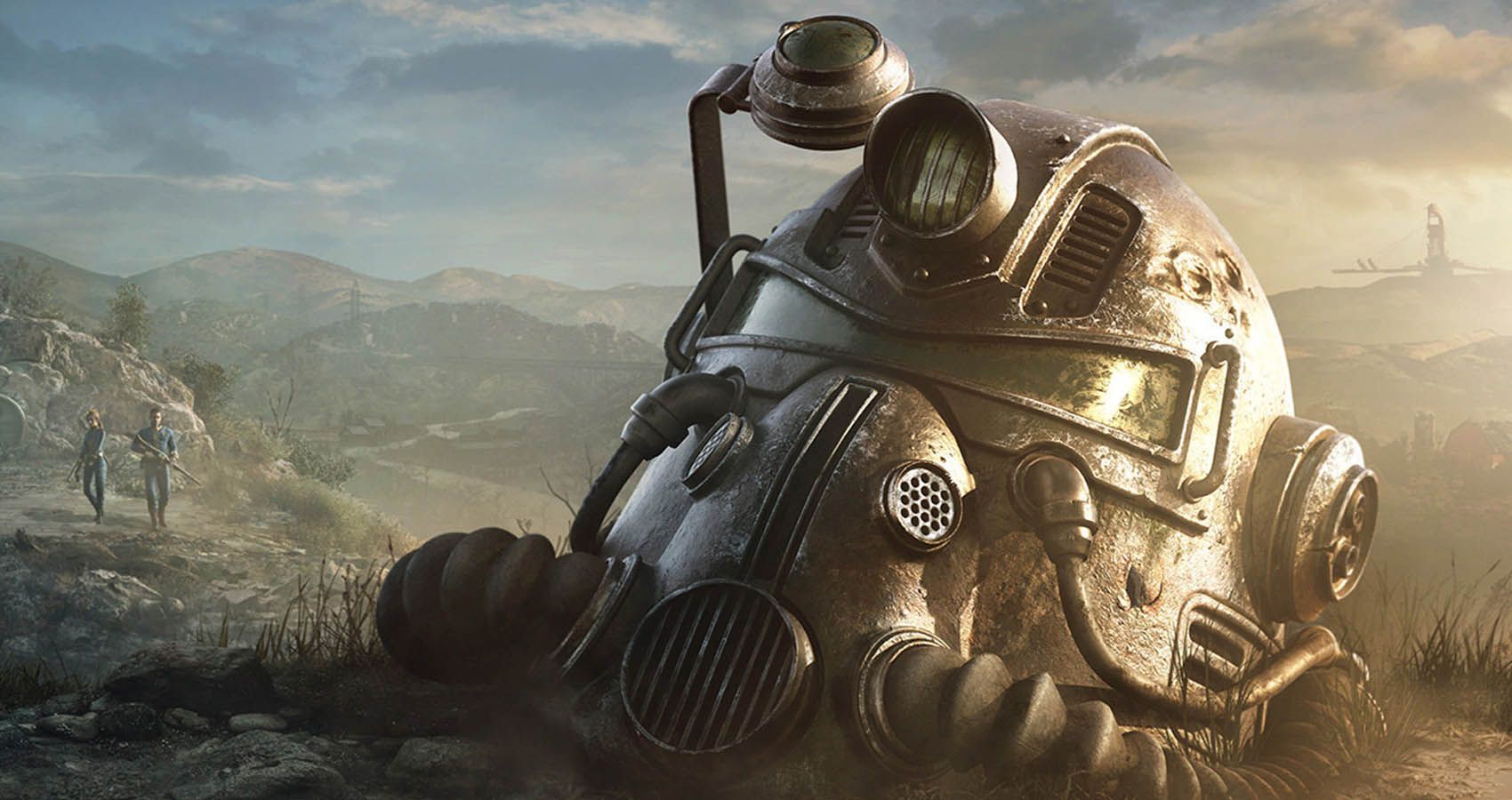 Bethesda has released a statement saying that “There have been cases where players have used third-party software to take advantage of an exploit usually in excess of hundreds of times.” However, Burkett maintains that his communication with the company surrounding his specific circumstances is limited at best and his ban is still in place.

Ninja Banned From Apex Legends After Presenting Them With An Award

In a spectacularly ironic moment, streaming giant Ninja tried to log into Apex Legends while live to discover that he had been banned from the game. 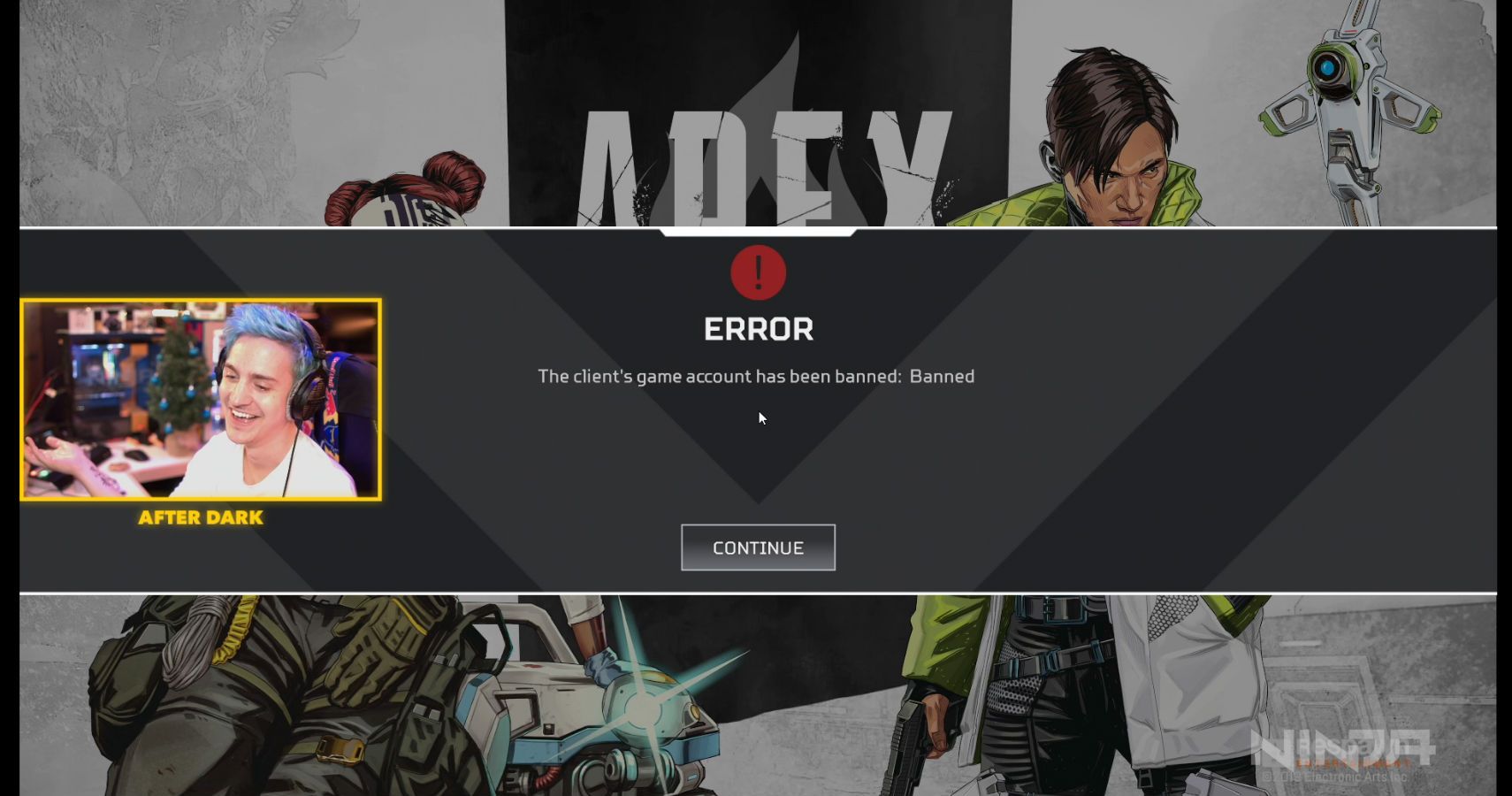 After deciding he wanted a change he jumped into the game, which he had presented a Best Multiplayer Game award to just days earlier at The Game Awards. After logging in he discovered the ban, forcing a switch to Dead By Daylight.

PREVIOUSLY: Ninja Has Been Banned From Apex Legends, And No One Knows Why

Neither Ninja nor Respawn has acknowledged the issue since but after reaching out on Twitter Ninja was told to “check his DMs” so we assume the bizarre ban has been lifted.

Blizzard Bans Everyone From Everything

Blizzard’s Hearthstone sounds like it should be the least controversial title on the company’s roster but this year, thanks to some politics, it is knee-deep in an ongoing controversy that has seen bans galore handed out. 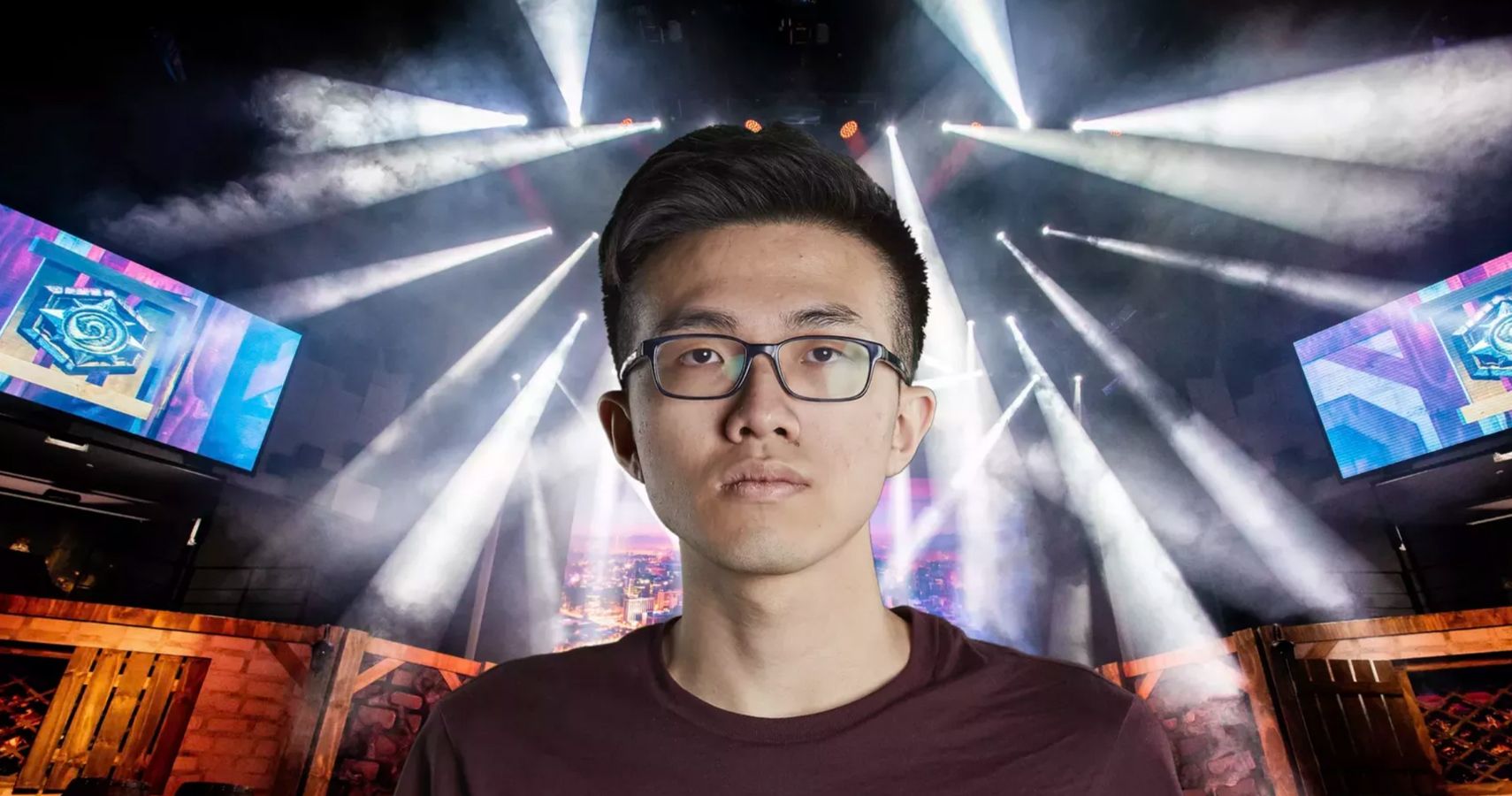 It all started when Chung “Blitzchung” Ng Wai had his competition winnings stripped and was slapped with a one year ban from competitive play after making a political statement about Hong Kong. The two casters who were interviewing him also faced harsh punishments, despite not making political statements themselves.

The reaction was so swift and extreme even Jeff Kaplan spoke out against it and Reddit started a movement to #BoycottBlizzard. Amid the chaos, it was also discovered that Hearthstone forum users speaking out have been slapped with 1000 year bans. Ouch!

We’d love to say it ended there but Blizzard’s president, despite apologizing, still stands by the decision.

Australia Refuses Classification To “Immoral” Games That Have Previously Been Classified

August was a hot month for game bans in Australia. First up was zombie survival Day-Z which was refused classification on the grounds of “morality” which is speculated to be due to the presence of weed. 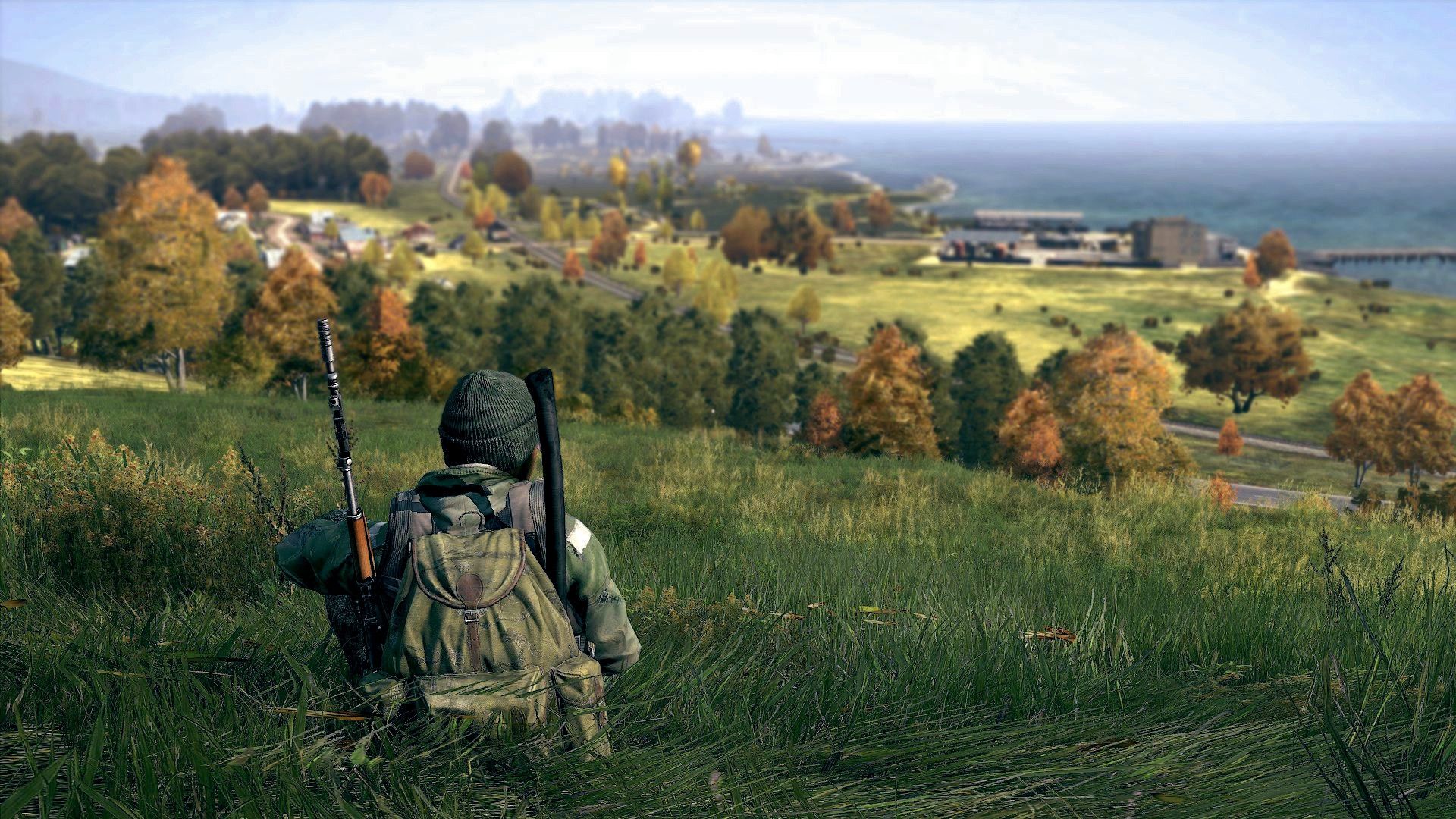 The most baffling part is that the game had previously been classified for release, just with a different publisher, (although it appears these records have since been removed) The whole situation has left even the countries politicians confused.

DayZ wasn’t the only game to fall foul of a random ruling either. Kingdom Come Deliverance has also found itself being refused a classification for its ‘Royal Edition’ which combines the original and DLC into one game, despite the title previously being classified with no issues back in 2017.

Back in March of last year, Indian districts of Rajkot, Bhavnagar, and Gir Somnath all banned PUBG Mobile after a public outcry citing concerns for children’s welfare. The move came due to fears of addiction, violence and antisocial behavior. 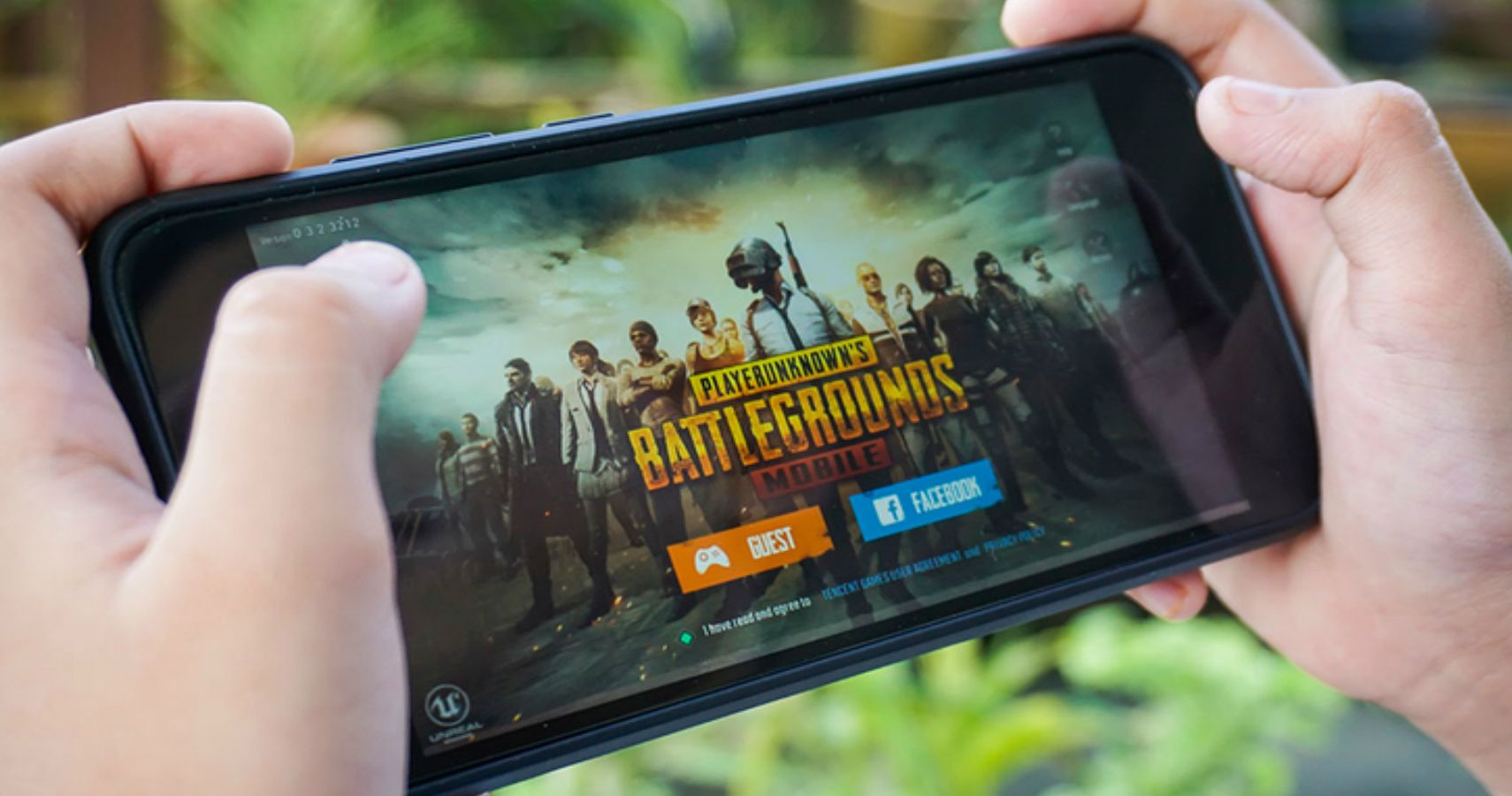 To the best of our knowledge, these bans remain in place, with some players reportedly being arrested for playing the game shortly after the ban went into effect. Since then further developments have included Bhutan also making moves to ban PUBG.

However, this hasn’t seemed to stop the mighty juggernaut that is PUBG Mobile, with the game recently surpassing a record-breaking $1 billion in revenue.