It’s happened to everyone at some point. You’re playing through a great game and having the time of your life when suddenly, something goes horribly awry. Maybe your save data disappears, or you fall through the world, or an in-game event that’s supposed to happen never triggers. Suddenly, your fun has been halted by a game-breaking bug, turning the good time you were just having into a total nightmare.

Sadly, game testing and quality assurance can only go so far. A lot of glitches that completely destroy your progress sometimes slip through the cracks. In the days before day one patches, that could mean that the title you just spent 60 bucks on is busted forever. Here are some of the worst game-breaking bugs that made us want to throw a temper tantrum. 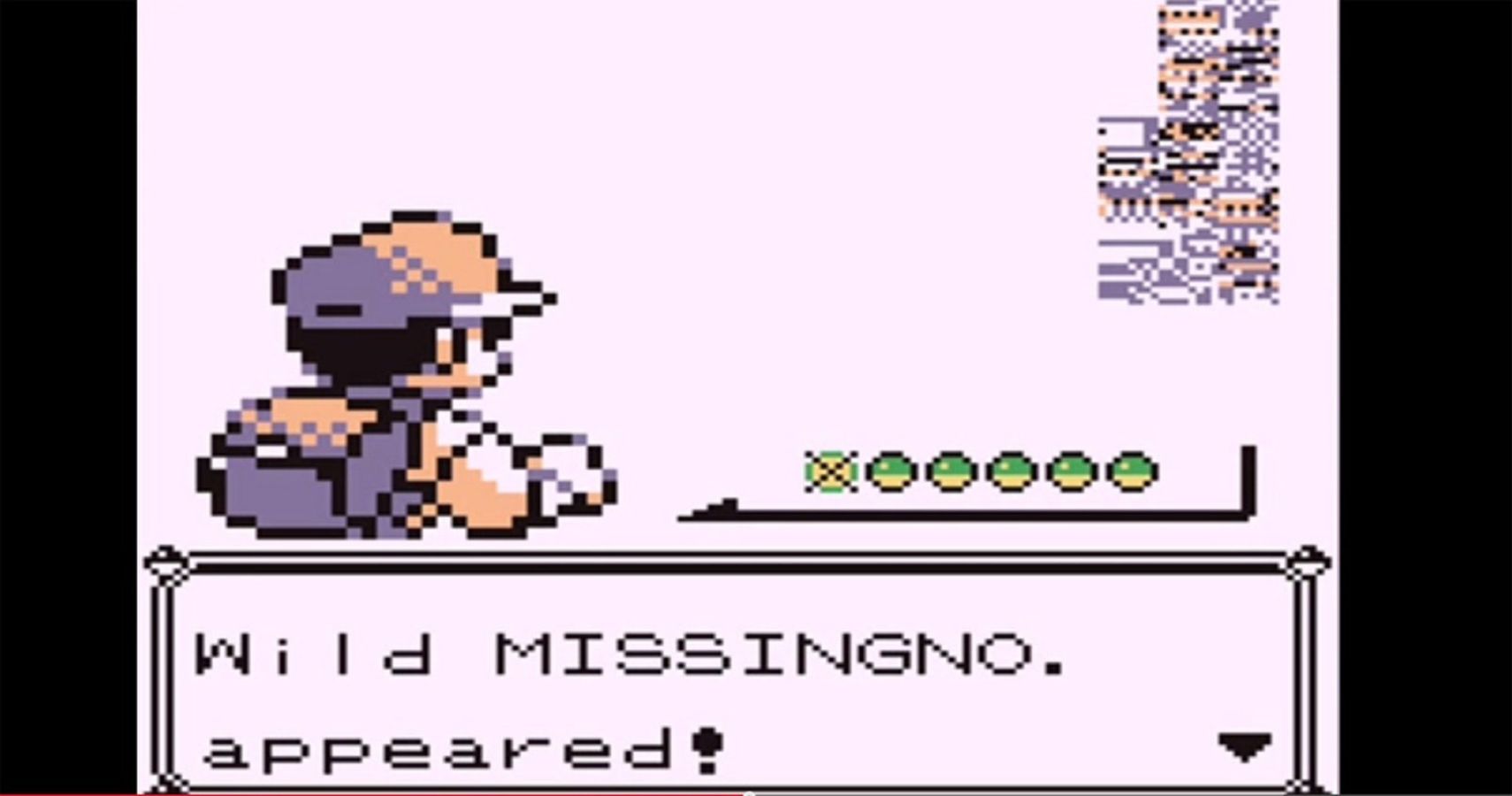 Pokèmon Red & Blue hold a special place in the hearts of many Pokèmon fans, as they were the games that introduced the world to Pikachu and Snorlax. But as iconic as these titles are, they’re also responsible for perhaps the most famous game-breaking glitch of all time: MissingNo. Looking like a Tetromino from hell, MissingNo. is by no means an official Pokèmon. It’s a glitch in the game’s code that can be discovered by talking to an old man and flying to Cinnabar Island.

The problem with MissingNo. is that every Pokèmon player has been taught one core rule to abide by: You gotta catch ’em all. However, catching this glitch in a Pokeball is a disastrous idea. While initially, it’ll seem great to have around since it allows the sixth item in your backpack to be multiplied (hello 100 Master Balls) it can actually completely corrupt your data and scramble the game’s graphics. Nintendo says you might be able to fix the problem by releasing it, but if that doesn’t work, then you’ll have to start the game all over from scratch. If you run into this critter, maybe just leave it in the tall grass. 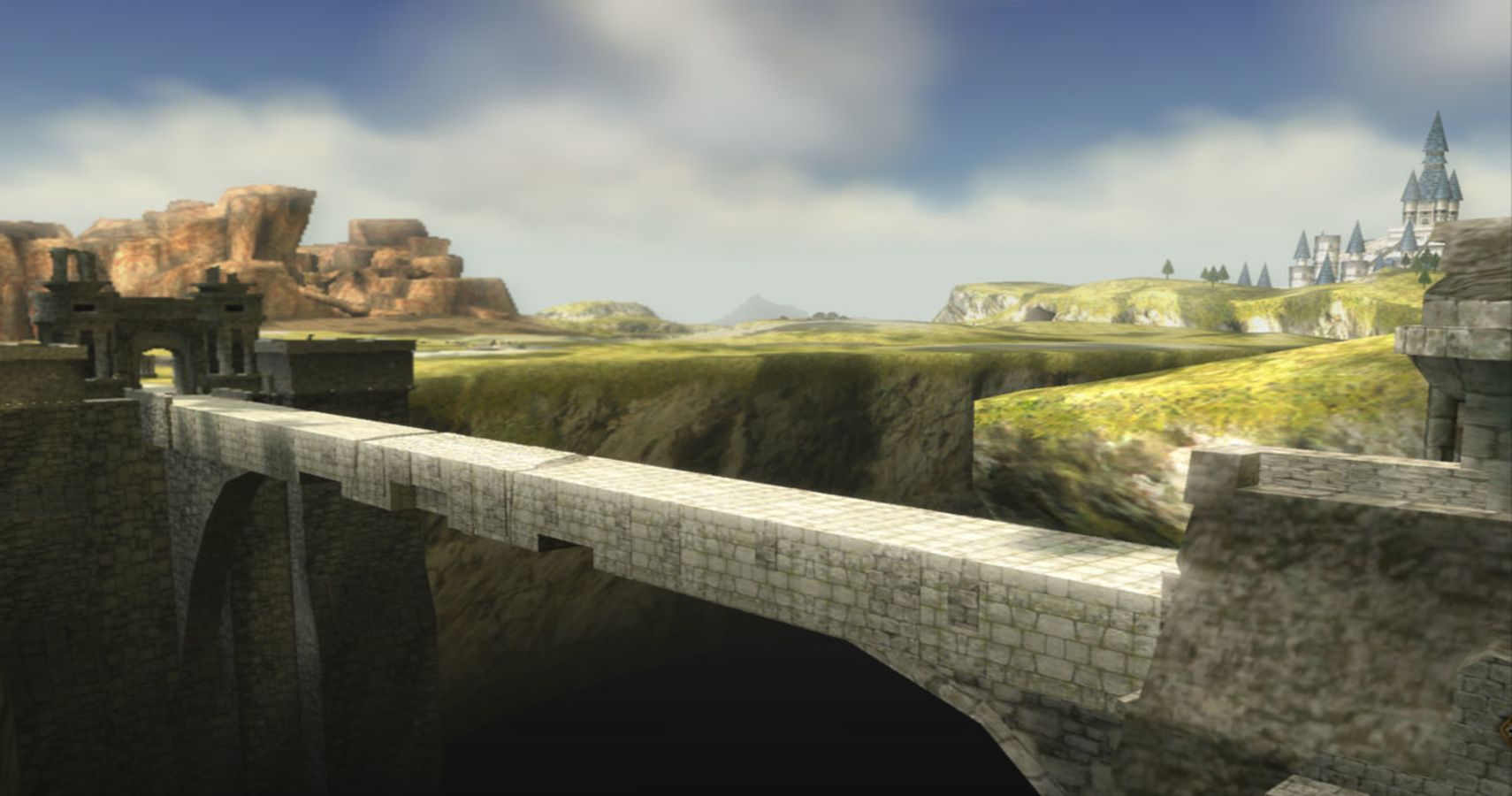 People typically remember The Legend Of Zelda: Twilight Princess as the one where Link turns into a wolf, making it a favorite for Deviantart users everywhere. However, it also has a rather well-known bug that ends the quest much sooner than intended.

After completing the Goron Mines, you’ll cross the Bridge Of Eldin which will get destroyed once you reach the other side. From there, you’re supposed to head to the Twilight Realm, but if you have some errands to run, you might decide to save and quit at that point. However, once you load back in you’ll discover that Link is on the south side of the ruined bridge with no way to cross. This effectively ends the hero’s journey, which is kind of embarrassing for Link. In fact, it seems like all Ganon needs to do to succeed is just hire construction crews to put up closed road signs everywhere. He’d be unstoppable.

It seems odd that some of the most disastrous bugs in history all occur in Nintendo games. Granted, some of these are extremely specific and you have to go out of your way to find them, but they can have some pretty horrific side effects. Case in point, the Donkey Kong Country 2 Castle Crush glitch.

To see this glitch, you start the level as Diddy and pick up the first DK barrel. Move as far to the left of the screen as you can, put the barrel down on the moving floor and quickly pick it back up. If Diddy looks like he’s holding an invisible barrel, then congratulations, you might have just destroyed your game.

You see, this bug doesn’t just ruin your save file, it could literally break your cartridge. It’ll cause the game to freak out, and if you enter the Rambi barrel in the stage, your character will appear to be a glitched-out sprite. You’ll then be unable to beat the level, your save data may be erased or corrupted, and in the worst-case scenario, the entire ROM may be irreparably damaged, making it so you can never play the game again. This can even happen if you’re playing the game on an emulator. Now that’s the literal definition of a game-breaking bug. 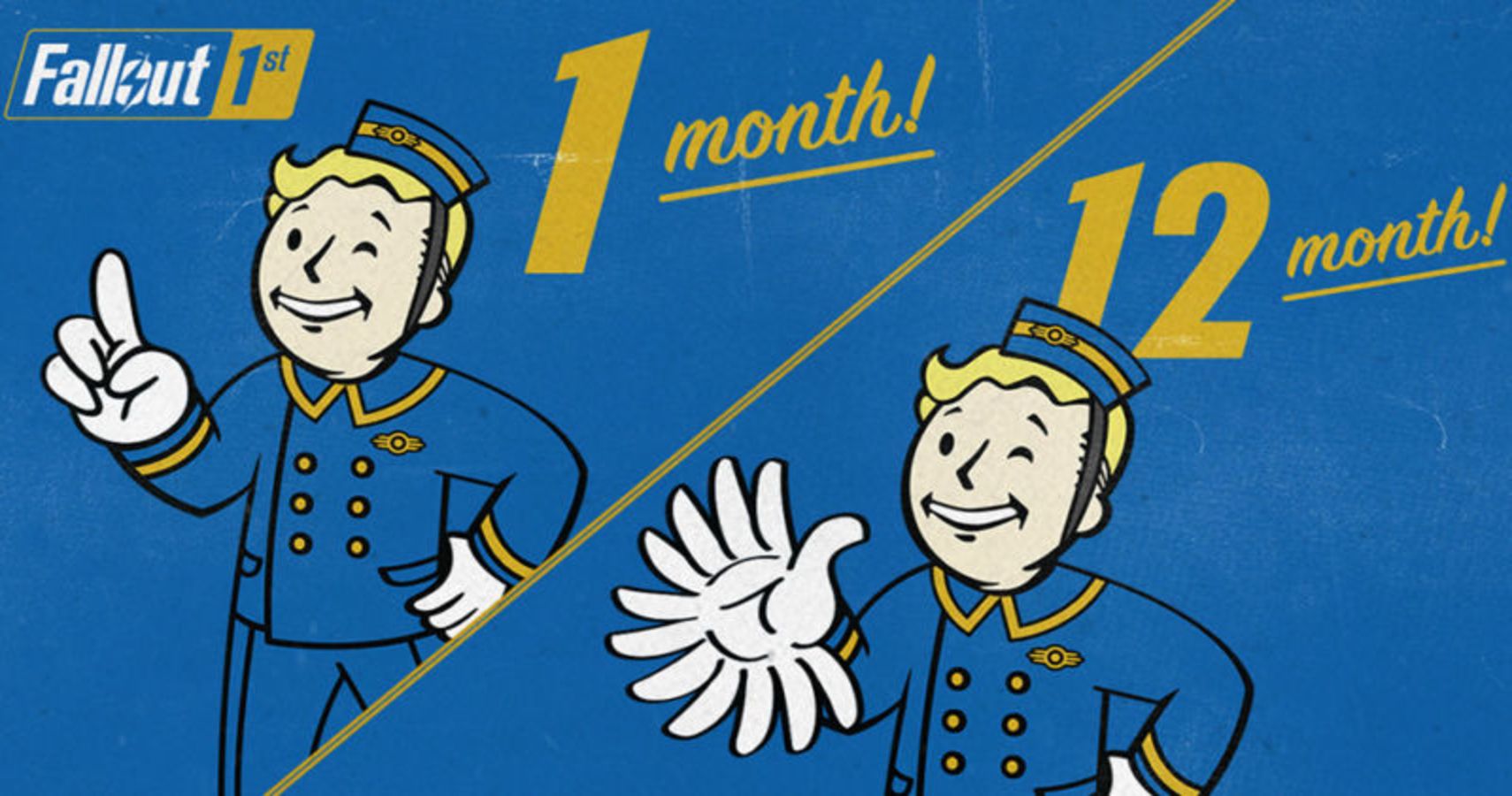 Oh Bethesda. While the company has developed some amazing games over the years, they’ve also gained a reputation for releasing titles that are crawling with bugs. Some of these are relatively harmless – like Doc Mitchell’s head rotating like The Exorcist in New Vegas – while others are much more serious. The best example of a Bethesda game’s broken nature is undeniably Fallout 76. We could create an entire list going through every single mind-blowing bug available in this pathetic online game, but the most egregious one is also the most expensive.

You see, Bethesda, in their infinite wisdom and hubris, decided to add a paid subscription service to Fallout 76. Called Fallout 1st, it was supposed to give paying players certain perks. These included private servers – which ended up being not so private – and a storage container that holds an unlimited amount of crafting materials. Or that’s what it was supposed to do. Instead, all the crafting materials placed into this box magically disappeared. This means that by spending many real-world dollars, you just lost junk you spent many real-world hours collecting. At least this should teach players a lesson about ever giving Bethesda money again. 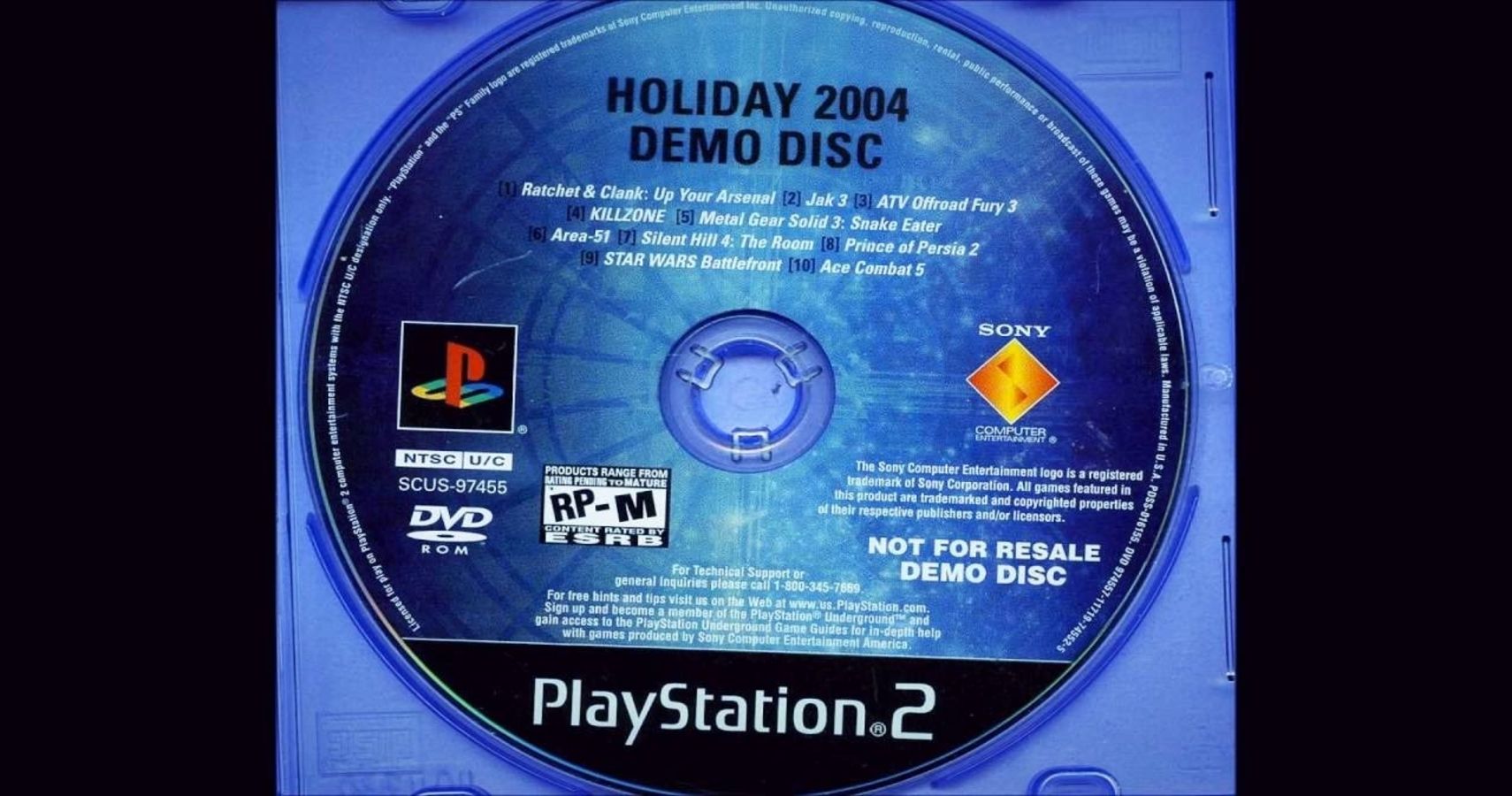 When it comes to game-breaking bugs, this is likely the granddaddy of them all. Every other glitch on this list will, at worst, only damage the game you’re playing. But this particular little mistake will cost you all the save data on your PS2 memory card. That’s right, every file, from Final Fantasy 10 to Devil May Cry, gone in an instant.

The disc was supposed to be a treat sent out to members of the Playstation Underground. It included a first look at many upcoming titles, one of which was Viewtiful Joe 2. If you were excited to get a taste of the sequel to Capcom’s stylish beat ’em up, you were rewarded with your memory card getting completely wiped. If that wasn’t bad enough, all Sony had to offer as a make-good for this disaster was a “sincere” apology and a recommendation to remove your memory card before playing the disc. Something tells us that many people stopped hanging around the Underground after losing all their saves from SSX Tricky.

These are just a few of the worst bugs that completely ruined some of our favorite games. We’d like to think that as time has passed developers have gotten better about making sure these types of errors aren’t present in the products they ship. Unfortunately, that doesn’t seem to be the case.