As a wise Jedi master once said, “there’s always a bigger fish.”

Fans who have devoured every piece of Star Wars lore are familiar with the Inquisitors by now. But those who haven’t caught up on the novels, comics, and most importantly the Star Wars: Rebels animated series, might be a little confused when these lightsaber-wielding enemies first appear in the new Star Wars game. Who are the Inquisitors?

To help you understand Fallen Order’s most dangerous foes, we’ve traced a line through Star Wars history to chart the past and present of these expanded universe characters.

Who are the Imperial Inquisitors?

During the stretch between Revenge of the Sith and A New Hope, the Inquisitors are a specific unit of Imperial soldiers that work under Darth Vader. Each of them is Force sensitive, and most use a lightsaber. They’re tragic figures; each one is a former Jedi who defected from the resistance and chose to join the Empire.

By selecting former Jedi, Vader avoided the need to directly mentor his new Force-using death squad. Vader likely does this in part so that he doesn’t violate the Sith rule of two, which stipulates that there must always be two Sith a master and an apprentice. Therefore, if you want an army of Force users that run around with lightsabers, they’ve got to be Inquisitors instead of actual Sith.

What do the Inquisitors do?

You can think of the Inquisitors like a small missions task force. They may go on missions to help put down rebellions, or quash local squabbles. They’re more like the violent cousin to the Jedi who served the Republic as peacekeepers. Sometimes they’re glorified tax collectors. But their chief purpose is to hunt Jedi.

With their recent past as Jedi themselves giving them insight, Inquisitors hunt down the remaining Jedi that slipped through the cracks of Order 66. As Darth Vader himself notes in the first episode of Star Wars: Rebels, the Inquisitors focus their efforts on “Children of the Force,” the next generation of Force users that could pose a threat to the Empire. 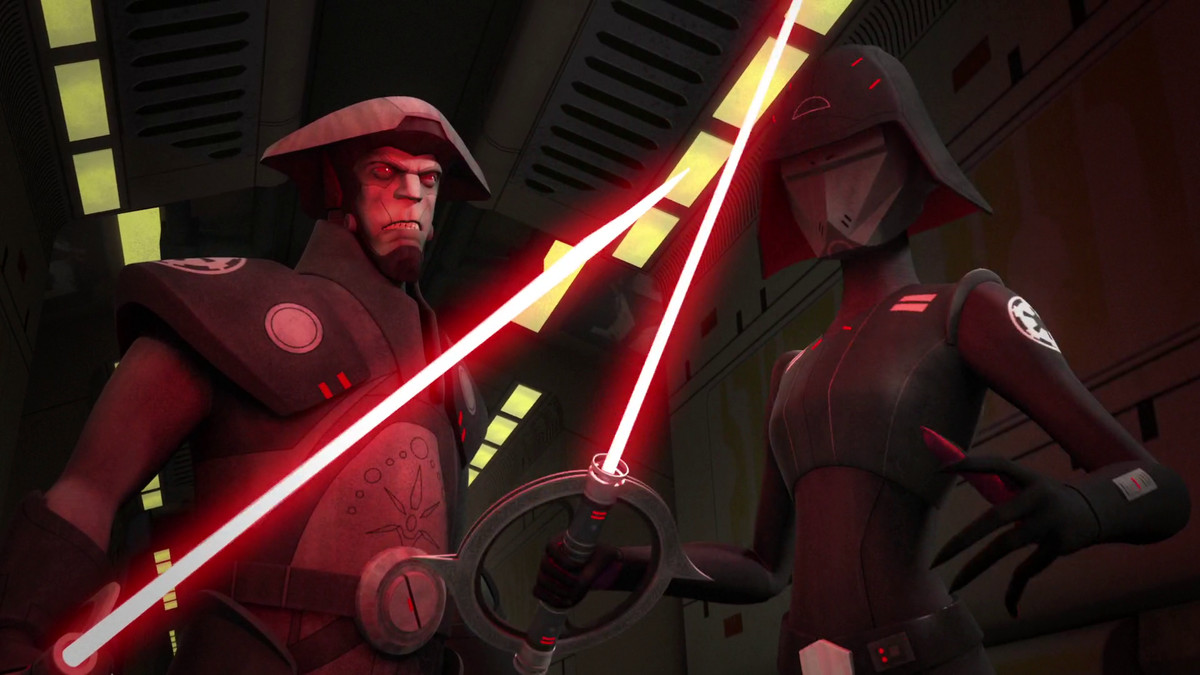 The Fifth Brother and the Seventh Sister from Star Wars: Rebels
Lucasfilm

Which Inquisitors have we seen before?

The most we see of the Inquisitors in official canon is in the Darth Vader: Dark Lord of the Sith comic series, where they frequently accompany the Sith lord on his various missions around the galaxy. But the version of Inquisitors that’s most like Fallen Order comes from Star Wars: Rebels. In Rebels, the Fifth Brother and the Seventh Sister pursue the show’s band of heroes across the galaxy. In the second season episode, “Always Two There Are,” we get to see these two Inquisitors and their impressive skills in action as they chase down Ezra and his friends.

What are the Inquisitors doing in Jedi: Fallen Order

Hunting mostly. Without giving too much away, other than the game’s premise, I can say that it takes place in the time after the fall of the Republic. The protagonist, Cal Kestis, is a Jedi living in the time after the Empire’s rise, which means that Inquisitors are a daily threat. And one day they catch up to him while on the hunt for surviving Jedi.