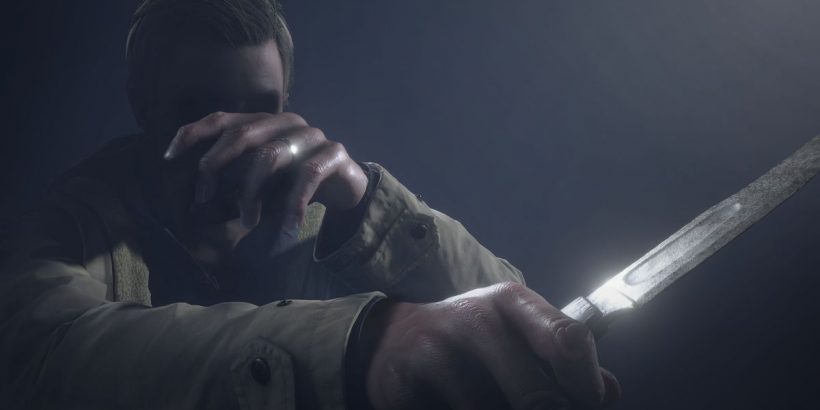 Resident Evil 7 biohazard was a pivotal moment for Capcom’s survival horror franchise, shifting the series’ perspective from third-person to first-person. Resident Evil 7 committed to that perspective; players saw the events of the game through protagonist Ethan Winters’ eyes at (almost) all times, meaning we never got a look at our hero’s face.

Capcom leaned hard into the obscuring Ethan’s face from players, keeping his eyes hidden in shadow even for Resident Evil Village. While getting an official look at Ethan isn’t easy, fans and modders have plucked his character model from the two recent Resident Evil games, giving players visibility into what the man-behind-the-tortured-hands looks like.

That’s why you may have seen Ethan Winters’ face, in spectacular detail, in what was widely assumed to be an official render of the Resident Evil 7 and Village character, on social media this week.

That artwork, however, is fan-made … to a degree. It was created by DeviantArt user DemonLeon3D. You can see his renders of Ethan on his DA profile, where he gives credit to another artist, xKamillox (aka xxkammyxx), for the model used in the artwork seen above. It’s semi-official, in a sense, because the Ethan model published by xKamillox was extracted straight from Resident Evil 7 and published on DeviantArt (and uploaded to Mega) in 2017.

Speaking with xKamillox, an artist based in Poland, over Twitter, he says the character model he extracted and uploaded from RE7 wasn’t edited. He noted that Capcom used the same face model for Ethan in Resident Evil Village — which another artist, Flvck0, has already pulled from the game’s files and uploaded for other artists to use.

Image: Capcom via Flvck0 on DeviantArt

Other modders and artists have also made Ethan Winters’ unusually mysterious face easily visible in the Windows PC version of the game. Resident Evil Village includes a character model viewer, and though Ethan’s face is obscured by default, a mod called Ethan Winters Restored makes his full face visible.

Ethan Winters face enthusiasts have known for years what the character’s face really looks like — and whom it’s based on. The credits of Resident Evil 7 name the real-life model responsible for Ethan’s look, a man named Yaya Chamki. Otherwise known as Ryan C., he’s a Tunisian model represented by Japanese modeling agency Acqua.