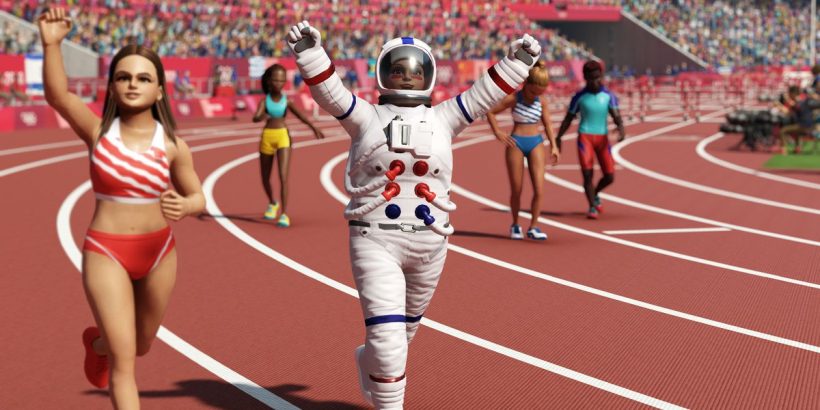 If nothing else, the Tokyo 2020 Olympic Games happened as a video game. There’s still considerable COVID-19 concern within Japan and calls to cancel the previously delayed Summer Games, but Sega’s official adaptation has still gone forward, and is coming to western consoles on June 22.

Olympic Games Tokyo 2020 — The Official Video Game actually launched in Japan in 2019 for Nintendo Switch, PlayStation 4, Windows PC, and Xbox One. Its worldwide launch is for the same platforms, with the PC version available via Steam and Google Stadia.

This is the first traditional (i.e. not cartoony) Olympics video game since London 2012 for PlayStation 3, Windows PC, and Xbox 360, also developed and published by Sega. Olympic Games Tokyo 2020 does have an element of zaniness, though, in the form of an avatar creation suite letting players compete in “traditional country kits to more imaginative outfits, like pirate and astronaut costumes.”

Players who managed to pick up a demo in the summer of 2019 saw a game in which sumo wrestlers raced against Japanese schoolgirls in the 100-meter dash, creating for some nervous coughing and collar-tugging screenshots.

It’s unknown if those particular outfits survived for the western release. But with licensed Olympics video games not doing much better than you’d expect a non-Mario party game ensemble doing, Sega’s developers had to try something to get folks interested, and strange costumes appear to be what they’ve settled on.

Eighteen events are represented in Olympic Games Tokyo 2020. They are: