But one of those ships should definitely not be added to the game because it is gross and it makes me extremely uncomfortable.

Players can decide which of the four proposed ships should make it into the game by voting in Granzella’s Twitter poll. That poll will run through Oct. 17, and players can choose from the following ships (descriptions of each are from Granzella). 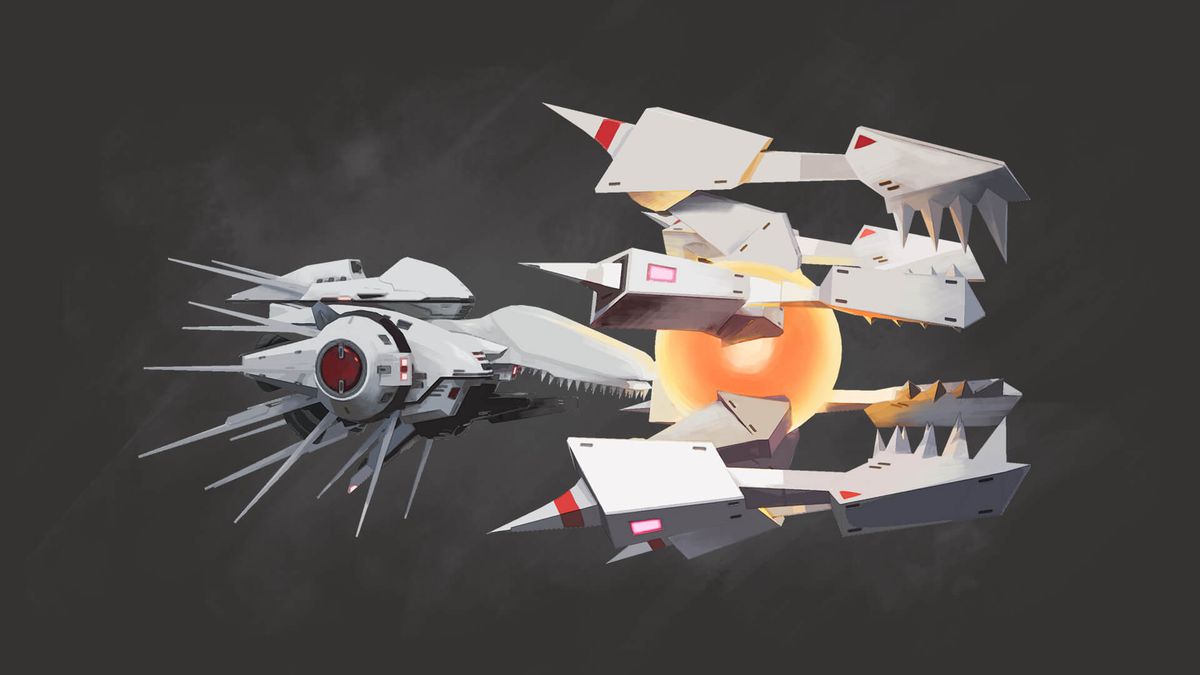 R-104 WHITE REQUIEM is the enhanced model of the ultimate fighter R-99 LAST DANCER. When a Wave Cannon is charged, the aircraft itself goes out of control, and the attack power of all weapons equipped with it increases for a certain period of time. The cockpit is completely sealed, and no one has heard anything about this fighter’s pilot.

This is a cool looking ship. It also has an air of mystery about it. I would gladly accept this ship as an option in R-Type Final 2 and would appreciate if you would vote for it. 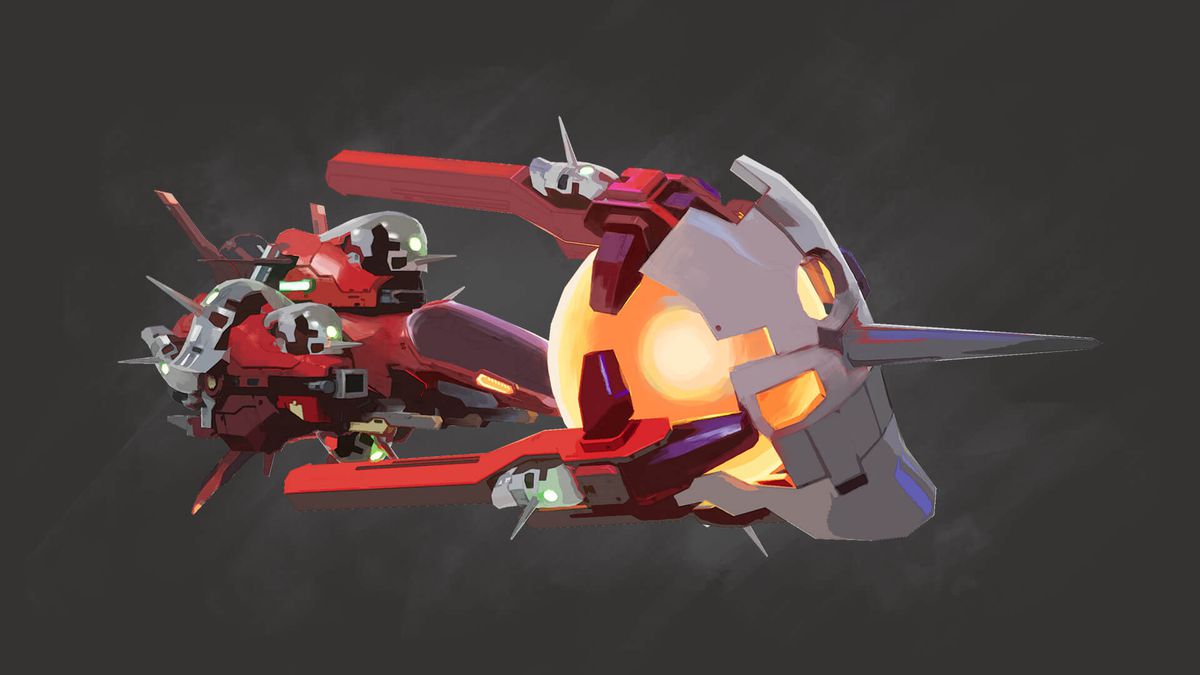 R-9uso800 APRIL FOOLS is the only aircraft that utilizes the Kikai Machine Force, which was developed by incorporating the technology of the super-machine civilization that occurred in the central region of the galaxy. They say that the Kikai Machine Force acts autonomously when it is separated, and it has a function to induce a malfunction to the enemy by showing disillusionment to them. R-9uso800 APRIL FOOLS is equipped with the Ending Wave Cannon that shows the staff credit upon firing after 7 Loop charges.

This ship also rules. It’s a nod to Granzella’s announcement of R-Type Final 2 on April Fools’ Day and the Ending Wave Cannon sounds hilarious. This is a good option that you should consider voting for. 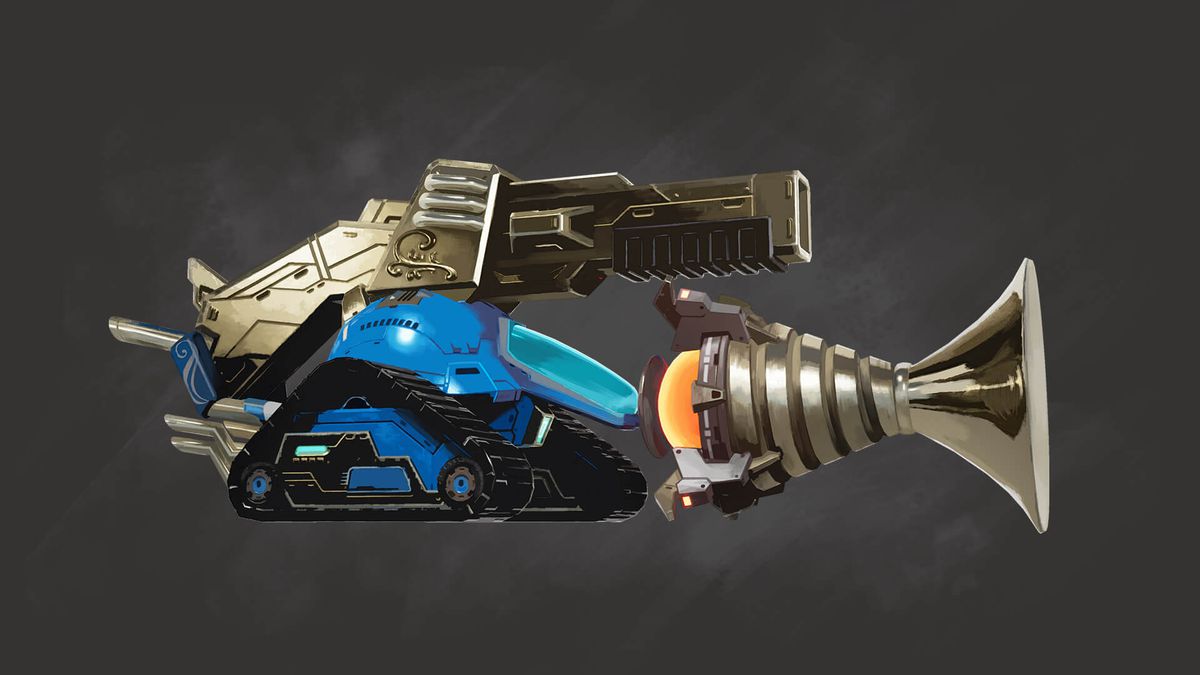 TW-3B BLUE SYMPHONIES is a tank offshoot of the ground-based attach vehicle, TW-2 KIWI BERRY. The cannon on its head requires 7 Loop charges, but it has the most destructive power among all the aircraft participating in this mission. It is equipped with a variety of powerful weapons, including antiaircraft missiles and Rainbow machine guns. From the tip of the Force, heroic music roars and which has the effect of encouraging allies.

This ship is OK. It’s an odd mix of a tank plus a gun plus a horn. I’m neutral on it, actually, but if you want to vote for it, please, be my guest.

But I implore you not to vote for the following ship. 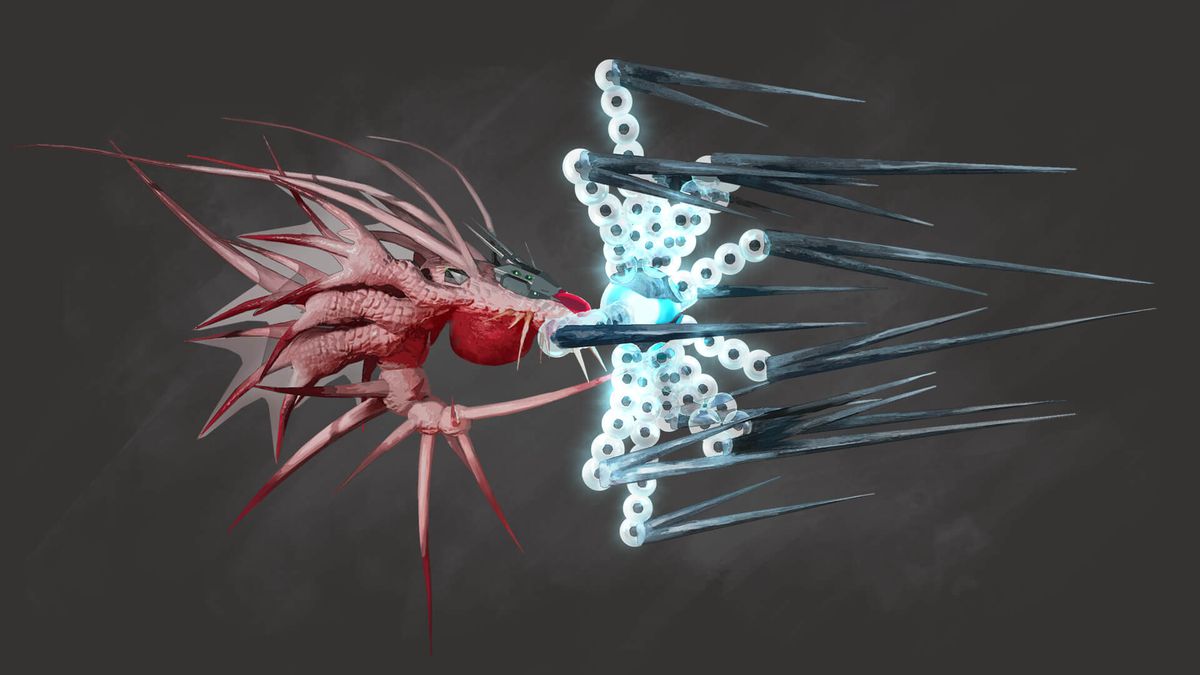 BX-1CX UROBOROS grew out of the Bydo-type B-1C3 Amphibian III that gained mighty energy. When a Wave Cannon is charged at a maximum level, BX-1CX UROBOROS generates optical camouflage on the aircraft and the surface of the Force to neutralize the attack of the tracking system.When the Dose system reaches 100％, the Force will be split into up to three to build up an impregnable defense mechanism.

I hate everything about this. It looks like a fleshy house centipede armed with glowing egg sacs that would probably vibrate in-game and there are horrible black thorns protruding from the egg clusters. The design of this ship is offensive to my values and if you vote for this ship in the poll I will consider it a personal insult. I hope that you will respect my wishes on this matter. Thank you in advance.

As of publish time, the White Requiem is currently leading Granzella’s poll with 35 percent of the vote. Let’s all hope it wins.

R-Type Final 2 is in development for Nintendo Switch, PlayStation 4, Windows PC, and Xbox One. It is expected to be released in December 2020. For more on R-Type Final 2 and developer Granzella, read Polygon’s interview with founder Kazuma Kujo.