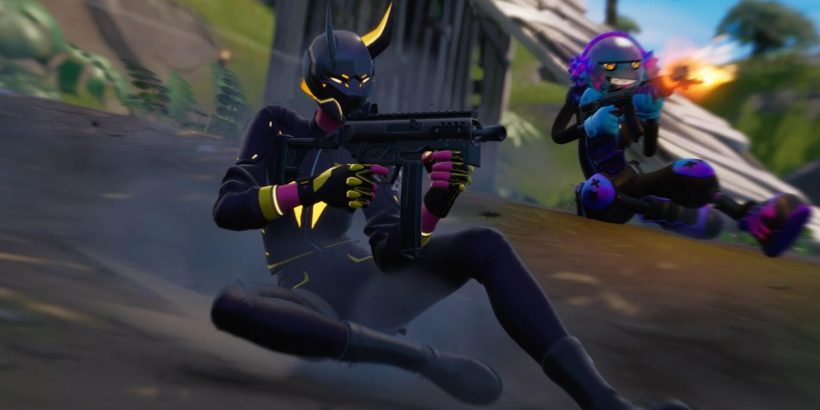 Fortnite is like a snowball. It’s a game that just keeps rolling and growing, picking up everything in its path. That’s the best comparison that I can think of with the recent launch of Chapter 3 of the long-running battle royale. With this new Chapter comes new upgrades to an already winning game system that once differentiated itself with its structure-building mechanic. The new addition is all about movement.

Fortnite is prone to picking up inspiration here and there, which may even take the form of an Among Us rip-off game mode. This time, however, the influence seems to come from more movement-based shooters, specifically fellow battle royale Apex Legends. Fortnite has now integrated a momentum-based slide mechanic to its arsenal, and it’s kind of a big deal, especially if you’re in the competitive crowd.

The slide operates according to your character’s momentum. If you’re going down a hill or you’re moving at high speeds from gliding downwards, then you’ll gain a huge boost. This mechanic actually has tons of applications already discovered in high-level play. Fortnite streamer and content creator Billy Bicep shared this piece of slide tech: As you can see in his clip below, he’s able to exit his car with a well-timed immediate slide, then shoot, get back in the car, and keep moving.

The slide is an extremely useful tool, especially with this new season seeming to be so movement and vehicle-oriented. It makes seat-switching to shoot while solo-riding in a car a thing of the past, due to the speed loss being irrelevant with the car slide tech. The slide also has another built-in advantage: once you enter the slide animation, you can near-instantly snap aim to a target.

The slide’s presence can be felt during build fights and smaller build skirmishes as well. Billy Bicep showed off a way to push your advantage when you’re stuck in a left-hand peek situation, which ordinarily would force you to fight with a shorter sight (due to the left viewpoint being smaller than right). But now, if you slide through it, you can near-instantly aim wherever you want during the slide animation.

A simpler but just as effective application of the new tool is simply using it to move faster, adding even more options in various situations. As seen in Billy Bicep’s clip below, players have already discovered a build pattern that allows them to keep their slide speed high and consistent. There is so much potential application for this tech, including quickly and safely exiting a fight.

While playing the past few days with friends, I’ve been talking and thinking about future possibilities with the new mechanic. Imagine ramp-building while sliding into an enemy, building a wall, then editing through it for a fast and safe attack starter. Or sliding to instantly get low to the ground in a fight while building to mix up and evade an opponent. Or even simply sliding down a hill to keep mobile while shooting a target. It really feels like such a simple addition to the game, and yet it breathes new life into Fortnite, even for players like myself who may not be the most technically savvy with the game and its higher-level strategies.

But I can’t talk about the new movement options of the game without bringing up the new Spider-Man web shooter item. While playing Battle Royale mode, players may find bookbags containing one of Spidey’s most iconic tools. Upon equipping the web shooter, they’ll gain the ability to web-sling from structure to structure. This means swinging from trees, buildings, player-made builds, and even street-skiing with a tow from moving cars. Every time I’ve gotten my hands on this item, the game has quickly turned from Fortnite to Marvel’s Spider-Man, with some of the best web-swinging mechanics I’ve felt since playing that game. The environment becomes a new world of opportunity when the right player picks up the web shooter, thanks to the unprecedented level of mobility presented by this new ability. All that said, it may still not be worth seeing the nightmare fuel that is Batman and Superman with Spider-Man hands.

Fortnite has grown and changed a ton, and the game has only gotten deeper since launched in 2017. These new movement options, simple as they may sound, unlock a new door for the game and add so much to players’ creative freedom in both competitive and casual play. Here’s hoping that Epic Games delivers even more twists on player movement in the future.