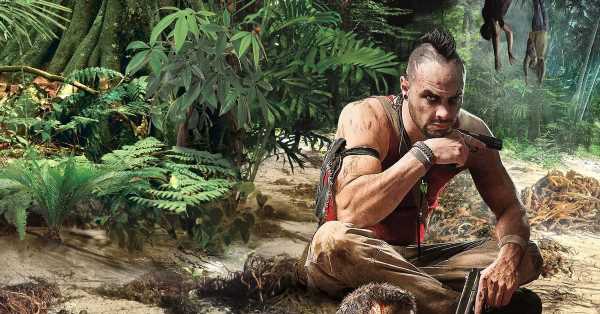 Far Cry 6’s season pass will add three villains from previous Far Cry games as playable characters, according to a video advertisement released ahead of Ubisoft’s E3 2021 press conference. That video hints at Vaas Montenegro from Far Cry 3, Pagan Min from Far Cry 4, and Joseph Seed from Far Cry 5 as playable content. “You are Vaas,” the video says, which has since been pulled following a copyright claim from Ubisoft.

The content appears dreamlike or hallucinogenic in nature, giving Ubisoft a narrative out for its Far Cry 6 DLC. Not that it’s ever really needed one; Far Cry 3 went full weird with its Blood Dragon DLC and Far Cry 5’s post-release content had players fighting zombies and Martian monsters, after all.

The revelation that Vaas, Pagan, and Joseph will return for Far Cry 6 certainly helps make sense of a tease from actor Michael Mando, the face and voice of Vaas, who said in 2020, “Vaas is my spirit animal – having co-created that character is something that will always be dear to me. I still get recognized as Vaas, and I still feel the outpouring of love for that character – makes me very happy. Who knows… maybe I will reprise the role very soon?”

Far Cry 6, by Ubisoft Toronto, launches Oct. 7 on PlayStation 4, PlayStation 5, Windows PC, Xbox One, and Xbox Series X, and Google’s Stadia and Amazon’s Luna platforms. The game stars Giancarlo Esposito as the primary antagonist; he is El Presidente, Anton Castillo, the autocratic ruler determined to crush an uprising bent on regime change. Our preview from two weeks ago has more.