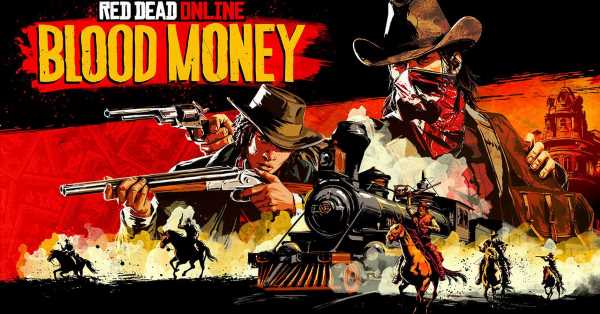 The next Red Dead Online update, Blood Money, is all about kicking ass and taking money. Blood Money starts off in the city of Saint Denis, and has players team up with an underworld power player. Unlike previous updates like the frontier roles, there is no starting cost; players can just jump into the missions without acquiring gold bars. The Blood Money update will begin on July 13.

Cowboys can embark on a new mission type called Crimes, which can be completed solo or as part of a Posse. Sometimes, you might be stopping a coach and robbing the passengers, and other missions are a multi-stage robbery with debt collecting, kidnapping, and other unsavory methods. This is all done in pursuit of a new kind of currency called Capitale, which has been stolen and distributed among the common low lives of the West. Players can earn Capitale through Crimes, or find innocent people with Capitale in free roam, at which point you can rob them and take that sweet, sweet currency.

The second new mission type is called Opportunities. Once a player accumulates enough Capitale, underworld contact Guido Martelli will send you out into the world to rob, undermine, and kneecap a rising politician. The first Opportunities will launch with Blood Money on July 13; more will come in future.

Blood Money will come with a new variation on the game’s season pass called the Quick Draw Club, which divides the usual structure up into four shorter tracks. Pamphlets previously available through the season pass that offer in-game benefits will be placed on sale at the Fence, so they can be acquired much more easily.

Finally, on July 13 both Red Dead Online and Red Dead Redemption 2 will offer Nvidia DLSS support for anyone on PC with eligible Nvidia GeForce RTX graphics cards. That’s a nice way to upgrade an already beautiful game, and re-explore the story campaign or take a look at Online’s new content.