Red Dead Online is still in its beta process. So far most of those upgrades have been incremental, like more cosmetics to unlock or new showdown modes. Today, Rockstar announced the most sweeping update yet, which expands on the co-op campaign, expands free roam, and even adds poker for a little flavor.

This update is intended to “strengthen and stabilize the foundational world of the Red Dead Online experience”, and notes that more updates of this scale will be coming.

We already know some of this patch’s improvements, including Offensive and Defensive playing styles that cut down on griefing and allow for a more tranquil experience. There’s also an overhaul of the Hostility system plus a lot more to cover.

Red Dead Online’s main story focuses around Jessica LeClerk and her quest for vengeance. The story ended with the first of her antagonists being gunned down, but there are still enemies out there. This update expands the co-op campaign, with both Honorable and Dishonorable missions. Honorable Gunslingers will be fighting the Des Lobos gang in Valentine, while Outlaws will be pulling off highway robbery and a St. Denis bank heist.

Both quest chains culminate with a showdown in Blackwater. The co-op missions in Red Dead Online have been strong so far, able to stand alongside Red Dead Redemption 2’s standalone missions, so it’ll be interesting to see how the story unfolds. 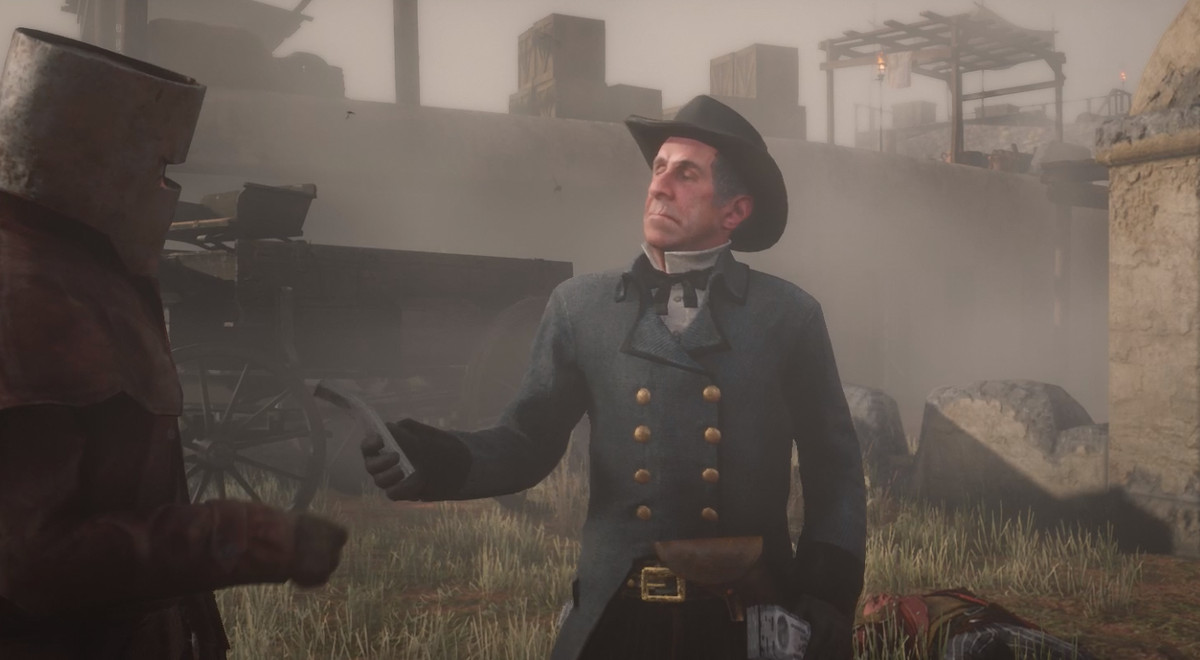 Free roam missions, also known as stranger missions, are one of the core gameplay loops of Red Dead Online, and have far more replay value than the co-op campaign due to the fact that you can interact with enemy posses along the way. We’re getting new free roam missions from the infamous Aberdeen pig farmers or Thomas the skiff captain, and more characters with quests will be added soon.

In addition, random events will now trigger in the world. A Red Dead Online cowpoke may now encounter travelers and folk in need of help … as well as opportunists and thieves. These random events can offer XP, cash, gold nuggets, and Honor.

If you find yourself getting killed in free roam, and you don’t engage in self-defense, you’ll gain the ability to ‘press charges’ while you respawn, which increases your attacker’s hostility and bounty value.

Poker is a perfectly cowboy activity to do, so it makes sense it has been added to Red Dead Online. Groups can play private, invite-only games with lower stakes and a friendly nature, or take a seat at a public table where the buy-in and rewards are higher. Six players can participate in poker, and tables can be found in Blackwater, Saint Denis, Tumbleweed, Valentine, and Flatneck Station. 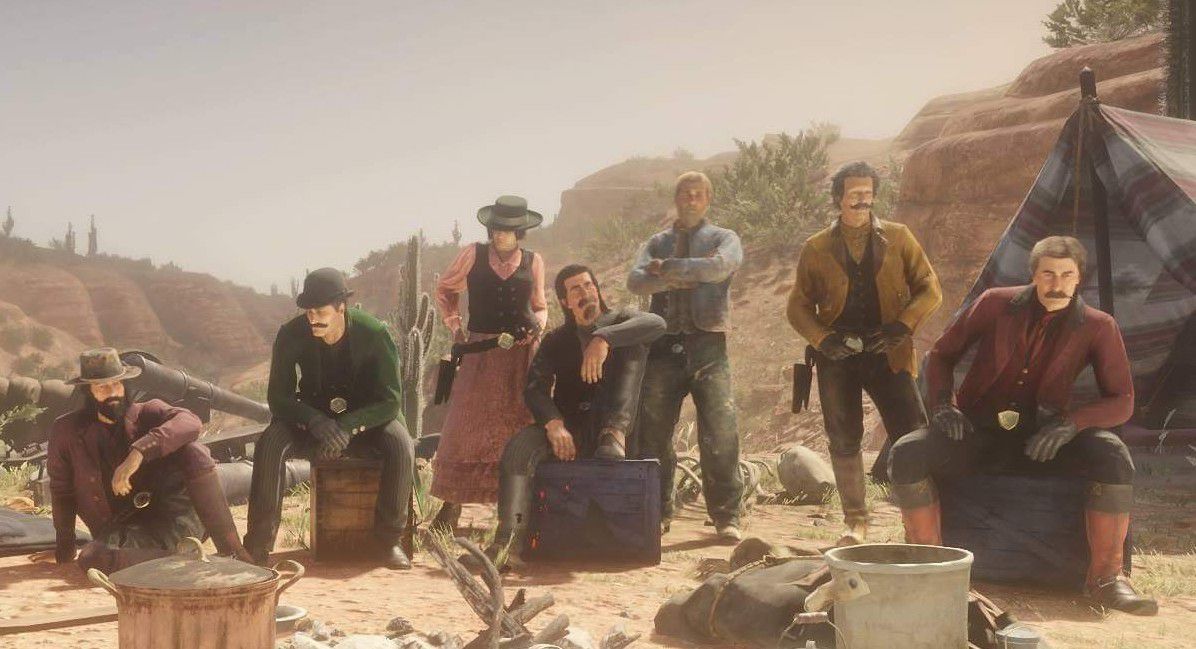 Posse Versus is usually used for a shoot out between two groups of players, but now players can use the player menu to start intra-posse battles for contests like catching the biggest fish, shooting the most flying birds, or gathering the most plants. This is a small change, but it reinforces the fact that Red Dead Online is aiming to be more than just shooting and showdowns. It wants to allow all players to compete, even those who just want to fish.

There’ll be a new showdown mode called Overrun, which works a little like Splatoon: Whoever controls the most territory at the end of the match wins.

The LeMat Revolver is now available for purchase as well, along with a new host of clothing items and emotes. Ponchos, patterned bandanas, and an emote where you flip players off are all now available for sale.

Auto-aim headshot tracking on enemy players has been removed, making it harder to one hit kill enemy players with a headshot. It’s still possible, but no longer can be achieved simply by locking on and flicking up on the right stick. To compensate, there are faster weapon swaps across the board, and fire bottles and dynamic light faster.

There’s a new control scheme, ‘FPS2’, which moves sprint to R1 and crouch to X, in response to community feedback. 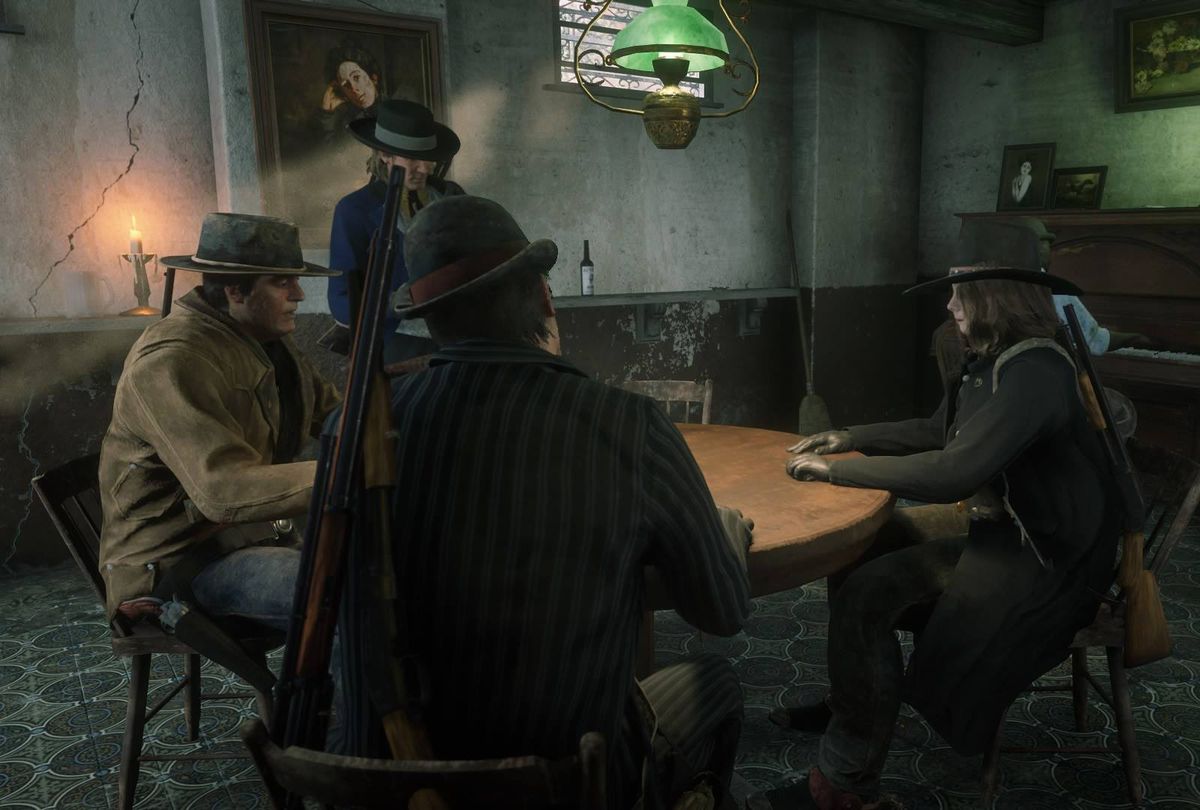 A few quality of life additions have been added, including a delayed global signal to every other player when you start free roam missions. The range at which players are notified is also reduced. You can also use the player menu to preset specific horses to game modes or missions, to prevent toggling and summoning new horses. Gold payouts are increased across the board and should up to double the amount for most activities.

Finally, as a thank you for beta players — and a welcome aboard to new players intrigued by these changes — all players who log on this week will earn 15 gold bars, find 25% more gold and cash in treasure chests, and get a 25% increase of XP for missions, showdowns, races, and events. Every time a player gains a rank, they will receive one gold bar for a limited time. All Ultimate Edition owners will get $100 in in-game cash and the Throat Slit emote for free, which is a nice little bonus.