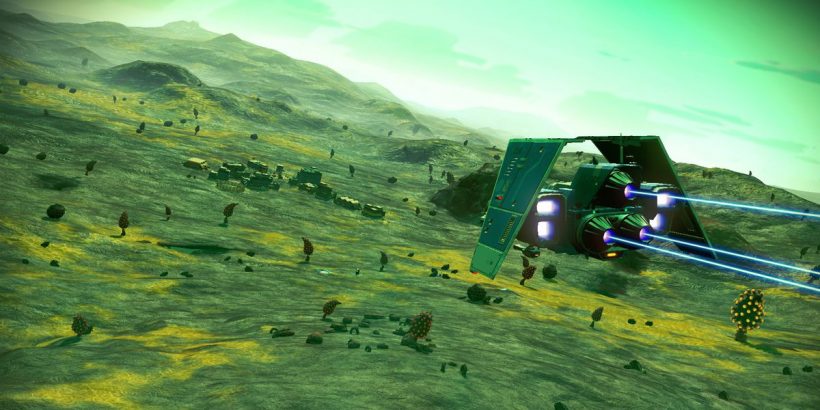 No Man’s Sky’s new Frontiers update adds a fun new element to the game: the chance to discover struggling little towns and give them the civic guidance they desperately need. Released in early September with the 3.6 patch, Frontiers doesn’t radically transform the space exploration game, but it adds a nice layer of texture to your usual rounds of exploring planets, completing quests, and fighting Sentinels. There’s just one problem: I want to be friends with my townsfolk, and No Man’s Sky can’t quite let me do that.

When I show up in my new frontier town of Sporeholm, the Vy’keen aliens will wave at me and give me a couple of lines of dialogue where they thank me for my service or complain about Sentinel robots attacking them. I can see little status effects about their lives. Conscript Tourka will be “plotting” or “happy with the Overseer’s latest decisions,” while a planetary expert might be “upset about lodgings” or “thinking about revenge.” These are fun — or a little ominous — but there’s not much meat on the bone.

Yeah, me too, buddy.
Image: Hello Games via Polygon

Once I’ve found my feet, I get to start managing my settlement. I have to track my charges’ happiness and safety, and make economic decisions about the future of the town. Do I build a nice shopping district, or a weapons manufacturing factory? It’s fun to watch the town slowly expand, from a teeny-tiny wreck to a sprawling metropolis with a spaceport and a thriving economy. My settlements are a cool place to vibe and take pictures, so I’m glad to visit them. It’s nice to have a safe harbor after visiting worlds full of storms and volcanoes.

The issue is that everyone living there sucks. I don’t expect this to turn into a game of Crusader Kings 3, but resolving conflicts and keeping my citizens happy is shallow and simple. I check my terminal and see a conflict: One scientist says that another guy ripped him off, and the game tells me the accused has a history of being rude. I gotta make a call here, and there’s not a lot of data to work with. I want to talk with this suspected thief and ask him some questions, or compensate the scientist out of my own pocket, but those options aren’t available. Instead, I’m herding cats here, and making a simple choice to blame someone so I can get them both out of my hair.

At one point, I sent a small group of Vy’Keen warriors off on a desperate expedition to strike back against the Sentinels attacking them. The expedition failed, and I lost two of my citizens. I felt nothing. How could I? The game never gave me a chance to connect to them.

There are also periods of downtime between events and construction jobs that can last a couple of hours, so you’re not rapid-fire knocking out construction tasks and solving disputes. Instead, it’s a drip feed. When you have a few different settlements and other priorities to take care of in No Man’s Sky, it works out. But when you’re just starting out and trying to see what the update offers, it feels slow without much payoff. Hopefully Hello Games continues to build on these systems, and I can have a town full of friends.