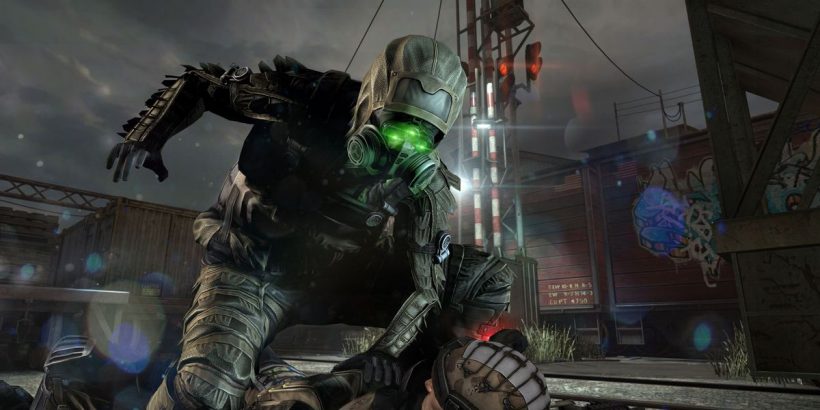 Video Games Chronicle sourced its report to two unnamed persons with knowledge of Ubisoft’s plans. Lead development on the Splinter Cell game is being handled by a studio other than Ubisoft Montreal, which developed the first of seven games in the nearly 20-year-old series, and three of the others. Ubisoft Toronto handled the most recent, 2013’s Tom Clancy’s Splinter Cell: Blacklist for PlayStation 3, Wii U, Windows PC, and Xbox 360.

There is “a small chance” this Splinter Cell game could be announced next year, VGC said. Polygon has reached out to a Ubisoft representative for comment.

In early October, Ubisoft announced Tom Clancy’s Ghost Recon Frontline, a 100-player free-to-play shooter, would delay a closed technical test that had been scheduled for Oct. 14. Ubisoft’s statement gave no reason for the delay, but the publisher had to have noticed the extreme disappointment expressed in community spaces like the Ghost Recon subreddit and the announcement video’s YouTube comments.

Reaction to the free-to-play shooters Tom Clancy’s The Division Heartland, a follow-on to The Division, and XDefiant, a mashup of three Tom Clancy series (including Splinter Cell) likewise drew complaints that Ubisoft was not listening to fans and their pent-up demand for Splinter Cell. A comment to investors in May that the company was prioritizing development on free-to-play adaptations of the company’s highest profile series didn’t help Ubisoft’s image with fans, either.

Ghost Recon’s most recent game, 2019’s Breakpoint, was very poorly received by the Tom Clancy’s community, which felt it wasn’t differentiated enough from the more action-/less tactics-oriented The Division 2, which launched seven months earlier. In the case of Breakpoint and Frontline, fans have expressed disappointment that Ubisoft no longer seems interested in developing a single-player stealth-action game with a linear narrative.

The announcement in September 2020 that a Splinter Cell game was on the way — but for virtual reality systems — was likewise panned by Splinter Cell loyalists. Before E3 2019, Ubisoft chief executive Yves Guillemot told IGN that the company had been holding off on reviving the Splinter Cell series until they had an idea for a uniquely different sequel.

“When you create a [sequel] you have to make sure you will come with something that will be different enough from what you did before,” Guillemot told IGN. “Last time we did a Splinter Cell, we had lots of pressure from all the fans saying, ‘Don’t change it, don’t do this, don’t do that.’” Guillemot went on to say “at one point you will see something, but I can’t say more than that.”