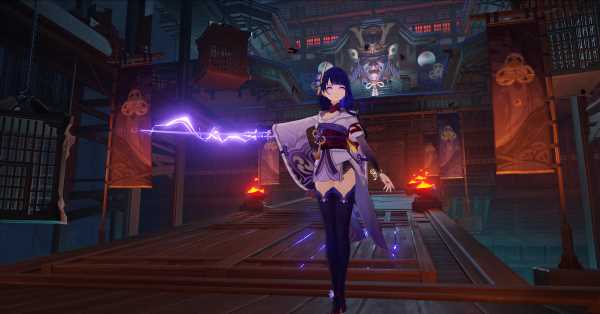 Genshin Impact’s giant update, The Immovable God and the Eternal Euthymia, is getting more content on Sept. 1.

The 2.1 update, “Floating World Under the Moonlight,” will bring the main storyline in Inazuma to a close, and add new characters, additional boss fights, and two new islands to explore. And fishing is coming to Teyvat. (Everybody’s doing it!)

Genshin Impact developer Mihoyo released a trailer teasing some of the 2.1 content on Friday. It showed combat gameplay from new characters and a cinematic of Scaramouche laughing maniacally as the Traveler falls to the ground and blacks out — suggesting some sort of confrontation between the two.

The update will bring new playable characters, including fan favorite Raiden Shogun (the Electro Archon also known as Baal) and Horizon Zero Dawn’s Aloy. Aloy will join the Genshin Impact cast in the 2.1 update as a free five-star archer, but comes first to those with PlayStation consoles via early access. Aloy and Shogun will be joined by Sangonomiya Kokomi, a five-star who wields the power of Hydro and is a catalyst, and Kujou Sara, a ranged attacker with Electro attacks.

As for fishing, Mihoyo said in a news release that “players can soon go angling for a variety of fishes across the continent of Teyvat,” which can be used to produce fish meat of exchange for rewards.