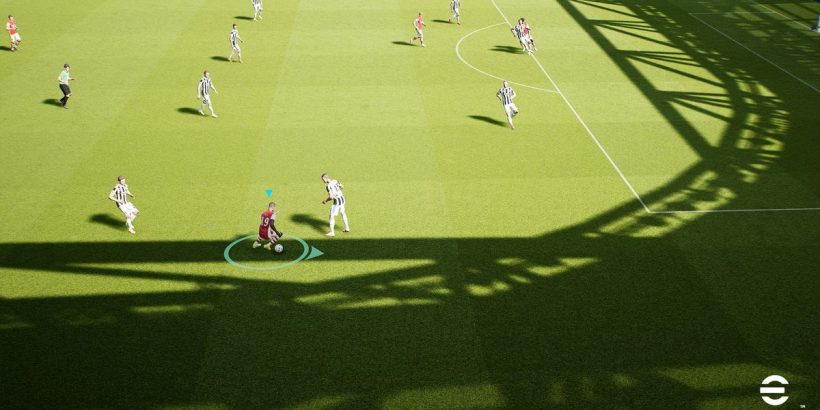 eFootball, the renamed, free-to-play successor to Konami’s Pro Evolution Soccer/Winning Eleven franchise, launches later this fall with a new engine (Unreal 4) running the gameplay. Konami on Thursday published a six-minute trailer showing what that’ll look like, and what players will be able to do with eFootball’s reconstituted attacking and defending controls.

Konami’s developers are focusing on the one-on-one confrontations in soccer, and they’re opening up the ball-handling system to allow attackers more moves to break down a defender. At the same time, defenders who are able to anticipate their opponent’s passes and dribble moves should have a better shot at taking control of the ball — making counterattacks deadlier on their opposition’s side of the pitch.

Also on defense, players will use their size more in an effort to win the ball — and a redone system for officiating fouls, Konami says, won’t punish players for leaning into this new capability. A new camera — one that zooms in on one-to-one duels — will support this by bringing these feints and shoves up close, to give the player a fuller sense of what’s going on.

Some of the animations look a little floaty and jerky to me. The result of all this work may be a more realistic or varied direction of travel, or more realistic outcomes when contesting the ball, but I can still see little instances where the game is switching to a different player movement without an animation to support it.

So far, one hopes. This game should be considered a work in progress, as eFootball still doesn’t have a concrete release date; some of the moves (like a sharp kick, leading to lofted passes or rising shots) won’t be available until a future update, even. eFootball is now fully a live-service game, with a development roadmap that suggests that many systems, modes, and features (such as cross-platform matches) will be coming after launch.

As a free-to-play game, eFootball will be monetized with a battle pass system, called Match Pass, that will offer tiered rewards and the option to buy them outright, similar to what players see in Rainbow Six Siege, Fortnite, F1 2021, and other battle pass games.